Give me half decent customization options and I’ll easily sit at a character creation screen for over an hour. Twenty minutes on the jawline alone. Even if it’s just a list of defaults I’ll match every hairstyle with every kind of eyebrow available, with every mouth, with every shape and color of blush offered. It’s a silly process of chin stroking where I interrogate myself over tedious details. Bangs? No. How about blonde hair with darker eyebrows for contrast? And the default earrings look nice, so let’s wear that hair up. Bring the nose forward a bit more, no, that’s too much. Raise the cheekbones, a little eye shadow, perfect. And once I hit ‘Create’  the loading screen will fade to black, its reflection revealing a grown man. What am I doing here?

That I’m essentially playing with digital dolls makes me a little self-conscious, toy soldiers and Lego were really more my thing as a kid. But when it came to gaming I quickly developed this habit of playing the opposite sex at any opportunity. It went from the character creation screens of MMOs to those of more personal, choice-driven stories. I’d start playing favorites in games with party systems, always sure to bring the heroines of the adventure along. Within fighting games, too, even on a somewhat competitive level, I’d find myself only playing the girls of the roster, whether they were functionally ideal for me or not. If you ever looked at DLC offering nothing but cute costumes and wondered who’d buy such a thing, that would be me.

I’m not sure how this preference came to be, and by now it’s developed into a clear bias. People are talking a lot about this new Devil May Cry reboot, for example, and let me just say that I would have thrown money at Capcom if they had made a female Dante. Thrown. Instead, I’m just waiting for the price to drop. Ramblings of a fanboy’s personal wish list aside, I can’t help but wonder how weird this passion might sound. Perhaps it’s a preference I should be comfortable with by now, yet after all these years there’s the same air of insecurity about me at that computer screen. As if somebody’s watching over my shoulder, mocking me as I make the final touch-ups to a woman’s face.

Certainly the habit of not only designing her appearance but then also assuming her role has deeper implications, else where would this tinge of guilt and insecurity come from? Nor am I the only one who gets defensive over this practice. Ask any guy why he prefers the female option and he’s likely to deflect the question with a noncommittal shrug. At best you’ll hear how he’d rather stare at a woman’s behind for hundreds of hours instead of a man’s. The shallow justification neglects that the eye candy in question is our own avatar, and we do much more than stare at her form. Through her we interact with the world and she represents us within it. In relation to the game, we are her. But to think too deeply about a man’s choice to play as a lady is frequently seen as an attack on his masculinity.

In my early days of World of Warcraft I actually played as a male Orc warrior (seems nobody finds the desire to be big, green and nasty unusual), but as soon as the expansion hit I tossed that hulking monster aside like an outdated action figure, exchanging him for a female Blood Elf. It wasn’t even a question, no, in fact, it would have been dishonest for me not to play as one. The ensuing awkward confrontations with friends and online acquaintances would be unavoidable, but I’d cope with it, laugh it off, and they’d adapt. Gender crossplay is nothing new, after all, and to be comfortable as myself in an MMO is worth any level of discomfort brought from others. It was a beautifully designed character and I wanted to play as one. Simple as that. 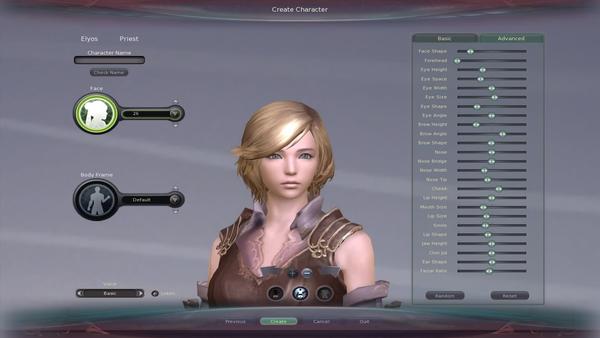 Of course, it wasn’t all that simple, nor is it an entirely aesthetic decision. It’s true there isn’t much else going on at the creation screen beyond an effort to create an ideal beauty and if the models offered don’t align with my personal taste for the feminine form, I find myself rolling males instead. Still, the act of playing these characters means engaging on much more than a visual level. Sex appeal does seem to factor into this, and the need to play as not just any woman, but an attractive woman, invites Freudian analysis of the underlying desires: Men creating idealized virtual partners or expressing feminine identities.

Perhaps this holds true for some. I’m not one to dismiss the possibility, nor am I here to speak for all men. Personally I find that hypersexualization of female character designs degrade the experience. Games such as TERA Online feature beautiful women, indeed, but why do their armor options range from lingerie to chainmail bikinis, and why can they only cast spells with a generous gyration of the hips? I can’t take such a world seriously, nor would I be able to take myself or my heroine seriously while partaking in it. I admire my characters, male or female, and to see them made into commodities instead of people is insulting on a personal level. In a way, my experience gender swapping has made me more aware of the issues of sexism apparent in our industry.

But how deep does this personal connection to our avatars – the idea that I am her and she is me – really go? I can’t help but disagree with the notion that anyone actually believes they are playing from a completely first person perspective, nor, conversely, that gaming is strictly a matter of third person observing. It has to be something in between. We are the puppeteers, but at the same time our puppets are much more than simple objects and their strings attached to much more than our fingers. For me, having a female ambassador represent me in a fantasy world just pulls the right strings, ones that I’m never able to pull in real life. They are a solution to my identity crisis, and though many see videogames as mere escapism, it is in that fiction that I look for a clearer picture of myself.

Behind that reasoning I think that yes, it’s partly a desire to be emasculated. I say this as a fairly boring hetereosexual male who uses the term ‘bro’ far too liberally for his age, but also as a guy who’s dealt with his share of social anxiety and pressure. As an introvert, I often try to blend in with the crowd, however uncomfortable or unnatural that may feel. I’m open with a small circle of friends, but outside of that I’ll try to misdirect attention to myself. To go against the grain of society’s expectation is the hook that gaming offers for me. Entering a world as a woman, escaping your own sex and the roles assigned to it and then overcoming them all at the same time is something I find fascinating. Especially in an industry that continues to churn out clones of the same male heroes, as if every man likens himself to that outdated ideal. 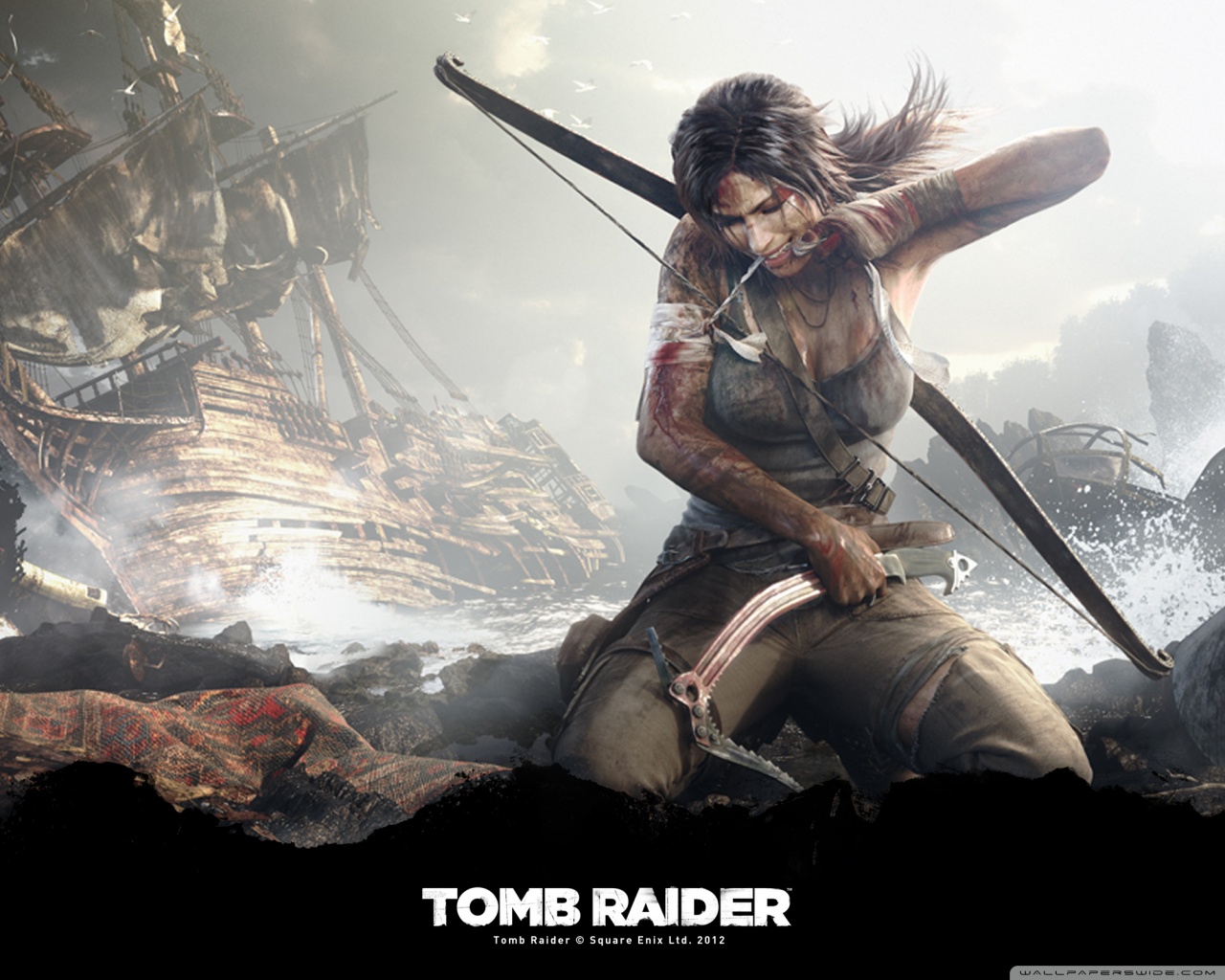 Instead I look to my Blood Elf paladin and see power hidden behind beauty, strength in the form of grace, a petite woman, but one adorned in plate armor and carrying as many hit points as any man. She is compelling. A sort of underdog complex brings me to half-agree with the controversial comments of Ron Rosenburg, executive producer of the upcoming Tomb Raider game. He admitted that when a female character (in this case, the new Lara Croft) faces adversity, “you start to root for her in a way that you might not root for a male character”. I can relate to that. But what had people riled up and me shaking my head was his earlier labeling of the player as Lara’s “helper”. The implication that I’m a guardian of virtual women, it’s never how I interpreted that relationship. Far from it, it’s their own courage that I find inspiring.

And so when people question why I play as a girl, I think the real source of embarrassment comes from just how personal the answer is for me. All of the characters I’ve created and brought to life, all the heroes and heroines, tragic and dashing, all these avatars, at one time or another, existed as extensions of myself, and in them my aspirations, insecurities and curiosities. Why a girl? Well, then why a boy? Why a dwarf? Why an ogre? It’s like asking “What makes you, you?” I make these choices to express the sides of me that aren’t. Right now, after all this talk of gender, that might well be heavy lifting and a cold beer. But soon enough, it might be worrying about my makeup and styling.