80 Days is an adaptation of Jules Verne’s novel Around the World in Eighty Days. It manages to do everything you want from an adaptation, and quite a lot of other things too.

Philieas Fogg and his manservant Passepartout are still on the journey around the world and have, relative to the period, an absurd time limit in which to accomplish the feat. Except you are not playing as the English gentleman, but the humble manservant. You do not have a predetermined route to follow on the trip, that will be drawn up on the fly, as will your ability to pay the fares. The year may be 1872, but 80 Days is a work of steampunk with all the wonder of fantasy mechanical ingenuity that comes with the genre.

The player has a wondrous world to play tourist in. Over 200 cities dotted around the globe and stories to be found in each one of them. It’s a grand achievement in worldbuilding delivered impressionistically to us through the text passages and the choices we make. However, it’s in knowing and understanding the original novel that 80 Days shows its true brilliance.

Around the World in Eighty Days was a product of its time. It may be a classic adventure novel, it’s also racist, sexist and imperialistic as all hell. At the height of the Victorian era, it’s hard to see how it couldn’t be. Meg Jayanth recognizes the faults in the novel and, instead of sweeping the issues under the rug, makes them a centerpiece of many an adventure. By extension 80 Days becomes a commentary on the steampunk genre as a whole, which has mired itself in the attitudes of the time in which the fiction is set. Imperialism is not the order of the day, but actively being fought against by native populations. Women are not invisible, but are everywhere in every conceivable position: captains, engineers, mothers, princesses, shop owners, card cheats and more. The people of lands other than Western Europe are no longer othered and depicted as savage, but shown as trying to get along in the world just as anyone would expect them to.

As an adaptation, 80 Days did it right by the novel by keeping its core intact: the excitement of travel. It also did right by the adaptation and created something new and fresh out of old ideas.

There’s a magic to Monument Valley that captures nostalgia while still presenting players with something new. It’s hard to say whether the game capitalizes more on the artwork of M.C. Escher or on the premise of Jim Henson’s Labyrinth (which, in turn, borrowed heavily from Escher’s aesthetics) but either way, it had me at hello. As I play, I feel like I’ve been in this world before and can connect on both the ludic level and narrative level almost instantly.

To that end, the narrative is one of not only finding your way through a puzzling landscape, but of finding your way home. For the protagonist, the world is her own, but it’s also been altered since her last visited. Thus, the familiarity you feel with the levels alongside the puzzle of navigating them is mirrored by the protagonist’s journey too.

And wow, is this game fun to move through. While the puzzles themselves aren’t difficult, the ways they toy with your perception of space are enchanting. You twist the environments in ways that navigate between real logic and a logic that is only plausible, yet ideally so, in the game space. The fact that the manipulation of the game is a purely tactile one, given the games mobile phone platform, only adds to the enjoyment: you really feel like you’re warping and twisting the levels with your fingertips.

Lindsey Joyce’s life goal is to get Hamlet on the Holodeck. In pursuit of that lofty end, she writes, edits, and works to finish her PhD in the field of interactive narrative systems. She is currently the Managing Editor for both Haywire and Five out of Ten Magazine. Her written work can be found at Critical Distance, Kill Screen, First Person Scholar and on her personal blog TheJoycean. You can follow her on Twitter. 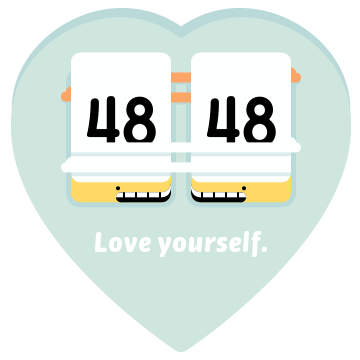 Easy to look at and easy to play are the two staples of successful mobile games, and Threes! epitomizes those two principles. This is why people are addicted to games like Candy Crush Saga and continue to play Bubble Bobble or Tetris.

Threes! is a puzzle game in which players slide around numbered cards on a four by four grid trying to create the highest number, in multiples of three (hence the name) and thus, the highest overall score. Competing with friends in its online leaderboard is also part of the game’s addictiveness.

The game calculates a player’s score by adding all of the numbers on the board up once the player runs out of moves by running out of free spaces on the grid, so it becomes a game of learning to think ahead, but not necessarily a game of planning ahead, since new cards are added to the board in a random spot on the side opposite of the player’s last move.

Just the concept alone sets Threes! up for success, but the top-notch minimalistic graphics and the personalities of each card help add more fun and depth to the game, especially when you aren’t coming anywhere near the top of the leaderboard.

Originally coming out for mobile devices, Threes! moved on to the Xbox One later in the year, all the while spawning free-to-play clones such as the popular 2048.

Zac Davis is a graduate from Shippensburg University with a degree in Communication/Journalism, but he took a job as a software developer. He now writes about videogames and technology in spare time and hosts the WKND Gamer podcast every weekend. 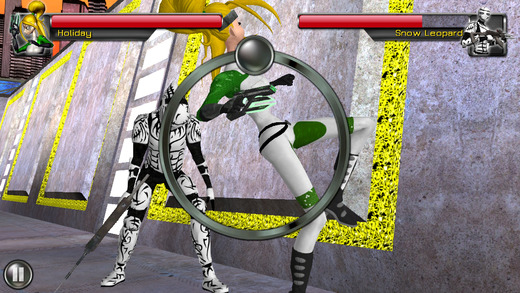 Revolution 60 deserves to be a game of 2014 because it succeeds and thrives on one incredible idea: That there is a slightly different audience for action games, that those players exist on platforms and in genres we already understand, and that by making a game tailored to that unheard audience, something cool and new and awesome can happen.

That idea gave birth to Revolution 60. It’s a spy game about dancing. It’s a dialogue tree filled with sharp language and sudden-yet-inevitable betrayals. It’s a combat game for iOS that doesn’t hide its core gameplay behind in-app purchases, and it’s a strong reminder that mobile games can be more than time wasters, that they can be awesome.

Seriously, how great can this get? You can be squaring off with a big brute blasting out three different patterns of attacks, your hands tapping several moves ahead as a rocking soundtrack gives you a rhythm to match the flow of the characters. Then with a few quicktime events, time slows down as you land the crucial blows that will make or break victory. It’s a system that shows room for strong potential growth that works in the here and now.

Revolution 60‘s story is boilerplate, but thankfully sincere. It needs no mind-bending plot twists, no inversion of mechanics, it all acts in service of an audience seeking the same wish fulfillment that comes with a fourteen button controller, but uses core human senses of rhythm and snap judgements to land the blow. Revolution 60 deserves to be one of the canon titles of this point in mobile games history, and with hope, it can be part of a wave that encourages faith and strong ideas in the platform, and its newfound audience.

Bryant Francis is a games writer based out of Los Angeles who’s written for Gamasutra and The Jace Hall Show. See more of his work at website or find him on Twitter. 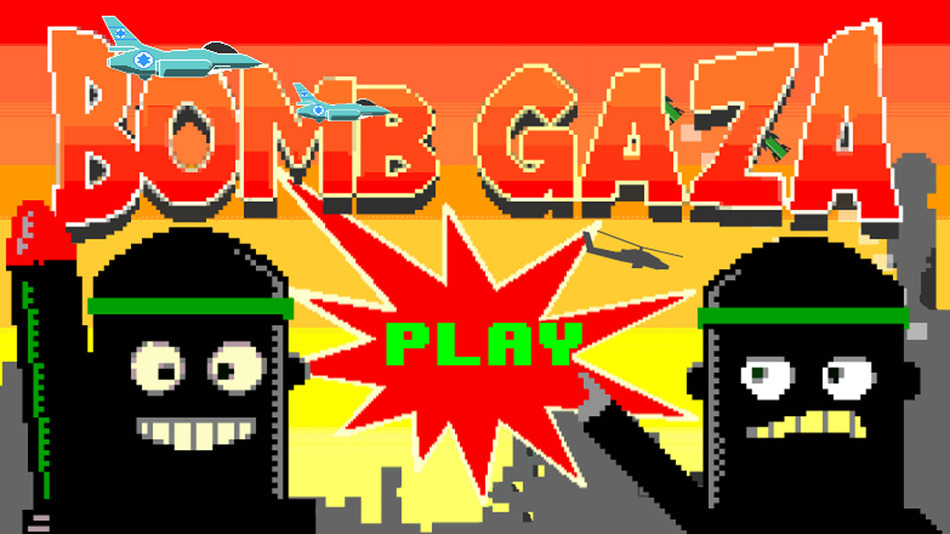 I want to remind everybody that these are not endorsements, they are vignettes on games our guests consider worth talking about, for any reason – Joe Köller

Sometimes I try to imagine what it would be like if games really were a mature medium that could treat even the most difficult of topics in an appropriate fashion. Could games change things for better? Could they lead to a better understanding of the world in a way other artforms  can’t?

In July 2014, during the latest atrocities in the Gaza region, I decided to see what games had to say on the subject. If there are documentaries, feature films and theatre performances about this complicated topic, why shouldn’t there be games? If there was a game so far removed from toy status to be able to approach the matter – the wars, the propaganda, the deep misunderstandigs – artistically and even increase people’s awareness or make them question their beliefs, games would surely have earned their place in the pantheon of fine arts.

Then I went to the absolute worst place to search for such a game, Google’s App Store, typed “Gaza” into the form and was inevitably deeply disappointed. For many people, making a mobile game about the war was a matter of days or weeks. All of them were bumbling copies of the simplest arcade game mechanics, draped in the propaganda of the author’s respective “side”.

Bomb Gaza is exactly that, and the only reason I remember it is because Google deleted it some days later following complaints. In this game, you shoot rockets from an IDF plane and hit houses occupied by both militants and civilians. In the end dead Hamas fighters and unarmed innocents add up to the highscore. Does the game promote killing all Palestinians? Does it mean to suggest the Israeli military would keep such a cynical highscore? I don’t know, and I seem to have given the matter much more thought than the game’s creators.

Meanwhile, I’m still looking for the game that will prove games’ political maturity.