If you could see your future and change your fate, would you do it? I kept returning to this question as I heard the snow crunch under my feet walking in the woods of Year Walk, a story based on a vision quest practiced in 19th century Sweden.

The story begins with a lover telling me she’s choosing to be with someone else, and begging me not to go on a year walk where I would find out if I was the right one for her all this time. It feels like I’m alone, but there are creatures watching my every move as I attempt to solve puzzles in darkness.

This surrealist horror game is an experience unlike others in a similar genre. There’s no threat to my life because nothing can kill me, and I have to interact with these terrifying creatures in order to get closer to the truth, rather than attempt to fight or kill them. The result is what I would consider to be truly frightening – the demand to confront monsters so they reveal a truth that I was too stubborn or afraid to hear from my lover’s mouth.

I cannot express how much this game has impacted me, and how I respond to games. Simogo have outdone themselves with Year Walk, and possibly since ruined every game for me. 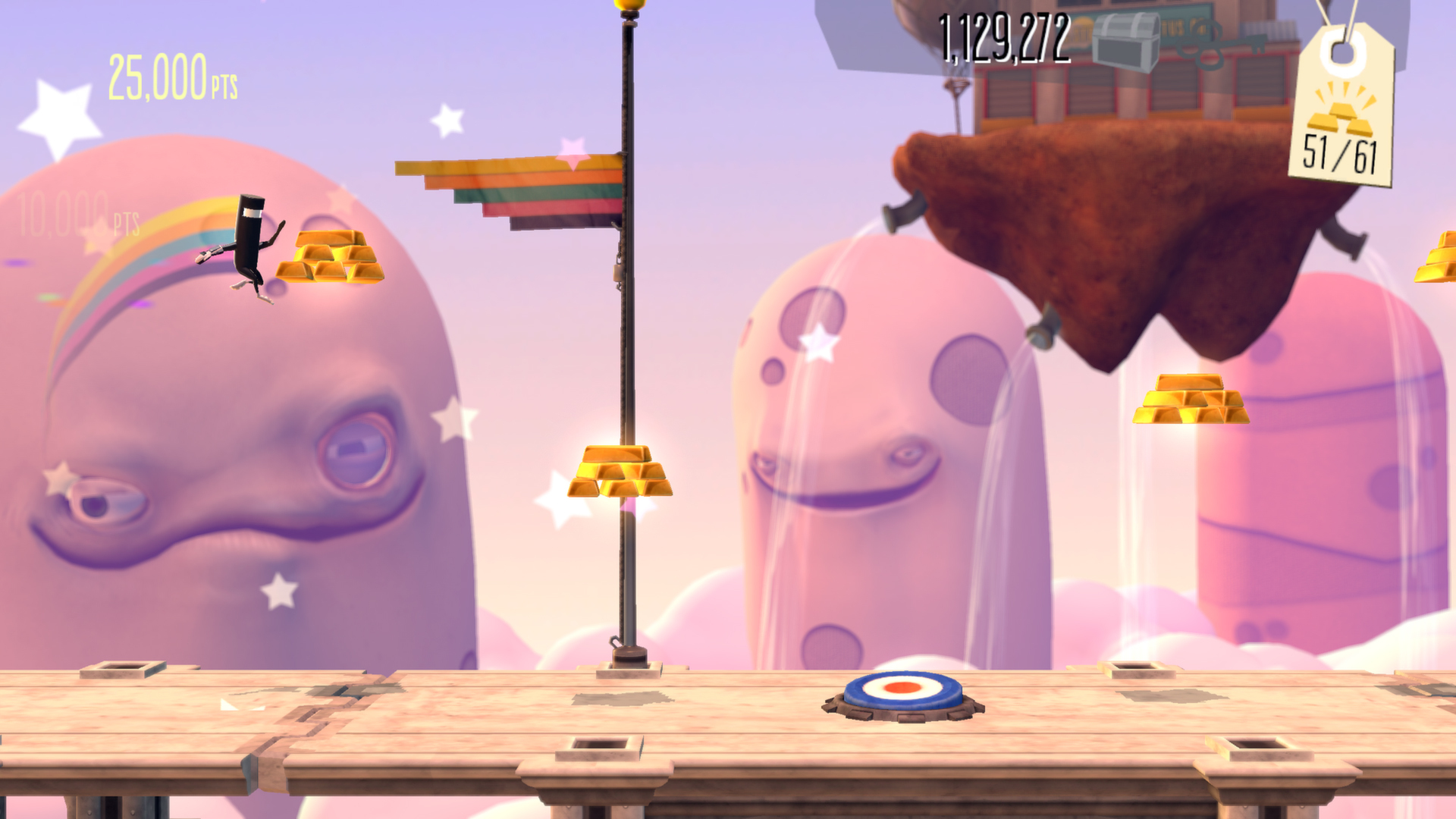 Many games in 2013 were musical in short bursts, from Rayman Legends to 140, as well as the puzzle-heavy blunder Beatbuddy, but none were so consistently melodious as the elaborately titled Runner2: Future Legend of Rhythm Alien.

It’s not terribly innovative to treat platforming as a rhythmical activity, but rarely has that focus been afforded so much care. It’s really all in the execution here: The game’s 2D tracks become your sheet music, while enemies and obstacles serve as notation. There’s always enough leeway to add your personal, potentially panicked touch to the song, and always enough empty beats to squeeze in a few sick dance moves.

That’s all it really takes to make a satisfying experience, but Runner2 just keeps adding sugar on top with delightful visuals, charm and humor, and Charles Martinet hamming it up in cutscenes and a set of in-universe ad-reads. I really don’t have anything interesting to say about that, except you should watch some, and then play the game. 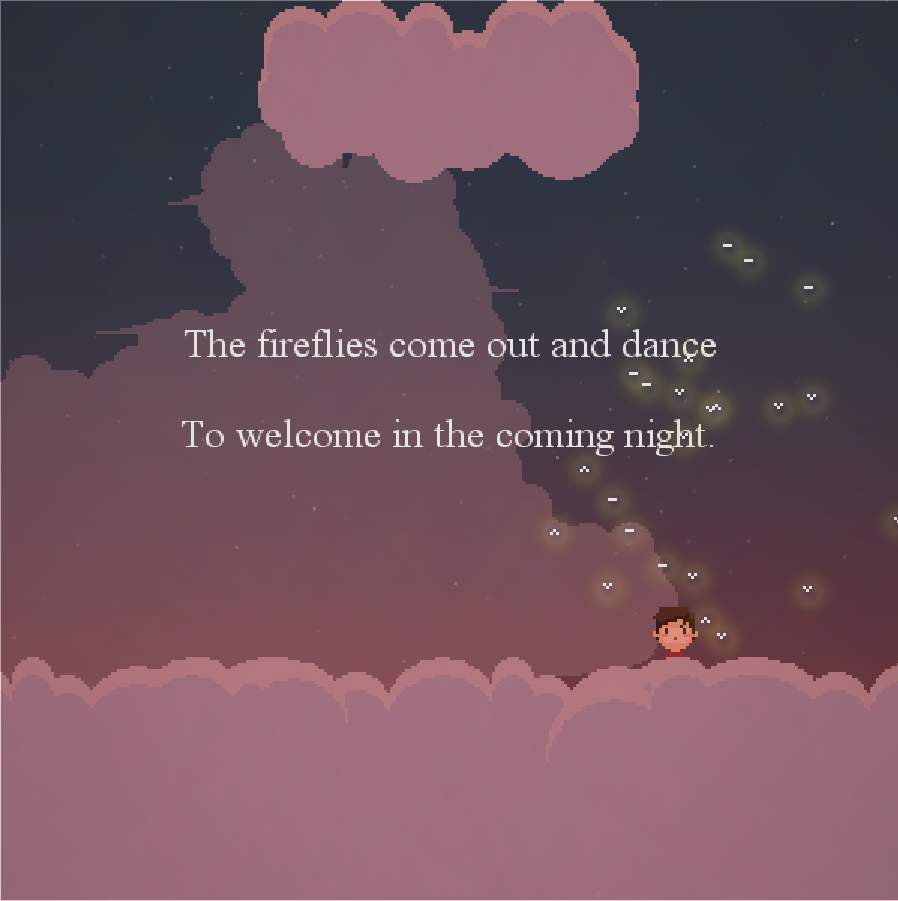 Castles in the Sky

When talking about Castles in the Sky it’s tempting to throw out the phrase “ludic lullaby” – and it certainly is that. But it’s also something of a rarity: an indie game designed for children or, at the very least, a game designed to be played with children. It’s a deceptively delicate work that’s subtle on the palate in a way that suggests simplicity, but is actually highly refined and polished.

Players jump from cloud to cloud as a poem plays out in the sky behind them, climbing ever higher as night falls and a serene piano piece lilts in the background. It’s hard not to sense influence from Ferry Halim’s Orisinal collection – a basic mechanic set wrapped in saccharine, gorgeous, yet modest presentation. Unlike Halim’s work, however, there’s no emphasis on score, or even the system itself. It’s very much about the texture of the experience, utilizing some of the best parts of That Game Company’s light, floaty play aesthetic in order to evoke a response that might best be described as “gently soothing.”

The way the player avatar’s hair bristles freely in the wind gives the game a sense of freedom and openness despite its constrained field of play. The way the background slowly fades from a bright blue day to a purple-hued evening marks the coming of night. The way whimsical or even fantastical imagery is juxtaposed against mundane clouds generates a perception of encroaching surreality. Each element of this game might seem trivial to implement, but when experienced together, they provide a sense of peaceful, gradual surrender to sleep. 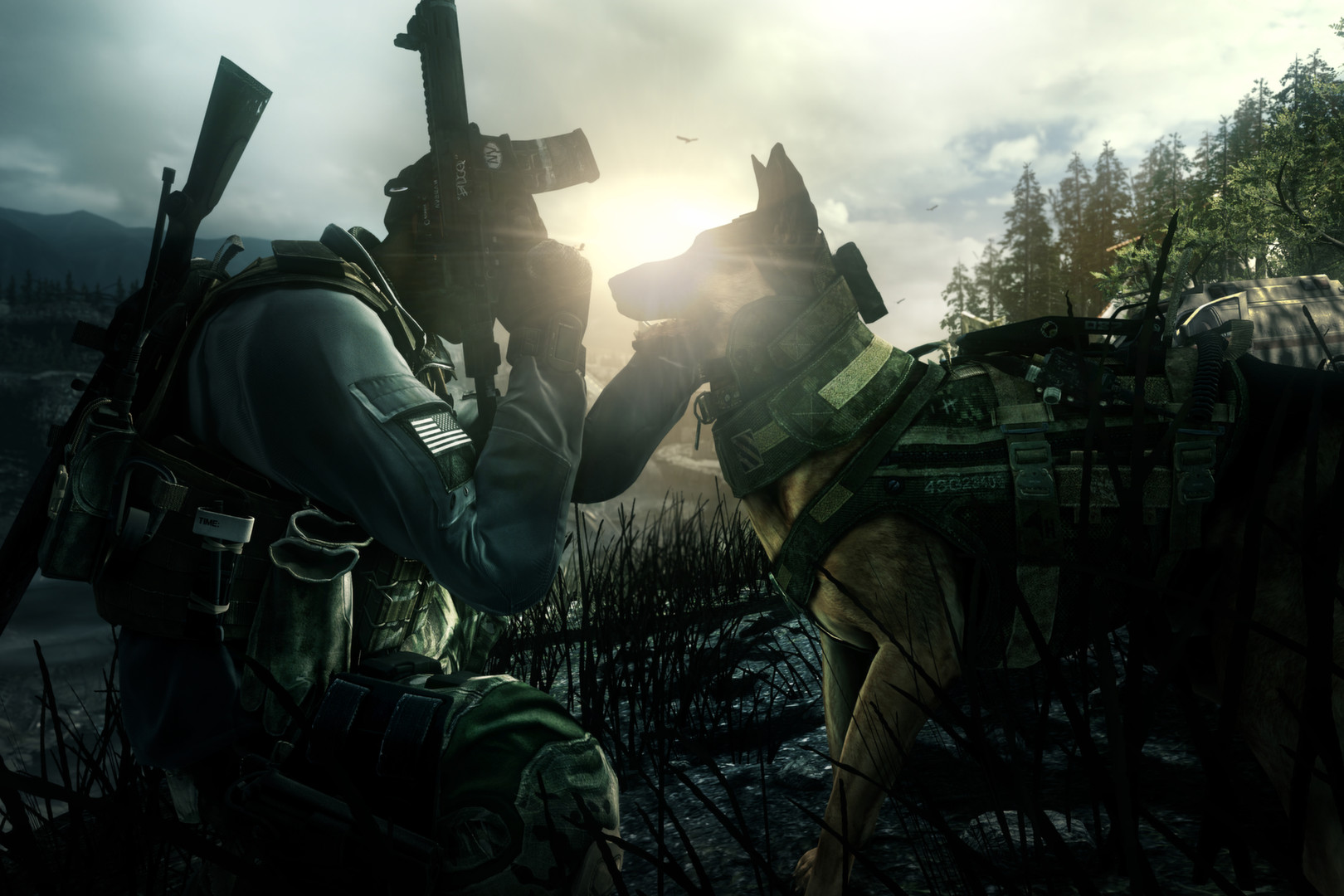 ‘Cranked’ is one of the new multiplayer modes in Call of Duty: Ghosts, or what I call pure stress relief. With every kill the player gets juiced with faster move and reload speed, and receives a 30 second self-destruct timer. Then it’s a highspeed hunt around the map, chaining kills to refresh your death clock while compounding experience points. Twitching at any hint of movement, smacking clips into my silenced Honey Badger rifle with a German Sheperd following loyally at my heel? I have no trouble calling this the best multiplayer shooter of the year.

Not just for a reimagined Deathmatch, but for other aspects as well. Map sizes, for example, are on average much larger than before. Modes like Domination, where teams battle to hold control points, now have the necessary scope of mountain villages and swamplands to make those areas of contest interesting. Even the cluttered train yards and factories feature an overwhelming amount of angles that leave me vulnerable at every turn. I’d even argue that the reportedly broken spawn system, in combination with notably lower hit points per player, only serve to the intensity of Ghosts.

Of course, an unmentionable campaign and a PC port so lazy the menus still show prompts with Xbox buttons certainly can’t be ignored, but somehow I managed to get a lot out of Ghosts, despite its awkwardly timed release in the twilight between console generations. Few other shooters are this painless, and its monopoly on reward centric game design doesn’t seem to be losing much impact, even under a vicious time table of annual releases. I still like leveling up, I still like shooting things and, at further risk of sounding pubescent, the new guns look awesome and I think German Shepherds are freaking cool. 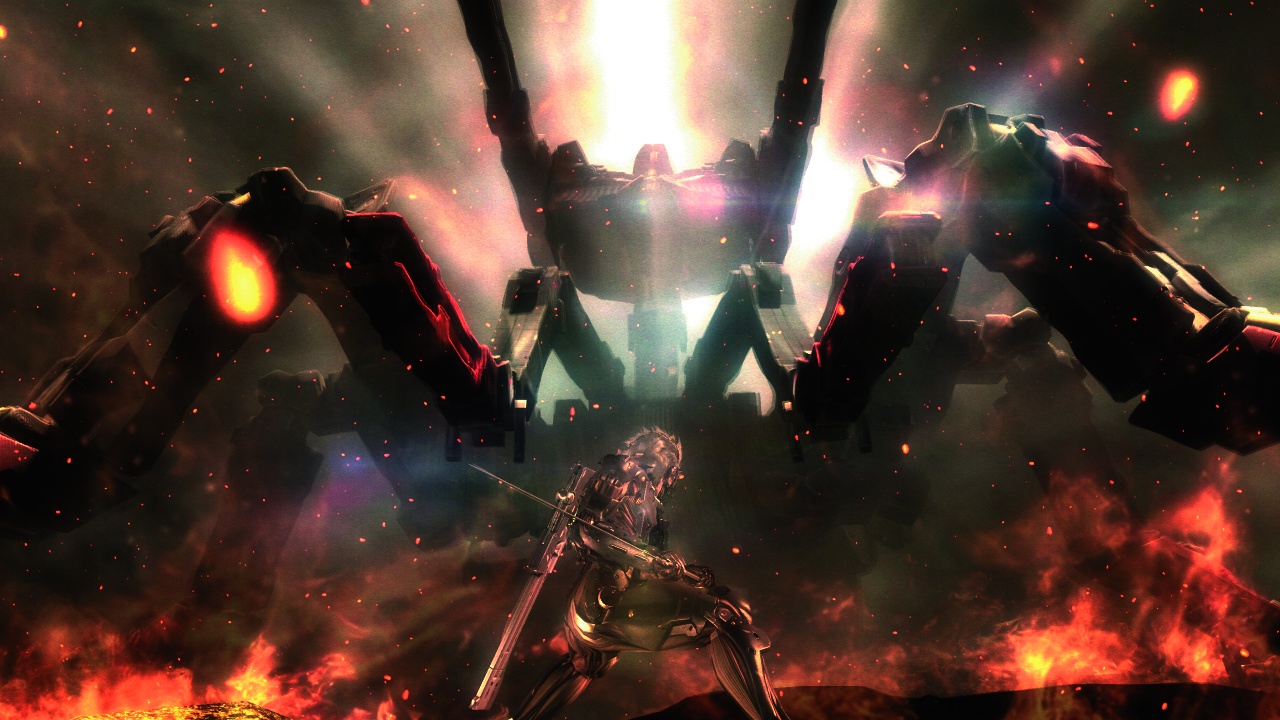 Empowerment is a key element in videogames, but it’s never quite been taken to extremes seen in Metal Gear Rising: Revengeance, where main character Raiden, a futuristic cyborg ninja, picks up a colossal robot the size of a skyscraper, throws it a hundred feet through the air, and cuts it up like sliced bread with his sword before it reaches the ground again. This is in the tutorial, before Raiden gets his upgraded body.

Metal Gear Rising: Revengeance was special not just because of the absolutely crazy action and fun gameplay, but because it provided a purely skill-based game where challenge was pressed on the player with every fight. While the camera occasionally needed some wrestling, the game offered a tight and precise combat system that helped back up its ridiculousness with a sense of satisfaction that many modern games can only aspire to. It does not like to hold the players hand, it demands you live up to a title as ridiculous as cyborg ninja.

The game’s main goal is silly, ridiculous fun, and it delivers this in spades.The fact the game sacrifices any semblance of seriousness to make an outrageously over-the-top experience made it stand out in a year where other games looked to make grounded and narrative focused experiences.