For all the allusions in Human Revolution to Adam Jensen as Icarus incarnate, their descents into the depths of the ocean couldn’t be more different. Where Icarus crashed blindly, Adam’s dive is a considered, lingering affair – and not just because he ends up penetrating the heart of Panchea on the future’s equivalent of a stairlift.

Indeed, Human Revolution encourages players to take their time and talk things over, to have one final hearing with Adam’s ideological cohorts and competitors. In truth, these conversations command a finality that far exceeds that of the game’s ultimate boss fight, owed to the intense scrutiny of a single issue for its 30 hours of fist-chiseling goodness. It’s a debate, and it demands introspection far more than it does emotional engagement, or selfless decision-making colored by pretensions of honor. It asks us ‘What do you think?’ not ‘What will you do?’.

What many perceived as a failure of Human Revolution to incorporate choice and consequence into its ending is actually the result of a strict adherence to having its narrative format emulate a debate. Hell, there’s even a chance to abstain from making any real decision, although it does end with some rather watery lungs. Still, as any good maths debater will attest, it’s important for a person to keep an open mind until each avenue of discussion has been exhausted, and the debate brought to a close. For Human Revolution to corner us into an ending before its final moments, it would have had to break its own rules.

‘Oh, but come on! If we’re not going to have an ending influenced by our prior decisions, don’t we at least deserve a proper epilogue of sorts? What about Adam and Frank’s newfound bromance? What of Megan’s return?’. All good points, Kevin. When a developer sits down to write their masterpiece, the problem they face is that, as human beings with all their thoughts and morals and ethics, it can be difficult to write conversations and events which can be influenced by the player without imbuing their work with a degree of personal commentary.

This isn’t a wholly undesirable occurrence. For instance, what would Specs Ops: The Line be without its self-referential commentary on modern military shooters? But in other instances, as it is with Human Revolution, developer commentary is baggage, a side-effect of the writing process that must be kept at bay. Any attempt at an epilogue of consequences is then itself baggage, a weight around the player’s neck that distracts from the narrative’s purpose: to ask them what they believe. The truth is that Human Revolution’s ending is, despite appearances, a hypothetical. 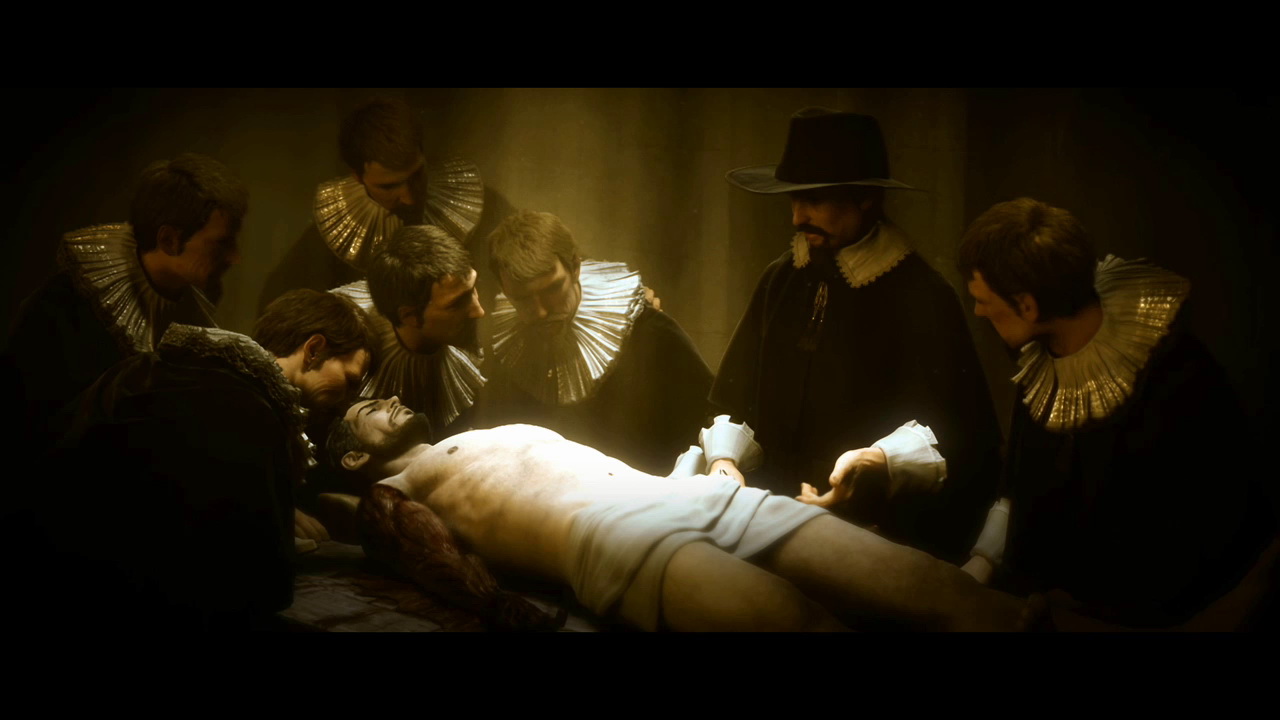 As for our secondary characters, their rather inconspicuous abandonment is a case of the external narrative reflecting character development. What begins as an emotionally charged tale fueled by tragedy transforms into a philosophical and ethical inquiry. Adam’s role as a go-between who courts the bigwigs and the dumpster divers ultimately disconnects him from humanity altogether. He and the narrative shed human ties together, as the philosophical questions of ‘What is right?’ and ‘What is human?’ become more pronounced. Whether he is now more than human or less, we can at least be certain that he has changed. If we’re to take his name biblically, then Adam really is the first man of a new age. And that’s a lonely place to be.

Finally, the inherent tentativeness of Human Revolution’s ending poses one final, daunting question: does Adam’s decision even matter? After all, we already know the fate of the world post-Jensen, because we played it pre-Jensen. In this it’s important to remember that Human Revolution is a game about potential. Sarif’s potential to take the augmentation industry by storm. Panchea’s potential to rid the Earth of climate change. Adam’s potential to change the world with the push of a button. But potential is no guarantee. Eliza may make predictions about the consequences of Adam’s choice, but if Human Revolution demonstrates anything, it’s the fallibility and elasticity of human behavior. Again however, this is simply an example of a narrative remaining true to itself: asking players to reach an internal decision that says something about themselves. In suggesting that Adam’s decision might not even matter to the outside world in the slightest, it gives such an opinion an internal value by asking us anyway.

So yes, Human Revolution’s ending may have lacked the dazzling polish of Adam’s shiny new limbs. It may have featured the fourth of four boss fights too many and one of those annoying End-o-Tron 3000s that have you push a button for an ending. But it also saw a thematic seed flower into something both utterly compelling and debate-worthy. Past choices may not direct the ending in a mechanical sense, but in having a range of smaller decisions and outcomes throughout, it creates a wealth of experiences from which to draw a final opinion. What it lacks in presentation, it makes up for in functionality, as the narrative and thematic threads flourish side-by-side. And that’s an ending worth toasting.