I want to open this, the black sheep among columns, by talking about something we rarely touch upon in this magazine: videogames. The looming colossus of the videogame industry for the time being is the modern military shooter, a subgenre of the FPS that has players fighting in warzones developers and publishers love to label as ‘authentic’ and ‘realistic’. Most level-headed gamers see these for the buzzwords they are, hollow, vacuous phrases thrown around to make a game sound more exciting than it really is. Unless it happens to be developed by Bohemia Interactive, in which case shine on, you crazy diamonds.

I bring this up only because the gall of these words, particularly authenticity, seems a lot more troubling after viewing Zero Dark Thirty. I understand that mixing the established world of film academia with the still burgeoning game academia is frowned upon, but in this case I think it’s a valid cocktail. The power of Zero Dark Thirty, which chronicles the ten year hunt for Osama Bin Laden, is very much authentic.

To the Infinity Wards of the world, authenticity means little more than the detailed modelling of real life guns, vehicles and locations. They pour over authenticity in the most glossy, shiny way possible, with little regard to grounding their narratives in real world politics or even real world conflicts. Zero Dark Thirty opens with something more brutal and harrowing, a set-piece of true authentic might. A prisoner is being interrogated in a small, dank room. He refuses to answer questions. He’s pushed to the floor, before his captors produce a jug and, in unflinching detail, proceed to waterboard him.

But rather than shady, evil men garbed in black and maliciously masking their faces, this is all carried out by a small gang of Americans. Members of the CIA no less, at a black site where they bring Pakistani detainees and attempt to rip information out of them, through whatever means necessary. The opening fifteen minutes of Zero Dark Thirty show the prisoner waterboarded, having his gentials exposed to the only female staff member and dragged around the room on a dog collar before finally being stuffed in a small box.

The torture committed by the US in the War on Terror is something that’s rarely been discussed in film since horrific images leaked around 2003 and 2004, showing the immense cruelty inflicted on prisoners held in Abu Ghraib prison by the US. The frankness and explicitness that Zero Dark Thirty brings to its torture scenes is impressive in an appropriately warped, uncomfortable way. Director Kathryn Bigelow places her camera in the room as though it’s a member of an audience. She brings you into this situation, sits you down and asks you nothing more than to expose yourself to this world. To not include these scenes would be intellectually dishonest, and they’re handled with as quiet a lens as necessary.

The crucial cog in Bigelow’s quest for neutral authenticity is Jessica Chastain’s performance as Maya. An amalgamation of several real people, Maya is a CIA operative who slowly becomes obsessed with hunting down the infamous terrorist mastermind. As the film sprawls itself out into a lengthy, but appropriate, three hours, the rapid slur of countries, names and events could easily be overwhelming. With Maya, Bigelow and screenwriter Mark Boal have given the audience eyes and ears into this decade-long manhunt. She’s an active and powerful character in her own right, given fire and depth by Chastain, while always making sure the audience is ensnared in the drama at all times. 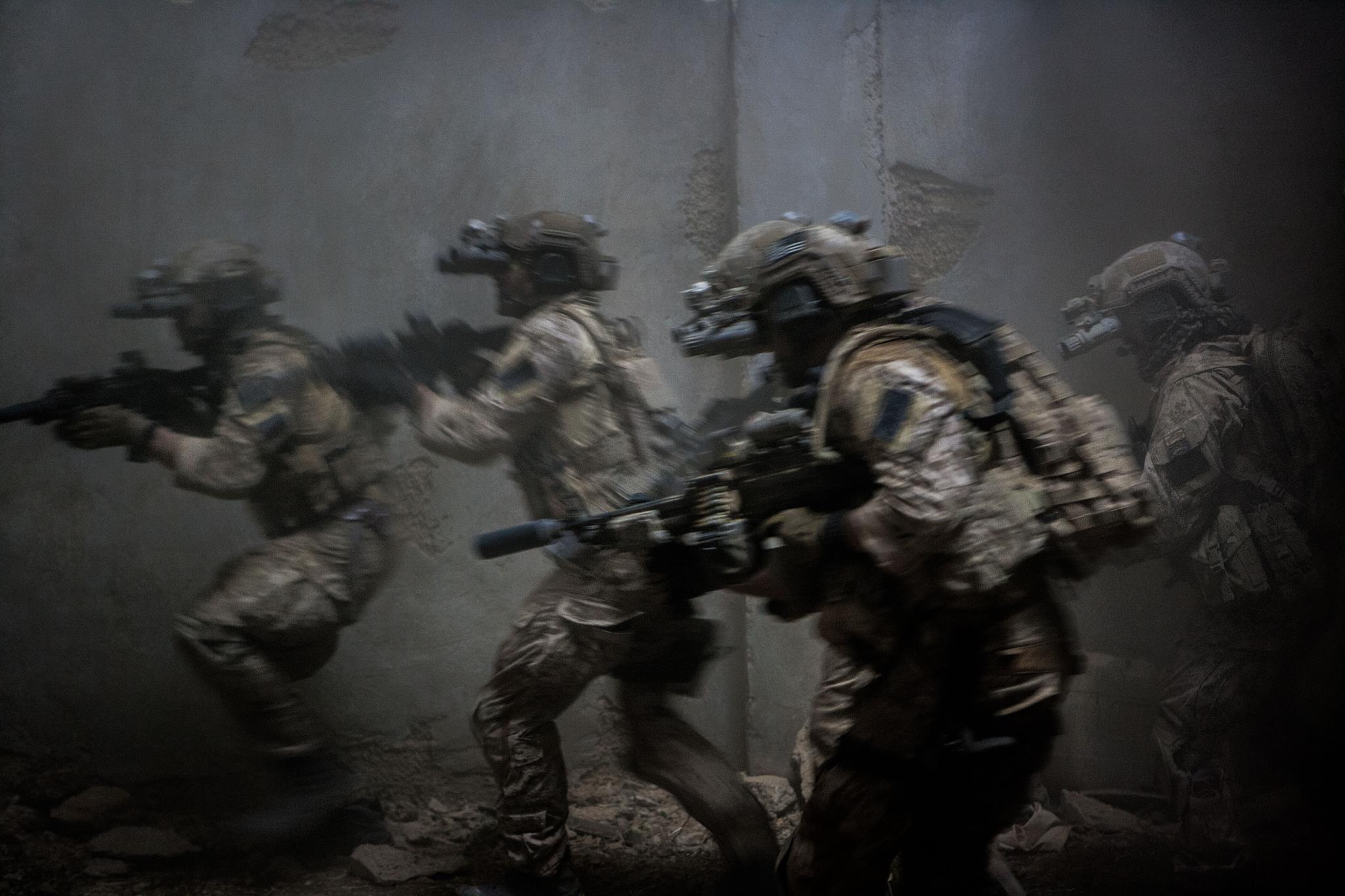 And yet, drama is such an inappropriate word for Zero Dark Thirty. Drama sounds calculated and scripted. No matter how well you dress it, drama will always sound like a construction. So what is truly remarkable about the film is how little it relies on manipulation to engage its audience. It’s a frank, brutal depiction of a war on terror that had people making incredibly smart choices and fucking up beyond belief. Where heroism would normally be found in a more flag waving film, Zero Dark Thirty turns it into a mix of cruel necessity. The half-hour climax showing the assault on Bin Laden’s safehouse isn’t handled with emotional tenderness or explosive satisfaction. The US SEALS sweep through the building, ensuring the dead are dead by firing more rounds into the bodies in front of frightened children. The film doesn’t play it as a gratifying final battle. This is simply what happened. This is simply what they had to do.

As Maya finally comes face to face with the body of the man she’s hunted for over ten years, it’s impossible to get a read on the film. There’s no sense of satisfaction, but neither is there any mournfulness. For so long Maya may as well have been trying to kill the devil himself, but wrapped in a flimsy body bag, there doesn’t seem to be much to the monster. The audience is never even give a nice, cathartic close-up of the dead man’s face. Bigelow doesn’t fills her frame with images telling the audience what to think, and how to feel. She simply, over the course of 160 minutes, captures as real and base a description of events as she can, before walking away and leaving the audience to choose how they process what they’ve seen. That is honesty and that is authenticity, and it is immensely powerful.

Only a few will know just how accurate Zero Dark Thirty is, though most reports claim it to be as true to life as it could possibly get. Whether certain discussions were had and how they went is not an important factor to consider, because it’s the way Zero Dark Thirty deals with the humanity within its story that’s the most genuine. The crunching might of the modern war machine means nothing if you all have to represent is the aesthetic. It’s about that real, tangible emotion lurking underneath. The emotion that slowly seeps through the cracks of war to engulf you. The emotional crux of humanity, the unknowing and the unfathomable. What’s right? What’s wrong? It’s all just a state of mind.

Tags: Issue 3, Zero Dark Thirty
← The Scripted Sequence: To The Future, Brightly
Regarding the Redesign →