I’m only here for the princess. By Ethan Woods.

Players are fickle at the best of times, and never more so than when writers are trying to engage their interest with something. Unlike films and especially unlike novels, game stories have an awful lot to contend with: barrels to be shot, guards to be shanked, flight paths to be checked if you’re everyone’s Dad ever. We might very well thrust our hips into the physicality of a role, but getting us to embrace the actual characteristic-y bits of a character is a more difficult accomplishment.

The problem is one of motivation. Sure, saving the world’s a pretty easy thing to get behind, but something a little more relatable, a little more human, is always more interesting. We don’t always feel the way writers want us to feel about characters: Nathan Drake, the swashbuckling, slightly awkward and yet somewhat cocksure Indiana Jones-type protagonist of the Uncharted series is just as well known as Nathan Drake, the insufferable prick. So if we’re to banish saving the world and other similarly-broad motivations, then we’re going to need a hell of a lot of motivational threads to choose from to stop any more potential pricks from penetrating our tolerance barrier.

Nowhere is this better than in the glorious The Witcher 2. Songs of praise must first be sung for the abandonment of all the world-saving nonsense. Geralt of Rivia is little more than a cog that, quite against its own will if you so decide, has a habit of falling into the workspace of much larger mechanisms. His interventions are less preordained and ultimately glorious, more relentlessly unfortunate and messy. But further octaves should be reserved for how The Witcher 2 juggles several balls worth of motivations and incentives driven by character, not plot. This is a somewhat revealing hymn, and spoilers follow. Listen at your own risk.

Perhaps you are incensed in the aftermath of Foltest’s assassination and seek revenge, leading you to travel with Roche, a member of the dead king’s secret police. Or perhaps you thought the King was a royal dick and couldn’t care less about his murder, in which case you might side with Ioverth, the elf terrorist-cum-freedom-fighter who aided in his assassination. Maybe your desire to recover Triss Merrigold from the Kingslayer’s clutches eclipses both the regicides and political machinations in which Geralt finds himself. But then what of the politics of the region? Can the security of one person be placed above all others? And let’s not forget the overarching plot of the series: the search for Geralt’s old flame, Yennifer, and the recovery of his memory. 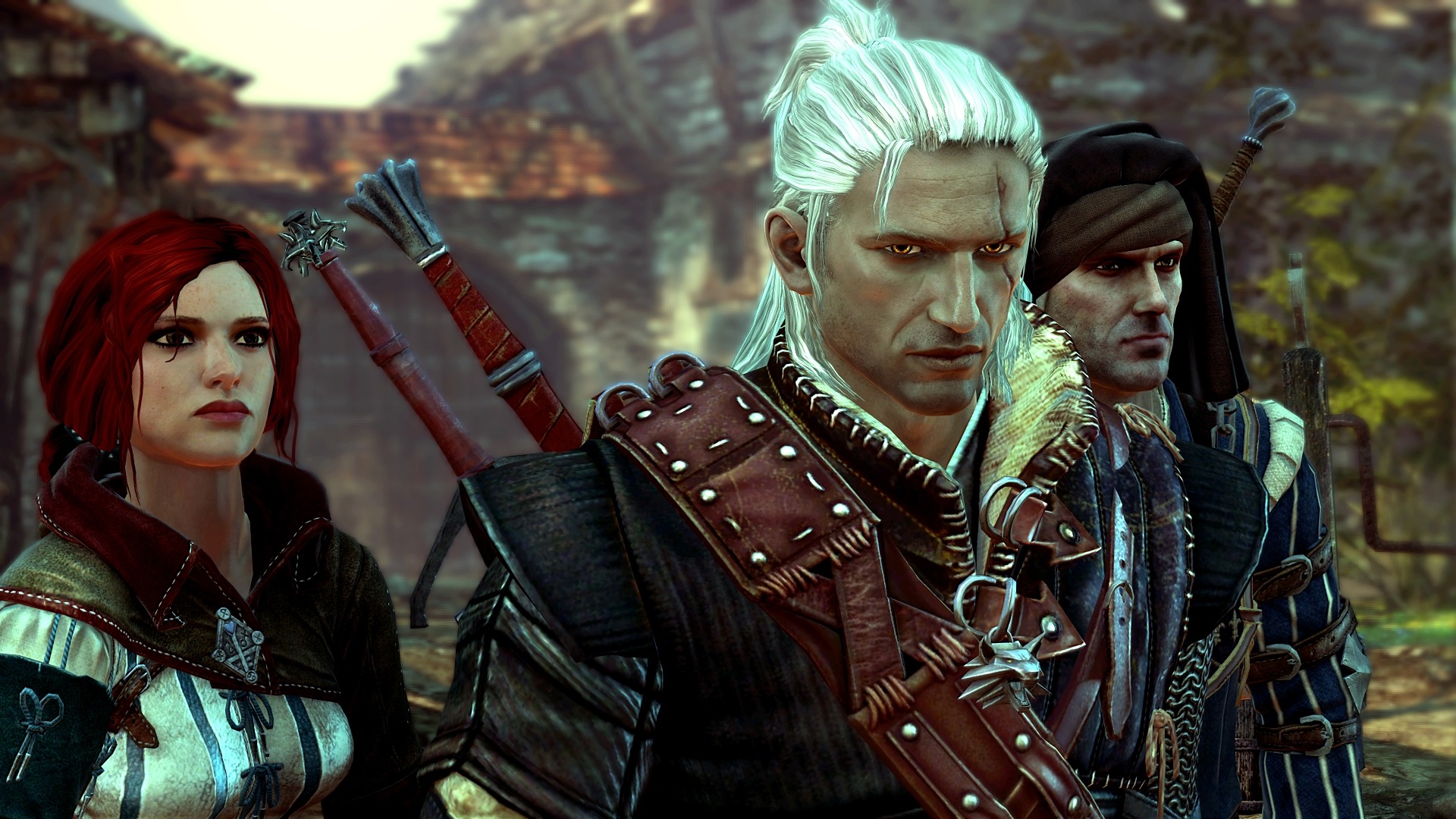 Each thread is personal, emotionally or intellectually driven, explicated by the plot so gently that they feel like entirely natural objectives. Characters ask about your thoughts and feelings just often enough to force you to think about which narrative leads interest you, whilst the game itself reacts to your priorities with convincing consequences: prioritize the assassin Letho and the region’s politics over Triss’ rescue and she will be noticeably upset, the relationship between her and Geralt tarnished. Some might argue that such threads are still too illusory to matter (you can’t, for instance, simply ignore Letho), but then what else do they need to be? It’s a matter of making the player a character, something which is an illusion to begin with.

The Witcher 2 is not the only game to benefit from such an approach either. Although some grumbled over being forced to work with Cerberus in Mass Effect 2, the game’s willingness to let you editorialize the matter, both explicitly, and even simply through Shepard’s tone of voice when nattering away to the Illusive Man, permitted, if not a full range of motivational threads, some degree of player-protagonist integration.

But I know what you’re thinking, Keith. The Witcher and Mass Effect games are all ruddy RPGs! What about story-driven games in all those other fancy genres? Well, we’ll generally have to accept that any sort of dialogue options are out, but otherwise the premise remains the same: make the threads about something real, something we can relate to. Not just saving the world, or the galaxy, or defeating the seven-millionth nutty Russian. Instead, make it about characters, emotions, and thinky-mystery stuff that engages the brain a little. Because you’ll never interest all of the people all of the time, but you can sure as shit interest as many as people as possible, in far more interesting ways, for much of the time.

Tags: Issue 2, The Witcher 2
← The Mechanical Void: Let Me Tell You a Story
The Other Screen: Marcy →