The film opens on a cold grey morning, as the girl we’ll come to know as Martha creeps away from an old farmhouse. Accompanying her she only has a clumsy looking sweater and tiny backpack. She darts across the road and into the woods, hiding from the shapes of people that follow her through the trees. Eventually she finds a town, managing to contact her sister, Lucy, who picks her up and takes her home. During her stay with her sister it becomes clear that whatever is in Martha’s past isn’t done with her quite yet.

Chronologically, Martha Marcy May Marlene almost tells two different stories. We have what can only be assumed to be the present, as Martha struggles to cope with the emotional trauma of her past while living with her sister. The second narrative slowly unfolds and exposes the trauma, as Martha found herself slowly seduced into the ways of a cult living out in the rural and barren countryside. These two narratives intertwine throughout the film, providing something of a contrast between the two times of Martha’s life. Her indoctrination into the cult isn’t through fear or panic, but through the soft tenderness they give her. The girls are all amicable, all friendly and all kind, while the boys are all attentive and flattering, their gaze carrying not quite lust but something more than cordiality.

What an immediate contrast this initiation proves to be with her family life. When Martha picks up the phone to her sister, there’s no joy in either’s voice. There’s some concern, but not the warmth of family. Martha’s hesitant, almost hanging up the phone before finally relenting, as though caught between two different evils. There’s a coldness between the two sisters, with an unspoken bitterness drawn underneath the pair. It’s not surprising this girl succumbed to the slightest breath of community, the foundation under her family life is acidic.

The two communes in Martha’s life are socially separated, but both restrict her.  From the crippling and demanding prospects of the real world, where expectations are built and lives structured, to the uncomplex and passive life where she’s forced to give up her choice and her body in return for that simplicity. Martha Marcy May Marlene transitions between these two worlds, just as its central character does. Her tumbling mental state is worsened by her terror of the cult and the uncertainty of the ‘real world’. There’s something of a depressing realization that Martha may have been broken all along, and been pushed into two different, ill-fitting worlds that have only exacerbated her mental state.

The contrast of these two ‘families’ is the key to understanding the structure of Martha Marcy May Marlene. It’s not a film about traditional arcs or developments. The essence of a three act structure is there, but above it is some very untraditional storytelling. It’s more a gradually unfolding document than a developing story. We’re given scraps of information about Martha and the commune, and major clues are stashed inside nonchalant lines of dialogue. It’s up to the audience to put it all together, to establish a connection and interpret who Martha is. 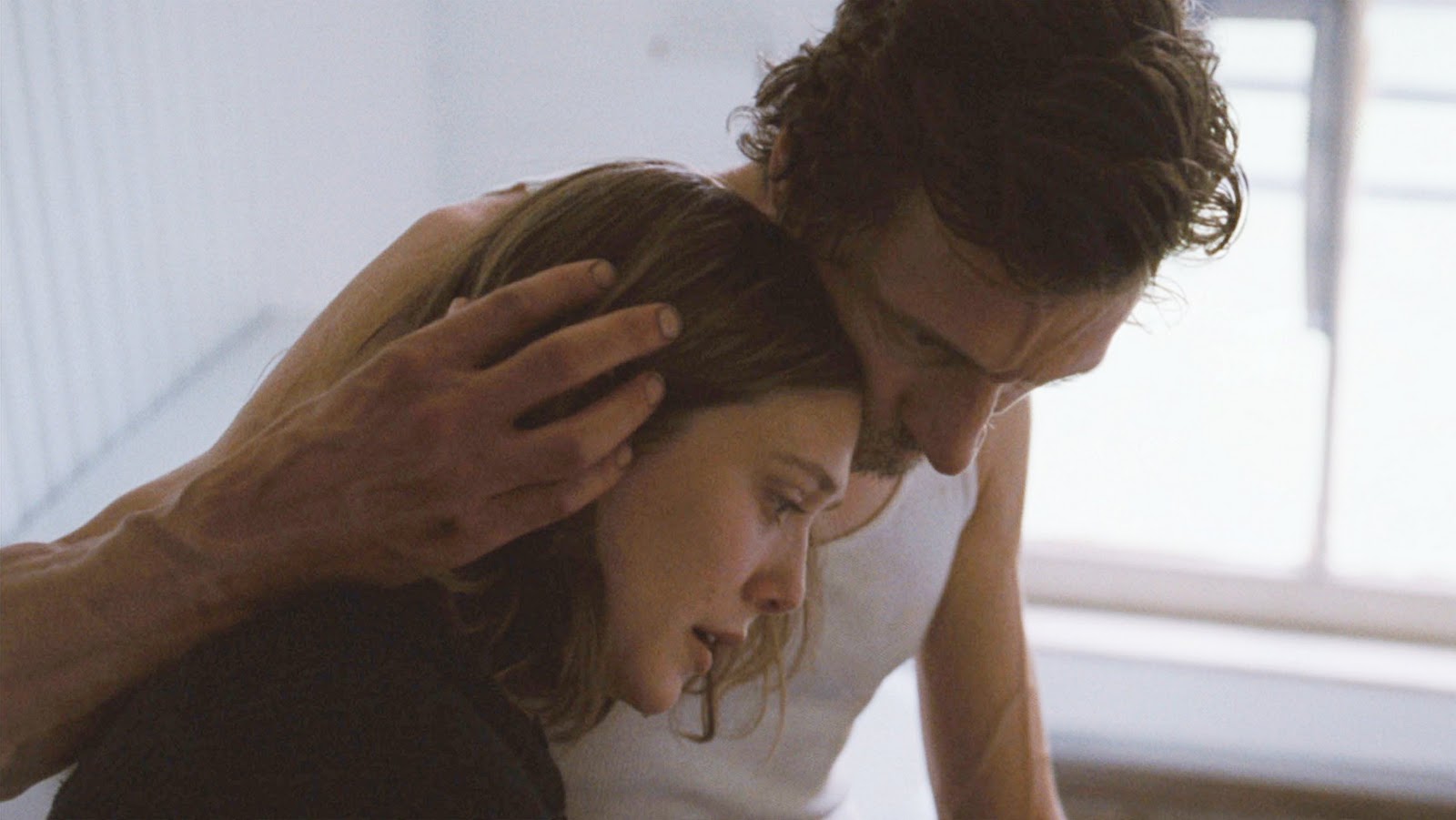 Martha’s time at her sister’s house is spent swinging between fear and a defensive callousness. The person she’s learned to be at the cult comes through in subdued ways, small shafts of abuse that shine through cracks in her arrogant facade. At the cult, Martha sweeps between girlish excitement and horror, as she begins to understand that she’s simply traded some societal restrictions for more vile and cruel ones.

By switching back and forth in time, Martha’s reactions and outbursts become developed within themselves. Once given glimpses into the catalysts, the delayed reaction becomes much more visceral as we’re there in the moment. We’ve seen Martha go through the pain, and now we can see how she copes. When she intrudes on her sister and her husband having sex, it’s foreshadowed by the ravishing but disparaging sex she was once exposed to in the cult. This nonlinear structure is an intelligent device, connecting moments from the past to the present dynamically and immediately. It’s frequently confusing, but also incredibly rewarding once the audience clicks into the movie’s rhythm.

However, that rhythm does become harder to keep track of later in the film. As Martha begins to relive the more harrowing times spent in the cult, she starts to unravel in the present day. The film’s brooding atmosphere becomes more intense, and the more contemplative nature of the cult and their cruelty becomes overshadowed by Martha’s frenzy. Some of the details can be lost when the film becomes a few shades too clever for its own good, though they are still sprinkled around the final reel. The paranoia infested last moments are some of the weakest in the film, becoming more ambiguous and less rewarding as it barrels towards the appropriate, if unsatisfactory, ending.

Elizabeth Olsen’s performance manages to secure the more frenetic, less defined moments. When the direction and script stumble, she’s always there to ground the film. Martha’s journey could easily be cold and hostile without Olsen’s magnetic performance, switching between simple adolescence and a demanding complexity with a stunning sense of believability. It becomes a film of discovery with Olsen, the flashbacks amounting to more than ingenious trickery and instead a search into a girls psyche. Whether or not she can save herself is never the focus – it’s what there is left to save.

The way Martha Marcy May Marlene uses its structure and central performance to burrow further into complex and murky psychoanalysis is a feat of intricate skill. The fleeting between time periods and Martha’s emotional states is crafted with meticulous care, as to feel the past blend into the present. Martha feels wrapped around these two different places in her life. With her sister, and the real world, she’s Martha. With the cult, she’s Marcy. She can cope with neither of these identities, too unsure of the civilized world and too terrified of the depraved submission forced upon her in the cult. It’s a frightening, upsetting and saddening film, with accomplished direction and a wonderful central performance. The narrative streams twist and fold to create a portrait of a girl suffering under the weight of the world, sandwiched on both sides by creations cruel, hostile and alien to her. Who is Martha Marcy May Marlene? She’s just four names in search of one identity.