The Pokémon Center as a Non-Place

Imagine that in every town you could find a building where any ailment you have can be instantly healed. The building aesthetically resembles a fast food restaurant; there’s always a server (or several) behind a counter ready to help you, day or night. The buildings are easy to identify in any given landscape because they’re almost entirely identical in design, with even the nurses that work there being pretty much indistinguishable with standardised uniforms. They are ubiquitous, and they are essential. In a world full of monsters, there’s always a Pokémon Center.

Since the first Pokémon game was released in 1996, Pokémon Centers have been an integral part of gameplay. To date there have been seven generations of the franchise, and each one has inherited the Pocket Monster service station, albeit with incremental changes as the games have evolved over the past couple of decades. The main two functions of the Pokémon Center remain consistent: to completely heal all the Pokémon in your party instantly, and to allow you to deposit and withdraw Pokémon from a PC terminal.

As a chain of healthcare establishments, Pokémon Centers are designed to be an anonymous, transitory space. Their form may be instantly recognizable; if I gave you a lineup of all the centers available in the latest installments, Pokémon Sun and Moon, I’d wager you would be hard pressed to distinguish between them. In this way, the Pokémon Center is a manifestation of globalisation in the Pokémon world: it is a non-place. 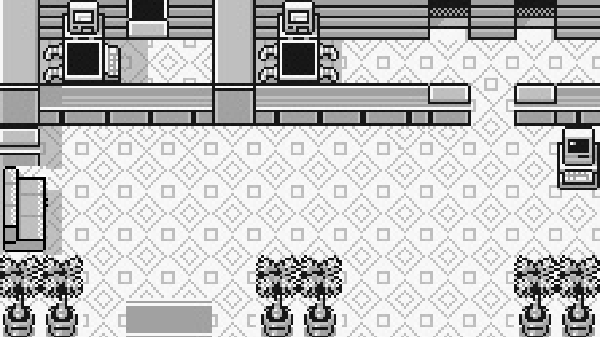 Marc Augé describes the non-place as that which is created for a specific function and is designed to be frequented by strangers. It is standardized and anonymous by design. Some obvious examples are motorway service stations, shopping malls and airports. It is the latter setting that particularly features in Augé’s work, as he describes a generic businessman revelling in the anonymity of air travel, able to enjoy the services on offer in a context that recognizes him as a customer but not an individual. If placeness can be defined as being local, then non-placeness is global and generic. If placeness is inscribed through references to history, then the non-place is ahistorical. Of course, non-places can generate character of their own. Fast food restaurants are local for the people that work and routinely visit, acquiring their own history through restroom graffiti and shared meals. The concept of the non-place may have a few holes in it, but it’s still useful to sift some ideas through.

For Augé’s businessman, the non-place is a sort of cocoon from standard social and professional obligations. The Pokémon Center can also act as a bubble for the player, though this is more in terms of providing respite from the conflict of obligatory Pokémon battles and the threat of wild creatures hiding in tall grass. The Pokécenter is a social space in that you can interact with NPCs, but the interactions are often transactional or function as commentary on the services provided. In Pokémon Sun and Moon, the Center also contains a shop and a café where you can obtain useful items. These commodities are always available no matter your identity or experience in the game-as long as you have money, of course. There are two crucial points that make the Pokémon Center significant as a non-place; one, it provides healthcare that is free at the point of use, and two, unlike the brick and mortar non-places we frequent, they aren’t subject to the social prejudices that are (likely) inescapable unless you are Augé’s generic white cis businessman.

At the beginning of this piece I asked you to imagine a building providing free, instant healthcare in every town. For me, this isn’t a huge leap—I live in the United Kingdom and can get medical appointments without charge through the National Health Service. Whilst the NHS faces an uncertain future, many countries present the idea of free healthcare as a utopian fantasy. That the Pokémon Center always provides healing services free of charge as a core mechanic of gameplay renders healthcare a right rather than a luxury within the Pokémon universe. Consider that the only Pokémon Center in the franchise which charges for health services is that in Po Town in Pokémon Sun and Moon, which is controlled by the antagonist group Team Skull. The game sends a very clear message: only a selfish organisation would exploit suffering for personal gain. 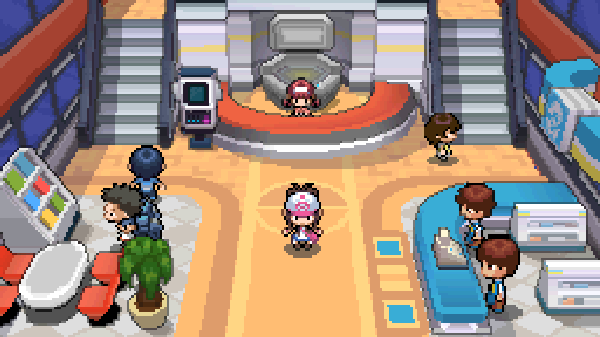 The Pokémon Center as a non-place could be considered utopian. After all, the word utopia comes from the Greek ou-topos which literally means no place, or nowhere. Yet the non-place is only a utopia depending on your point of view. In Pokémon Sun and Moon, your treatment at the Pokémon Center is never affected by your ethnicity, appearance or any other factor. This is not the case for analogue non-places, even if they purport to exist to only serve their customers. Whilst Auge’s businessman may have enjoyed the airport, Susanna Poole cites it as an alienating setting for migrants. In her article “Voicing the Non-Place: Precarious Theatre in a Women’s Prison,” she discusses her work with incarcerated women in an Italian prison, many of them originally drug couriers who have only experienced the country through two non-places; the airport where they arrived and were arrested, and the prison. There are also migrants held in temporary detention centers, another form of non-place with terrible living conditions. Whilst an adventure through one kind of nowhere can be bought by a businessman, another kind of nowhere can be a tool of the state to limit freedom of movement and dehumanize people. The important distinction to make here is one of consent— the Pokémon non-place can provide comfort because it is visited voluntarily.

The Pokémon Center is just one part of the Pokémon consumer adventure. In the sterile digital space within the Nintendo 3DS, it can be the ideal non-place: perfectly replicated across the world and providing a truly standardized service. I find it interesting that handheld games are created with the analogue non-place in mind. How many people have whiled away a long airport stopover by playing Pokémon? In this way, the Pokémon Center as a digital non-place can act as a balm against the mundanity and isolation of the analogue non-place. This casual gaming self-care is always accessible, anywhere, at any time. As long as you paid for the game of course.

Florence Smith Nicholls is an archaeologist and freelance writer living in London. They have eclectic research interests, including archaeogaming, queer theory and dark tourism. If you’d like to get to know them better, they can be found on Twitter and on their blog.

Tags: Pokemon
← Due Diligence: Chain of Memories, the Direct-To-Video Sequel
Off the Grid: My Big Sister →