Off the Grid: My Big Sister

My Big Sister is playing at something much larger than itself despite its humble trappings. Hiding its true nature behind misdirection and deflecting the player’s questions with jokes, the game asks you to look at everything with a keen eye in order to fully understand what has happened to our main character, and in the end, who our main character even is. This is a spoiler zone, so you’ve been warned.

The story follows Luzia (the primary playable character) and her older sister Sombria as they attempt to make it home after being cursed by The Red Witch. The story doesn’t remain this simple for long however, as every detail becomes a metaphor for something much bigger. As the game gradually reveals, Luzia has been in a car wreck, and the curse she’s so desperately trying to break is actually a coma she’s trying to wake up from. What follows is a strange dream journey, which is heavily influenced by Sombria’s pouring out of her feelings to her unconscious sister. So while the main setting is Luzia’s bizarre dreams, her inner narrative also serves as a parallel for Sombria’s struggles with depression and guilt at having caused the car wreck that put her sister in this state.

Seeing Sombria’s very adult problems through a little girl’s perspective adds to the psychological horror elements the game boasts. In her dream, Luzia confronts traumas that she doesn’t understand, like a nasty old roommate that yells at Sombria. Her unconscious mind morphs the roommate into a constant antagonistic presence throughout the game. There are many dreamlike transformations like that. Sombria’s confessions of guilt cause Luzia’s dream to reverse their roles, casting Sombria as the one caught between life and death as a spirit of sorts. Luzia’s own emotions also manifest in frightening ways, such as her rage at Sombria for the crash and the loss of her legs, causing a murderous woman to stalk both girls through the latter part of the dream. 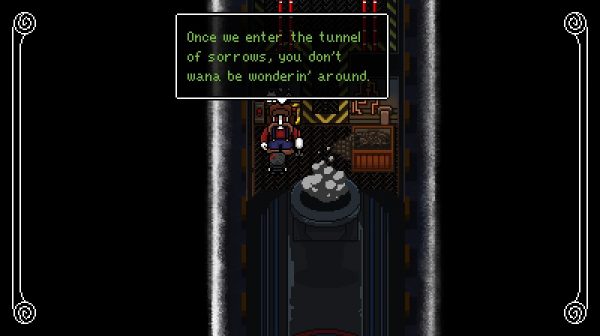 As the game progresses Luzia’s already tenuous hold on her own perceived reality is severely shaken as she comes to terms with all the events and what they mean for her and Sombria. Despite being on separate planes, their own relationship goes from antagonistic to true sororal love as Luzia realizes that it’s Sombria who’s always been there, not their neglectful, workaholic mother. Luzia processes the real life horrors she can’t fully understand by making them simpler. But that’s not always easy, and so she starts borrowing Sombria’s poorer coping methods like self-blame, deflection and ignoring problems altogether.

As Luzia struggles with her own issues in the dream, Sombria deals with her guilt and depression in the real world. Sombria is trying to break the cycle of hate and self loathing that plagues her. She takes more responsibilities at home and makes attempts to be a better sister to Luzia, In addition to seeing a  therapist, though he’s painfully unhelpful and the dream implies he’s been molesting her. She’s reckless with her life: dating people who are bad for her, smoking, and hanging around dangerous places trying to work up to offing herself. Throughout the story it’s shown that the only real thing keeping her alive is Luzia, who in the dream tries to break the curse and Sombria’s own self-worth issues, which themselves take the form of an elusive and monstrous version of Sombria.

However as Sombria is able to work on her own issues in the real world, Luzia becomes able to confront her mother in the dream world and resolve her issues. Whether she accepts her mother’s apology or chooses to cut all ties with her mother via symbolic murder determines how much Luzia learns about everything. Which in turn aids in Sombria’s internal conflict on whether to keep fighting or finally give up. 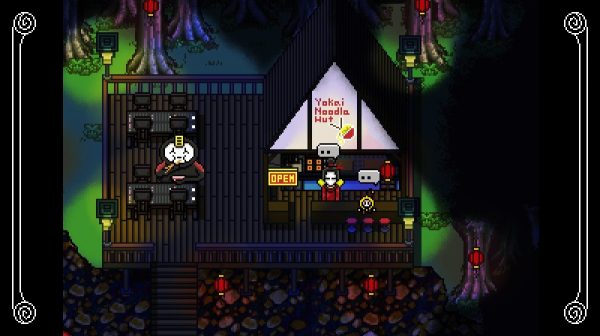 My Big Sister leans heavily on the misdirection, with the true nature of the narrative revealing itself over time. The first few chapters end abruptly,  jumping around in a way that suggests we’re skipping around in the timeline.It’s only later through context clues that the player realizes that it’s all happening chronologically, by the dream’s logic at least. Dream!Sombria loves talking to the player under the guise of talking to Luzia and occasionally just talks to the player directly, leading to an excellent scene where she threatens the player with death if they don’t satiate her hunger. This tries to hint to the player, just as much as Luzia, that this “reality” isn’t real. If the player accepts the dream reality of the curse,then Luzia’s actions throughout the game and the weirder aspects of the plot go unexplained. Even to go so far as to have Luzia tease the player about wanting answers. If you instead break the cycle, everything becomes much clearer and the game stops being tight lipped.

My Big Sister’s use of dreams to pick apart two deeply troubled characters is brilliant. The sheer amount of detail packed into a relatively small space is begging to be analyzed, allowing us to delve deep into just what makes these two tick while asking us to determine what is real and what’s just a fantasy. It adds up to the kind of game that is more relatable than I care to admit and we’ll leave it at that.

Tags: My Big Sister
← The Pokémon Center as a Non-Place
Let’s Place: Collecting Things and Listening to Stories →