My body is a mish mash of parts. Each of their needs often shift and change, often without warning. On one day, my goatee plays off my clothes quite nicely. Other times, it’s a gaudy reminder of who I am to the outside world, and adds to the melancholy of my flower-patterned sundress (which it seems are all that’s available for us plus-sized femmes). Dysphoria and Euphoria merge to a point that they often feel the same. In one moment, you’re living your life, following the day to day routine. The next, that stubble that has somehow grown in a day makes you contemplate who you really are, while ordering pretzel sticks at the pizza place next door. And while media has often simulated this anxiety, it has taken quite a simplistic approach to it.

It’s common for media, whether books or television, through the cis-gazed or a transgender lens, to bring up dysphoria as a reflection that differs from reality. Comics like ‘Ghoul’ and shows like ‘Pose’ often represent dysphoria as an error with the reflection in  the mirror. But that’s a shallow interpretation at best and a binarist view at worst. After all, for those of us who don’t identify with either side of the gender spectrum, it’s not always clear what we’d even like to see in the mirror. So, when your dysphoria can’t be properly labeled into a certain gender experience, the mirror begins to shatter, revealing something more enveloping and crushing.

Mitchell Hall, to some extent, understands this. 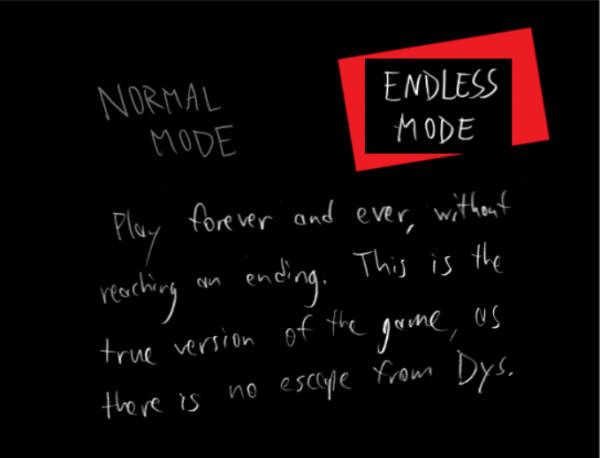 In 2016, they released Dys: Eternal Space Jail, a 3d rogue-lite dungeon crawler, set in a futuristic prison that you and your party are trying to escape. But there’s more to it than just escaping a prison. Before going into the story or mechanics, the description on the itch.io page reads “Dysphoria-Dystopia-Dysuria-Dyspair-Dystaste-Dystilled Water (???)”. It isn’t surprising to see how the jail can represent a battle with dysphoria. The encapsulating feeling of claustrophobia, coupled with the fact that there’s no map, adds to a dizzying, almost vertigo-like sensation of being forever lost. Unlike most rogue-lites, the floors in Dys: Eternal Space Jail are already designed, not being procedurally generated. But Hall overcomes this problem by ordering the levels randomly. You can even crawl through the same dungeon twice. As such, the player is often led into a state of confusion and doubt. This mood adds to the game’s bleak tone and pessimism. In here, you too feel like the dungeon is endless. In addition, when talking to friendly NPCs, their dialogue is often pessimistic, whether they are commenting on the neverending nature of the dungeon, or worrying about a lost friend. And that sort of tragedy isn’t unlike living with dysphoria.

But it’s not just the bigger aspects of the game that capture this, it’s the little details as well. Using the 16-bit graphics given in RPG Maker, each character has their own concept art drawn behind their character sprite. There are no open skies in this dungeon, only claustrophobic ceilings. Enemies are not abstract concepts but monsters taken from anime, internet, and raver culture. As a result, the setting is a lot more realized and claustrophobic, entrapping the character within its dungeon. In Dys: Eternal Space Jail, the danger is the ever-present feeling of helplessness and being trapped. However, while the setting is polished in presentation, going through 20 floors makes you more aware of its shortcomings.

With each floor of helplessness, you begin to notice how barebones the presentation is. The characters you explore with don’t have any depth and mostly serve as just an avatar for yourself. The only boss fight you can encounter is on stage 10. And without the pride-themed safe room, you only would have the descriptor on the webpage to tell you what this game, this experience, means. As a result, the game feels longer than it should and the only way to pick up that these themes are deliberate is paratextual. The metaphor becomes secondary to the game’s experience. But there may be some intent to that. 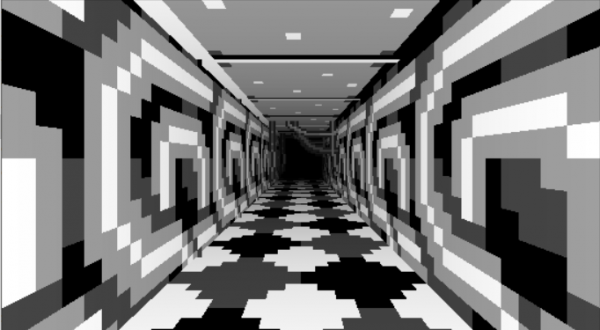 I can have a discussion with a few friends over what being dysphoric as bigender means. I can give a long tangent of my feelings as if reciting a monologue, finding clues as to which petty little thing, which pretzel stick, set me off. But the fact remains that there are no words to describe the void or distress that is being within the wrong gender or body. And that unexplainable sensation is great as a level design idea. You can’t talk about it, so you translate that emptiness and make it into a claustrophobic dungeon with monsters blockading your path. You show players what it’s like to explore that never-ending looming of gloom.  If the game never expressly voices its own metaphor, maybe that’s appropriate, because dysphoria often feels voiceless.

But in order for it to loom, for players to be aware of that analogy, the game needs to meet them halfway for the sake of clarity. As of now, it’s an interesting piece in how topics and metaphors can be delved into with mechanics and level design. But each time I play, there’s a part of me which yearns for the quick, urgent, zine-like energy of the developer’s original games. Mouth Sweet and Rxcovery may not have been as mechanically sound nor as seemingly complete as Dys: Eternal Space Jail, but they didn’t leave room for interpretation. They told you what they were, and what point they were making. They wore their themes and message on their sleeves. But, again, dysphoria is not so easily defined and concrete as ‘temp work is hell’ or ‘our healthcare system is fucked.’ Hell, in the past eight months of writing this, I don’t really know how to pinpoint the specifics of my identity. And Dys: Eternal Space Jail isn’t the only game that mentions dysphoria, nor the only game that handles it like an unanswered question. 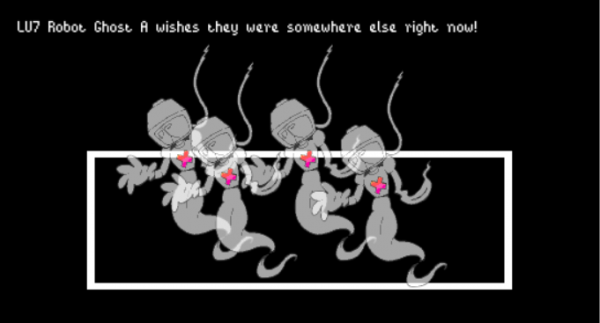 In 2018, a developer by the name DataErase or Maddi released Labyrinthos, a first-person dungeon crawling rogue-lite. It’s labeled as a test build, probably a version that won’t be changed in the near future. And while there aren’t any explicit references within the text, there are themes of dysphoria heavily implied within the game. The game uses a lot of JRPG archetypes for the female avatars, with each model having an almost robotic look to them, as if unfinished in Blendr. The level designs are often colored in hints of pink and blue, with the environment glitching in and out as if something in it is corrupted. But how it handles dysphoria is even more of an enigma. There is no rainbow-flag room. The itch.io page mentions nothing about dysphoria. It’s all in subtext. But even without text, the mechanics, the style, and the space still support this subtext. Mirrors may reflect, but they are limited to the space they can see. Labyrinths are infinite, with interpretation after interpretation coming at you from just around the bend. And while Dys: Eternal Space Jail and Labyrinthos may not be so heavy handed with their intentions and themes, their commitment to creating dungeons of torment distinct from the usual fantasy themed corridors have already set the blueprint for how these types of games can talk about dysphoria. And, even while I still struggle with these thoughts, there’s a sense of comfort fighting through the dark narrow passages, both on the screen and within me.

Residing in Atlanta, GA, Tess Everman writes for “Digitized Flamboyancy” and has written for publications such as “Into the Spine”. When not writing about games, Tess enjoys spending their time decoding sewing patterns, tuning their guitar, and giving their half cent on Twitter.