Taylor Hidalgo is mostly buying on credit at this point.

It costs me something to be a part of games spaces.

There are a range of experiences one gets with games. It goes without saying that games can impart a sense of joy and wonderment, to go on a bold and vibrant adventure. They allow us to be the paragon of heroism in a world full of darkness, bringing a beacon of light in a world of murky darkness. Games are a great many things for a great many people, and there’s no single assessment of games that can cover the range of genuine pleasure, joy, and awe that some have felt at the tail end of long tournaments, nail-biting rounds, or earnest, cathartic bliss as an emotional journey resolves.

But most of these feelings stand in stark contrast with the social atmosphere in spaces around games. For every grandstanding victory at the main stage of an esports tournament, there are also forum threads, comments sections, Reddit posts, chat logs, and Twitter exchanges full of abuse. Games, for all the good they can be, can at times feel like anything but. In particular, people in critical spaces see an almost unending deluge of the community’s worst impulses.

At time of writing, one of the nearly inescapable conversations is about the recently released flagship from CD Projekt RED, Cyberpunk 2077. Reviewers were only provided PC copies, while the development team was quietly struggling to get the game to even function as intended on consoles. Even the far-more-complete PC copies were still bug-ridden, so much so that CD Projekt RED put reviewers under NDA to prevent them from publishing their own footage with their reviews. It is in retrospect a transparent effort to keep the game’s unfinished state under wraps as much as they could, but the terms of the NDA meant that, to an ungenerous reader, the critics would be the party that shoulders the blame for failing to adequately warn their readers.

What immediately followed could only be generously construed as a long string of train wrecks. Among the criticisms that emerged from that wreck is a caustic piece penned by Albert Burneko for Defector called At Least Now You Know Which Video Game Reviewers are Sellout Clowns. The piece, loosely, accuses critics of failing to do their job by not turning a more critical eye on Cyberpunk 2077, and widely paints the critics who worked on it as bought-off. Which is an accusation that anyone who’s spent any time among critics knows is as endlessly parroted as it is baseless. “Sellout clowns” is a relatively novel phrase for the accusation, at least.

However, there is something sadly familiar in it, isn’t there? The piece is a bad take, but the idea of a broad swath of critics being called “sellout clowns” hardly registers on the radar. That’s just another Sunday around here. There’s some friction given that it’s coming from inside the house, as it were, but anyone who’s been in games communities has felt this sort of thing. Time, and time, and time again.

Even outside of my capacity as a writer, critic, and editor, being called names in games feels all-too-familiar. I’ve had buckets of vitriol thrown on me for caring too much about race, gender, and sexuality. I’ve had social games I’ve had to mute simply to get a brief escape from cruelty, petty spite, and fury. I’ve seen folks around me get harassed for their voices or character models. I’ve had positive wishes in lobbies thrown back in my face. The most common response I see to simple kindnesses is skepticism, as if they’re waiting for the other shoe to drop. Games and game enthusiasts, apparently, are never just nice.

I enjoy videogames still, but not the same way I used to. 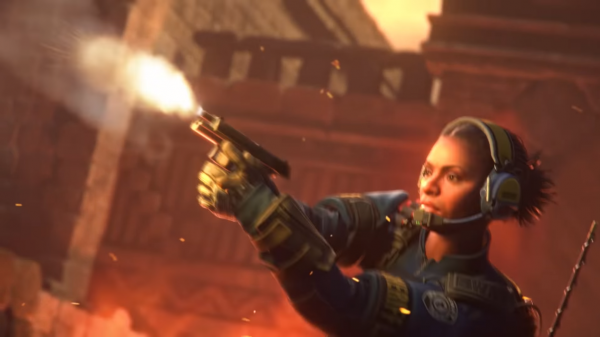 They give me trepidation around trying to be kind. Bits at a time, but the little aggressions add up. There’s a part of me that feels like I will be taken advantage of, that the kindness I offer will never be returned or paid forward, and I end up using some of my mental bandwidth on goodwill that will ultimately sink into the void. Or, worse, that any olive branch I extend to folks who don’t share opinions with me will make me pay for my trust by trying to humiliate, shame, or scorn me further.

I don’t think I’m immune to these effects either. Though I consciously try to avoid it, the reality is that being in games spaces makes everyone immersed in some degree of hostility, and it’s nearly impossible to be surrounded by something without collecting parts of it. The culture around games, the triumph and the toxicity alike, will and do inevitably worm their way in. To exist in game spaces is to be heir to the skeletons in the closet, to hear (and inevitably use, at least internally) the worst offenders’ language. It becomes familiar, and the familiar is comforting even when it shouldn’t be.

As a result, I find myself going into every game with the armor up, not just prepared for but fully expecting casually toxic behavior. Even in games without chat systems, crouching repeatedly (also known as “teabagging”) is often the default mode of communication. Even auto-chats with limited choices of largely inoffensive options will inevitably be used bitingly sarcastically, to the point where trying to use them genuinely comes across to most as snide. Your average game of Rocket League will have at least one instance of the autochat’s “Nice save!” option spammed in response to bungling an effort at blocking a shot, often from one’s own teammates.

In games like Overwatch, instead of moderating petty cruelties like “gg ez,” the automated system replaces the string with messages—like “Mommy says people my age shouldn’t suck their thumbs.”—that are meant to infantilize the offender, encouraging others to ridicule them. As Evan Lahti on PCGamer put it, “prepare to look like even more of a loser.” Even when steps are taken to reduce toxicity in games, it seems the community can’t help but turn it around and aim it elsewhere instead of preventing it outright. It can be hard not to treat every interaction in games with suspicion.

As a result, I’m a lot less patient with games in general. I’ve gotten much quicker to drop out of games where I’m not having fun. The practice of dropping out of games in the middle of matches, or before the timed conclusion (colloquially known as “rage quitting”) gets more and more appealing. The alternative is to muscle through a painful game so the caustic opponents dragging the experience down get to have their full game session, only for my calls of “Good game” to be met with “no it wasn’t,” “bad game,” or “ez,” just for the sake of that final parting shot.

I’ve said often that I find the idea of just enjoying a game transgressive, like I’m getting away with something. I don’t blame people who’ve spent even a few years in this space for picking up a little performative toxicity as a means of reducing friction. I especially don’t blame those who are the most beaten down by it; they don’t have the energy to do much more than offer a curt dismissal themselves when faced by the usual caustic comments and pieces. But it all adds up.

This is the cost of being in games.

It feels impossible to spend time in game spaces that isn’t at least a little bit vitriolic. To exist here means paying the toll of tolerating some stuff. Toxicity runs hot and cold in games, but it always runs. Being kind in games is possible, but it comes with an extra charge, the willingness to do the emotional lifting necessary to deal with the consequences of being kind when the “correct” way to behave is not that. To make a better gaming space, you have to pay bonus toxicity dues. If you’re a professional critic, the price is even higher. The emotional tax seems to be unbearably high.

I have no idea how anyone affords it anymore.