Most people have that one game. The one they know front, back, side-to-side, the one they know all those pointless behind-the-scenes trivia bits about, the one whose lines of dialog they can recite from memory, the one they can almost play blindfolded. For some folks that’s Super Mario Bros, which players have mastered to the point that they can beat the entire game within five minutes. Other people have an encyclopedic knowledge of Dark Souls’ lore and enemy reaction times.For me it’s Mass Effect 2, though Fire Emblem might replace it soon.

The second Mass Effect, which I’ve played to completion around fifteen times now, just locks on to a bunch of topics I find interesting: space operas, episodic structure, branching narrative – plus flinging a dude into a wall with your superpowers after having your buddy set him on fire is pretty great too. The crowning achievement of the game, though, is the suicide mission in which any of your twelve squad members can die because you’ve assigned them to the wrong tasks or, in later playthroughs, purposely orchestrated their deaths to see how the third game is impacted. This hour long mission is my favorite game sequence because of its confidence, ambition, and explosive execution.

Unfortunately, the rest of the series can’t match the ingenuity of that hour. The branching narrative of Mass Effect boils down to a series of compounding binary decisions. Choose: Ashley or Kaidan. Save the Krogan or let them die out. There’s a third option thrown in every now and again, such as making peace between the Quarians and the Geth, but ultimately you’re almost always deciding between two big choices that affect the plot of the game in sometimes brilliant ways, sometimes less impressive ways. A clear example of the latter would be the fate of surviving characters from the suicide mission. Except for a notable few, your reunion with these characters is brief and ends with them being transfigured into war assets, the number that helps determine the ending of your Mass Effect 3 playthrough. An understandable, yet still lamentable solution for dealing with the decision to stick that many variables smack dab in the middle of a series.

Intelligent Systems ended up avoiding that binary friction with Fire Emblem: Awakening, which in many ways feels like game length version of Mass Effect 2’s suicide mission. From the get-go, it’s clear that Awakening is going to give you a lot of customization options, it just doesn’t become clear until later on that these customization options actually matter. The most obvious of these is the gender of your character, because it affects how he or she interacts with other characters and who can be romanced. 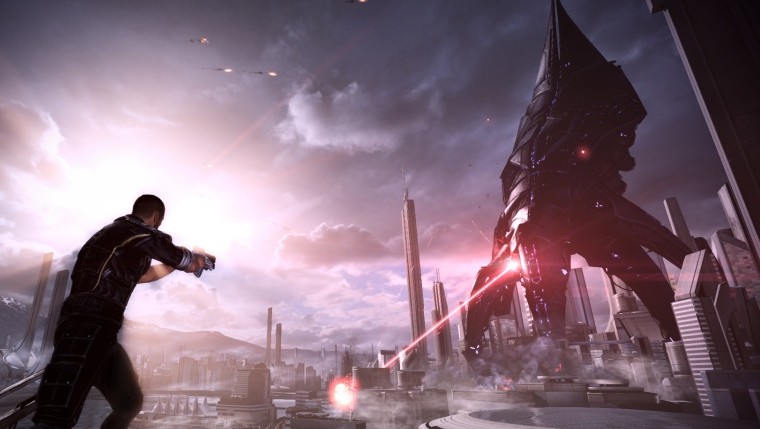 However, even the smaller options come to have huge impact on gameplay and story. Maybe you’re dissatisfied with one of your units’ default classes? Maybe they are just a terrible mercenary or archer. No biggie. For a small price you can change their class and turn them into a dragon rider that hurls spears at their foes from the skies. As much as your characters complain when you change their class, doing so might turn one of your weakest characters into a powerhouse and keep them alive for the entirety of the game.

There’s an equally vast amount of customization available when it comes to hooking up your characters. Where Mass Effect and Dragon Age have a number of romances that the protagonist can pursue, Fire Emblem lets you set up pretty much any woman with any man in a huge cast of characters – one of the few places the game falters is LGBT representation, unfortunately. Now what makes this impressive is the way these interactions are designed make the majority of these romances feel pretty natural.

Units build their relationship by fighting beside one another. After a certain number of battles together, their support level will go up. Each support level grants access to a cutscene where the slowly budding relationship between these two characters unfold. Each relationship ends with a marriage proposal that is accepted. These scenes are often goofy and heartfelt, sometimes subtle, sometimes ridiculous, but they are almost always believable and provide a needed lightness to what can be a very depressing game. These relationships are for more than just superficial narrative decor, too. Married couples fighting together in Fire Emblem are immensely more powerful than when fighting alone.

The amount of customization afforded to the player as well as the game’s laid-back approach to storytelling allow you to take on two different roles. The first is that of the tactician. Who are you willing to sacrifice to achieve victory? Are you the genius who knows all the right moves and can keep their people alive, or are you the bumbling moron who will lead them to doom? The second is that of Ylisse’s future historian. Your choices, both on and off the battlefield, sculpt the future of the country. Mass Effect allows you to only construct one identity, offering you a three-way choice between renegade, paragon, or someone who straddles the line between the two.

The majority of these character-defining choices in Mass Effect aren’t given to the player within the meat of the game but are instead presented during the dialog-branching sequences set between action sequences. This means that a large portion of gameplay across the series has no impact on your Shepard’s characterization. In Fire Emblem, nearly every choice you can make goes toward affecting your identity and the fates of your characters. Each of my three playthroughs differ radically from one another. 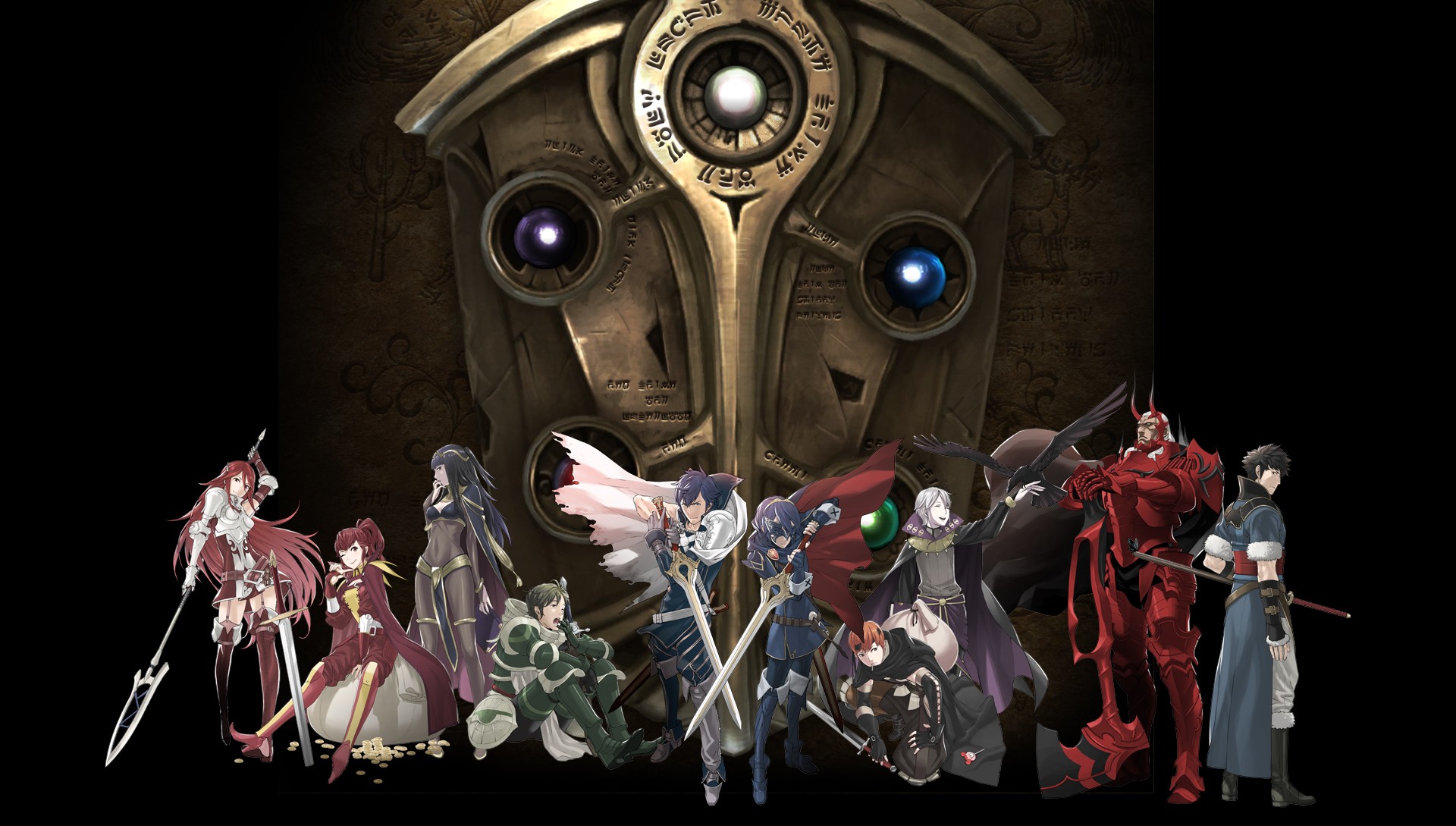 During my first, I tried to be a good person and to save everyone. I was a man who forged a strong friendship with Chrom and fell in love with a Pegasus Knight named Cordelia. Thanks to a series of foolhardy decisions, I lost some people. Gregor. Mirel. Henry. The village idiot Donnel. We reached the end of the game, and Chrom and I, bros to the end, defeated the Fell dragon, and I sacrificed myself to bring eternal peace to the kingdom.

My second playthrough demonstrated to me just how freeform the storytelling was in Fire Emblem. I played as a woman who would eventually marry Chrom. Ultimately, this playthrough wasn’t about Chrom or even me, though. Donnel, the yokel we fortuitously brought with us after saving his village, ended up supplanting both of us as the hero of this story. I spent hours training him, watching him become stronger, deadlier. Eventually he became a warrior before I upgraded him to a full blown hero. He surpassed everyone in speed, strength, and luck. He was unstoppable, often killing enemies in one hit.

The third playthrough, the one I’m doing now, is much darker and desperate than the previous two. My goal is to be the brilliant, misanthropic tactician who won’t flinch when she has to make the tough decisions. I sacrificed a child, Ricken, so that two of my more valuable units would live to fight another day. It was not a hard choice for her: Ricken was small and annoying. I would be lying if I said personal distaste didn’t factor in to ordering him on that suicide run. The only moment of kindness my tactician has had so far was also pretty dark. I sacrificed Fredrick to save her husband, Lon’qu.

It was a not a good tactical choice, as many players will tell you that Fredrick, with his high attack and defense, is basically the cane you lean on early in the game when all your other units suck. We’ve managed so far since then, though I keep losing a person every other battle. The idea for this playthrough is to have the last battle be a bleak suicide mission in which a ton of my lower level units are slaughtered and that my tactician will, in keeping with her character, not sacrifice herself to end the cycle of the fell dragon, thus ensuring that Grima will return. But hey, that’s not her problem, is it?

Of course, the best thing about this third playthrough, and indeed about Awakening, is that though you can try to rig everything like in Mass Effect to get your desired story, sometimes fate intervenes in an interesting way. For example, I wanted Chrom to fall in love with Cordelia, but he and brash, strong Sully ended up fighting beside one another over and over again, to the point that they ended up together. I could have prevented the pairing if I wanted by simply not loading up that last support cutscene but, in a weird way, it felt natural to let them have it, those crazy kids. 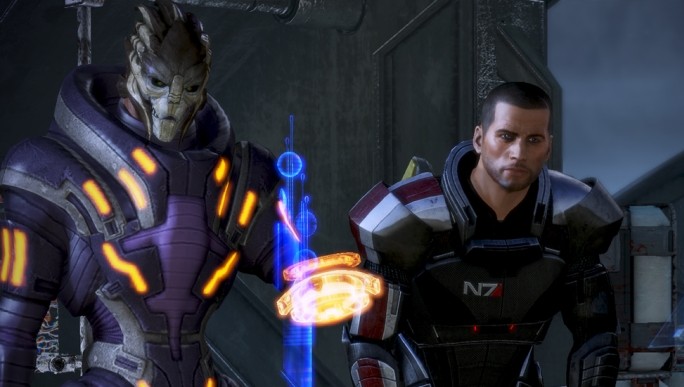 There’s a certain joy that exists outside of the game when you see how stories have played out for other Fire Emblem players, like Kirk Hamilton and his wonderful, spoilery write-up of the last battle. Jason Schreier’s humorous eulogies for his lost characters are also pretty great. This is something people do with Mass Effect as well, but the flexibility of Fire Emblem’s story means you get more wildly different stories. Of course, more variables don’t necessarily lead to a better story, and I wouldn’t want to compare Fire Emblem and Mass Effect on the quality of theirs. However, I do think that Fire Emblem tells its story in more interesting ways because of all the storytelling tools disguised as game mechanics it gives the players.

Shepard may be saving an entire galaxy, but this galaxy is faceless, just like the war assets in the third game. Major characters can only die in fixed places. You only have intermittent control over their fates. In Fire Emblem, almost anyone can die at any time, and they’re not just chess pieces that get knocked over and pushed off the board. They are people: husbands, wives, siblings, would-be lovers.

What you do with that knowledge and how you feel about it is ultimately determined by the kind of tactician you choose to be. Where the story of Mass Effect is carried by cinematic tricks with some decisions thrown in, Fire Emblem is content to let you construct your own story nearly every step of the way. The characters’ personalities, the world, the template of its beginning and end, as well as the rules of the tactics game itself are set in concrete, but everything else is a blank canvas.

We are more than just players, Fire Emblem argues. We are storytellers.

Javy Gwaltney devotes his time to writing about these videogame things when he isn’t teaching or cobbling together a novel. You can follow the trail of pizza crumbs to his Twitter.