Would you kindly fund my dreams? Tosy Mahapatra reminds us to keep our hopes for Kickstarter reasonable.

It’s safe to say publishers have a bit of an image problem in our community, being generally seen as faceless corporations trying to rob us blind while not contributing to the quality of the games they are funding in the slightest. It may be an exaggerated view, but it’s not entirely inaccurate, either. Happily perpetuating exhausted franchises and flogging peripherals, big publishers seem awfully reluctant to take risks. Indie developers have cleverly broken into this stagnant market by delivering the kind of games larger companies would never dare fund, but their ambitions are held back by a general lack of money. This is where Kickstarter comes in.

Kickstarter, one of many burgeoning platforms enabling crowd-funded development, allows game developers to raise capital for their projects through donations from potential future customers. In exchange for perks and benefits such as a DRM-free download of the eventual product or a free t-shirt, consumers provide project owners with the funds to make bigger, more ambitious games while retaining creative independence. With no supervisors or subcommittees to answer to, developers are free to craft just the game they want, for the people who want it. At least if they can find those people.

As a stepping stone for breaking into the videogame market, Kickstarter is strange in that it’s already a market in and of itself. Putting the cart before the horse, project owners need to sell their game before they can create it. This may seem awkward at first, but as we live in an economy fuelled by credit it’s a quite common and well-established method of production. Instead of selling their ideas to a publisher, developers on Kickstarter are selling their ideas straight to the consumer. The difference is that in dealing with publishers, you only need to find the approval of a few people to be greenlighted. Finding public support is a much more broad issue. Before they can even think of making a successful game, hopeful indies will need to successfully play the Kickstarter game by selling their concept to thousands of people.

Just finding that kind of audience can be difficult when there are hundreds of other projects vying for the attention of donors. In this fiercely competitive environment, the most successful projects seem to be those sporting big names, be they of designers or brands. To date, the three biggest piles of cash have been raked in by the as of yet untitled Double Fine Adventure game, Wasteland 2 and Shadowrun Returns, even though all three campaigns gave us very limited information about the games proper. The platform is ideal for high-profile developers looking to rejuvenate old franchises or dive into niche genres. Not only do these developers have decades of industry experience, they can tap into an established fanbase to fund them.

Classic RPGs like Wasteland and adventure games like Leisure Suit Larry are ignored by publishers since they don’t follow current trends, but there’s a definite, albeit small market for them. By emphasizing their history and portfolio, experienced designers have an easy time winning over these audiences. They need no intricate design documents, people know what to expect when dealing with those established developers.

Small developers trying to fund their breakout title can’t rely on fame to achieve their own modest goals, they need to convince the public of the merits of their idea. There’s no one right way to do this, but generally the more content and gameplay you can present, the better. This poses another problem for bedroom developers, who need that cash before they can even start thinking about making the game. The Kickstarter environment favors developers looking to expand their budget for games being made either way, ventures such as Project Giana, The Other Brothers or Shadowrun Online. 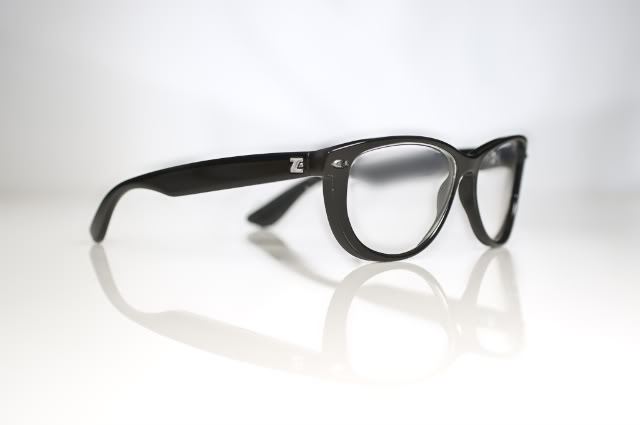 Even without having to fight existing games for a moment in the spotlight, it can be hard work convincing people to part with their money, since the platform doesn’t guarantee you’ll see anything in return. Kickstarter exercises very little regulation, providing project owners with near unlimited freedom, and the legal classification of consumers as donors means that they don’t share the same rights as regular consumers. Under most jurisdictions, there’s very little they can do to hold the creators of a project accountable as donations aren’t covered by consumer law or advertising law. ZionEyez for instance, a company promising HD video recording glasses, raised $344,000 before vanishing. Donors began to believe they were scammed and formed ZionKick, a forum seeking legal compensation. Although ZionEyez reemerged as Zeyez a few weeks ago, declaring their intention to continue the project and raise more funds, ZionKick still considers it a scam. They have not had any legal success yet.

Of course, any real developer using Kickstarter to scam consumers is effectively committing career suicide, but as the high-profile hoax Mythic: The Story of Gods and Men has shown, there are still people who will pose as developers. Using stolen assets, copied reward tiers and a fantastical tale of industry veterans hailing from the likes of Blizzard or Activision and partners such as Disney and Pixar, the project managed to raise almost five thousand dollars before journalists and consumers caught on. The project has been pulled and since it failed to reach its goal no money was lost, but it could happen again. Kickstarter leaves the burden on donors, asking them to be prudent with their wallets and to understand that every project comes with the inherent risk of failure. The only thing stopping these scams is our own vigilance, so it shouldn’t be very surprising that consumers are starting to be more cautious.

How does this affect indie developers though? Mythic: The Story of Gods and Men was a poorly planned scam, easily exposed over its stolen content and outrageous claims. If future frauds learn from the mistakes of this ill-fated cash grab and exercise a modicum of restraint, we might start seeing smaller scams, with humble goals and maybe even facades of genuine imagery. It’s hard to tell how frequently we can expect those, if at all, or how easily public and journalistic scrutiny can uncover their malicious plans. What’s important to remember is that Kickstarter can potentially be abused.

At the time of writing there are over 280 projects in the Games section of Kickstarter, and although the figure includes a few dozen that have already been successfully funded, it gives a rough impression of the brutal arena developers are throwing themselves into. Kickstarter, for better or worse, is a pure, Darwinist marketplace. The divine consumer hand is free to pick any title that tickles its fancy, spelling life or death for the project. The ventures to succeed in this environment are not necessarily the best, but the most apt: Projects that understand how to win people over with endearing promises. They might end up delivering brilliant games, but their initial success is not based on the merits of the product they have yet to craft, but their ability to play the Kickstarter game. Good ideas might fail due to poor marketing, while those with the resources to provide polished pitch videos will find it easy to prosper.

This isn’t to say that developers lacking established franchises, fanbases and funds can’t succeed on Kickstarter, just that they will have a harder time doing so. Games like FTL or Castle Story have already shown that clever independents can break through on Kickstarter, but on such a selective platform ambition and even fresh ideas are no guarantee for success. In a way, it’s reflective of the indie market at large: Some succeed, but many more fail. Kickstarter can help those small studios clear the final hurdle, but it’s much better suited for veterans or established developers. As games like Planetary Annihilation show, the current trend seems to be experienced developers entering the indie market, not indies breaking out of it. With more fierce competition, this is beneficial for us as consumers, but it creates an increasingly difficult landscape to thrive in. Kickstarter then, is a highly selective, but potentially rewarding environment for new developers. Either you fail, or you get to make the game of your dreams.

Tags: Issue 0, Kickstarter
← Thinking Indie
Do You Feel Like a Hero Yet? →