We mulliganed for a fresh set of games and drew Guild of Dungeoneering, Chaos Reborn, Regency Solitaire, Hand of Fate, and Concrete Jungle.

When I run a Dungeons & Dragons game, my favorite part is drawing the maps. More often than not, these are never seen by the players. All the careful cross-hatching and tiny details, they’re for me.

Guild of Dungeoneering is a little bit RPG, a little bit Roguelike, a little bit tactics. Mostly, though, it is a love letter to D&D mapmakers and tabletop doodlers everywhere. Every room in every dungeon sits on a blue grid of graph paper. Every character sheet is presented on loose-leaf paper. The whole aesthetic of the game is pulled from the school notebook of kids who’d rather be rolling dice than doing algebra.

And one thing Guild of Dungeoneering has that no tabletop campaign has ever had? A sarcastic bard mocking your every misstep in song. Which is probably for the best, or there’d be a lot of black-eyed bards around the tabletop.

Stu Horvath is the editor in chief of Unwinnable. He reads a lot, drinks whiskey, and spends his free time calling up demons. Follow him on Twitter @StuHorvath. 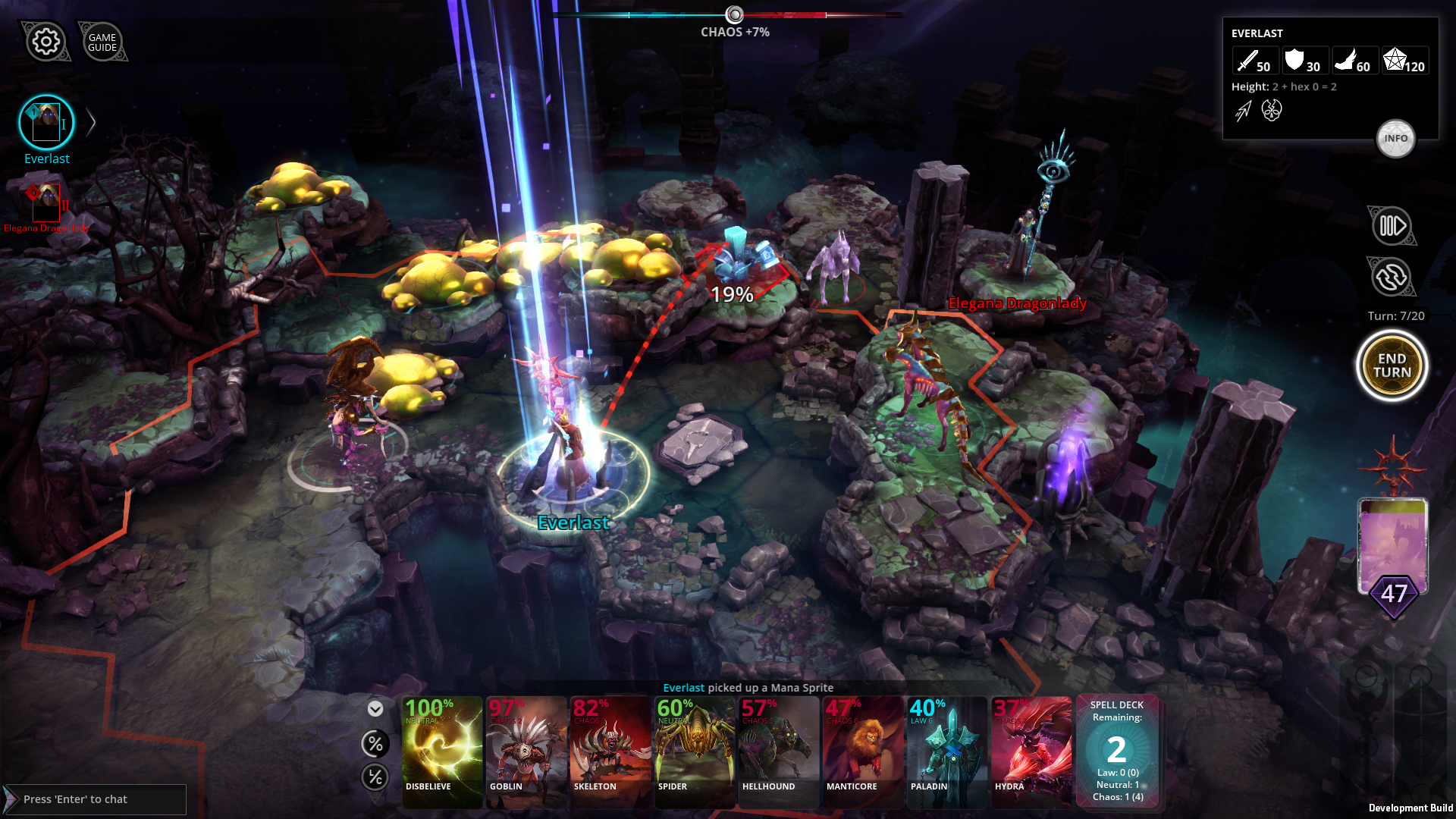 Yeah, no kiddin‘. Say whatever you want about Julian ‘X-Com’ Gollop’s return to the fantasy battle ground he originally created in the 80s, at least it’s being honest. Chaos was reborn, chaos reigns, and it sure as hell won’t let anyone, least of all Sid Meier, tell it how to do its job. I saw Chaos bring down a player in the first round of a multiplayer match, without leaving him any chance to even act. Twice. In a row. I was there when Chaos found it funny to grant a rat, that
cannon fodderest of enemies, the privilege to kill my three-headed behemoth without even breaking a sweat. I died at the hands of Chaos disguised as a dwarf, as a vampire, as a hellhound, oh so many times, and I returned, again and again, safe in the knowledge that one day, Chaos would decide to smile at me again.

Chaos Reborn is a turn-based game, and a comically gruesome one at that: Every creature, be it a summoned monster or the wizard representing the
players that summon them, can be killed by one lucky shot. All you can do is put up some defenses, attack the hell out of your opponents and maybe, just maybe, bend the probability your way. At times Chaos Reborn feels like those teeth-gnashing moments in XCOM when a sure-fire hit misses far and wide, dooming your whole squad, except stretched to a whole game. At other times, the game feels like the best parts of Chess, Magic: The Gathering and Skulls – you know, the game invented by Hell’s Angels that is like Poker, only better – rolled into one.

It’s the kind of game that feels designed to never be mastered. And then along comes a player politely announcing that you are his last kill before he ascends to Masterhood, before he goes on to expertly slaughter you, using nothing but the tools you had at your own disposal the whole time. You don’t care. You know that it could have gone the other way. You just know. Guess what? Chaos knows better. 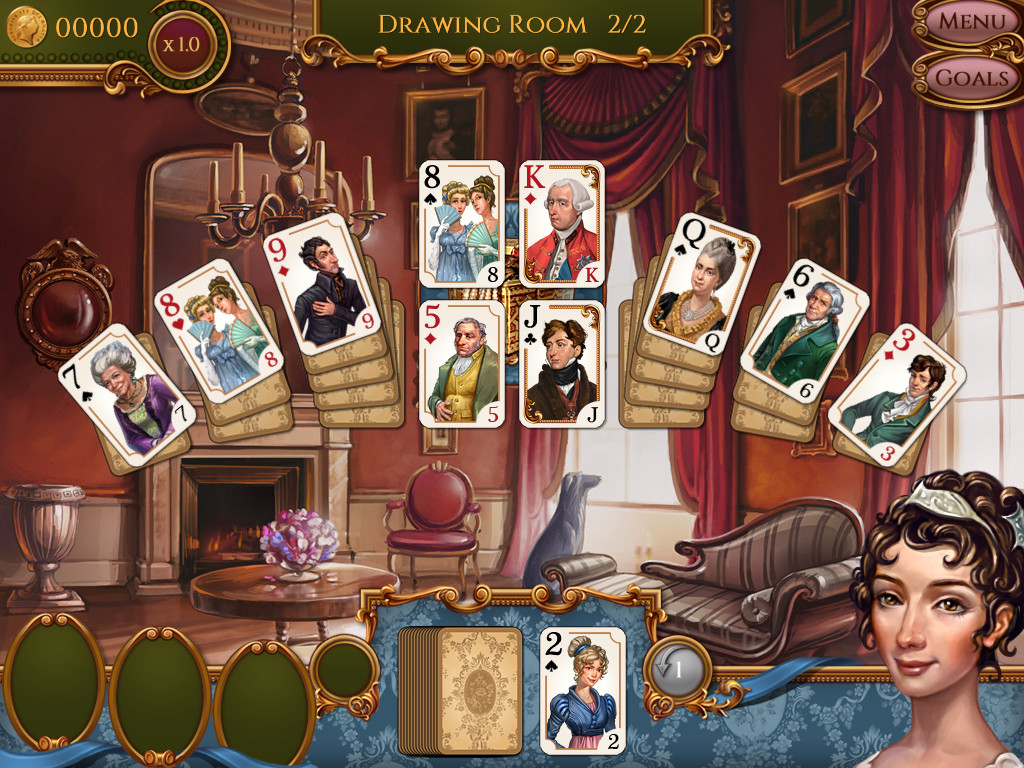 I don’t have anything clever to say about Regency Solitaire, which may come as a surprise to anyone who knows my writing. I don’t have anything to read into it, and I can’t seem to make it do any work it didn’t intend to do or to freight it with additional meaning. It is just a really good solitaire game with a nice line in progression and a difficulty curve to keep it interesting, lush artwork and a fun story riffing on the works of Jane Austen. I mean, I have to admit that I found the constant references to pearl necklaces kinda funny, but then I have the mind of a child.

All that aside, this is probably why I loved Regency Solitaire, it is a good game made by sound people who wanted to make a game about an Austin heroine card-sharping her way around the south of England to get to dance with a hottie at a ball and really this is exactly the kind of thing that there needs to be more of in games. Because, unlike every other form of media I consume the stories in games are so woefully similar it ends up being astounding when you get to play something well-crafted, slight, confident in its slightness and just enjoyable in and of itself. 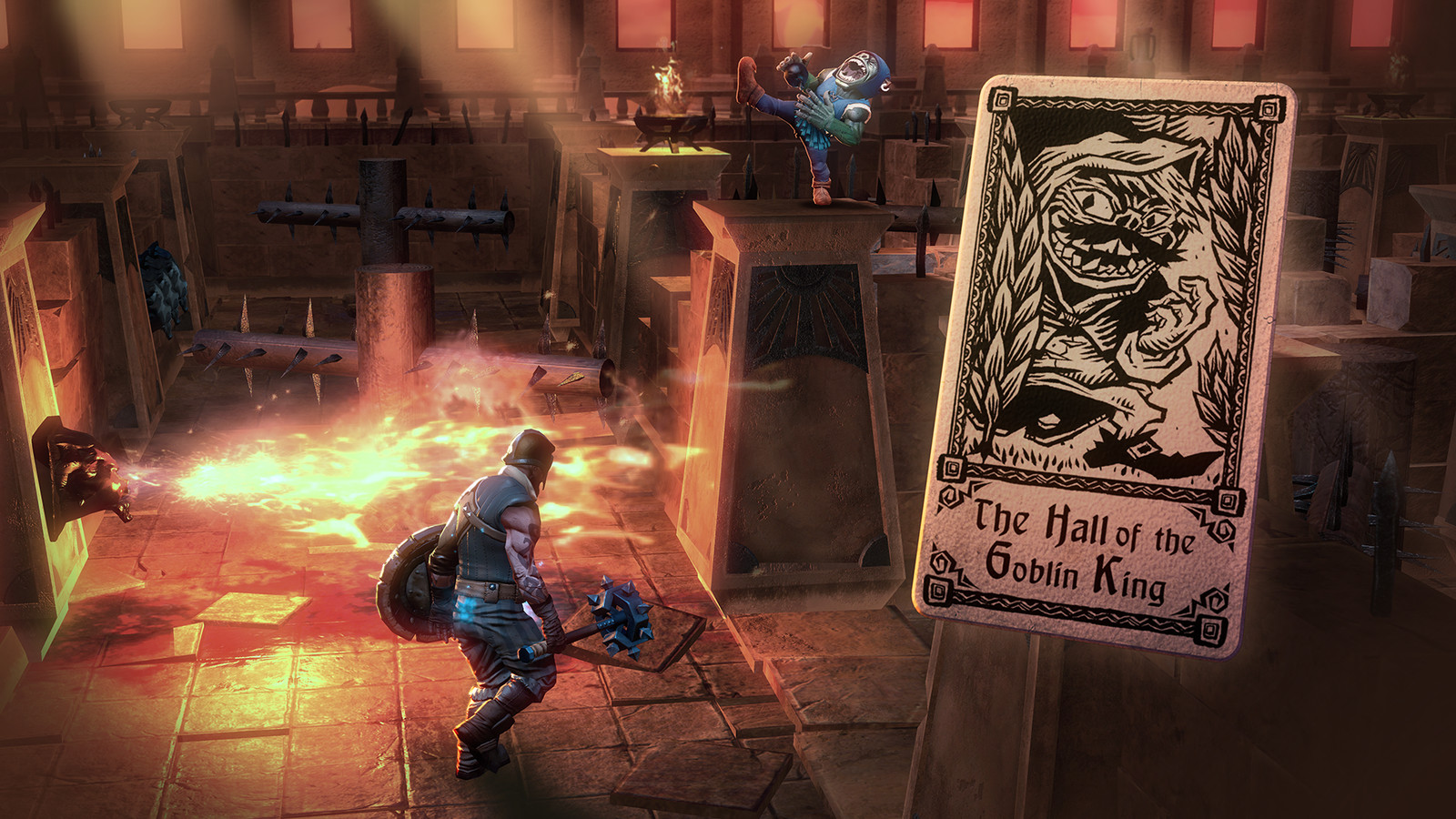 Tarot’s enduring popularity owes as much to its reliance on thousands of years of symbology as it does to its relatively modern standards of accessibility and customization.

Similarly, Hand of Fate is a richly textured dungeon-crawler that uses the familiar symbols of goblins, hitpoints, swords, and so on, to raise the mundanity of dungeon-crawling into a refreshing, existential metaphor. You build a deck and draw cards from a Tarot-esque arrangement, while zooming in to take hold of a generic fantasy RPG protagonist engaging in combat. The Two of Skulls does indicate that two skeletons will attack, but it also means hardship, suffering, and delayed reward.

Cards have long been a tool for modular storytelling, but in Hand of Fate, the dealer of every event in your adventure is explicitly malicious yet welcoming. He delights in your failures yet is coolly impressed with your successes. His voice washes in like the tide, just shy of taunting. Tokens rattle into a porcelain bowl, to be counted up in the afterlife, or the meta-progression, depending on how you see it.

The future is already laid on the table. Your path diverges, now and then, yet leads inevitably to conflict and growth. Step forward. Turn a card. 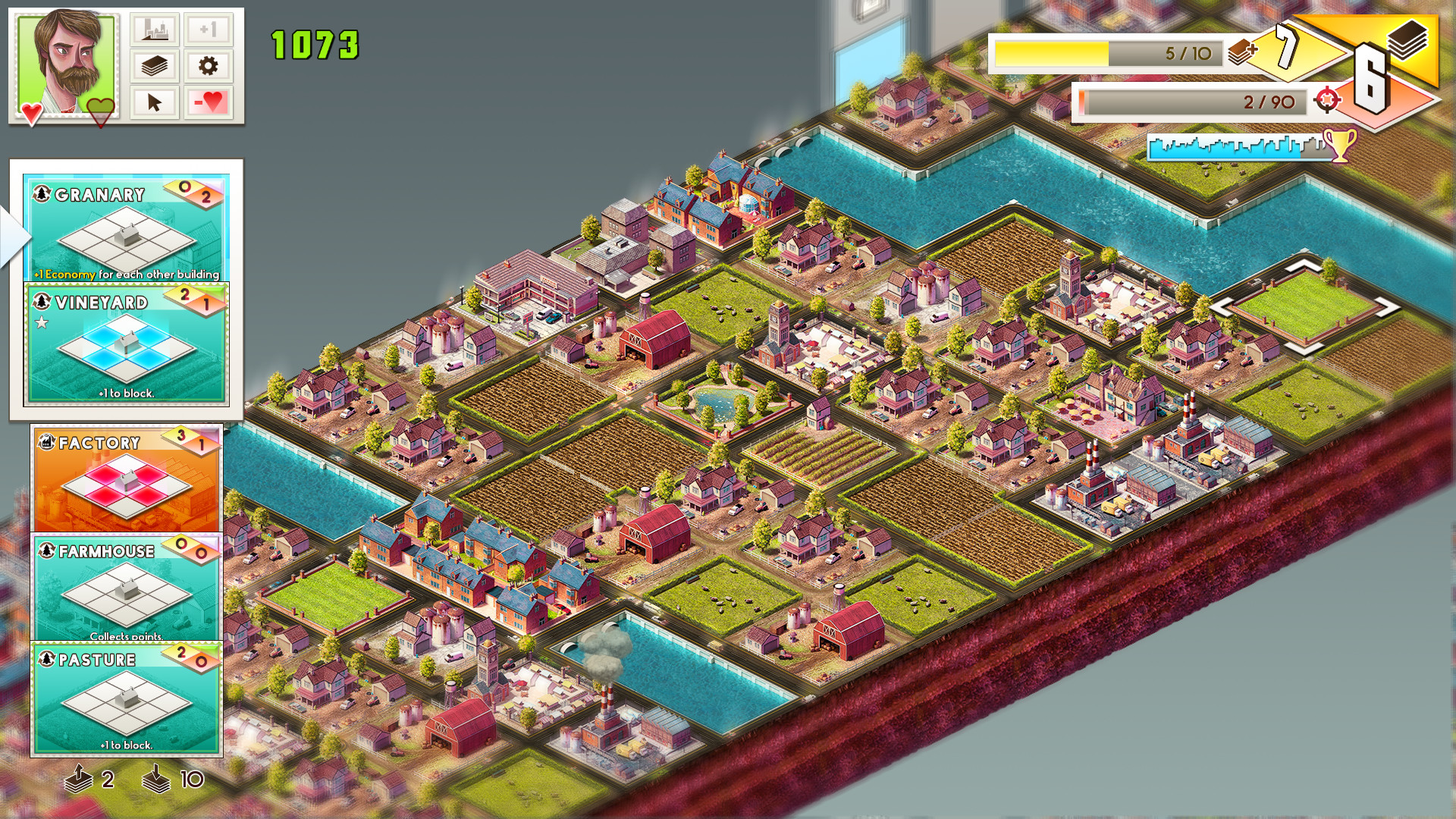 To be totally honest, walking into Concrete Jungle, I was expecting an ordinary citybuilding game with a nice aesthetic. I hadn’t paid much attention to the game’s nature before jumping in. Upon playing it, I was a little surprised to discover an unusually competitive puzzle game, and I was even more surprised to discover how much I liked it.

Concrete Jungle is a citybuilding puzzle game in which you play as a city planner, your goal is to put properties in places that will raise their values: building houses near schools, for instance, is good for their values, whereas building the same houses near factories will reduce their value. Row by row, you add buildings to a grid, by the end of the game, the player with the most points on their properties wins.

What Concrete Jungle demonstrates is the value of borrowing across the medium and between genres. I don’t know what the creative process behind Concrete Jungle was (though I have played its predecessor, Megacity) but I do know that the game is often described as a mix between SimCity and Tetris, which are two very good games that play in very different ways. Concrete Jungle isn’t the easiest game to define because it’s a trailblazer, or can you name another competitive citybuilding puzzle game?

Jourdan Cameron writes for Blackmannrobin.com and is working to bring videogames to television. When he’s not playing games, he’s likely writing science fiction. You can follow him on Twitter if you’d like to keep up to date with his work and occasional joyous rants on whatever crosses his mind.