It’s fair to say The Blair Witch Project is a true postmodern horror classic. Released in 1999, its story of three amateur filmmakers strutting off deep into the woods to try and film a documentary about the fabled and titular Blair Witch has become one of the most enduring and acclaimed stories in horror. Its trademark technique of a film within a film was a massive critical and commercial success, starting a trend of ‘found footage’ movies: completely fictionalized films made and marketed under the pretense of being rediscovered reels. The ease and low costs of producing such films made them a haven for independent directors and writers. But with the ease of using the tool, came the propensity to abuse it.

To understand the potential of point-of-view photography and how quickly it came to be a crutch for low budget horror filmmakers and, later, larger studios, we need to go all the way back to 1980. It was more than three decades ago that Italian exploitation director Ruggero Deodato unleashed upon an unsuspecting world the reviled and revered Cannibal Holocaust. Cannibal Holocaust presented itself as the last reel of a crew of documentarians who trekked to the Amazon to film indigenous cannibals. The crew resorted to inhumane and savage violence to film their documentary, poking the flesh eating beehive with an aggressive stick. They finally meet their just deserts in a finale so gruesomely accomplished Deodato was brought before Italian courts under the accusation he had actually murdered his cast.

While the idea of faux-gonzo storytelling can be traced back to the mid 60s and Blowup, Cannibal Holocaust took the idea to a whole new level. It used the dynamic of a film within a film to create a horror movie with satirical and highly disturbing bite, masking bleak commentary on the savagery of modern media under the guise of a cannibal exploitation movie. Deodato conceived the film after watching Italian news coverage of the terrorist group the Red Brigades, finding himself disgusted by the lack of journalistic integrity on display. The found footage photography communicated the film’s repugnance towards slanted journalism, with the documentary footage giving us a clear image of filmmakers so desperate for their shot they will callously degrade to savagery in search of it. It’s a distressing and affecting film, frequently counted as one of the most disturbing films ever made, and not without merit. The Italian exploitation roots resulted in several animals being killed on film while being prepared for meals for the cast, but even without the live animal deaths, it’s a brutal and deeply uncomfortable film that comes with a caution sign as much as it does a recommendation.

There was a tiny scattering of more found footage films released between Cannibal Holocaust and Blair Witch, but Belgium’s Man Bites Dog was the only real highlight. Following a film crew documenting the exploits of a serial killer, it reaffirmed the found footage technique as a tool for commentary and satire. Both Man Bites Dog and Cannibal Holocaust highlight how shockingly quickly a team of filmmakers can turn from observers to participants, dedicated to achieving their vision in any grisly manner possible. It was another attack on journalism and the corrupting influence of media, this time with a far more satirical, even comical streak. However, the underlying nihilism and extreme violence kept the films far outside the realm of mainstream attention.

When Blair Witch was released, its success proved that POV filmmaking was an effective method of communicating horror and distress even while keeping affairs almost bloodless. It lacked the wit and bite of Cannibal Holocaust and Man Bites Dog, replacing it with more defined emotional terror. However, what truly sold the film was the marketing tapping directly into the found footage aspect. The film wasn’t directly promoted as real footage, but neither was such a thing denied. With rough looking film stock, deliberately clumsy editing and a cast of convincing no-name actors, the idea of The Blair Witch Project being a particularly exploited last will and testament was easy to embrace. It was a pop-culture icon almost as soon as it hit theatres. It wasn’t the first of its genre, but Blair Witch used the technique in an accessible way without losing the meta foundation that made Cannibal Holocaust and Man Bites Dog so fiercely intelligent. 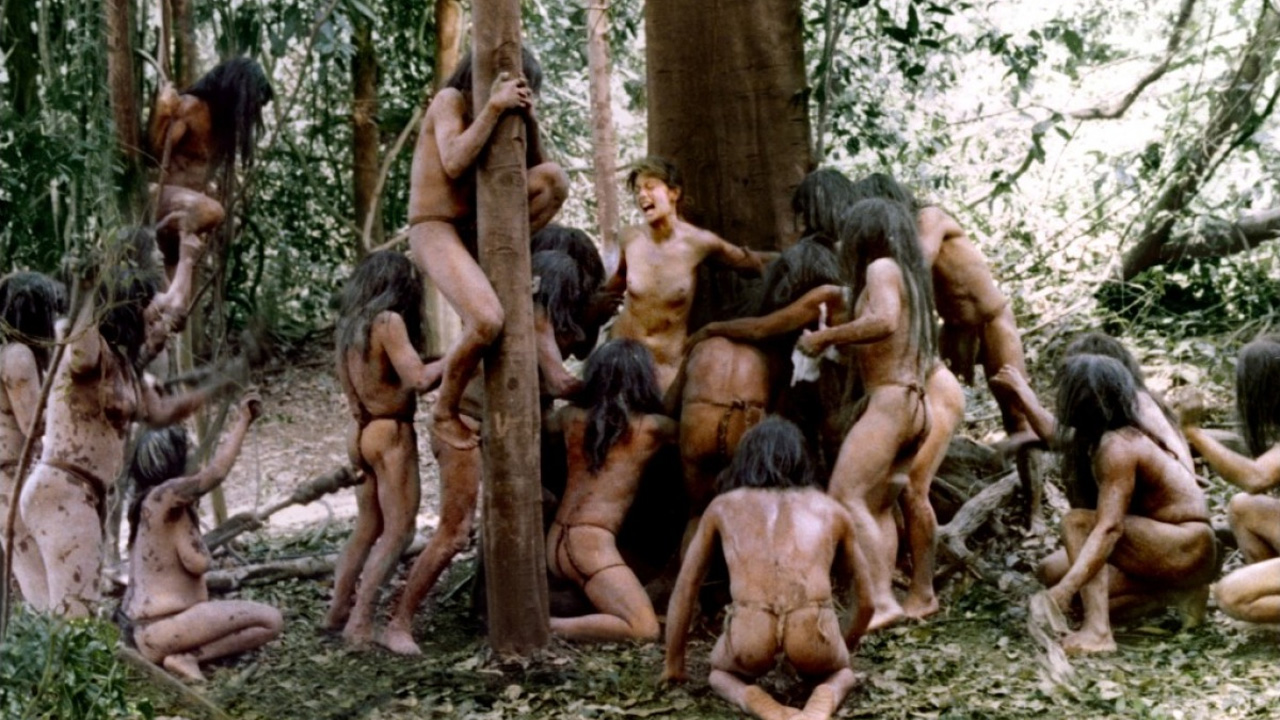 Low-budget horror filmmakers saw Blair Witch as an opportunity. The relatively low expense of producing such films and an inherent leniency towards mistakes made it a breeding ground for those whose films might be too ambitious to shoot outside of a studio system. Unfortunately, the result was in an influx of poorly constructed and shallow films that didn’t truly understand the technique. The August Underground trilogy was perhaps the worst offender, a collection of cheap and reprehensible faux-snuff films that relished in nothing but deranged and immature splatter. The best was Spanish flick [REC], a striking cocktail of paranoia and intensity, trapping a reporter and her cameraman in an apartment building as the residents succumb to a viral outbreak one by one.

Aside from [REC] and the experimental post-9/11 monster movie Cloverfield, found footage movies hadn’t ventured into any new or interesting territory. The ability to craft an entire film that tore down the planned, scripted and choreographed cinematic was ripe with potential and yet it was almost exclusively used for low rent horror. It was a great storytelling ground, sandwiched between cinema verite and more broad cinematic methods, and the popularity of the technique meant it was quickly becoming a subgenre itself. All it needed was another creative push.

A decade after The Blair Witch Project hit theatres, found footage movies received a formative shot in the arm with Paranormal Activity. Audiences had started to grow disenfranchised with the harshly termed ‘torture-porn’ subgenre, mainstream horror films focusing on explicit violence and gore, and the incredibly low-budget and gore-free Paranormal Activity turned into a huge and critically acclaimed hit. Despite being set in a single home, it had the same horrific edge as Blair Witch: the idea that what you are watching on screen might be a real document, a real event. At heart, it was a story of an ordinary young couple experiencing something supernaturally destructive in their very own home. The domestic, suburban quality gave proceedings a feeling of cognitive dissonance, which was only strengthened by the carefully executed POV photography.

Movie studios paid close attention to Paranormal Activity. Its two sequels were more careful than the dismal Blair Witch 2, and retained the suburban environment and the found footage style. They were both commercially successful, but the lesson studios seemed to have taken from the original was not domesticated claustrophobia, but that people like found footage and the supernatural. The feeling of an authentic lost record was bled out. The sequels, with bigger budgets and more tricks and gimmicks, became conventional pieces of storytelling shot from a cripplingly self-aware perspective. More and more films were pumped out of the Hollywood system with POV photography and found footage tropes strapped onto them, with little effort made to deploy the technique with finesse and intelligence, thus proving that the biggest film production houses in the world are as capable of languishing in misunderstanding as the lone filmmakers with a single camera and some few hundred dollars.

Between the release of Cannibal Holocaust in 1980 and The Blair Witch Project in 1999, less than 10 notable films were made using the found footage technique. Between 1999 and today, there are over 60, almost half of those following Paranormal Activity. While the artistic merit of films solely dedicated to providing slasher thrills is debatable, and that of films depicting gruesomely excessive torture even more so, POV photography and the concept of films within films are a tool, a way of enhancing a story and its themes. There have been enough examples in the past thirty years to prove its viability, particularly when it comes to talking about the medium itself. With the slew of dry, wasteful films of the past few years, it’s becoming a technique used less and less for its thematic weight and more because of the depressingly short-sighted assumption that it makes money. The two notable films that took it beyond the horror genre, the teen superhero movie Chronicle and post-Superbad comedy Project X, lost much in translation with their gimmicky, half-baked use of the POV style. Chronicle in particular had a ludicrous finale, stretched and snapped to incredulity by the insistence of keeping the film somewhere it didn’t belong.

A good found footage movie keeps the audience within our reality. It presents our world, captured on screen as we know it, without clean edits, without perfectly established camera angles and without a meticulously chosen score. It shows us a world we can believe in, and makes us watch, through that lens, as it twists that world into something shocking and profoundly different.  A poor found footage movie distracts us with its otiosity and grinds its gimmick into the ground. It results in a complete breakdown of communication. The fourth entry in the Paranormal Activity series will be fresh in theatres by the time this article is posted, and perhaps it will bring back that sense of authenticity. Likely, it will not. If found footage filmmaking and POV photography continue as they are, they will die on a film more exploitative than Cannibal Holocaust could ever be.