Cinema’s history is odd when it comes to commercialism and violence. It wasn’t until 1967’s Bonnie and Clyde used squibs to produce vivid blood spurts that more explicit violence crept into mainstream cinema. While drive-in schlock and taboo-breaking European films had shown gore and depravity, mainstream American cinemas had yet to project much bloodshed.

This context of relative purity helps explain the disparaging comments Sergio Leone’s The Good, the Bad and the Ugly received around its release – The New York Times called it “repellent”. To modern eyes the film seems almost bloodless. It features plenty of gun fights, but the bullets never penetrate or cause any blood spray. A brief scene in which a lead character is viciously beaten almost carries an air of slapstick for the lack of lasting marks. In the 21st century, the idea of The Good, the Bad and the Ugly being shocking, nevermind repellent, is close to laughable.

Especially when cinema has just given us a directly comparable example in Quentin Tarantino’s Django Unchained. A more straight-faced affair than his usual style of self-aware reference, Django still pays homage to the spaghetti western films of the 60s and 70s. Tarantino himself declared The Good, the Bad and the Ugly ‘the best directed film ever’, so it seems fair to consider it an influence.

And while The Good, the Bad and the Ugly was a fairly bloodless affair, Django is soaked in it. Its protracted climax easily makes it the most violent Western ever made, possibly one of the most violent big budget films too. Yet it received little criticism over this. Professional critics completely glossed over it, considering it both part of Tarantino’s style and an ode to the ultraviolent Westerns made in Italy. Audiences seemed neither shocked nor repelled, rewarding the film with a healthy $423 million at the box office.

Why is Django considered a fine piece of blockbuster entertainment while the comparatively chaste The Good, the Bad and the Ugly suffered a critical lashing? Part of the initial, hostile reaction was over it being a Spaghetti Western, a genre that was generally marked down regardless of actual quality. The level of violence would likely have received negative attention either way, but placing it in a commonly reviled genre only exacerbated the problem.

The lashing of Spaghetti Westerns, in turn, had to do with film criticism’s excessive notions of maturity. The 50s and 60s saw the reign of Goddard and Hitchcock, and auteur voices were considered far more expressive and important than big, brash crowd pleasers. Critics favored elaborate explorations of the human condition, films dabbling in violence and sex were seen as inferior and lacking directorial vision, they were kept to smaller theaters and mass-attended drive-in screenings. 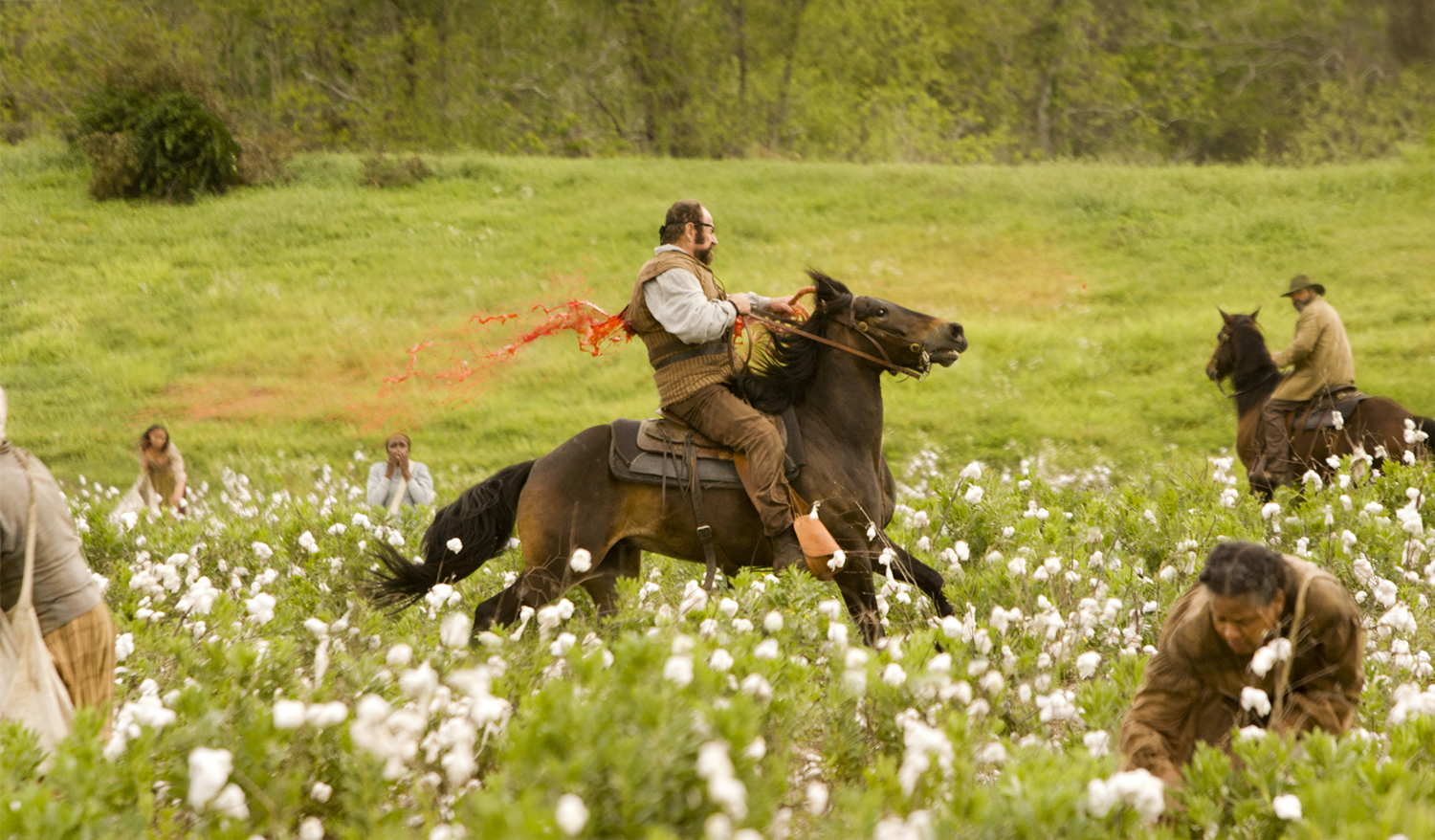 It all changed in the 1970s when quality blockbuster entertainment became so prominent it was impossible to ignore. The one-two punch of Jaws and Star Wars (films rooted in the old taboo of ‘genre’) cried for a new yardstick, one on which blockbusters could be graded on the same scale as the smaller, artistic films. This critical re-evaluation ran parallel to a change in perception. Theaters were seen as family establishments in the 60s, young adults and older teenagers kept to sleazy drive-ins. Now they had grown up into a new generation of movie fans and critics.

Tarantino’s fascination with grindhouse plays well to an audience that indulged such fare in their childhood. But unlike The Good, the Bad and the Ugly, these films were already cast off as wretched and despicable, banned from classier establishments. Sergio Leone’s Western was a shock to the cultural system only because it was allowed into it in the first place.

It’s also important to underline the difference between disturbing and cathartic violence. Django actually plays with both – a fight between two black slaves halfway through the film is tough, messy and uncomfortable, while the final shootout is exciting and fun. Gore and blood are really only the byproduct of violence, the important thing being its framing. Peter Jackson’s Braindead and Sam Raimi’s The Evil Dead are two of the most gruesome films ever made, but their slapstick tone and wry wit make them light films rather than a heavy ones. The idea of a ‘fun’ violent film would have been unheard of in the 60s, an era still accustomed to silly, bruiseless slapstick. The introduction of more explicit and more shocking violence over time allowed talented filmmakers to meld the innocuous with gore to produce enjoyable results.

The reaction and lack of reaction to violence in The Good, the Bad and the Ugly and Django Unchained is part of a larger cultural growth in films and their audience. Genre films have always dabbled in the explicit, all it really took was one film every now and again to push back the borders for the mainstream. And it’s a frequent push: From Blood Feast, to Night of the Living Dead, to Last House on the Left and recent examples like A Serbian Film and The Human Centipede. Does this mean we’ll eventually see films with even more explicit violence make $400 million a year? I doubt it.

Everyone’s seen The Human Centipede trailer on YouTube, but far fewer cared enough to watch the full product. It’s a byproduct of a more connected society, in which streamable trailers have replaced word of mouth, making the depraved and disgusting accessible enough that audiences don’t need to seek out its full realization. Eventually, the excess you pile on a film reel produces nothing but diminishing returns. Instead, it’s important to fuse it to a story,  place violence in context and make it palpable to the audience, ensuring it’s appropriate and resonates on the frequency the filmmaker desires. Most audiences don’t appreciate being disturbed or revolted; they want to be engaged and excited, and these things are neither harmed nor encouraged by splashing around blood. What’s important is what the red stuff means.