Leigh Harrison takes a moment to thank the space guns.

When you’re a kid, pretend guns make all sorts of rad noises, as if those two fingers and a thumb are singing John McClane’s husky yippee ki-yay. There’s the versatile PFFF of the literal hand cannon, favored by everyone from gunslingers to bank robbers to secret agents. The teeth-and-tongue THHH THHH of the uzi or machine gun is a stone cold classic. Layer on some slow motion and you transcend all known metrics of coolness. DUFF…DUFF…DUFF. It’s the audible equivalent of the Marlboro Man purposefully riding his horse through the desert. Except the horse looks like James Dean and Mr Cowboy is galloping to fist fight mustachioed ‘70s British TV star Peter Wyngarde, in an attempt to convince him that smoking is a dirty habit. (Please insert your own juvenile cultural touchstones where appropriate.) Space guns, though. Space guns don’t go BANG, they go PEW PEW, PEW PEW. And there’s nothing cool about a pew.

From the very start, Mass Effect knew that space guns suck. This is why its space guns have always been regular video game guns that happen to exist in space. There’s some flavor text in one of them explaining that weapons fire superheated plasma using a micro reverse polarity field generator (or something), but that’s just for the lore lords. Make no mistake: my space shotgun might shoot bright orange energy shells, but it sounds, handles, and gruesomely explodes heads just like a regular video game shotgun, because functionally it is a regular video game shotgun. It goes boom, and that’s all I needed to know about how it works.

There’s always been a heft to the guns in Mass Effect that’s helped me connect to the core shooting more so than, say, Halo, which has always felt to me like blowing raspberries into the wind. My favorite video game guns have always had weight to their shooting; a sensation that every bullet is meaningful. The M1 Garand from the Half-Life mod Day of Defeat is my absolute best. It’s powerful and can kill with a single shot to the head or chest. But the recoil is heavy, it only holds eight rounds, and can’t be reloaded mid-clip. Oh my, that frisson. Also, it lets out this almighty KFFF when fired, and a strangely upbeat PING when that eight round clip is ejected. It’s like I can feel it through my ears.

(It’s probably worth pointing out here that I’m not some “from my cold, dead hands” Hestonite. Here in the UK, the only people who ever use guns are dickhead Tory boys in Barbour gilets; the kind who escape to the country once a year for a spot of bird murder and greasy, drunken meals with equally odious characters, most of whom write for right wing newspapers and are thoroughbred arseholes. Guns are rare and mysterious and even video game ones are fascinating to me: artefacts whose use is to be explored and understood on an anthropological level. This said, I approach firearms with equal measures of morbid curiosity and outright revulsion, just as a child would when poking with a stick the shot-riddled corpse of a grouse cast aside by the sort of graceless fake posh boy who’d spill a glass of red wine on your carpet and use a side table to hide the evidence.) 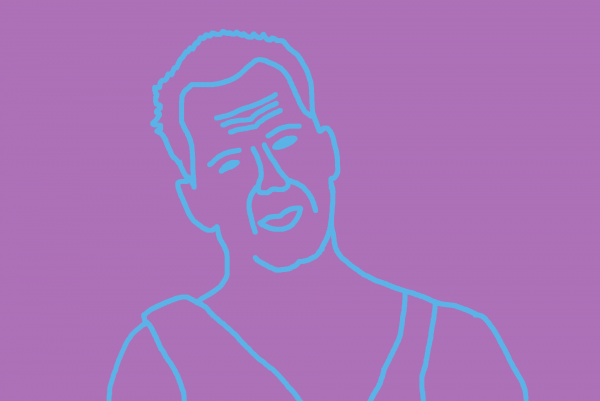 Cigarettes Sold Separately No. 7 (John McClane) | 2020 | Courtesy of the author

At the beginning of Mass Effect: Andromeda I’m dumped on a planet filled with chest-high walls. I’ve got a space assault rifle, a recharging shield, and an unquenchable urge to spill some green blood. Except I can’t, really, without hunkering down behind cover and cautiously popping up and down, taking choice pot shots at the definitely evil and beyond redemption space imperialists, the Kett. It’s slow, methodical, moderately tactical—and really quite dull. There’s always been this tension in Mass Effect, between its (inter)stellar interpersonal drama and its bloodyminded insistence on being a cover shooter.

And let me tell you for a hot minute: I’ve never much liked cover shooters. Critics like Doc Burford can explain in wonderful detail why they work for people, and I can understand the arguments on an intellectual level, but games like Gears leave me emotionally cold. I find them lumbering and clumsy, like my dear old dad shuffling in after a night at the working men’s club brandishing a bag of meat he won in a raffle (this is a thing in the north). I will one day move like this in real life; I don’t need video games to act as a window into my inescapable destiny. 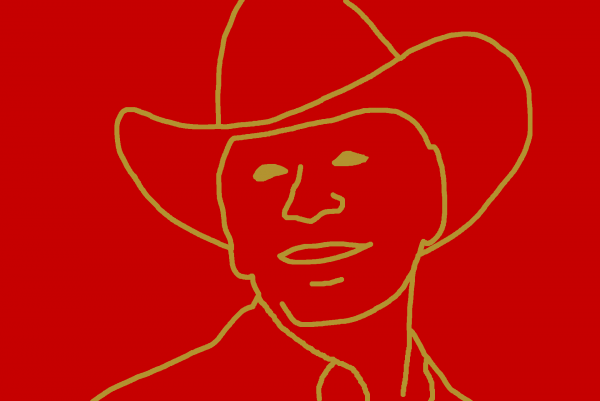 Cigarettes Sold Separately No. 12 (Marlboro Country) | 2020 | Courtesy of the author

But my quarrel with cover shooters runs deeper than mere existential dread. I’ve done some real soul searching of late and come to the conclusion that shooting video game guns, as an act in and of itself, does little for me. 50 Cent: Blood on the Sand is a shooter, but it’s not solely about shooting; there are other mechanics at work like slow motion (DUFF…DUFF) and turret sequence jeep rides with DJ Whoo Kid. My magpie mind needs these distractions to be happy.

I always gave Mass Effect a pass for having good video game guns but rote cover shooter combat in which to use them. It was only ever one part of a much richer whole, so I’d begrudgingly participate and even, on occasion, properly enjoy myself. But the combat was by and large a means to get to the next story beat or interpersonal conflict. The early promise that Andromeda is yet another cover shooter didn’t set my heart aflutter.  Indeed, its first hours were just me crawling around surveying the pointing on a thousand different chest-high walls. Like all that driving, it’s totally fine but very unremarkable. On the whole, Andromeda is a game of many serviceable mechanics that would, I imagine, become absolutely dreamy in the Sequel That Never Will Be. There was so much promise. 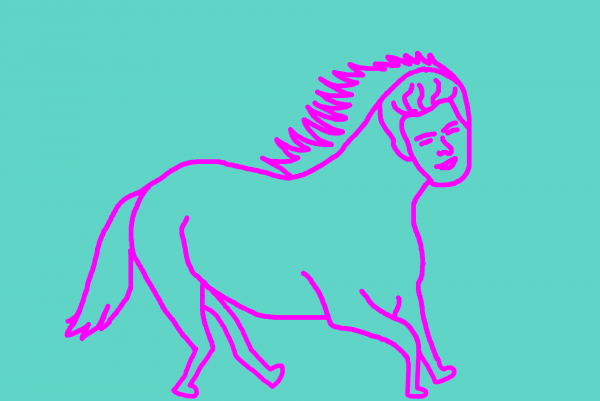 There’s this crafting system, right, which is quite good. Using all sorts of resources I pillage from the land and rip out of corpses, I can improve my weapons and armour with fun new augmentations like fancy space scopes and laser death rays. But to upgrade anything, I first have to unequip it and any augments. This is done at a terminal a few rooms away from where I upgrade it. So I have to run there, unequip it, and then run to the upgrade terminal. And once I’ve finished I need to reverse the whole process, re-installing the addons from memory. It’s awful, and at some point I just stopped improving my gear because the process was so belligerently awkward. I’m not a game designer, but I’d like to think, given enough time and tens of millions of dollars, Andromeda II would have figured out how to let me upgrade my gear while it was still on my person. But the answer to this question is lost to time and a thousand sarcastic gifs. Thank you, internet.

There’s one upgrade, though, the futuristic-sounding Shield Oscillator, that changes the entire game, and I’m glad I grabbed it before I stopped fannying with the system. It attaches to chest armor and recharges 25% of my shield when I kill something. I cannot overstate how fundamentally this alters the flow of combat. Before, it was all about popping up from cover to shoot, then sliding back down—like a vicious coward—to let my shield recharge. With this one augmentation, Andromeda becomes something more akin to Destiny—a lofty compliment indeed, for Destiny is perhaps the best space gun game ever made. 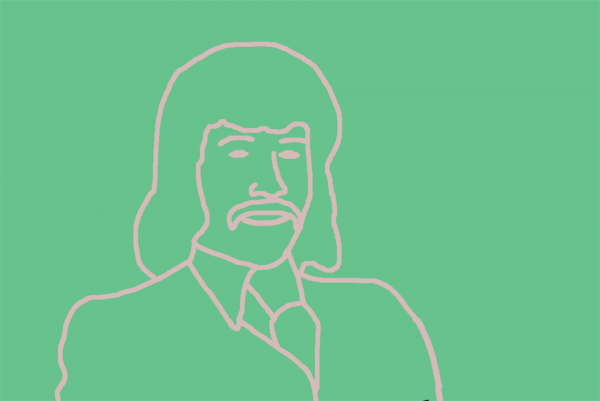 Cigarettes Sold Separately No. 1 (Peter Wyngarde) | 2020 | Courtesy of the author

In an instant, Andromeda stops being a cover shooter; it transcends its lineage and starts being a genuinely good game to shoot things in. The tension shifts from the am I exposed or not? dichotomy of Gears to the more interesting Bloodborne Equation, where aggressive plays and counters are rewarded by me receiving back a portion of my lost health. With my Shield Oscillator equipped the chest-high walls are meaningless. It is to my detriment to hide away: as long as I keep on murdering I can keep on murdering. Combine this with other augments that increase my damage output and rate of fire with every kill, and being cautious actually works against me.

Since figuring out this one weird trick (doctors hate me), I’ve played the rest of the game at full tilt. Battles—and there are lots of them—have been this preposterous melange of power armor, robotic exoskeletons, and alien carapaces colliding with my barrage of superheated micro reverse polarity plasma. Unshackled from my chest-high walls I run around like a Roomba on the fritz, barrelling into foes and furniture alike until all are reduced to a pile of splintered kindling. It’s Serious Sam if Serious Sam were also a really well realized BioWare RPG, not just one mechanical joke repeated across a dozen or so games.

I couldn’t have played Andromeda for 70 hours if it had been a cover shooter throughout. “Bloodborne in space” is how I’ve played and enjoyed it but, as we’ll see next time, Andromeda throws so many progression paths at players that you could viably play it in a great number of ways. Stealth lad with a sniper rifle? Set your sights. Melee bruiser who’s a bit of a pyro? Light it up. Psychic head exploder who can fly? Don’t dream it, be it. As I say every time right about now, Mass Effect: Andromeda is my jam. I love, love, love it. The series’ guns were always cool, it just took four games until I wanted to shoot them.