Yo, check it, my brothers and sisters, this episode of Same Difference is going to be a banger. (That’s English for sausage for some reason.)

We’re having a celebrity guest reader of Mrs. Horsecroft, my careers development teacher. (Sorry Miss Ashcroft, auto-correct must have changed that)

See, she says that games aren’t a real job, and I said, “THAT’S NOT A FACT!”, so this is what I’m writing to show her how good at it I am.

So, get your gamepads ready for SAME DIFFERENCE: TIME & MOTION— the FACTS about the new wave of gaming, and why the difference is the same.

With the rise of puzzle games, and all that strategy role-playing nonsense, there’s been strange limits appearing on characters and what you can and can’t do, but is it TIME or is it MOTION?

is the great equalizer, despite it not appearing in the film adaptation of that British show. It’s what gives men different numbers of legs according to the Sphinx, but it’s also what can stop you proceeding.

is the great non-equalizer, where you only achieve things by walking, sort of like in all those Walking Simulators about feelings and things. But are they the same? Let’s have a look at the FACTS. 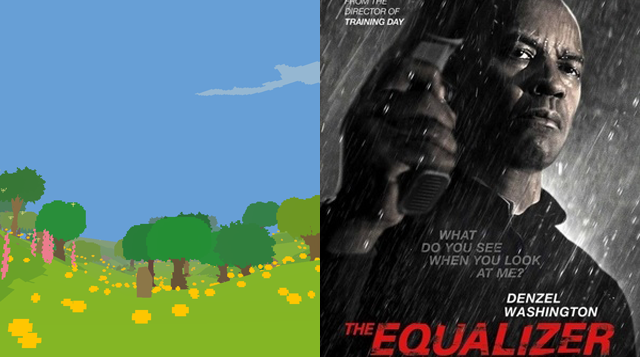 FACT:Whatever doesn’t kill me gets me experience – Nielsen

See, all the great game designers– Infinity Ward, Visceral Games– know that you can’t just give people stuff when they boot up their game. There have to be levels, like an onion, each one of them guaranteed to make you cry in a different way. But how do you stop them getting the stuff, yet still allow them to get the stuff later?

Well, you can limit them by TIME— like when your mom says you’re grounded until next week– or by MOTION— like when she says you have to clean your room first, even though her room is a mess all the time.

But hold on sKanDLe, you say, interrupting again. What happens if cleaning your room takes until next week? See, you’re learning now. Sometimes you can have Time and Motion together.

If you’re trying to knife 50 guards, is that the time taken or is it the motion used? Looks like we’ve got to FACT-DEFINE first.

FACT: TIME-limited is when you can’t do something quickly.

Now, when I’m sitting in my camping spot, I can pwn hundreds of noobs with my 720noscope. (What? Too obscure? You’re kidding?!?!)

Huhhhh, OK, when I’m sitting in my favorite spot to snipe people, I can shoot lots of people very quickly. That means I’m not time-limited, because they just run in front of my gun. So any game where you can sit and spawncamp (IS THAT TOO OBSCURE?) isn’t time limited.

FACT: MOTION-limited is where you can’t do something in one spot.

The obvious point on this is Capture the Flag. Even if you’re racking up kills like a Game of Thrones wedding, you can’t capture the flag without moving. Now, if this is on a big map, you’re gonna take more time to get there, more time to get back, and have more chance of getting killed. It still takes you time, but it wouldn’t take you time if you spread your team out over the map. Then they could just baton race the flag back to base. I haven’t gotten that to work on Battlefield yet, but I’m thinking it’s patched out because its an exploit.

FACT: You cannot kill that which has no life.

The South Park episode “Make Love, Not Warcraft” shows how Time can be overcome without risking life and limb. If you’re one of those dorks who wants to grind level 1 Boars, there’s nothing to stop you, and someday you’ll get to whatever rank is WoW‘s King of the Dorks.

This is a recent invention though, because Everquest, the jealous stepfather of WoW, had a similar “cheat” called kiting. Simply put, you could run round a monster damaging it and it could never get close enough to slap you. So Motion also works as a way of ranking up without threat.

Back in the first days of computers, there was the very first Easter egg. It was in a game called Adventure for the Atari, and it has  a file size smaller than this review. That was back when more time was spent loading games, not playing them, so it was MOTION that caused it. Today, most Easter eggs are hidden by MOTION rather than TIME (except for the really sucky ones in Braid).

Think about all the Easter eggs you know, like Mario’s pipes, The Heart of GTA, Rainbow Road‘s Jump: they’re all MOTION tricks. 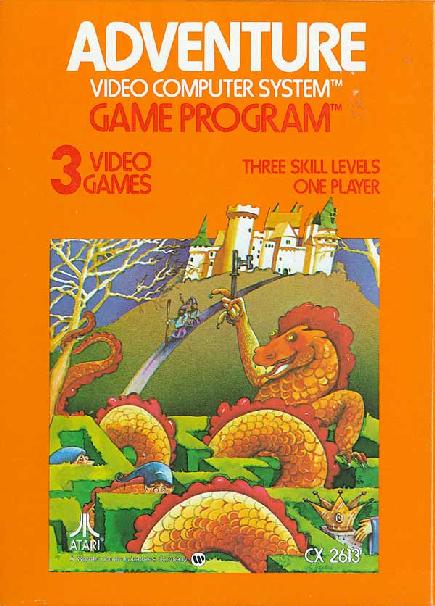 FACT: Time is MATH for clocks.

Time limits are part of the modern generation. Mobiles don’t really do much motion; even Temple Run is less movement than the Wiimote, but you can sling arbitrary time limits in there until the cows come home. Look at the monstrosities that were Farmville and Dungeon Keeper. We’re limiting your play time by limiting your playtime. Going straight to the source there, Einstein.

Look at Candy Crush (or rather don’t). How do you get moms to play something that used to take leet skills? Make it take leet time instead. They’ve got so much more of that.

FACT: TIME and MOTION don’t really mean anything according to Newton.

There’s a book called Philosophiæ Naturalis Principia Mathematica (which I’ve totally read) that explains that there’s no way of measuring time and motion. It’s all really complicated, but Newton says that you can’t measure anything, since the only way to check it is with someone else’s measures, which won’t be the same. I tried this out with Steve, and he measured something in inches while I did it in centimeters.

Same thing with time. If you run around your house looking at all the clocks, they never tell the same time, do they? That’s because clocks can’t tell the same time because they’d have to measure it, and then you run into the motion problem.

So why are clocks in games in the first place?

FACT: Without limits, games would be limitless.

So, we’re ripping out time limits and movement limits, is that it? Well, hold onto your hats, because I like them.

See, if I start playing a game like Flappy Bird, I know that it’s just motion training, the same as Dungeon Keeper Mobile being time training. That means I can beat it just by lobbing time/skill at it. No real challenge.

You know what happens when you try and play Golmud Railway on 12 v 12? You spend ages just looking for people to shoot. That map is too damn big. Limits are good in theory and practice– it’s just how you used them.

SO, sKanDLe, are they the same or are they different? Well, YES. They are THE SAME AND they are DIFFERENT. Both are measures used to limit what you can do, but they can also combine to form something bigger than the whole. They give you the walls that make your house. The walls that keep you out of the cheapo houses as well. 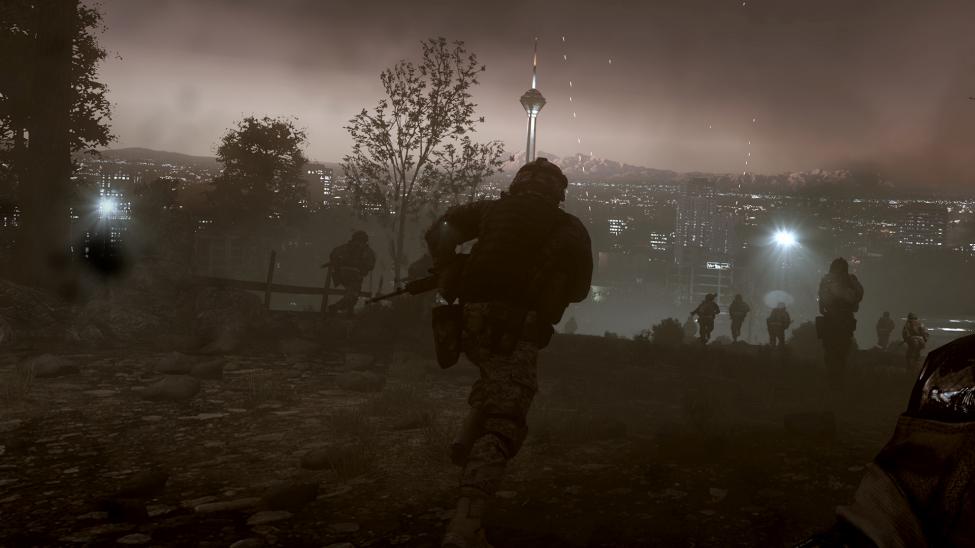 People often say to me, sKanDLe, how did you 100% Battlefield on your first try, like it says in your sig? They’re amazed when I tell them it’s about TIME and MOTION; they’re so amazed, in fact, that they have to insult me because they don’t believe it. See, I know that I’m good enough to beat anything Battlefield throws at me, whether it’s rats or zombie Presidents or nukes. (You get to the end of “Shock & Awe” and you beat it– I don’t care what the h8rs say.)

But why haven’t I got all the achievements yet? TIME and MOTION. See, I know that I can, ‘cuz I have got all the rest so far, but I’m being held up by the TIME of having to play it and because of going through the MOTIONs. That means it’s both of the limiting factors in games. Getting to the top of the scoreboard on my first time means I’ve already got all the skills to 100% the game, because there’s no dude or dudette out there who can beat me. And that’s a FACT-CHALLENGE.

Now I’m supposed to do a big thing on how this is supposed to have taught us something, but I know that you, my loyal readers, already know most of this. YOU KNOW THE FACTS! That’s why you keep coming here. But do your friends? Even your friend who’s like Steve and steals your Doritos?

That’s why I need you to finish off my Same Difference: Time and Motion. Yeah, I’m looking at you now. I haven’t got the time or the motion to get my teacher to believe me that games are important, but as part of this course I gotta show something, and I’m showing YOU.

Go to Reddit, Digg, Myspace, and all those other dead websites and show them the POWER of FACTS. Send ’em to me, and the best reader gets a signed copy of my next Same Difference.

← Off The Grid: Gunman Clive 2
Art Tickles: The Very Worst →