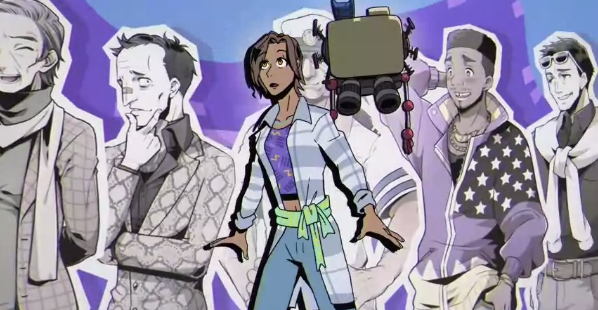 Off the Grid: Murder by Numbers

Lockesly Winters is a loose cannon who don’t need no man.

If you’re here looking for a standard review then here ya go: Murder By Numbers is a picross game with a fun story that I can’t wait for sequel to. With that out of the way, let’s talk about the ‘90s. Murder by Numbers (MbN) is steeped in ‘90s television and movie nostalgia tweaked for a modern audiance. While The Clinton years did have their more problematic elements when it came to marginalized communities, I still enjoy the outlandish concepts and eclectic aesthetic of the decade ; MbN is clearly as much a fan of it as I am.

MbN follows Honor Mizarashi as she transitions from actress to PI while teaming up with a robot named S.C.O.U.T. to discover his past. It’s a perfectly ‘90s set up, laden with cliche upon cliche. Honor dresses like a Saved By The Bell reject and helps a detective that is getting too old for this shit. Scout is the embodiment of the ‘90s’ love of non-human sidekicks, a floating computer that is driven by logic.  MbN uses its’ sharp humor and clever writing to do a perfect send-up to the era while also using a modern eye to rectify the more problematic elements of the decade.

Representation, if you weren’t white or straight, was not the best in the ‘90s, with what little positive representation there was overshadowed by tokenism and harmful humor. MbN eschews these elements of the era with a diverse cast and a more nuanced approach to various issues. For example, Honor is a mixed-race woman who has a gay best friend, works with a POC scientist to solve her problems with a sentient floating computer monitor, and also deals with an intrusive ex-husband. It might sound like a cavalcade of diversity for diversity’s sake, but most characters’ identities play into the story well and MbN takes the time to develop them. 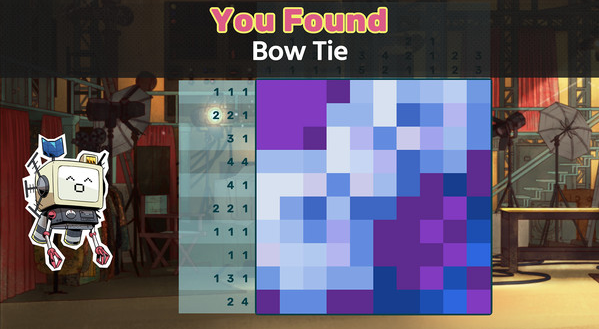 Sure, everyone’s character arcs are predictable as can be, but that’s comforting in a way. You know that the distrustful Detective Cross will eventually warm up to Honor and that Scout will learn humanity slowly but surely and that’s okay. It’s having a fun time and it wants the player to have a fun time, too. It’s a warm blanket on a cold day. I was aware of what was coming but I knew the journey would be great. By the end I was emotionally invested in these people’s fate, even the one who was essentially a rocket-powered CRT TV.

The game is divided into cases ala Phoenix Wright and takes most of its narrative structure from there as well. This helps the game find a good pace as we delve into Scout’s past whilst also developing the relationships between the main duo. Much like Phoenix Wright, we also have the mid game filler episode. Case 3, If the Shoe Fits, steps into this role easily with a focus on K.C and the local LA drag scene rather than the bigger mystery of Scout’s past. It’s my favorite of the cases and a surprisingly nuanced handling of gay culture. It brings to the forefront the impact of the Drag scene on gay culture in the ’90s, and the way it helped lost people find a home when their family didn’t accept them and a place they could question their gender without judgement. Detective Cross’ discomfort around the queens is shown as his problem, not the queen’s fault. Hell, even Scout gets a cute little scene questioning his gender and is basically told to “be who you are.” It’s excellent representation all around, helping to develop our leads and raise K.C. above sassy gay friend into a character with some depth.

I adored Murder by Numbers’ love letter to ‘90s nostigala more than I ever thought I would. It shows how a callback to an era doesn’t have to be warts and all. We have hindsight that lets us make better decisions and this game did just that. 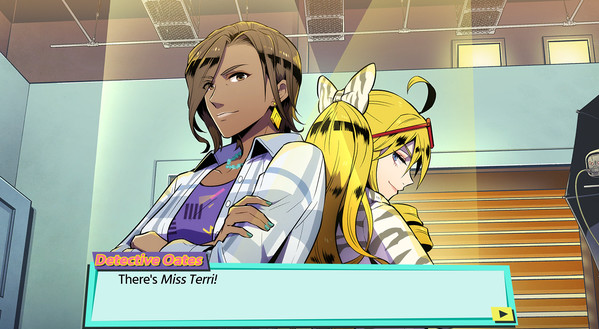