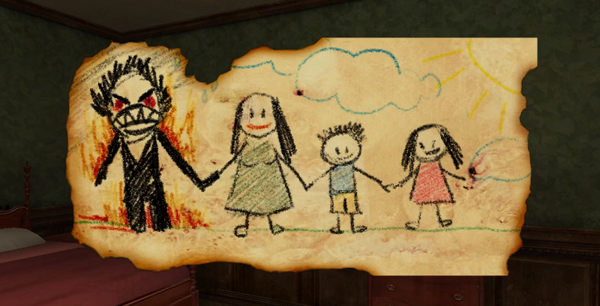 April Tyack takes the knife to Vampire: The Masquerade’s most memorable level.

Vampire: The Masquerade – Bloodlines (henceforth Bloodlines) is part of a minority of videogames assigned cult status, although its initial reception was marred to some extent by its bugs, glitches, and an unpreventable crash along its critical path. Over time, Bloodlines’ more janky aspects have been recast as part of the game’s charm, but this is tertiary: when it works – with remarkable attention to how characters move and emote during conversation, a skill system that de-emphasizes linear progression, and a script that tends to eschew plausibility without approaching tedium – it still feels cutting-edge. Bloodlines’ cult status has bought the game a measure of forgiveness: the present-day cultural narrative has solidified into blaming Activision (Bloodlines’ publisher), rather than Troika (the developers); nostalgia, however, does not see clearly – it simply distorts vision in a different way. Few other games will be viewed through the same lens in the years following their release. Perhaps the most frequent subject of players’ nostalgia for Bloodlines is a single level – the ocean house hotel – which continues to be upheld as a monument to level design, particularly in its occult context. Nonetheless, its legacy is more complicated than the view through rose-tinted glasses would suggest.

Bloodlines makes an uncharacteristic effort to build the reputation of the ocean house hotel environment itself as an antagonist in the mind of the player, long before their direct encounter with the space. The employer’s casual attitude towards the building, introduced as the site of a mere fetch quest (a minor thorn in her side, really), draws suspicion through its apparent simplicity. Never mind that the spirit haunting the hotel has sent every construction company in Los Angeles packing – though its methods remain unspecified – and hence requires exorcism. The game even makes a rare attempt at an establishing shot: the player, having emerged from the sewers onto the bare earth of a hastily-abandoned demolition effort, cannot ignore the haunting presence of the ocean house hotel, which looms before the imposing night sky.

The hotel itself is an isolated thing, left to necrosis, and architecturally plausible; this partial stake in reality is crucial to Bloodlines’ environment design at large. Vampirism in a more fantastic world would have lower stakes – Bloodlines’ horror results from the recognition of the real in the fantastic; in twisting everyday spaces, undertones of potential danger pervade each in turn. The ocean house is largely memorable, then, because it directly realizes this latent threat. The building itself is weaponized: a chandelier is sent hurtling from the ceiling in the main hall; a well-stocked kitchen inventory is flung erratically over an extended telekinetic offensive; a falling elevator sends unwary players to their Final Death. 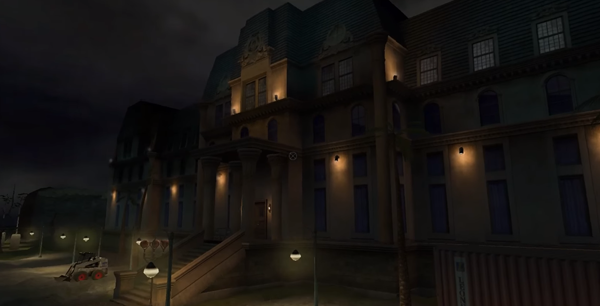 The hotel’s verticality serves in part to de-emphasise its strict linearity. A rude diversion to the basement – the result of a collapsing staircase – is merely the first of many ostensibly unauthorised breaches of the building’s regular mechanisms of traversal. Find the key to fix the basement elevator in a washing machine, conveniently placed near a yellowed newspaper reporting on a severed head found in another. Squeeze into a dumbwaiter; clamber up the elevator’s service ladder. Scramble through a hole in the ceiling to access the second floor of hotel rooms, and try not to fall down the elevator shaft on the way out. Traversal of the ocean house hotel is strictly controlled – in this sense, it is identical to its equivalent carnival attraction.

The control exerted through the well-disguised linear design of the space – culminating in the realization of its intended experience – is crucial to the level’s enshrinement. The ocean house is the precipitate of Bloodlines’ design; its blatant intensity the prerequisite for player recognition of a design intent that regardless prevails throughout. The level directs the player in navigation and towards particular sensations, and hence the player’s right to active participation must be abdicated for the game to reasonably continue. Here, Bloodlines demonstrates a mode of engagement that reduces the player’s role to mere operation, and it is this mode that predominates in the contemporary videogame.

Videogame engagement regularly occurs in the absence of substantial human participation. Indeed, this paradoxically results from the prevalence of player-centered design processes, which are themselves part of a broader turn towards rapid prototyping and frequent playtesting; “fail faster” and “follow the fun” are the order of the day. Player-centered design, and its emphasis on player experience, are in fact eliminating the videogame player and their conscious experience alike. The attempt in design to induce a particular experience implies its control, and instead results in the degeneration of play itself; the videogame player’s capacity to participate in constructing their own experience is progressively diminished. Their disempowerment is the means by which operation, rather than play, threatens to become the primary mode of videogame engagement. 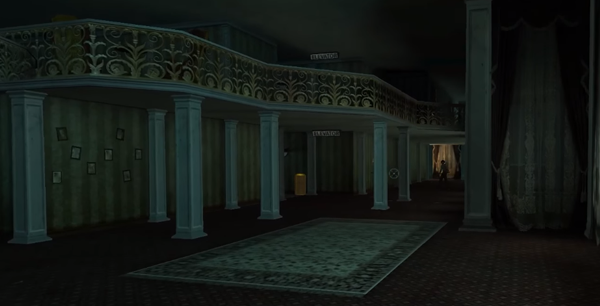 Imagination is essential to play. Children can play, for example, by imposing their imagination onto the environment – a cardboard box becomes a car or spaceship; a model airplane supports the fantasy of flight – or by simply creating a scenario out of thin air. Similarly, videogame players can co-author their experiences of a space by first imagining it. Introducing the ocean house hotel as “haunted,” however, almost precludes the possibility of other threats; little room is left for imagination outside this initial designation. Player expectations are hence set prior to arrival, then satisfied by the controlled traversal of the linear space. In the ocean house hotel, and many other videogames besides, enjoyment is derived from operation through the intensity of sensation (p235-238) presented, which is balanced against the corresponding loss of agency.

Liz England’s post on “The Door Problem” is helpful for explaining why operation has emerged in Bloodlines, and indeed gained popularity as a mode of videogame engagement. The Door Problem is a way for Liz to describe her work in game design to the uninitiated: by listing the countless questions involved in implementing a “simple” door into a videogame – “How does the player open a door? Do they just walk up to it and it slides open? Does it swing open? Does the player have to press a button to open it?” – the myriad roles and considerations of the game designer can be intuited. Darshana Jayemanne elaborates, noting that (among other things) “the videogame door can be seen as a frame for sets of specific design decisions about the performances that it makes possible.” Operative engagement is hence a response to the imposition of constraints in development that require the limitation of these decisions. Player imagination is obstructed by developers, who are themselves prevented from expression in design. Extreme constraints on videogame development, imposed externally, reduce human creativity to paint-by-numbers for players and developers alike.

Tags: Vampire: The Masquerade - Bloodlines
← Off The Grid: Choose Wisely
Due Diligence: The Rat Race →