Off The Grid: Choose Wisely

Allison Winters would be most peoples’ second or third choice.

At the risk of treading well worn ground, Choose Wisely is average. As in, nothing remotely interesting happens during the five hour slog through it. If it was horrendous at least I’d get to spew a metric ton of bile, but it does nothing particularly wrong, it’s just boring. Which is bizzare, since this is a story where we’re promised that anyone can die at a moment’s notice. Yet it is presented so poorly that the story holds little weight.  Choose Wisely, because I probably didn’t.

Choose Wisely lets me live my dream of being able to decide who lives and who dies. This is delivered upon, as every named character has an equal chance of death; unfortunately it’s hard to care about any of them. The characters are all straight out of a standard Dungeons and Dragons campaign. There is the noble paladin, the sneaky rouge, the haughty princess, etc. No real character development occurs throughout the story and I found myself just not caring when a character bit the dust.

Though I did latch onto Rachel. Rachel was a total moron.

The story is also nothing to write home about, despite what the game thinks. We follow a set of characters, trapped in a castle that can change based on who you decide to kill, and anyone who makes it out alive gets their own ending. While traveling through the castle they are forced to thin out their own numbers at the command of a mysterious voice, who demands that they “Choose Wisely”. I see what you did there, game, and in all honesty I’m not that amused. Maybe choosing to explain the world these characters inhabit, what makes these people tick or why they are even in this awful castle would have been the wiser choice. Oh, none of that is going to happen? That’s fine too I guess. The ending I achieved reveals that this may all be taking place in the modern era. I have no words except: why? This twist adds nothing to the story, what little there is, and just muddles everything further. 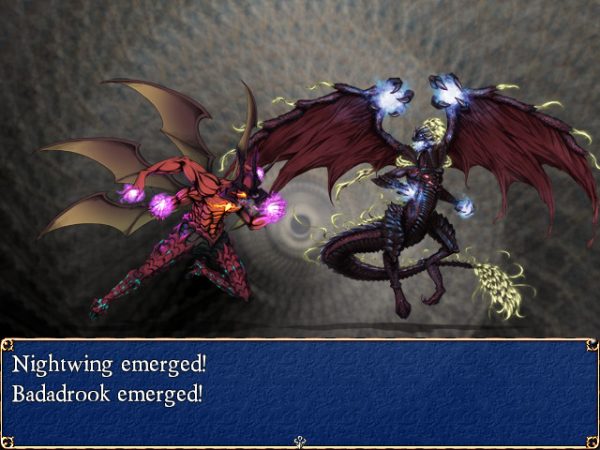 The gameplay manges to succeed by being average. If you’ve cut your teeth on any JRPG since the dawn of the genre, then you know the deal. The party and some monsters get into a contest of who can whack who in the shins the hardest. There are special moves to use that cost some magic to cast, but your standard attacks should carry you through most of the game easily on the normal difficulty. That is, until the end game, where the entire Final Fantasy boss roster decides to show up and start tearing through your party like tissue paper. Even then, once you have your head on straight they fall fairly easily with the right skills and magical attacks.

Certain spells and skills can only be used out of battle, and others only in battle. Not that the game explains this at any time, and most skills usable outside of battle that aren’t related to healing are useless. It’s symptomatic of a bigger problem, which is that Choose Wisely is vague about every part of its mechanics. Skills and what they do are more often than not a jumble of pictographs and an equation consisting of various character stats and multipliers. It’s confusing to say the least, and why this couldn’t be simplified is beyond me. Outside of battle you explore a series of boring rooms lifted out of a Game of Thrones set designer’s notebook. Puzzles are solved through vague hints and dumb luck. Then occasionally characters die and you rinse/repeat till you’re numb to it all.

The game’s art design also gets by while being completely average, even if I’m pretty sure Suzuhito Yasuda designed every female character. The sprites look nice and, despite their small size, feature enough detail to differentiate each character at a glance. The character portraits aren’t bad, female top-heaviness aside, and help to convey the emotions in a scene. I mean, I still didn’t care about these people, but if I did these would feel like a nice touch.

The tone is all over the place, with attempts to be dark and mature, but the game seems to confuse maturity with characters being foul-mouthed. Not to mention its attempts at humor fall flatter than most of my jokes. The game seems like it wants to comment on the sanctity of life and how far a person will go to save their own skin, but it lacks the bite to say anything of real meaning, content with its juvenile sense of maturity and poor storytelling. 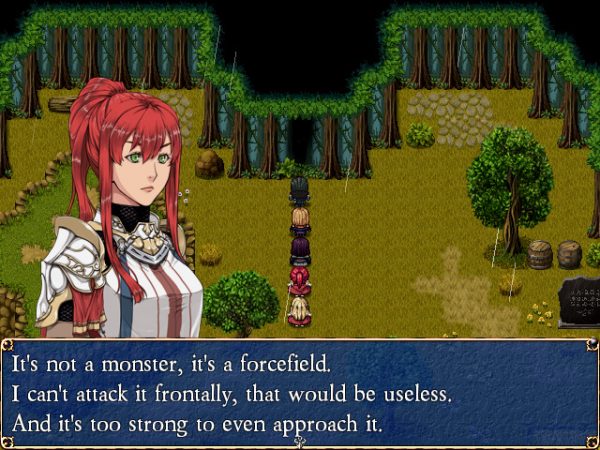 Choose Wisely sure is a game… yup, that it is. Nothing about it is outright bad or offensive, it’s just there. If there was more time spent on character development or world building then maybe we’d be looking at something worthwhile, but what we have is sorely lacking. Nothing of importance is said, nor anything memorable. As it stands, there are hundreds of RPGs that do what this game does better, and which actually have something to say.