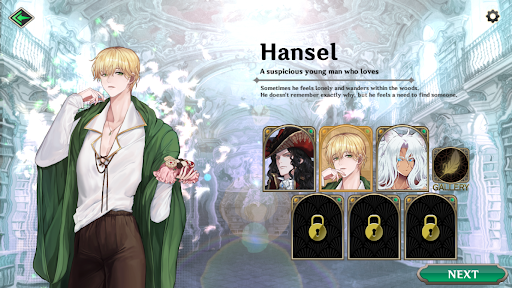 Eric Cline follows bread crumbs wherever they may lead.

The resultant fragmented reality Sia traverses seems highly unstable. It is characterized by a warping effect that perpetually plays out across the background images. The shapes of buildings and clouds distort in such a way as to give the impression that there’s no solidity or safety for Sia to find, just illusions of familiarity that quickly fall apart the closer he scrutinizes them. 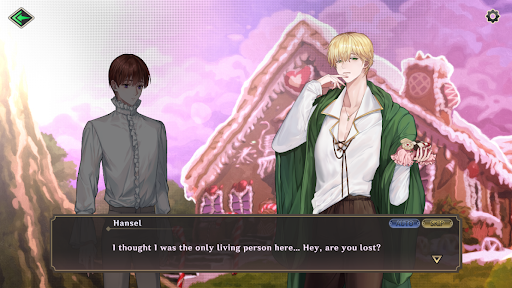 This sort of subversion of expectations is most interesting in the game’s middle portion, wherein Sia gets lost in the woods. There, he comes across a gingerbread house adorned with candy canes, frosting, and other sweets. It’s a lovely depiction of the classic fairy tale concept, and the choice to fill the skyline behind it with pink cotton candy-esque clouds further sweetens the image. Living within the house Sia finds one of the game’s three courtable characters: a grown-up version of Hansel.

The deviations from the traditional story extend beyond Hansel’s aging up. He seems to have lost all sense of reality beyond his own name, claiming the gingerbread house is his own and possessing no memory of any sister. There is also no witch present, though that doesn’t mean Sia has found a safe place at last. As the writing tells us, there’s something strange and witchy about Hansel’s robe. Hansel hasn’t just aged up to take on a role within the context of an erotic story, he’s also taken on the garb and role of the villain within his own story: a predator with an oral fixation.

Hansel’s actions distort to reflect the original witch character via his cruel treatment of Sia, whom he drugs and traps within an iron cage. He then begins to feed Sia fattening cakes in order to plump him up and eat him whole. It’s a fairly cut-and-dry role reversal, but one made thematically complicated by the fact that Hansel is largely amnesiac. Because we only experience the story from Sia’s perspective, we’re left to ponder how Hansel got here. In this distortion of fantasy and reality, did he ever actually encounter the witch whose robes he now wears? Did he suffer at her hands, only to later continue the cycle of harm upon getting free of her? Or has he been conscious within this shifting reality only as long as Sia has, and simply had his role twisted by narrative forces outside his own control? Is he truly continuing a cycle of abuse within his own life?

Each level is bookended by short visual novel scenes of Sia getting into (and occasionally worming his way out of) trouble, with the middle portions comprised of puzzles. Each puzzle consists of a single image divided up into increasingly large numbers of squares that have been jumbled out of order, and that the player must click on pairs of at a time in order to swap their places. The number of moves available before reaching a fail state adjusts to match particular levels’ complexities, and much of my experience playing Boys Tale consisted of trying to find just the right sliver of hair or leg to drop into a particular place. 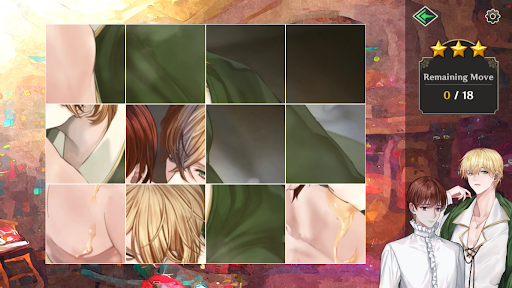 Theoretically, the puzzle gameplay is linked to Sia’s struggles to help other characters and make his way back home. Though Hansel starts out with memory loss, he can recover his sense of self if puzzles are completed successfully and Sia then acts out their contents. In other words, Sia has to fuck his way home. What causes Hansel to slowly realize that he doesn’t need to literally eat Sia, that he can simply metaphorically eat Sia instead? Fucking. What causes him to finally realize that he has a missing sister he needs to find? More fucking.

While the puzzles serve to mirror Sia and Hansel’s struggles and introduce a degree of direct player input into what is otherwise a very straight-forward visual novel, the end result is a generic and uninspired slog. Solving the puzzles creates a sense of tedium that’s antithetical to both sexual arousal and maintaining interest in the plot. If you run out of moves and fail because you misjudged which row would be highest or lowest depending on nearly indistinguishable background panels, the effort of retrying hardly feels worth it. 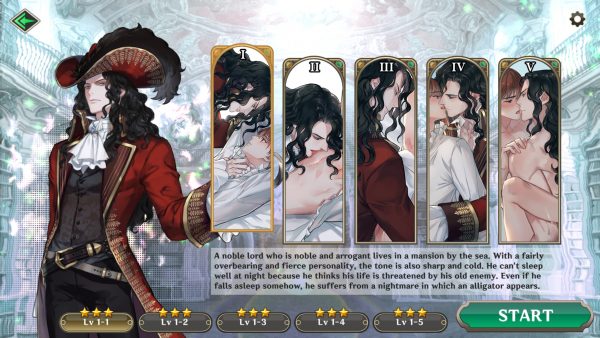 The most redeeming aspect of the game’s puzzle-porn is its heavy use of a food motif, which results in an abundance of delightfully cheesy dialogue. The best line may be in the pair’s first sexual encounter when the narration declares “Such a luscious ass. The man squeezed it as if kneading bread.” There are obligatory lines about the characters “devouring” one another, and Hansel frequently compares Sia’s various body parts to the sort of sweets his house is made out of.

At its most base, however, the metaphor relies upon a clear devourer and devoured. This divide emphasizes Boys Tale’s failure to emulate the moral clarity of its source text. While Hansel clearly acts horribly toward the beginning of his storyline (i.e. drugging and imprisoning Sia), his status as a predator is undercut by the game’s handling of consent. Like many other BL media, Boys Tale is full of sex which seems to initially be depicted as nonconsensual but which becomes more dubious or outright consensual as the story progresses. Sia’s role in and enthusiasm regarding their sex quickly shifts as it becomes something he considers a sort of duty. While he never breaks the fourth wall outright, he expresses an understanding that he must have sex with Hansel and the game’s other courtable characters if they are ever to regain their memories and have their worlds returned to normal. 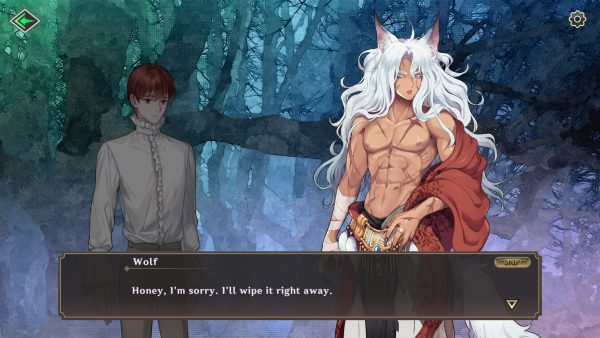 This approach ultimately feels antithetical to the narrative’s own success. On the one hand, reading about this sort of messy and dubious BL sexuality is certainly less visceral and disturbing than being subjected to clear-cut, realistically depicted sexual assault. While the content may justifiably make many potential players uncomfortable, it is of a sort that is largely expected in its genre. Nonetheless, the game’s core concern as a product (to be a porn game whose contents must be enjoyable for its audience) largely undercuts the narrative and thematic concerns. Sia and Hansel’s sexual journey together is far too brief, shallowly written, and concerned with titillation to be successful as a story of a victim furthering the cycle of their own abuse. While such a character arc could be incredibly messy and prone to controversy, it would at least confront the change in Hansel’s behavior directly. It would also allow the opportunity to develop the character further beyond the limits of archetype he never manages to shed here.

From premise to execution, Boys Tale is representative of both the best and worst aspects of niche sex and romance games. The concept (folklore but pornified) is basic on its own, but the implications for the characters’ development are very promising. Such is the case with Hansel, whose role reversal in becoming like the witch who originally tried to eat him could provide groundwork for a story about cycles of abuse. Unfortunately, Boys Tale isn’t actually interested in allowing its characters to have depth beyond (or perhaps even comparable to) that of their fairytale counterparts. Much like his younger self’s bread crumbs, the elder Hansel finds his hopes and potential dashed to sate an outside force’s hunger.