Due Diligence: Kingdom Hearts 0.20 Questions: Roads to Answers Yet to Come

Leigh Harrison begins a grim journey of friendship and magic.

What even is Kingdom Hearts? I honestly don’t know. The series of Disney/Final Fantasy mashups has existed for more than half my life, but I don’t know anything about it. How is this possible? I was a child once, so obviously love The Walt Disney Company and its subsidiaries. I’ve also played a lot of games in my time. I should, by all rights, have played at least a couple Kingdom Hearts. Back in 2003, I was actually going to buy a copy of the first one. But as I handed it over to the cashier something unnerving happened. He took a sharp breath, looked me dead in the eye, and began shaking his head ever so slightly, just like a hostage would silently communicate with a police officer while trying not to alert their captors. Needless to say, I left the store empty-handed that day.

In the years since I’ve heard nothing good about Kingdom Hearts, despite its cuddly escapism being something miserable adults like me should love. Regardless, games have always been around me, so missing out on one series never felt like a big deal. When I was young, my grandparents had an old Atari 2600 that I’d play with my sister, just as my mum and uncle had when they were kids. Playing Pong, we’d squeal with joy and apprehension at every erratic twist of the controller, having as much fun seeing our paddles dance across the screen as we did playing properly – whatever that meant to a six and four-year-old.

Pong eventually gave way to Kirby on the SNES, then split screen Quake II and Tony Hawk on the PlayStation. My mate Tom and I spent a bank holiday one summer trying to get my PS2 online, back in, like, 2005. Unbeknownst to us, we’d accidentally bought the wrong sort of network cable, which led to hours of cussing as the thing refused to connect. Eventually, we discovered our mistake and went to Currys for a new one, walking through the fields at the end of my street in the reassuring heat of our six-week vacation. We never got around to playing a single game online, but the whole experience of trying to get there was, thinking back, what we had really enjoyed all along.

Tom’s the reason I spent £450 of my savings on a PS3 during launch week. Motorstorm’s sheer graphical splendor, its skies, lighting, and that beautiful mud; seeing him play it blew my 17-year-old mind and I had to have it. Years of birthday and Christmas frugality gone in an instant, but it was worth every penny, so I told myself. When I got to university six months later, I was the one blowing minds. “You’ve got a PS3?!” my new friends exclaimed. “That’s so cool!” After the Christmas break, Oz came back with a Wii and all anyone wanted to do – myself included – was play drunk/stoned Warioware. Tech is almost as fleeting as the whims of teenagers.

I bought a PS4 and a Dyson vacuum cleaner on the same day, as if I was trying to prove to the world that I was, at 25, all grown up. I’ve owned four iterations of the Game Boy, a Mega Drive and a Saturn. I stabbed my Wii for the insurance money, then spent that on an Xbox 360. I’ve had a Steam account since my dad bought me Half-Life 2 in 2004 – “I got you this because I know you wanted it. You owe me £29.99.” A Yorkshireman through and through. 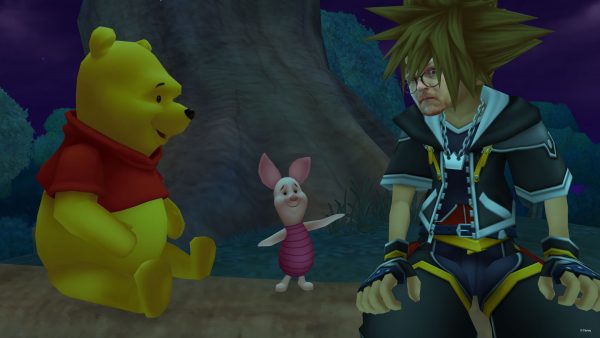 What I’m saying with all this, is that I know about and have played a lot of games. That’s not bragging – far from it. I’ve played hundreds, if not thousands of games at the expense of developing other skills and hobbies. The one non-game thing I am okay at, writing, is tied so inextricably to them that the two have become indistinguishable. I am the core gamer: look on my works and despair. Yet despite all of this considerable experience, I still have no idea what Kingdom Hearts is, nor how it plays. And I’m fascinated by this.

Millions of people around the world enjoy these games, although they wouldn’t necessarily admit as much. There’s a squeamishness around the series that, from what I can remember, has followed it from the very start and is still perpetuated today. Anime, of all things, is unironically enjoyed in 2019 – which is really cool; some of my best friends are anime characters. Yet Kingdom Hearts is still being sent up, even by some of the most thoughtful people writing about games today.

Conventional wisdom dictates that the series has a nonsensical, impenetrable plot that’s near impossible to follow, even for the bloke writing it. This single facet is all I have ever heard about Kingdom Hearts, and why I’ve never bothered with the series. At the same time though, I’ve steadfastly avoided ever spoiling said bizarro plot, perhaps because I hope to one day experience it for myself, before retiring from games for good in 2021. It’s also because conventional wisdom about video game stories is so often not to my taste.

I was out with friends in Leeds the day before GTA: Vice City came out when my mum called me to say the game had already arrived in the mail. I ran the seven miles home in what felt like only three hours, so buoyed with joy that I’d play it early. I absolutely loved GTA as a kid. Flipping stolen cars for hours with my cousin in the first one. Me and my sister, all-cheats mayhem in III. Sharing in my boy Niko Bellic’s America Dream with uni friends before Wario stole my glory. The barely controlled chaos of a GTA isn’t dissimilar to the giddy white lines of Pong. Both offer a similar tension: input is direct and absolute but circumstance ultimately decides everything, and I’m at best a passenger amidst the mechanical whims of the game.

What ruined GTA for me was realizing its stories were all pastiche. Once I’d seen The Godfather, Scarface, and Boyz N The Hood, the games felt cheap and nasty, artistically bankrupt. I’m not saying all video game stories are this brazen. Just most aren’t as good as all the Game of the Year plaudits would suggest. The Last of Us is a sad dad retelling of the Immune To The Zombie Virus trope. God of War is Sad Dad: Norse Mythology Edition. Bioshock Infinite bets everything on parallel universes – and the sad dads who live in them. The Metal Gear Solid series exists and is respected.

These aren’t bad stories; I enjoyed them all. But so much better than Kingdom Hearts, a tale of friendship and coming of age played out over 13 games? I find it hard to believe that could be such a bad thing. It’s easier to assume that the series’ earnest message is too emotionally real for the grown adults of the internet to stomach. What better way to protect ourselves than hiding behind a wall of cynicism? 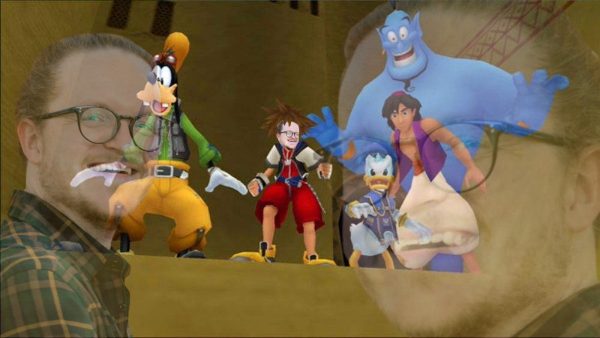 Kingdom Hearts is spoken about like all games were, once upon a time when I was young. It’s the same bewilderment and incredulity of besuited Fox News anchors. If all games were judged as punitively as Kingdom Hearts is, the internet would implode under the weight of a billion cries of “hack journalists: they’re just saying that for the clicks!!!!1” I want to understand why this one series of cutesy brand synergy is so maligned – disproportionately so, in my admittedly uninformed opinion.

I’ll be 30 soon, and I thought I was totally okay with that. I was when it was a speck on the horizon, but now it’s about to run me down in broad daylight I’m more introspective than ever (which is saying a lot). It’s an arbitrary, pointless milestone that means nothing. Doubly so now old people and Young Tories have ruined the economy, and being 30 no longer comes with the financial and employment securities it once did. But even so, I can’t escape the feeling that my life as a quote-unquote young person is effectively coming to an end.

I can reminisce about days gone by all I want; I’m never going back to those simpler times of rocket launcher rules and friends I still see. But perhaps the secret to quelling my quarter-life crisis isn’t to dwell on rosy childhood memories, but to experience ones I missed out on the first time around. I grew up during the Disney Renaissance and cannot help but melt a little at the thought of Aladdin or The Lion King. If Kingdom Hearts can channel some of that joy, even if it’s through the prism of an overwrought, melodramatic JRPG narrative, then consider me newly ignorant of 17 years of bad press.

So for the next however many months, I will play all of these games with an open mind and an open heart. And maybe, just maybe, I’ll find the peace I’m looking for. I hope you’ll join me on this journey of self-rediscovery. Perhaps it will banish a little of the darkness from all our lives.