Due Diligence: Have It Your Way

Leigh Harrison prefers his Skyrimburgers without too much cabbage.

“Have it your way,” says the palid, sweaty death mask of postmodernism, its smirk of contentious consensus shooting groupthink into the cerebellum. Morphing under the full moon of ever-waning media relevance, the Burger King transmogrifies before the eye, taking the form of Piers Morgan, a smug scent salesman bent on screaming “squirt me in your face, Dick…I mean Richard! Ha ha-ha!!!”

He utters it again shortly hence, sure that dick jokes never get tiring, even when spake by haggard 52 year-old former editors of shit rag newspapers. “Take a hint of my flame-grilled meat!!! Lolz.” He freezes, as if catching His ghastly reflection for the first time. “Eurgh,” intones the overpaid red face of Britain, as He coughs Himself to death in a pool of His own smugly bubbling existential gravy, live-tweeting the event to anyone still listening. In death as in life, Piers always had it his way.

But for the unlucky hoi polloi like you and me, having it our way doesn’t mean we can literally have it our way. We can’t switch up a shake for a beer, or sacrifice onions and pickles for a genuinely enjoyable meal. What we can do, though, is fumble with the constituent parts of a closed system. Reaaaaaaly like burger cheese? Feel emboldened to throw enough on there to inspire tireless vomiting, friend. We can all be Kings, just for one day.

Playing Skyrim on PS4 is a lot like wrestling with the menu versatility at a BK—and like the restaurants is reassuringly replete with rubber-faced monarchs, to boot. As discussed at length previously, Bethesda RPGs are largely shit. They’re big sandboxes full of persnickety limitations (carrying capacity, invisible walls), and combat that feels like a kid in a Marvel Cinematic Universe Phase Two Thor costume hitting a cat dressed as a loofah. But PS4 Skyrim offers a unique take on all that guff, one that surpassess any other version of the game. PSkyrim supports mods, but only ones that leverage pre-existing assets. No train memes or POTUS dragons, and and definitely no Khajiit-grabbing “Make Skyrim Great Again” snapbacks. Just useful tweaks to the status quo: the baby’s alright in my bathwater, baby. 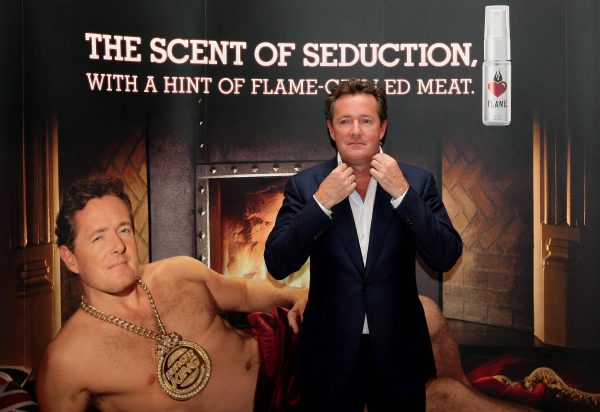 There’s nothing revelatory about being able to carry thousands of turnips or running for miles without exhausting a stamina bar, but bending a game’s rules is more compelling than breaking them. Because Sony chose to arbitrarily limit mods, the orgy of gaming culture’s worst excesses have remained in check. Faces are still dirty (as they should be), potatoes remain in sacks, and the legacies of dead wrestling legends go largely unsullied. What is available, instead, is a wonderful mix of the mundane (more lights along roads! bridges that are lore-accurate!!) and the highly useful (merchants never run out of cash!!! there’s more blood!!!!)

These obviously bring with them tangible gameplay benefits, like making nighttime landscapes prettier and peddling wares to shops more lucrative, but they never truly become cheating. They merely add a little more flexibility to a normally puritanical experience. Carry capacities, running distances, merchant coffers, the amount of health potions you can buy at once—for a game so enamored with freedom, Skyrim necessitates you have it its way. This also translates into how you play and interact with its multitudinous “content”. There’s no way to jump a ticket barrier here: your every action is a pre-agreed and risk audited contract with the game where you can a) pay the fare; b) threaten the turnstile; c) bribe the turnstile; or d) kill the turnstile.

Every option is prescribed, designed to fit neatly within the limits of the game’s inflexible mechanics. As a result, there’s little consequential difference in any of them. This is eminently apparent in the rigidly-designed-yet-sandbox RPG stylings of Skyrim, where the same handful of solutions are offered for most problems, and so you level and spec your character to easily accomplish one or two of them and forget the rest. Assassins and Tanks alike both murder in a couple of hits: one stabs backs, the other openly attacks—everything else remains the same.

Because everything just kind of sucks, it’s not cheating to circumvent it—no, listen, it’s really not. I never fully appreciated it upon release, but so much of Skyrim takes place underground. Despite the sizable overworld that’s clearly modeled on my home county of Yorkshire, (Yorkshire, Yorkshire!), so many sidequests send you into caves or Dwarven ruins. All you do down there is fight stuff, but that’s moot: the endless spelunking is repellently dull to witness. This is an unforgivable sin: if games have proven anything, it is that boring tasks can be enlivened simply by looking good. The game in its vanilla form expects you to partake in these repetitive underground expeditions slowly (limited stamina), cautiously (limited healing items), and virtually profitlessly (limited carry capacity). How presumptuous! Nothing about playing within the rules is enjoyable, largely because it asks for so much time and thought. 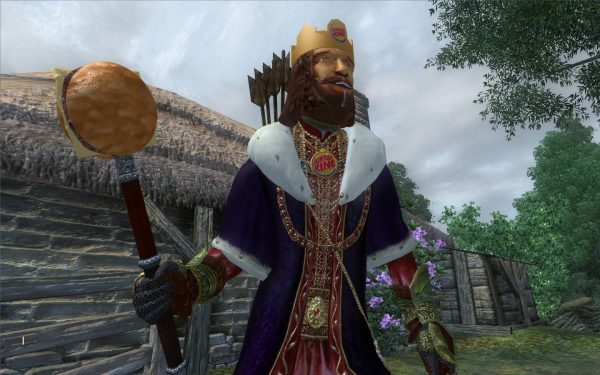 Skyrim is not a game about thinking. It is fluffy, inconsequential tut³ that takes itself far too seriously. A dull iterative journey of hundreds (upon hundreds) of hours of samey dungeon crawls, not a grand Viking-tinged escapade of endless possibility. A pulp power fantasy where rules trump freedoms.

Systems and mechanics often seem to be conflated with rules and restrictions, especially within open world games. Ammo scarcity in Just Cause, specific places to buy guns in GTA, bad stories in Far Cry: these limitations are the manifestation of a lack of imagination or flexibility. Games shouldn’t make a bone about what they are. Shooters are about popping heads. Ubisoft open world games are about stealing portions of your life. RPGs are about getting really, really strong and kicking a giant to death. Games can be more, of course, but Skyrim isn’t attempting to be social commentary or a postmodern indictment of class inequality. It’s a videogame from a massive developer. That’s all.

Turning off Skyrim’s restrictions feels good because in doing so, you’re forcing it to relax and stop trying so hard to look interesting. And if that has the added consequence of making the game something approaching fun, well, it should be thankful you care. Contemporary life is grim and listless, and although escapism is an inherently fruitless pursuit, games, if any medium of entertainment, should be a source of it. So popularly divorced from reality as they already are, they should fully embrace their willfully context-free levity, rather than undermining their experiences with failed, mistaken grasps at conciliatory realism.

As we enter the year anno domini two thousand and eighteen, we would all do well to consider our position in this fleeting life. I am but a humble orator of half-truths. Burger King is a poor man’s Top Diner. And videogames are definitely only good when I’m largely able to do whatever I like. In fact, they should dispense with all the boring rules entirely, and become carnal orgies of limitless expression and wanton indulgence. It certainly worked for me on New Year’s Eve. Except for the flame-grilled meat cologne. There should definitely be rules against that. Happy New Year!

Tags: Skyrim
← Mixed Media: Lost in the Desert
Art Tickles: What Friends Do →