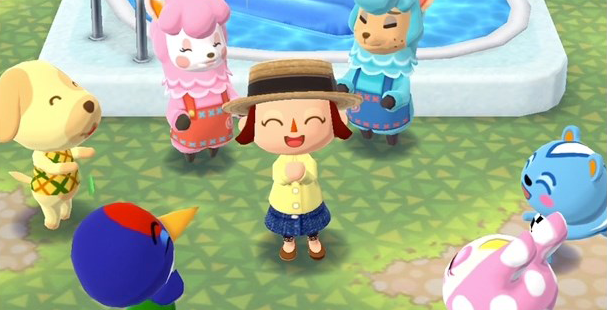 Art Tickles: What Friends Do

The Animal Crossing series has always felt like visiting a vacation home. Far from life’s stressors, it’s a place to wear some favorite clothes, maintain a handful of idle hobbies without deadlines, and see old faces and familiar friends. Even the food is homey: not gourmet or extravagant, but simple and familiar. Fruits grow on trees, sometimes the villagers give out candy. Uncomplicated stuff. Everything in New Leaf feels like it’s meant to give the player a reason to enjoy the experience, unburdened by too much expectation.

In a way, that’s always been what the Animal Crossing experience has been about. Even Nook’s loans have always come with the caveat that there is no rush to pay. Donating to the museum has never been a requirement, nor has having the largest possible house. Nothing is mandatory, and everything is always done at the player’s pace. You have things you should do, but it will always be a vacation first.

Animal Crossing Pocket Camp felt like it would be a new opportunity to revisit these feelings—a more mobile approach to finding a retreat. Pocket Camp is built on a different formula, and it remains visually and socially unstressed, but its underlying systems are a bit more hurried. As the inadvertent manager of a disused campsite, it is up to the player to rebuild the place to be a bustling hub of activity.

Campers have different personalities and tastes, and will put in requests for certain furniture they want to see in the camp before they’ll come to visit. They also need to know the player well enough, and they can only get to know the player through rare conversation, or more plentiful expectations of gifts. To get on an animal’s good side, it’s up to the player to visit various parts of the world trapping bugs, catching fish, picking fruit, finding shells, and providing for the travelers exactly what they want, and only what they want. The key to everyone’s heart is three-quarters gifts for every one-quarter conversation. 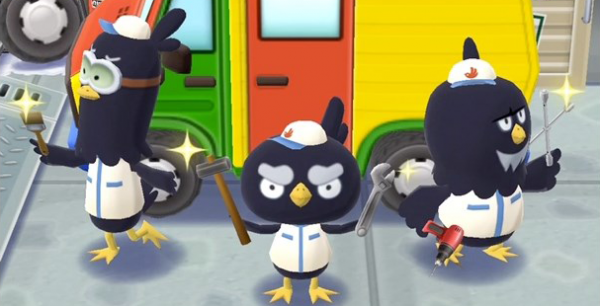 In addition to collecting supplies necessary to woo the hearts of the animals, players are must also gather materials like metal, stone, wood, and wool for the local craftsanimals to build into the furniture required for new camp visitors. The only way to acquire these materials is by forging friendships with the animals, and the only way to grow those friendships is by giving them gifts, which only come from being the friendly neighborhood hunter-gatherer, which requires time to…

Taken overall, Pocket Camp provides a different feeling than the Animal Crossings that came before it. At first, requirements for gifts are pretty easy to find. However, as new friends appear when the player’s level grows higher, the gifts they expect become both varied and expansive. One gift is no longer two of one fruit, but three each of three different kinds of fruit. The returns on these greater investments are only slightly more lavish. The requirements climb, but the resources remain largely the same, and change grows painfully slow. There are premium currency options to make things easier and faster, but without them, the game quickly cedes that easygoing sensibility in favor of a grind.

In New Leaf, villagers want their mayor around, but they will not resent them for having a busy week. In Pocket Camp, opportunities come and go quickly, and there’s constant pressure to complete them all before time runs out. It feels like the camp manager will languish if they aren’t always working. It’s an Animal Crossing that’s no longer a vacation for the player, but for the animals. Absence does not make the heart grow fonder. Campers have needs, and they will not fulfill them on their own. They, likewise, will not appreciate the manager if said manager doesn’t cough up the friendship tax: payable in rare bugs, river fish, and different kinds of seashells. “Hey,” they seem to say, “it’s good to see you. How’s business? Alright, kid, that’s good… Where’s today’s cut?”

More than dealing with incentives to shell out of pocket for the premium currency, Pocket Camp seems to misunderstand what makes Animal Crossing feel the way it should. The animals are just as cheery, the sounds just as jubilant and joyful, the sights still colorful, but the soul is gone. These creatures aren’t real friends to the manager, nor are these mechanics friendly to the player. Both are a resource, to be mined for money and material, and then rewarded for their efforts with more expectations. Every few hours spent out of the camp is a few hours lost for making a few friend, farming more materials, desperately managing inventory space to gather the requirements of new “friends,” and preparing to be squeezed for more time, more effort, more stuff. 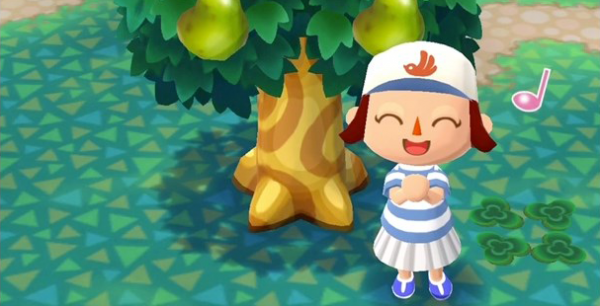 Pocket Camp isn’t a bad experience, but it’s a bad Animal Crossing game. Which is a shame. The smartphone platform could be an excellent place for the spirit of an Animal Crossing game to shine, but only if it lets the player vacation without a mountain of expectation from their traveling buddies. Pocket Camp isn’t the walk in the park it should be; it’s a meeting out in the woods with a loan shark, two bruisers, and a baseball bat. And the loan shark isn’t even Nook this time.

Tags: Animal Crossing, New Leaf, Pocket Camp
← Due Diligence: Have It Your Way
Opened World: The Horror of History →