January is here, and despite leaving hints around the house, I still don’t have my favorite game.

Luckily, this has fired me up to make part 2. Now you’ve made sure they know what to buy you, we follow up with why they have to buy you it.

What you need to do is have a plan to make sure they know the difference.

So this is part 2 of SAME DIFFERENCE: The Economics of Game Buying Part 2: How to Get What You Want.

FACT: Age inappropriate sales are where it’s at.

The ESRB has a lot of stuff to get your head around, so here’s a basic rundown. 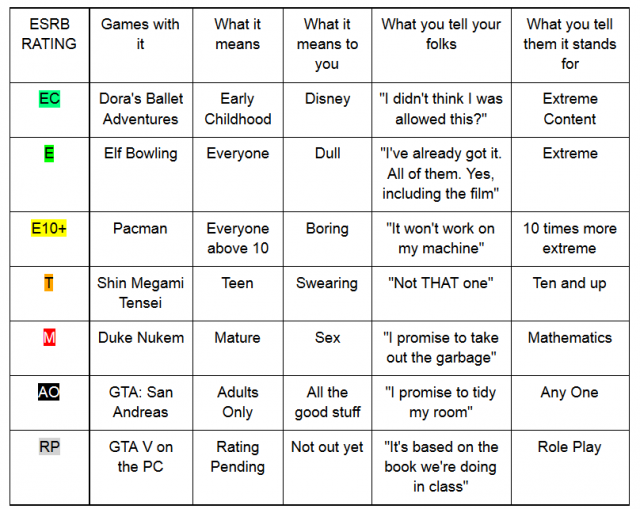 The warning ratings on the back are much harder to deal with, because they tend to detail the cool stuff you might not want your parents to know about. To deal with this, you need to practice the sKanDLe thumb pinch. As you reach for the game box to show your mom in Walmart, hold it with your thumb partially over the rating. I strongly suggest you practice this in the mirror until it looks natural.

FACT: It’s not hard to be Humble.

Get yourself a Paypal account. Ask Mom to transfer some money in, but, knowing parents, she’ll probably only put in like $5 or something. Act disappointed to throw her off the scent. Little does she know…

See, for 5 dollars, you can buy all of the games in the Humble Bundles a few times over. That gets you some spending chips and perhaps some 18-rated indie games. Crappy graphics, but you sometimes get to see guts. Then, with all your new games, you do swapsies with all the suckers who don’t read my column.

HOLD ON, WHY ARE YOU EVEN FRIENDS WITH THEM IF THEY’RE NOT READING MY STUFF? Oh, yeah, suckers for swapsies.

Always, always, always make sure that you keep an eye on the sales. Google “free games” or even set yourself up an alert on it. This way, every day you can have new free junk.

“But I don’t want lousy games like Elf Bowling!” I hear you say. 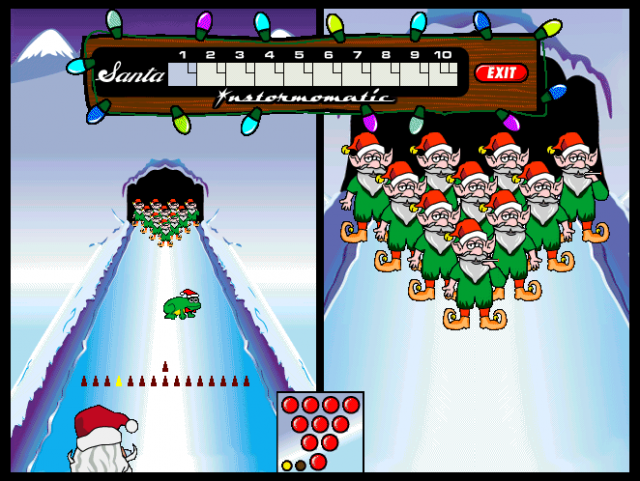 NO ONE WANTS ELF BOWLING. But that doesn’t mean that people won’t swap for it. They probably think they can swap it with someone else, on and on. Who knows? The point is, you get rid of Elf Bowling and can get something better in return.

(You see, even a worthless swap is worth something. Yeah, I know that doesn’t make sense, but it makes swap-sense! You remember when you were young and you collected worms in the back garden? Yeah, well – it’s a jar of worms. Cost you nothing, but the other person doesn’t have them – so he’ll pay you. )

Here’s a FUN FACT: There’s a whole group of people out there who like to 100% games. And we’re not talking awesome games like Battlefield, we’re talking hideous trash like Elf Bowling. They don’t care what it is; they just want to finish it.

Now, what have you gained recently? Oh yeah, a whole bunch of easily hackable games for free that can be 100%’d in hours.

Do you think they’d pay you money for these? You’re damn Croydon they would.

Here, I’ll even give you their Steam address: http://steamcommunity.com/groups/100pAG.

FACT: Parents know what you’re up to.

Now, parents were kids once. Honest. I have pictures of mine when they were young and they look like idiots.

That means you have to be real careful around them. They know when you’re lying to them because they used to do the same thing to their parents, so what you really need to do is make sure you’re better at it than they were when they were young.

For instance, if Steve has brought over the latest Dead Island: Epidemic game, I don’t refer to it as that. I make up a name based on its initials, or give it a code name. I call it Deer Island: Exploration or something, so maybe they’ll think it’s educational, and they won’t know it’s a violent game. Clever, eh?

See, Parents are pretty much like Steve’s dog, they think they’re smart when they get one over on you, but he doesn’t know that if we say V.E.T. we’re taking him to the vets. That’s because dogs don’t understand plurals. 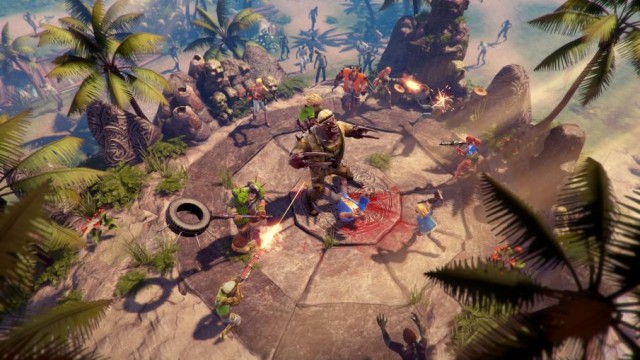 Parents have a lot on their minds, so sometimes they don’t remember things unless you tell them constantly. But they’re going to buy you something while you’re not there, so how do you make sure they don’t forget?

Easy: watch them. When they’ve brought you a present, they’ll get this look of relief on their faces. That’s when you turn on the reminders. As soon as you see that relief, start saying stuff like, “Auntie said she was going to get me [the game you want]…” If they suddenly turn from relief to anguish, then you know they’ve got you the right one, so you can leave them alone.

If they say, “That’s great, honey,” or something, then you know they’ve bought you something awful, so you should start hinting about how terrible it would be if Auntie hadn’t got you that game. That means they have to check, and when they find out she hasn’t, they have to get you your game and the other one.

And you can always sell the other one to the 100%ers.

When you’re begging Mom to get you a game, only beg for the one you know she’s not going to get you, like Manhunter. Then, when you offer to settle for Assassin’s Creed, you’re set.

Don’t call it Assassin’s Creed though– use the code phrase French Revolution Simulator;  it makes it sound more thinky.

FACT: Bank on your old games.

Here’s the secret I’ve been hiding for the real winners, the guys who stay to the end. Here’s what I do:

Whenever I get any money, I head down to my local games place and pre-order everything that looks cool, especially if it’s got an AO or an M on it.

If I need my money, I just go in and say that I can’t have that game because my mom says it’s too violent. That’s automatic cash back for me because they know how much trouble they’d get in.

Also, I get to have all the pre-order content, whether or not I actually want the game. And if it’s a game I do want after the fact, I just wait for the 100%ers to return it within 7 days and pick it up for half price, with the pre-orders stuck in.

Now, that’s a super secret secret, so I don’t want anyone saying that they thought of it. That’s a sKanDLe hot tip for getting games.

And you know what I got with that last week? DESTINY.

So you suckers are gonna have to wait for the next column, because I’ve got noobs to frag.