What’s this, sKanDLe? You’re doing a Same Difference on one thing? You’re damn right I am, because not all Achievements are created equal.

What games manufacturers have been doing for a long time is taking three different things and calling them the same.

For this, we’ll be looking at achievements according to the dictionary. A proper dictionary like Websters.

: something that has been done or achieved through effort : a result of hard work

: the act of achieving something : the state or condition of having achieved or accomplished something 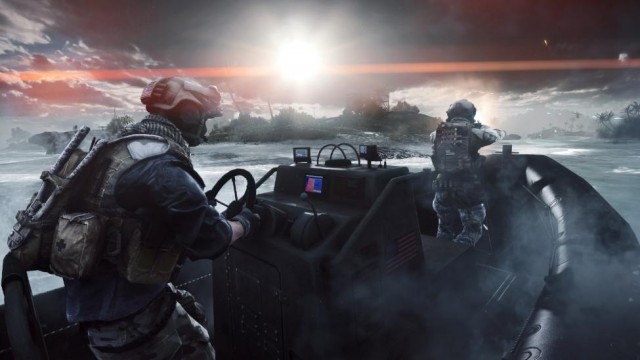 To start with, let’s define our terms – I dragged out Mom’s thesaurus and gave them all names.

There’s “Contrivance,” “Conquest,” “Completion,” “Stroke,” and “Enactment.” Each of these is called an achievement through being synonyms, which means they’re like something, sort of like a simile.

But they’re all marked the same in games. There’s no balance about how these are dished out, and it’s all the fault of LAMIFICATION. (OC:Don’t Steal)

Let’s have a look through the different sorts of achievement. For this I’ll be using Battlefield 4, as I’m totally sick at it.

Achievement Unlocked : CONTRIVANCE : Thanks for showing up: 20 Shamer Points

The achievement Fledgling comes from playing Air Superiority. Now, if you’re playing a game properly, there are certain things you can’t avoid: things like being betrayed by your former boss, or dying to the first Dragon’s Lair Quicktime bullcack.  If you select Air Superiority and it pops up a set of points, what have you achieved by that point? Nothing. You’re not even following orders, you’re sitting back and chilling.

(If there was achievements for chilling, you better believe  I’d be the master. I’m the Fridge of Chilling.)

But is this an achievement? Let’s go back to the original definition: It’s not hard work at all – but it IS the act of achieving. Half a mark for Contrivance. 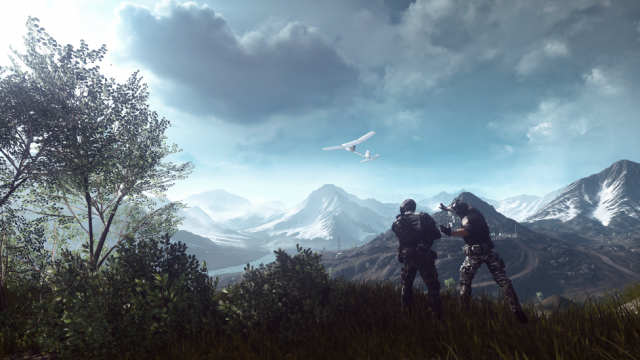 Attached to Contrivance is the idea of Conquest – there’s always 5 rat-tails to collect or more vespene gas to mine. While these require some hard work to achieve, they are always gained in the course of play (just how long you’ve played) or due to counting off extras (working only to grind achievements).

Neither of these add anything to the gameplay – and while they require hard work, it’s not the act of achieving. If Turn Around… needs me to get 5 dog-tag kills, what happens if I get six or ten of a thousand. Nothing, that’s what. It’s an achievement based solely on meeting a quota – which sounds more like work.

Above and beyond the call is awarded for finishing the Campaign Assignments. Which is, surprisingly, part of the reason you bought the game. So you could finish it. This isn’t an achievement, it’s a necessity. An achievement would be if you could struggle to get it, but this was easy. Sling a few hours at it, and it’ll come your way with ease.

Is it hard work? For noobs, sure. Is it achieving something? Yeah, I guess. But is it an achievement? It’s not really that big, is it? And how many points do you get? The same as 5 dog tag kills. That’s so Cockfosters, it’s untrue. I can dog-tag kill in seconds, but doing the campaigns takes ages. And what happens when I do them twice? Nothing. It’s a quota, like conquest, but for gametime.

So, basically, you get points either way – and if you skimsave just before that choice, you can get both sets of points. That’s not even a moral choice, that’s a coin-flip where you can turn the coin over afterwards because you saved the coin. 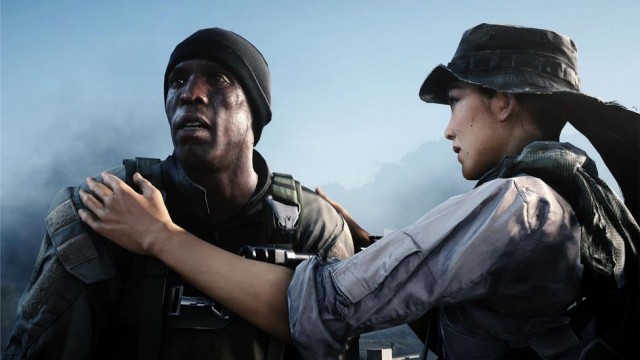 Risky Business requires you to kill an enemy flag carrier while carrying their flag in CTF. Now this is an achievement, isn’t it? Well, no.

Let’s say you’re a real noob and you’ve spent 500 hours on the game trying to get the flag carrier, but there’s someone like Steve who always grabs their flag first. You ain’t ever gonna get that achievement.

BUT… if you just join the lobby and sneak the flag off a guy who’s just been knifed, and get a lucky shot with a noob tube, you’ve got the same points in a minute. That’s hardly hard work is it? That’s goddam luck. It should have gone to the guy who spent all his time sneaking into the base and grabbing the flag while Steve was offline.

FACT: NONE OF THESE ARE ACHIEVEMENTS BY BOTH DEFINITIONS – THEY’RE THE SAME AND DIFFERENT. THEY’RE MEASURES OF ACHIEVEMENT, NOT ACHIEVING.

That doesn’t matter really though sKanDLe, I hear you say. They’re there to let you have fun and check your game against others. No-one can mark out how much fun you have in a game. (Which would be a proper achievement.)

Now, if these were all marked differently, then I’d have no problem – but they’re all marked the same! That’s like your teacher giving you the same mark for reading a book and doing five press-ups. And if you do both at the same time, you still only get the points for one.

So how do we fix it? Simple. We use MATH, that’s FACTS with numbers.

You got an awesome game like Battlefield 4 – you have 5000 gamer points. If it’s Elf Bowling, you get 5 gamer points. 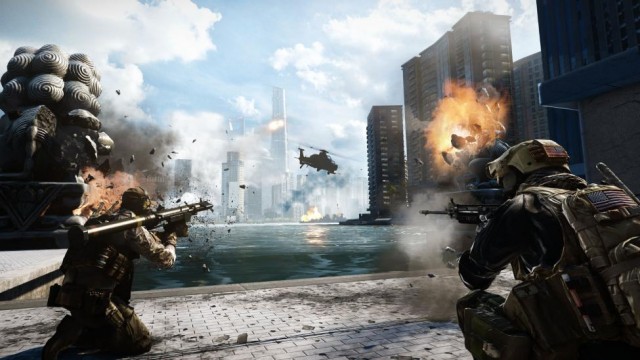 Now to get all the points, you need all the achievements, right? But you only get the points based on how many other people have done it. So if you’ve got an achievement for starting the game – everyone’s done that, so you get real low points. And if you’ve got Hang-glide into a volcano safely that no-one has got – you get like 4000 points for that. Possibly more because hang-gliding into a volcano is really awesome.

And, even better than that, if you’re one of the first people to play these games – you get these points for free, because you can do all the stuff when it’s at the cheap levels. That’s averages.

I don’t see why EA don’t sign me up immediately when I can come up with awesome ideas like this all the time.

So, write to EA and say “Hey EA, Give sKanDLe a job because he’s sick of doing his lousy paper round.” and send it to whoever the EA hiring person is.

I mean, by now, they probably already know how awesome I am, but it doesn’t hurt to advertise, does it? That’s a proper achievement.

TL:DR; Achievements are for achieving, not unboxing.