Art Tickles: There’s Nothing Out To Get You

Taylor Hidalgo feels entirely surrounded by nothing, and it’s terrifying.

There’s probably nothing out to get you.

Games like Home benefit from whatever lies beyond, in the disquieting corners of imagination. It’s the sort of fear that lurks just beyond conscious understanding, a nervous tension that rides the hairs on the neck and darts away when you turn to look for it. Uncertainty that manages to haunt the imagination is a powerful component of fear. But it cannot last.

Humans will inevitably adapt to the quiet, the uncertain. They’ll find coping mechanisms, and they’ll handle the issues as they come. The unknown becomes knowable. This is why games like Home cannot possibly drag out their length. They can only linger as long as they do, lest the fears players internalize leave before the experience is over, before players become too aware that there’s nothing out to get them.

Regardless of what lies in the dark, the human mind will eventually shine a light into the gloomy corners, proving that emptiness is just that. Disquieting uncertainty cannot endure in the face of a more rational mind. After all, emptiness is fearful only as long as there is also emptiness of reason. With time, that fear of nothing will fade.

However, fear never leaves you entirely. We can push it aside and function despite it, but cannot discard it entirely. It will linger even after the mind has tried to reason it away, waiting at the edge of our conscious self. All it takes is the scrape of metal across brick, the sound of footsteps following almost inaudibly behind, or the crashing of an unexpected noise to wrench the edge back into focus. A sudden crashing end to the soothing voice of reason. 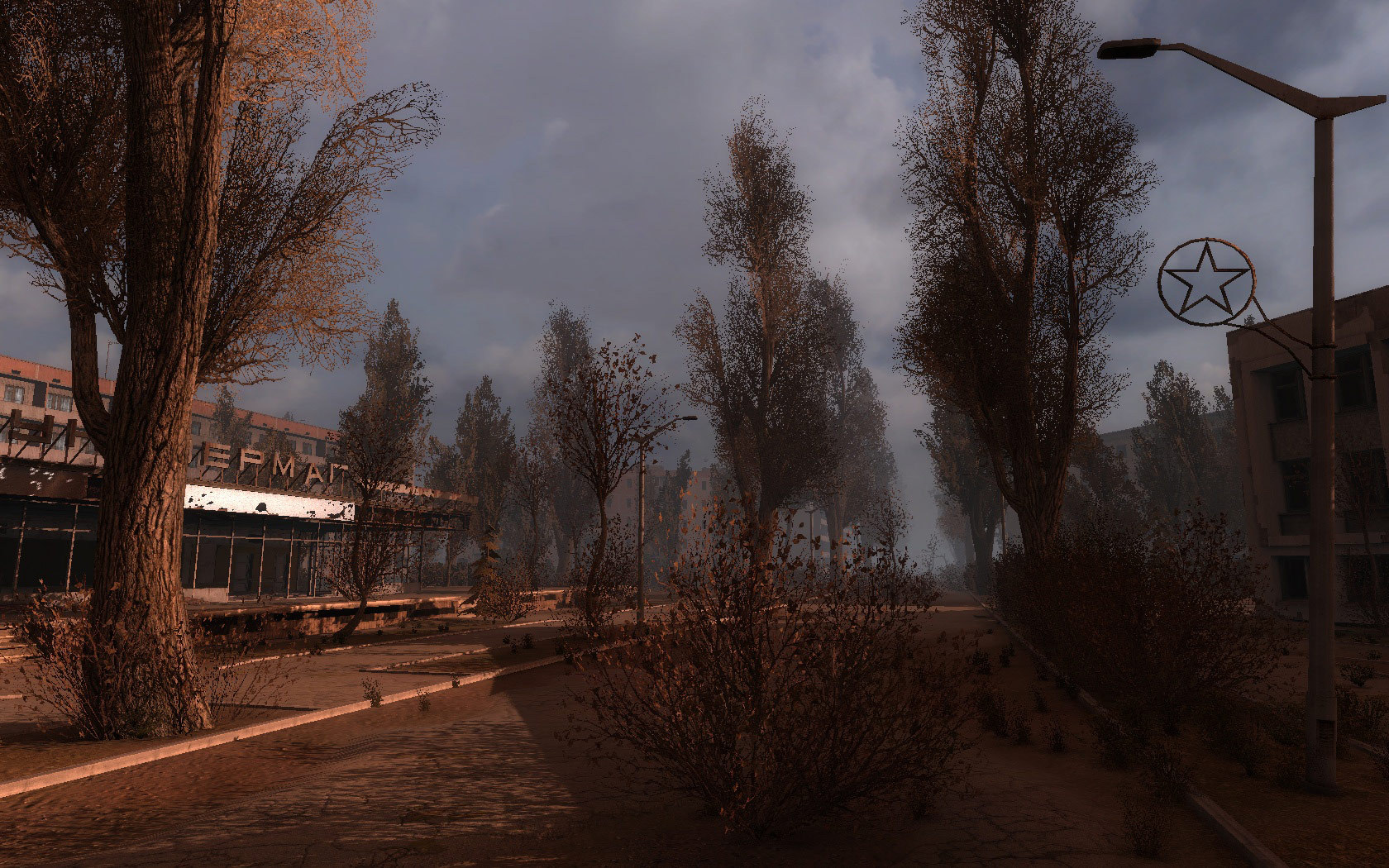 The atmosphere of a game like S.T.A.L.K.E.R. – Shadow of Chernobyl emphasizes quietness and preparedness, and consequently, the fears that linger between them. Having the right equipment, the right amount of patience, and the right tactics are usually the only things keeping a player from a harsh, sudden, and violent end. It is a game that discourages running too heavily into fire, and a game whose bandit-filled warehouses represent catastrophic firefights followed by long stretches of silence. It’s a game where action happens the minority of the time, not the majority.

Empty fields are rarely laden with traps, and they’re rarely occupied. More often, they’re just terrain to navigate. They almost never hide much more than the occasional and largely nonthreatening environmental hazard. When they do detonate into action, though, they’re explosive struggles for dear life. Death is around every corner, and every bullet passing by has the potential to be the player’s last. These encounters aren’t entirely surprising, though. Players know there are men with guns all over the wasteland; they’re given access to all manner of weapon, armor, and artifact to minimize the risk in such firefights. Bandits will rarely manifest in surprising ways; they’re usually just prepared to fight to the death where they stand. Players can plan for it, they know they’re out there.

One creature from S.T.A.L.K.E.R. defies such plans: the Bloodsucker. Nearly invisible to the human eye, they wait in buildings and abandoned areas, hidden in corners or sleeping nearby. As soon as one detects a player, they’ll cloak, and charge, claws outstretched. They survive multiple shots, move silently until they are mere meters away, and cut down armor and health almost instantly. Worse still, they’ll strike in packs, flanking and surrounding any player foolish enough to make noise near them.

Bloodsuckers are individually threatening, but not impossibly so. With enough forethought and planning, killing an entire pack isn’t outside of the realm of possibility. They are uncommon and often out of the way. They represent sudden flashes of terror and pain, a cataclysm of ammo and blood, before they’re killed. They are never common, nor are they really worth considering equipping for. They’re simply a potential hazard, one a player may never need to face. 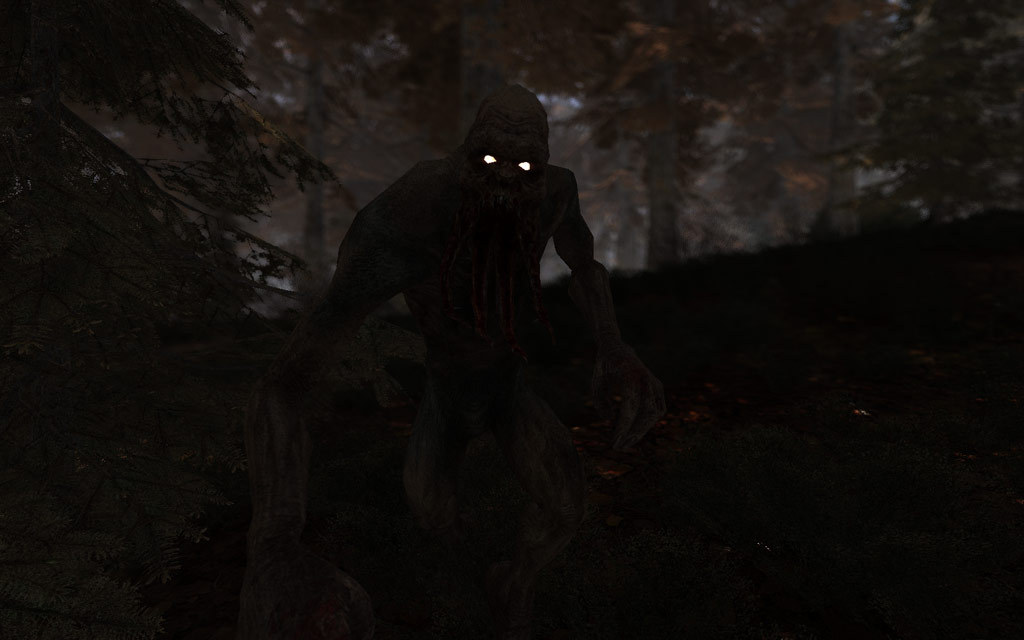 They are, however, out there. Waiting just beyond the player’s sight. Most blind corners or empty buildings are simply landmarks along another trudging trip from point A to point B. They almost never have a deadly creature manifesting physical form mere moments from a horrible, painful death before disappearing again, as though they never were. Yet, each location remains haunted by their potential existence.

Creatures like Bloodsuckers are the master strokes of human fear, representing the uncertainty just beyond the grasp of reason, lingering long enough to terrify or kill, and disappearing back into the depths, back into the disquieting reaches of the human mind, beyond the tenuous grasp of reason. Just beyond the grasp of conscious understanding. Perhaps it makes you ask yourself “When was the last time one of them appeared?” There’s nothing for that fear but taking a nervous and tenuous step forward. So you steel yourself, raise your weapon, and take deeper steps into the darkness and the unknown with little more than the rasp of sound lingering from the dark corners.

There’s probably nothing out to get you.