Art Tickles: The Make of a Monster

Taylor Hidalgo is a monster, but would more likely be in a Pokémon beauty contest than a colosseum battle.

There’s a scene in Mass Effect 2 where Shepard is walking through the hallways of a prison, and passes a cell. Inside the cell is a prisoner on his back, curled up in a defensive ball. A guard leans over him, clubbing him furiously. Shepard pauses, glancing at the tableau, as the nearby guard watches impassively. The only noise in the hollow corridor are the heavy thumps of club meeting flesh, and the periodic cries of anguish.

Players are perfectly capable of walking by, uninterested in the beating of a random stranger. The guard, in most of the dialogue, seems uninterested in talking about it, and instead, simply watches for trouble. The sound of beating and pain continue throughout, punctuating any apathy the system has for such a trivial individual. “Whatever he did,” Renegade Shepard may choose to say, waving a dismissive hand, “he probably deserves worse.”

“He certainly does.” The guard replies. 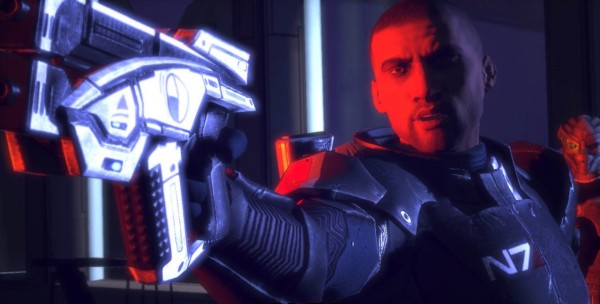 There is something to be said for monsters. Humans have a rich and diverse mythology of them, filling stories and songs with all manner of unusual creatures. Our games are full of them, populating bestiaries, inspiring fan art, and even forming the basic premise of some of the most popular games in recent memory. However, for our love of fantastic creatures, we always seem to build such interest in the monsters that lurk under the skin of our fellow man.

We relish the opportunity to enjoy the exploits of those monsters less empathetic than us, or to watch retribution against those we deem requiring justice. There is an inherent catharsis in knowing that people who are cruel and hateful will inevitably get their comeuppance at the hands of someone less polite and tolerant than we are. We celebrate these heroes, as monstrous as they can be, so long as they’re aimed in the right direction.

Games have an ability to make us empathize with the monsters on a personal and interactive level. We get to see the depths that push them to the extremes they reach, often at the end of a long, winding path there. Because we are the ones controlling them, pushing them to this extent. We get to feel the tenuous feeling of control slip as injustice after injustice goes by. Often despite our best efforts as the player. We have a hand in seeing just how unfair life can become, turning stronger and wiser individuals than ourselves into the affable monsters whose actions are justified. To them, and to a degree, to us, the ends will always justify the means.

Games also further reinforce this notion. Bandits, terrorists, nazis, zombies, criminals – they’re often one-dimensional, violent creatures whose sole purpose is to provide a face to a conflict: to give the player a target to attack, and an example of someone to defeat. After all, who better to combat than those who aggress at the slightest provocation? Their war cries punctuate the silence as they charge, weapons raised and ready to kill the player.

From the opposite perspective, the player characters are also monsters themselves. Players will rarely think through responses when seeing bandits, terrorists, nazis, zombies, or criminals. In general, the response will be to immediately subdue the threat. After all, players see them as targets to attack, so it would stand to reason that any bandit journals or enemy logs don’t rationalize themselves as antagonists, but victims. They would see player characters as little more than attack dogs, weapons raised and ready to kill. 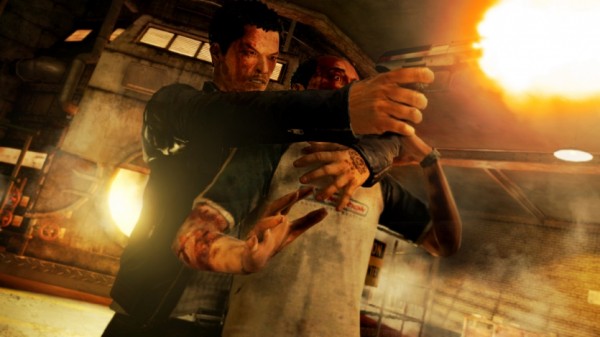 In that way, games not only enable players to empathize with monsters, but to a lesser degree, also become them. Games like Spec Ops: The Line play with this aspect, giving players the situations where every decision seems like a bad one, and no matter how good the intent, the result can’t help but lead down a dark road. However, games that say little on the subject do a better job of illustrating not just that monstrous actions produce monsters, but manage to illustrate the make-up of a monster.

They help us see that we aren’t just capable of being monsters ourselves, but that such monstrosities aren’t utterly alien. In particular, Sleeping Dogs has a very strong handle on that. It follows the story of Wei Shen, an undercover detective infiltrating the Chinese Triads. A group that shamelessly extorts local businesses, assaults rival gangs, and spills blood as a matter of course. As a part of this machine, Wei Shen is both privy and perpetrator to the worst of it.

It gives players a deeper access to the inner workings of the monsters we play. Not just in their dark moments, but also in their triumphs. Their feelings, their conversations, their lives. Each of these illustrates not just the monstrous workings of an individual, but the empathy for others, the interest in growing and developing. It betrays that our thoughts and perspectives of monsters are colored by the worst of what they’ve done, and rarely by the full portrait of who they are.

We see characters like Wei Shen, infinitely brutal, yet vulnerable to the same horror when faced with his limits. That his threshold for what is right and wrong is always being pushed. For a man whose actions are unreservedly violent, we watch as even he feels the need to draw the line. We get to see the full depth of a character like Wei Shen, whose decisions are all terrible and dark. But we understand them. We empathize with them, and we see reflections of ourselves there. Our darker natures not just preyed upon, but illuminated to us by our desire to act on them.

We are, at our cores, reflections of the monsters we consume. We look at the criminals Wei Shen spends time around, and through those interactions, we also have the opportunity to reflect on how similar the behaviors look to our own, with the only difference being the noble intentions behind them. In different circumstances, with different backgrounds, would the monsters we root for be any different than the monsters we combat?

Often makes me wonder how likely it could be that we could become the prisoner curled up on his back, fully armed and armored guard overhead, tearing us down with his club. And through the beating, the pain, the barrier of our cell door, we would see someone observing us with measured disinterest, dismissing us with the wave of a hand.

Given what we’ve done, though, we probably deserve worse.