As things end, Taylor Hidalgo is excited for what comes next.

This was a tough year. A year that brought a lot of political struggle, a lot of social outcry, a great deal of exhaustion, and not a lot of positivity to show for it. It was a year in which a lot of people fought hard for every single victory. It was a hard year. For many, hanging up a new calendar is exactly what’s needed. Although 2018 looks ready to pose as many struggles as the year that came before it, putting 2017 behind us is something that can’t come soon enough.

Stuffing 99 human-shaped monsters onto a very small island full of guns is a good way to get 98 people shot to death. The spawn-in island is a microcosm of this experience. Everyone rushes for weapons the moment they’re able, they shoot quickly and indiscriminately, there’s lots of yelling, and little micro-narratives play out. Some go for guns, some flee underground, some throw themselves into water hell-bent on going somewhere else, and others merely stand and accept that for whatever reason, this particular version of reality played them a bad enough hand to not be worth trying anything.

I’m particularly susceptible to the sense of rebirth in a new calendar. Although there’s no real difference between the 31st of one month and the 1st of the next, the mere act of hanging up a new calendar feels like an opportunity to take a deep breath and shed some of the baggage we’d been carrying. There’s a rejuvenation there, even if it’s only symbolic. I find myself attached to new beginnings.

Over this last year, I’ve spent a lot of time tooling around in PlayerUnknown’s Battlegrounds, a game whose central mechanic abandons progression as a matter of course, and each launch of the game is a fresh slate on which to record failures moments of triumph or regret. There is something enthralling in a brand new beginning, where every single moment is practically free of the weight of the moments that preceded it; it speaks to me in ways few other games have recently.

From the plane, the map becomes the most important tool for a brief time. A lot of choosing where to parachute is guesswork, but there’s a surprising amount of information available. Named cities on the map will naturally be hotspots. Many drop as fast as they possibly can into the thick of danger, ready to arm early at the risk of killing and being killed early. The other option is to find remote locations, and eschew those equipment goldmines for plausible safety. Any decision made is irreversible. Gravity won’t let those who jumped return back up, so once on the ground, the option for changing plans is practically zero. 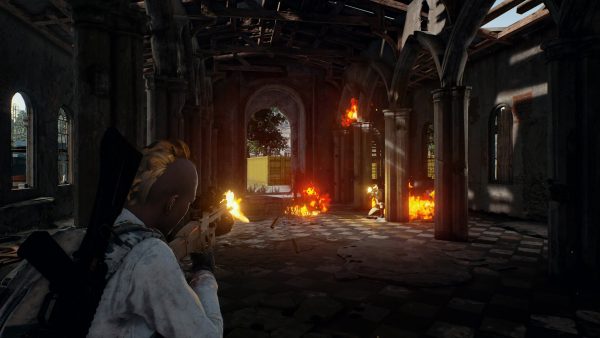 Part of the joy of a new beginning is in being able to draw a line between today and yesterday. Having that clear endpoint means that things are psychologically separate. It’s much easier to let go of hang-ups, go into new challenges with a more clear head, and to waste less energy and mental bandwidth holding onto things that really don’t need to be held on to.

Technically speaking, in the middle of a PlayerUnknown’s Battlegrounds match, a player could about face and do something completely different than what they were doing before. But few ever really do. Most games begin and end on the same loose ruleset: sneak, or fight, or loot excessively, or hide. Most of the time, these options are all available at every given point. But we always seem to coast on inertia, following the same river we’ve been riding already.

Landing in the ghost of a small suburb a few kilometers from Pochinki feels like one of the safer options. Still enough buildings to ransack, close enough to roads so there may be a car nearby, at least close enough to reach if the circle lands unfavorably, but not so much in the thick of things that the first building one enters also threatens to be the last. The search turns up few pistols, maybe a gun attachment or two, but not much. Next two buildings are similar, just a Micro Uzi and an energy drink.

Most specifically, having many endpoints means that it’s okay for me to only do a little. A game that ends a few minutes after the first drop is fine. In fact, they happen to everyone—even the high level players. Sometimes luck just deals players a bad hand, even if they made good choices with it. Sometimes a bad game is all the effort I want to sink into PlUnkBat on a given day—take a shot, miss, and now it’s time to go back to what I was doing otherwise. Most other games don’t have that feeling, they want players to commit time.

Games have clear expectations of their players: get to the next save point, defeat the boss monster in the area, clear the 43rd floor of the dungeon, make it to the next town, etc. Failing to reach far enough to catch the next milestone feels like the game is too hard. At the end of a hard day, or in the handful of minutes between other obligations, knowing that there’s more than ten or fifteen minutes of work until the next goal feels too exhausting to even start. There’s too much expectation in those moments to just get started. Even if it’s easy, sometimes almost anything is too hard. 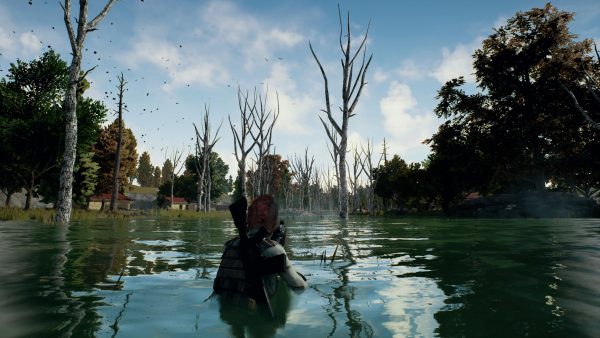 The circle lands north, so jogging through the wooded hills seems like the best bet. Lots of cover, ridges to break sightlines in most directions, and I likely won’t present a very obvious silhouette. Even being careful of my movement, and staying crouched to keep my footsteps from being too loud, someone shoots at me from an unknown direction. The second shot sounds a little clearer, and I take cover from my east,  putting a tree between me and my attacker so I can turn to look around. Any clear cover close by? Buildings? I still don’t know exactly where they are, so returning fire seems like a losing proposition. I prime a smoke grenade, and as I’m moving to throw it, I take a sniper round from a different direction. I’m gone.

Progression applies a kind of pressure. Having good equipment, high levels, or narrative momentum builds up that expectation sometimes. That there’s a certain level someone should already be at if they’re going to run around with a level 50+ character or in this deep part of the dungeon. Which is generally fine, but sometimes it’s exhausting. That expectation alone is a hill I’ll have to climb just to get back into the driver’s seat. Most days, I can do it as a matter of course, but some days I can’t. On days like those, I find myself turning back to…

Stuffing 99 people into a narrow island, covered in fog, feels like it’s a little microcosm of the PlayerUnknown’s Battlegrounds experience. Almost everyone on the island will be dead within the hour, but for now, all of them are living in the brief moments of energetic life.

Win or lose, PlayerUnknown’s Battlegrounds is really just a countdown. As players hide, crawl, swim, and shoot, the number of players left is steadily ticking down. None of these deaths are really as tragic as they look. Players who lose their lives find themselves with the option of getting on the next plane to do it again. Grenades and artillery strikes are dangerous, but they’re also kind of pretty. Shooting guns is fun, which is why even when the bullets can’t hurt anyone on the spawn island, they still sprint for them anyway. The only bad outcomes on the island aren’t actually bad, just offer a new start.

It’s kind of like a New Year’s party on-tap. Folks gathering in large groups, setting off visually decadent explosions, and all watching as the counter ticks down. 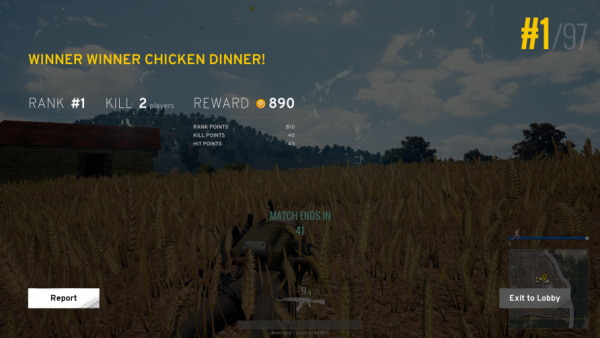 Tags: Playerunknown's Battlegrounds
← Off the Grid: Let’s Not Stay Friends
Mixed Media: Lost in the Desert →