Art Tickles: A Stumbling Light in the Darkness

Taylor Hidalgo is a creature of strange, though intentional, noises.

The cold, dreary evening is bathed in darkness, and the creature wakes in a graveyard.

Shadows of distant graves are silhouetted in colorless outline, momentarily illuminated as fireflies flit around. Pockets of light follow them as they drift through the night, undisturbed by the creature. Besides them, the graveyard is devoid of life in the dead of night. The creature simply stands among the stone shapes. When it speaks, random noise clatters across the graves, shattering the disquieting stillness of the night.

Light follows the creature as it moves through the headstones. The graves that surrounded its waking recede into the darkness, and new slabs of rock grow from the nothingness ahead. As the creature roams the night, signs of life begin to emerge among the graves. Rune-etched stones, sculptures, statues, and signs can all be found on the grounds, but attempts to interact with them yield only more gibberish noises. There are little hints at deeper humanity all around the creature, but they are all out of reach.

Separated puts the players in control of a monster who seems as lost and confused as a child. The creature can move and speak, but the only sounds it makes are a chaotic jumble. Despite the life surrounding it, the creature is still an outsider, unable to communicate with the world. There are no cues that tell the player what they should do, nor is there any way to interact meaningfully with anything. The creature can only stumble through the dark, its orb of light the only warmth in the uncaring night. 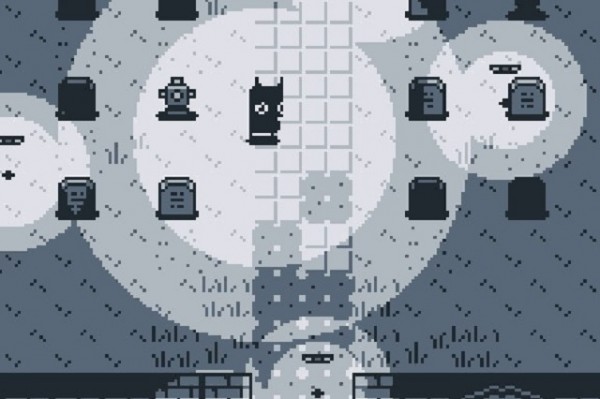 Beyond the walls of the graveyard, there is a small village. The village and graveyard are a small island against a tumbling sea of darkness. There are no bridges, just a pair of docks jutting from either side of the island. Throughout the village, there are various signs, buildings, statues, and farms. Despite the promise of intrigue, these are not for the creature. It cannot read, it cannot explore, and it cannot enter. There is nothing else on the island, and certainly nothing for the creature.

As the unknown being explores from its waking point to the southern tip of the graveyard, it sees a man standing watch. He clutches a small lantern against the lonely darkness, a cone of light that promises respite for the creature’s loneliness. But when the creature gets too close, the human runs away with a yelp. The creature can only attempt to communicate with echoing, dissonant croaks that have no effect. The human can sprint into the night faster than the creature can walk, so it’s left alone, with only the light from passing insects to occupy the otherwise barren village. Though humans populate the village with shifting lantern light, the creature is singular, unapproachable, alone.

In some ways, gaming at large can be just as insular. Echoes of long-past console wars that drew lines between SEGA and Nintendo become the modern specters that pit Xbox against PlayStation. PC gaming has its own stake, with companies like EA, Ubisoft, and Valve staking their own games as points of contention, locking their titles to their own DRM, and daring others to try and out-compete them. Fans of Call of Duty make digs at Battlefield. Likewise, fans of Dota 2 and League of Legends have a rich mythology of animosity. Around discussions like these, forums have become battlegrounds where people weaponize their opinions against one another, and as the combatants meet at the gates, so too will the accusations that each side should “go home” and stop interfering in what should be someone else’s game. Their game. The casual need not apply.

In the past, gaming was seen as an out-group hobby, a thing alternative society did to pass the time. It was a hobby for children and weirdos, something that had no value to the world at large and certainly not a big enough thing to attract the attention of the rest of the world. Games were a toy to sink a quarter into once in a blue moon to see what the whole “Galaga thing” was all about, or maybe a pinball game or two, but certainly not anything that would make the average person want to join into a gaming community. 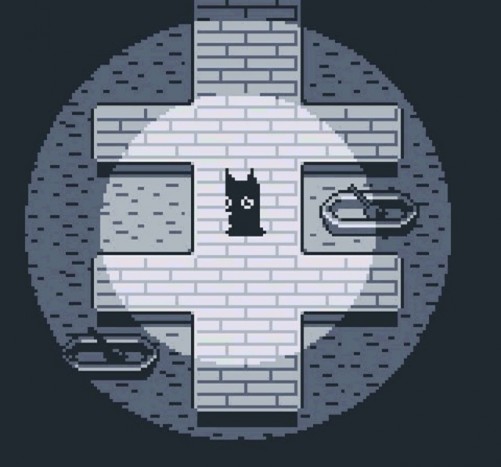 A community that grew from the misery of being singled out and pushed away, one would think, would strive to be vibrant and welcoming. However, as many articles strive to point out, there is a rampant toxicity in gaming, one that is comfortable with the cold distance it has flourished in outside of the prying eyes and arms of the other, more accepted world. It would seem that to most, gaming has always been and should always remain an island.

Perhaps there’s something entirely human there, a deep well poisoned by the long-held anger against the other world. From that perspective, the “normal” world represents everything inherently hurtful and destructive to the safe, gentle island of gaming. A quiet space held dearly, and dearly built, against the ravages and monstrosities that isolated gaming to begin with. The out-group is now happy with their out-group and sees no reason that it should change. The island, for better or worse, is at least secure without the interlopers from the unknown.

At least, until the creature shows up.

From the graveyard of long-buried aggression comes this stranger from the darkness. It squawks; it moves about the island as an agent with no direction, seeming desperate to find some way to connect, some straw to grasp. To the humans, it represents that same agent of the unknown, able to bring with it more interlopers, more outsiders, and more danger.

The creature has no claws, no fangs, and brings with it no threat. It simply is, lost and childlike in a cold, uncaring island. The cold wind whips across the village, carrying with it misery and uncertainty, and the heavy coats and social safety that shield the villagers are entirely absent for the creature. Its only recourse is an ear-splitting cacophony of noise and a slow, stilted tread that follows in the wake of fleeing villagers. 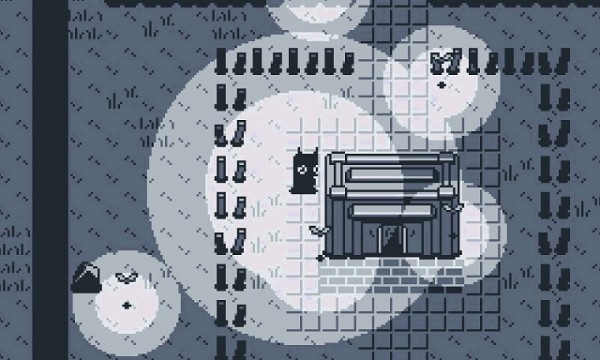 In gaming, it can be easy to see oneself as the creature: a small, solitary, powerless being that stumbles through uncertain and precarious situations with the inability to connect meaningfully with anyone or anything. However, with a growing cultural power, gaming has become the island. Harsh and distant, impenetrable to anyone without the the knowledge that accompanies having a history in gaming. Every “interloper” has the full potential to be an ally, a fan, or a compatriot. Each is, however, an unknown creature, stumbling lost and uncertain, with any hope of ever connecting fleeing into the night along with their warmth, their security, and more importantly, their sense of humanity.

Easier still to simply let things be. Regardless of intent, the creature is powerless. Gaming at large, the very humans the creature cannot connect with, are those in power. Whether by misunderstanding or circumstance, everything they do determines the creature’s fate, and there is nothing the creature can do to help it.

Which makes the ultimate end state of Separated so very tragic. No matter the creature’s efforts, intent, or purpose, it will always end the same way. Cold and alone.

Tags: Battlefield, Call of Duty, Dota 2, Galaga, League of Legends, Separated
← Due Diligence: Putting the Pieces Back Together in Ether One
The Distilled Game Design of Jett Rocket II →