Jose Cardoso examines tradition and game world construction in the sequel to one of WiiWare’s greats.

Looking back at Nintendo’s first foray into digital distribution, WiiWare’s reputation portrays the service as unduly restrictive and home to many low-grade efforts. As someone who partook of more WiiWare titles than most, I can say that the oft-maligned service had more gems than it was given proper credit for. Sad for the games and developers that fall into this category, as their creations had little-to-no fanfare and few supporters to carry torches in the absence of adequate promotion. However, one game made a name for itself largely on the grounds of its technical feats. That game was Jett Rocket by Shin’en.

Putting aside its sharp and inviting presentation, what cemented the game in my mind as one of WiiWare’s greatest was the experience itself. For someone whose gaming roots have long been tied to the platforming genre, it was a delight to play. Jett Rocket’s level design harnessed puzzle-platforming and exploration in a way that led players along, not by linearity, but instinct and curiosity. Such hallmarks grounded it in principles that similarly governed big-name 3D platformers. By contrast, the 3DS eShop sequel is guided by a different design philosophy. Jett Rocket II stakes that following established tradition isn’t always the sequel’s path, but in the process of fashioning a new inner world, it surfaces as a cautionary tale against abandoning foundational roots in the name of diversification.

A key reason why the original thrived was its emphasis on open environments, which, in tandem with its considered design elements, gave way to autonomous navigation and flexible thought processes. Jett Rocket II toys with 2D level structures, creating a dual focus on 2D and 3D platforming, with the former as a dominating force. Exploration is toned down and linear maps take center stage, where players are directed more than they are guided to advance on their own terms. The enduring sense of freedom and adventure seen throughout the original is lost in the sequel, to an extent where player behaviors are impacted. There are some situations where wall-jump maneuvers are needed to advance, but because they’re so rarely explored in the level design, the instinct is to continue forward without using this forgotten ability. 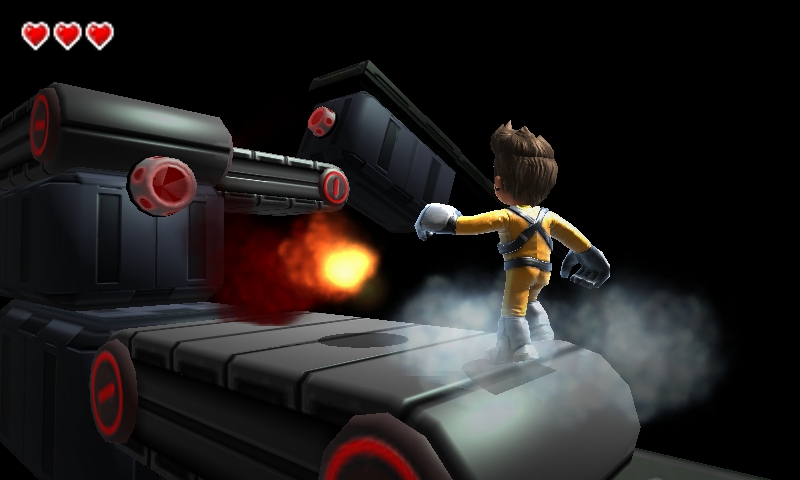 This is manifested even in its smaller components. Collection was at one time a central design idea — a subtle usher towards exploration — but Solarcells in the sequel are neither for completion nor mid-level access gates; they are instead a composite gateway to bonus worlds similar to how Special Stages are accessed in Sonic the Hedgehog 3. In that sense, Jett Rocket II can’t be accused of pulling away from its base attachment to past platformers. In fact, the sequel pulls at these ideas rather stringently.

Stage goals have shifted to take after Rayman’s early formula: levels are considered complete once you rescue the caged Satellites (in place of Lums). It makes for a more mission-directed setup, which explains why Solarcells have been relegated to their place of relative unimportance. Perhaps the most puzzling are the conditions of Mirror Mode, wherein you must locate five Golden Cells before Satellites can be rescued. Because these give rise to a small degree of exploration, Mirror Mode really should have been the default setting to offset the overpowering linearity.

In truth, Jett Rocket II still uses threads from the first game, but they are to serve new (often inferior) objectives. Collectible photos teach players to scour secondary paths, but they do not deliver on the same level as Solarcells did in the original to promote navigational freedom. Remnants of the original’s design can also be found in subtle processes, like identifying trap patterns and using dexterity to overcome multiple hazards within narrow spaces. Such can be seen in the first stage of the Deepsea Base world, when trying to get around two enemies (each on a different vertical plane) launching missiles at the edge of a landing platform from an underwater segment. Elsewhere, these hints are manifested in locked areas guarded by small groups of enemies, bonus rounds that occur in confined spaces, and platforms that respond to your jumps. But these are all means to a different end, for the sequel dispenses almost entirely with puzzle elements in favor of action-oriented delivery. 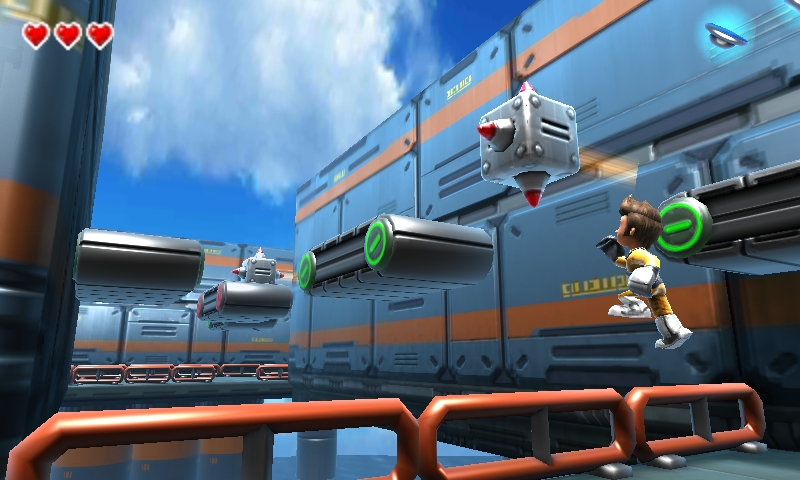 In keeping with the revised standard of uniformity, Jett Rocket II also applies new definitions to the original’s core mechanics, turning them into mini-games or limited-use toys. It’s not entirely surprisingly, given the restructured game world. What is surprising, though, is that the same mechanics that gave the original life have been dampened in the sequel. The most damaging: removing the jetpack from Jett’s arsenal. Before, limited power supply and strategically-placed refueling stations allowed for experimentation, a means of acting on the aforementioned freedom to overcome or bypass hazards. But here, with it now being resigned to a power-up only for small spaces and with limited reach, it’s robbed of the larger function it once played in the grander scheme of things. In a similar manner, controlling a hoverboard or parachute in some of the original’s stages warranted the exploitation of fresh exploration ideas. But because the sequel is ruled by a different rulebook, these elements are now self-contained activities rather than tools for stage navigation. Truly, players grieve the loss in control when moving from one game to the other.

Jett Rocket II’s efforts to restructure the original formula in service of modern design has translated into a streamlined, more condensed game world — one without the amenities that originally gave rise to a laid-back pace. Sadly, channeling action-focused challenges that oppose the open and engaging design of the original has not gone without consequence. It’s true that the sequel has both borrowed and neutralized the good components from the original in support of its new direction. But the repurposed parts suffer from a lack of cohesion and high-level design consciousness, leaving the whole unable to reproduce what the original honed with such skill.

An experience built around expediency and reflexes over whimsy and discovery, Jett Rocket II directs its platforming towards concise navigation, ultimately extinguishing the desire for world investigation. And for an IP that once spoke to the young explorer in me, the sequel will remain a study of inharmonious execution arising from distilled design principles.

Tags: Jett Rocket 2
← Art Tickles: A Stumbling Light in the Darkness
Embracing the Incomprehensible in Hylics →