Unfortunately Issue 7 will be delayed a little while longer. Until we get it ready, we hope you enjoy this first taste of its content.

Videogames are not very good at sex. Triple A titles that do include the deed tend to relegate it to a chaste cutscene at the end of some dialogue tree, as if it was the logical conclusion of any brief amount of intimate conversation. First words, then moans. Indie games are less shy about depicting and describing the act and everything surrounding it, and I understand there may be a certain market for entirely pornographic games on the internet, but whether intentional or not, attempts to make sex playable tend to be more comical than exciting, with all their button mashing and frantic mouse waving. We saw that a few months ago, when various videogame personalities on Twitter briefly obsessed over the existential plight of trying to please one man’s stubbornly unresponsive penis in Sepe’s Cumshot.

Given their vocal commitment to creating beauty, perhaps it’s no surprise that the artgame duo Tale of Tales are trying to address this distinct lack of classy videogame erotica with Luxuria Superbia, a game about the intersection of the sensual and the spiritual, and also a game about getting your Ipad off. The colorful curiosity quite literally replaces crude depictions with flowery images and prose as part of an extensive nature metaphor. You travel through various tunnels, mostly stylized plants and stems, touching their outer walls to fill them with color, while the game provides melodious chirps and whispers sweet nothings. Fully coloring the walls ends your run, which is to be avoided, at least until you’ve made the game very, very happy.

The level of innuendo at work here is never anything less than explicit – you tease, the game blushes, asking you to lick its colors or make it yours – but Luxuria Superbia remains abstract enough to generally avoid cringe potential. There is something oddly intimate about tickling the game, more so on touch devices than in the gamepad-controlled PC version, to the point that I found myself glancing over my shoulder to make sure the session remained private. Given a willingly technophilic audience, Luxuria Superbia can create an intimate relationship between hand and screen, but what about the game’s loftier goals? I asked Michael Samyn about the research that preceded the project. 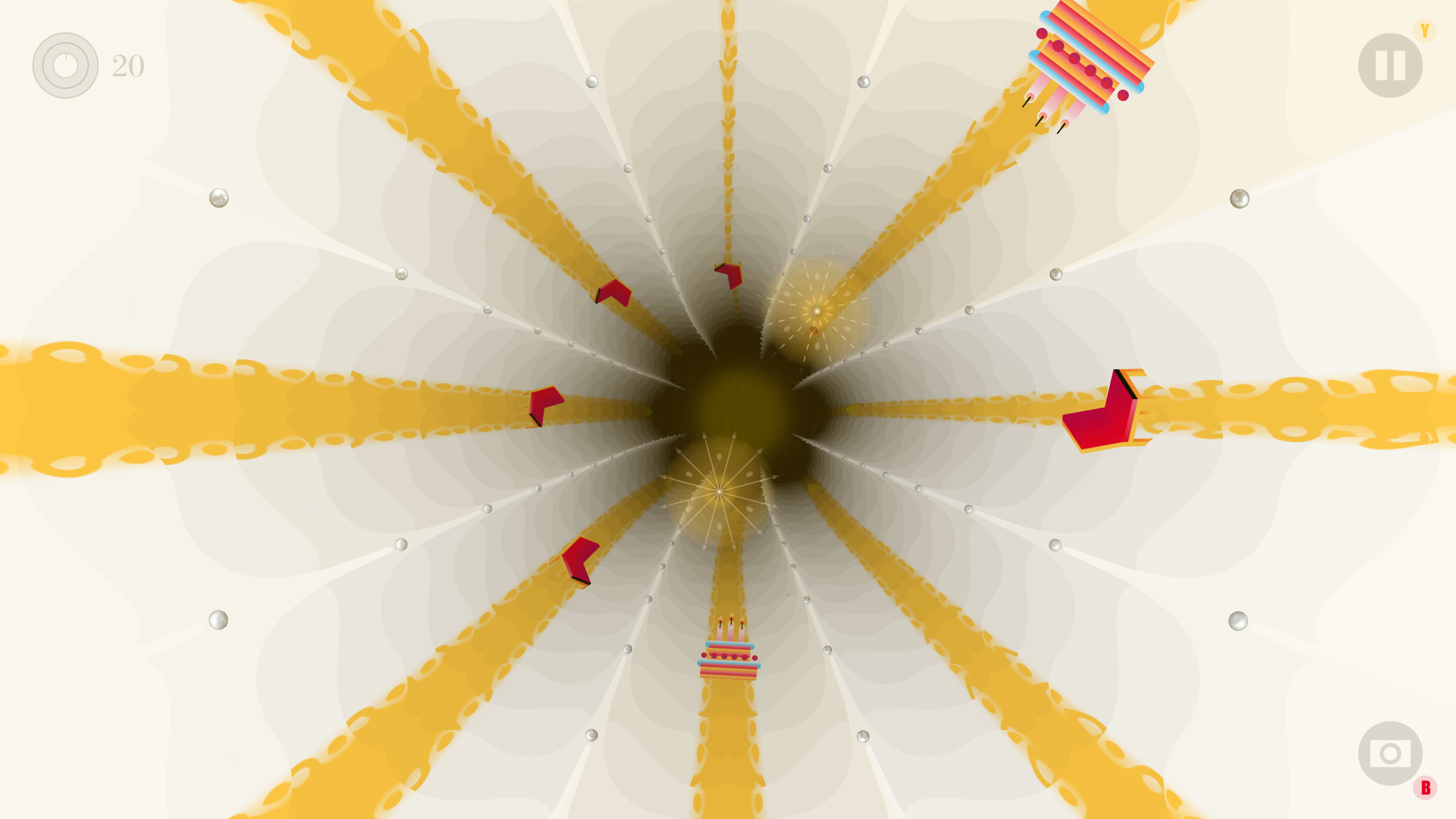 Luxuria Superbia is the first release that comes out of a longer research project code named Cncntrc. This research had two focal points. One was the desire to simulate something like a sexual experience through interaction rather than depiction. And the other was to explore ancient representations of the cosmos and their relationships with mythology, numerology, and so on. As it turned out, a lot of links appeared between the two and we quickly found ourselves in such a rich pool of subject matter that we almost drowned creatively. We basically wanted to make a videogame about everything in the universe and how it is all connected.

Unsurprisingly, that premise had to be trimmed and narrowed down after an unsatisfying early prototype. Was spirituality left on the cutting room floor along with overt references? Playing Luxuria Superbia certainly feels meditative, it is, in essence, sexual play divorced from any genuine arousal. I’m not sure it is any more transcendental than the act itself though. Considering how closely connected prayer, procreation and their brief moments of rapture are already, this might seem a strange complaint, but you might have a hard time reflecting on these threads during the game’s constant stream of verbal reassurance, which focuses the experience on the here and now. You, the game. Making love.

Speaking of talk, it can be hard not to feel cynical about the lavish praise heaped on you by Luxuria Superbia. Early tunnels make it so easy to hold the game on edge, an admittedly kinky premise, that your triumph and the game’s ecstatic response might feel vain. Yes. Thank you. Best it’s ever had. Fortunately the game grows more coy in later stages, punishing overstimulation and demanding more varied attention. Exactly which buttons it would like pushed you’ll have to figure out yourself, while the niceties continue uninterrupted. This is where the game’s point system becomes your metric for how well you are actually doing, strange as it might seem for a Tale of Tales game to even have scores. 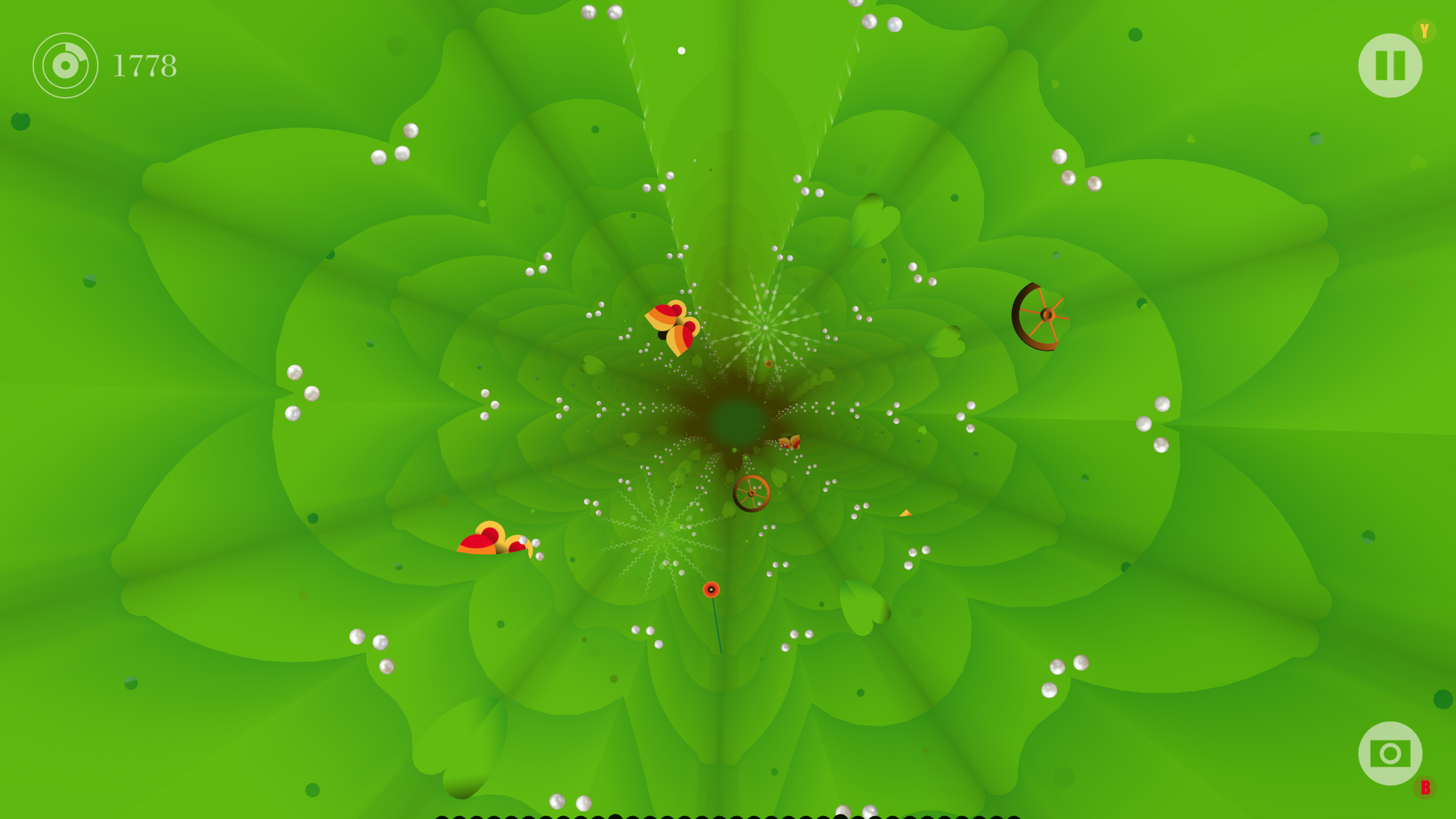 It’s been fun to play with an element that is so conventional in other games and so controversial in our own practice. That alone excited us enough to include it. Indeed, for the sake of novelty. But it makes sense in the context, I think. The score helps people play the game better and thus enjoy themselves more. It is true that the words sometimes contradict the score but then it is up to the player to decide what it best. Sometimes the flower wants you to go faster, but you know that if you take it slowly, the joy will be greater. The score helps explain this.

Now I don’t know about you, but I tend to prefer open communication with my partners over trying to interpret stimulus responses. Not that I mind the juicy allusions, but the friction between nice words and mechanical standstill can feel a bit frustrating, especially considering the minimal and vague instructions you are presented with. How very realistic, I suppose. Regardless, for a game to demand slow, gentle caresses, instead of positing reduced, hectic motions as the ideal way to play, is interesting in its own right.

I find that the idea of being asked to please a game presents a fascinating reversal of the usual dynamic, in which these systems focus entirely on providing titillation for us. The constant gratification can feel vain and selfish: are games just about an endless trickle of shiny rewards and trophies? To come at this from a more altruistic perspective and revel in giving rather than taking might renew some of the pleasure we take in  these experiences. Or maybe all games feel this way about having us explore their mechanics, and just remain mute on the subject.

Most games enjoy it when you play them well. They might not say so, but they do. 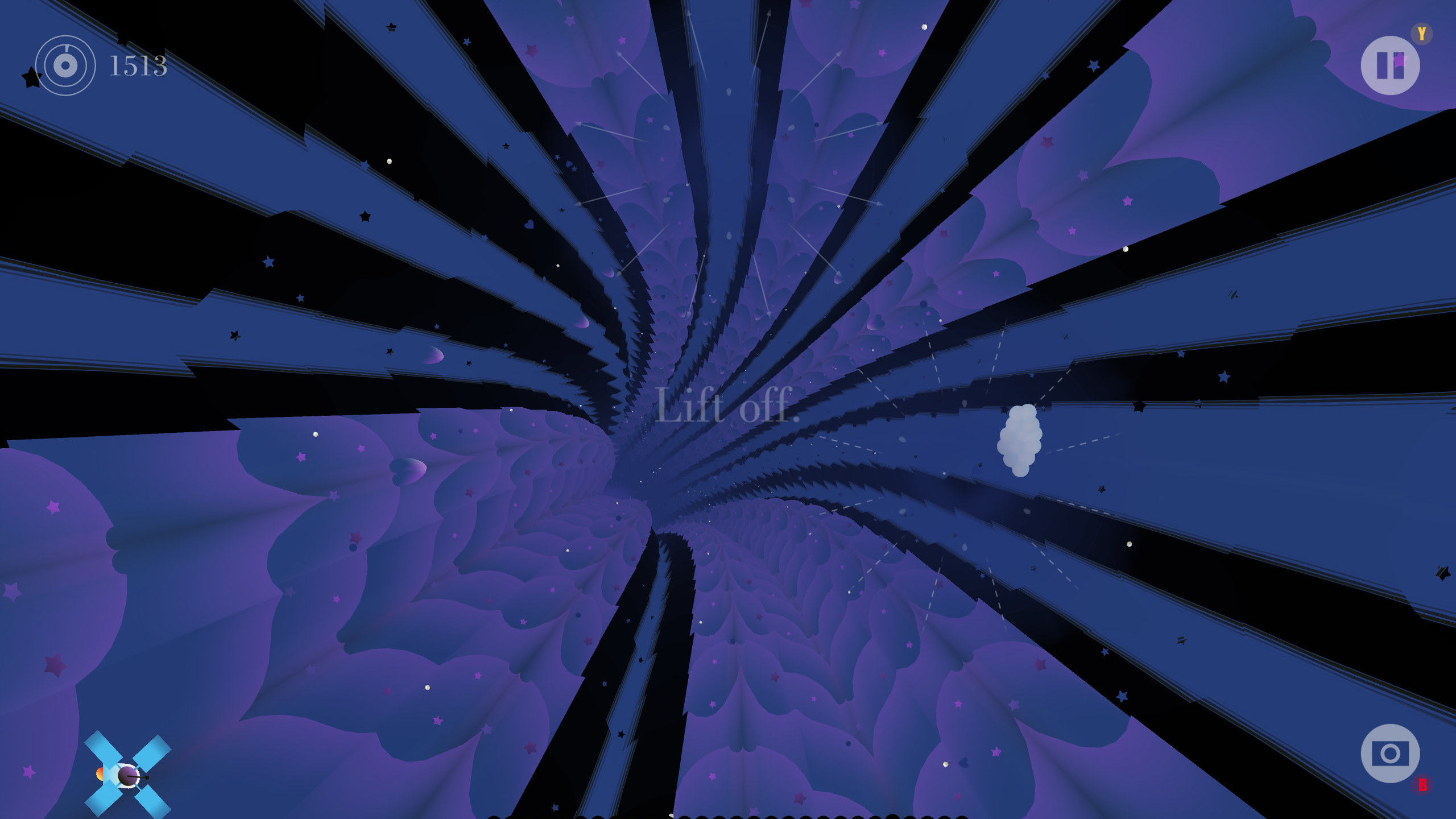 It’s a novel concept, but the game itself seems to alternatively entice genuine excitement and cold, scientific curiosity in me. Speculating on how others might respond to it seems moot given its intimate subject and nature: perhaps your taste in videogames is even second to sexual preferences and orientation as the deciding factor in your enjoyment. Luxuria Superbia tries to remain nonspecific as well as abstract, but flowers and tunnels feel like gendered imagery nonetheless.

Flowers are generally accepted as having sensual forms and smelling nice. But they are not gendered. Many hetero women find flowers just as sexy as many gay men do, etc. In fact, flowers contain the equivalent of both male and female reproductive organs. That being said, there is of course a strong historical association of the feminine with love and beauty. An association that even the harsh and cruel modernism of the 20th century hasn’t been capable of fully erasing.

This is a fair point to make: Luxuria Superbia does carry the baggage of hundreds of years of arbitrary distinctions, and to single-handedly dig out of the hole erotica are currently in would be an unreasonable demand indeed. Neither flowers and the nurturing side of nature, nor the passive role the game takes are inherently feminine, they have just come to be arbitrarily codified as such. Perhaps I am merely trying to rationalize my own interaction with the game, but I take some comfort in knowing I don’t seem to be alone in the interpretation. On Gamasutra, Kris Ligman mentions the game’s “feminine moans and sighs” and on Indie Statik, Chris Priestman described its tunnels as “effeminate”.

Whatever may be behind this tendency to read the game as female, I wonder how it might influence audience reactions. It’s common business to dislike or disregard games, but we tend to do so first in terms of production values and genre tastes, rarely based on personal incompatibility. If games continue going down that road, what manner of details might spoil match potential? I’m sorry Luxuria Superbia. It’s not you, it’s me. Either way, it seems obvious that the game is not for everyone. At the time of writing, it is still stuck in the limbo of Valve’s greenlight system, which Tale of Tales have been vocally critical of. 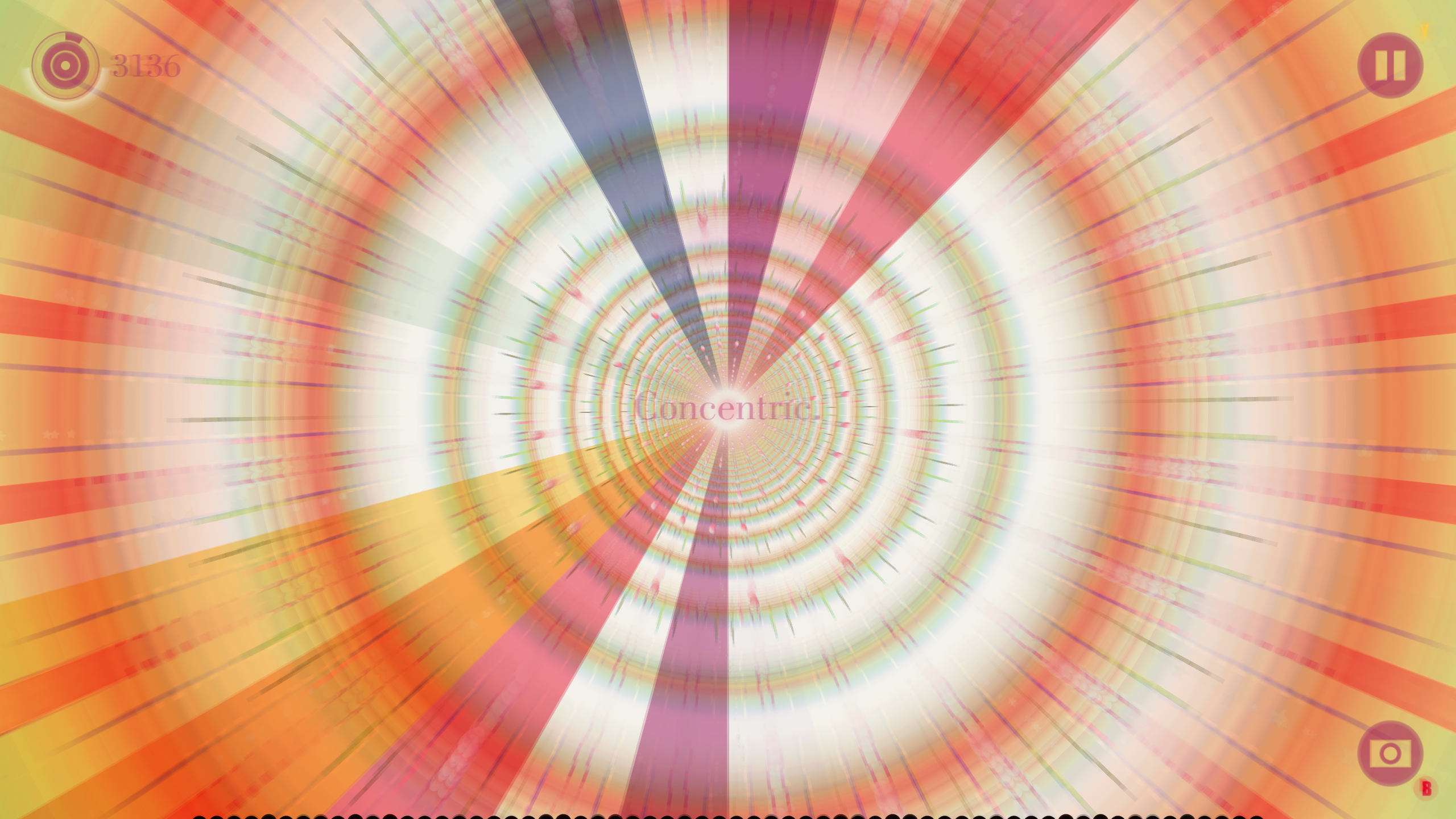 It’s a popularity contest and we are not popular ourselves nor do we tend to enjoy things that are popular. So it’s not for us. For us the internet is this wonderful environment where everything can exist, no matter how weird or small it is. Systems like Greenlight destroy that openness by applying the ancient capitalist laws of the jungle to an ecosystem that does not need to be governed by them. It introduces competition where none is necessary. There really is room for everything. There is no need to exclude anything.

What we need is systems that embrace this potential of the technology and give us access to the things each and every individual may enjoy. There is no need anymore to treat us like a flock of sheep. We can finally all be individuals. Let us!

Yes, let us. And what might be more individualistic than the very personal experience of sexual play? Luxuria Superbia is a game unlike any other I know, one I am still of two minds about, finding myself alternatively seduced by its beauty and left cold by its flirtations. It certainly hasn’t made me happy in my pants, but that’s okay. I understand the game likes to take it slow, and I do appreciate its soft caresses.

Beta Access to the PC and Android versions of Luxuria Superbia was provided by Tale of Tales.