Joe Köller went to A MAZE and returned with thoughts on videogame spaces.

I was beheaded, sat on a stack of stairs reaching into the sky, and watched people roll on the floor to steer caterpillars and hug strangers to press buttons on their back. Games are weird. Games are cool. Those are the two realizations you might have going to A MAZE, Berlin’s videogame festival.

Between opening night and award ceremony, A MAZE 2014 consisted of two days filled with talks and workshops. Anything from Pippin Barr reminding the audience of their mortality to Cara Ellison trying to translate “knob jokes” into German. I’m not going to repeat what they said, since you’re better off listening yourself. Recordings of the talks are available online. The exhibition was the real star of the show anyway, featuring around 30 games in a building the size of one of Gamescom’s smaller booths. Only there’s less people in there, and more booze.

I owe my digital decapitation, for instance, to Erkki Trummal’s guillotine simulator Disunion, while lounging in absurd heights was part of The Great Gottlieb, another Oculus Rift project – though a fan and a high chair were also involved. On the other end of the spectrum from simulated bodily experiences was the charming lo-fi approach of the Choosatron, a simple machine with four buttons that prints Choose Your Own Adventure games like receipts, and earned Jerry Belich the Audience Award. The winner of the Most Amazing Game award this year was Lea Schönfelder’s Perfect Woman, a Kinect game in which players literally bend over backwards to meet societal expectations.

The assemblage demonstrated current and constant “indie” fashions and sensibilities – local multiplayer, virtual reality, and experimental controllers – but if there was any further rhyme or reason to it, I have yet to deduct it. Nidhogg was played next to Roflpillar, a game controlled with your lower half in a sleeping bag and your head below a screen. Both drew queues and bursts of laughter. There were games with no buttons, games that made you fight over a shared set or strap them to your body, and games that used rather a lot of them. One of the titles incorporated a keyboard, that is to say: the instrument. 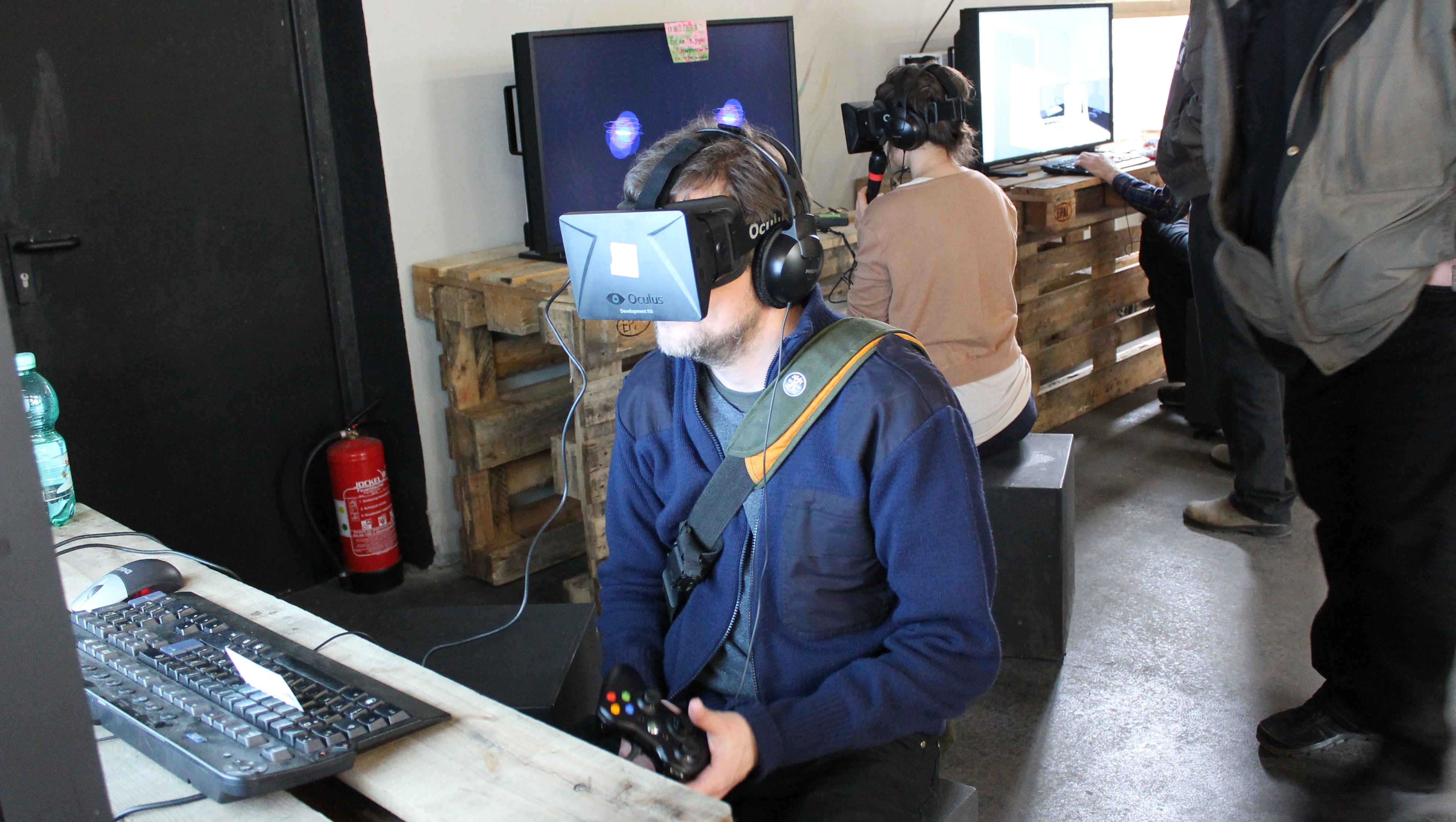 The easiest way I can describe this strange event is as a party for videogame hipsters. It’s a space that celebrates games in all their weirdness and creativity, attended largely by bearded and bespectacled white men in hoodies (admittedly a recent shave was the only thing that made me stand out). That’s not to disregard the women who contributed, attended or were honored by it, like Lea Schönfelder, just to note the specter of homogeneity that can haunt even videogames’ less formal spaces.

I’ve never been to the Independent Games Festival, but I suspect A MAZE is pretty close to it. At least, that’s the niche it serves over here. While GDC Europe does have an indie games track, the lack of awards and Wild Rumpus parties means there’s no opportunity to properly douse them with appreciation somewhere far away from people who use the word “monetization.” When you spend your day rubbing shoulders with the suits of the videogame industry or bumping into GDC bros, you want something to remind you that games are still more than schemes to squeeze money out of players, designed by committees and focus testers. That they are something people pour their heart and soul into, that they can bring strangers together and create joy from nothing.

The way GDC puts business and craft side to side is awkward for critics – at least it felt so to me – since they are digested with entirely different mindsets. Talks about the making of something are mostly taken in with dewy-eyed wonder. Some of them go so far into technical territory they might as well be in another language anyway. It doesn’t matter, so long as your excitement is palpable. We want inspirational stories, and ‘How?’ is often secondary to ‘Why?’ in these. By contrast, the words “free-to-play,” “MMO,” or “brand” are basically our cue to fire up the bullshit detectors.

The pace at which your inner compass swings back and forth between curiosity and cynicism can become exhausting, dizzying even. I remember that during last year’s GDC Europe I was so starved for something demonstrably human that I told every single indie developer I met that I loved their game(s), and meant it too. Never mind that I have some quibbles with this part or that, or that I only know of your work from hearsay. You made something without giving thought to its marketability or retention values? I could kiss you. 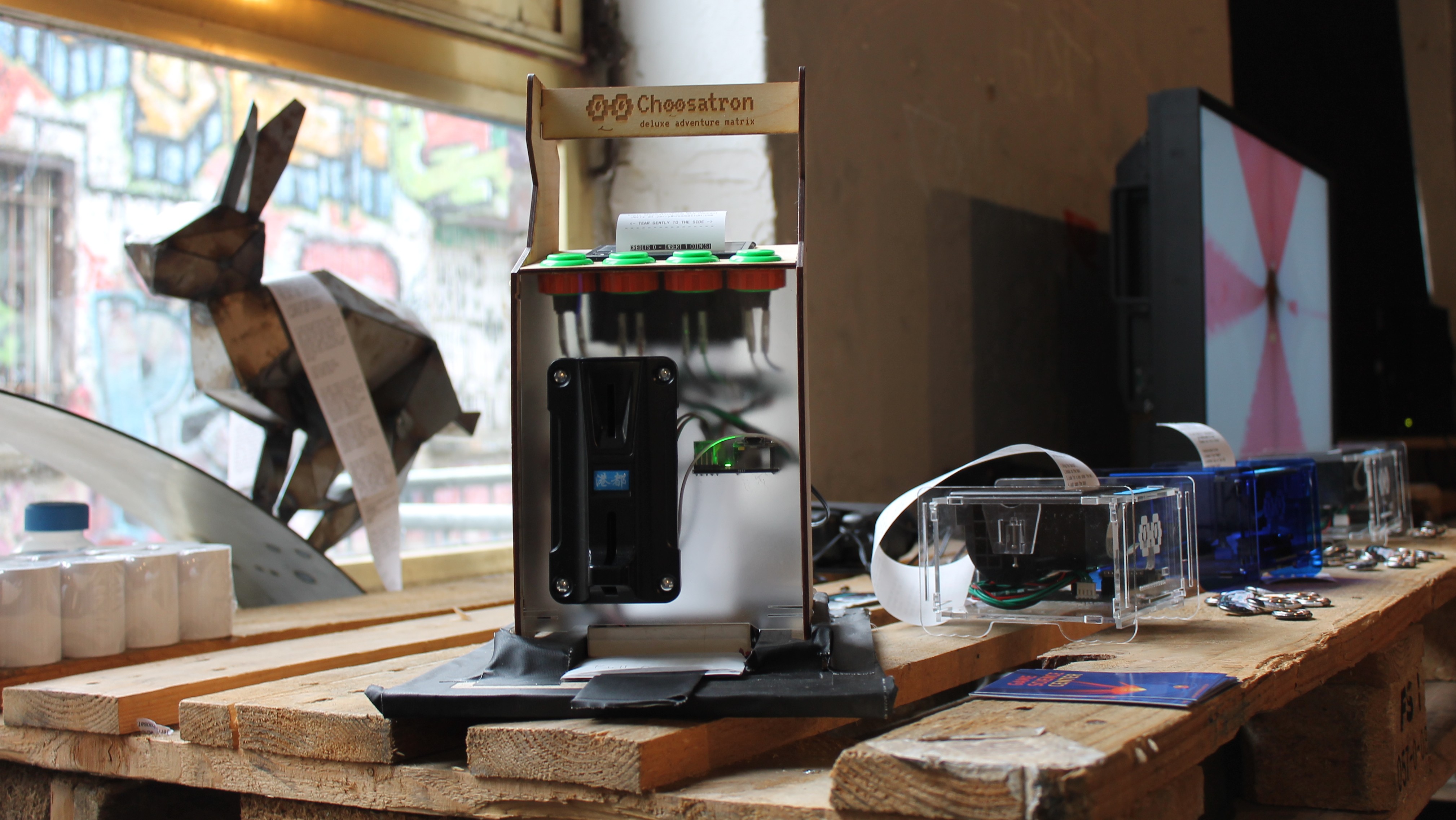 Now at A MAZE on the other hand, not only are these starry-eyed creative types just about the only people in attendance, many of them are standing directly next to their game, eager to talk to you about it or, in the case of Disunion, slap you in the back of the neck at the appropriate moment for heightened effect. It’s the kind of show critics tend to love, so, being a critic, it should come as no surprise that I loved it. I had a great time, there were a lot of interesting people and projects and Chipzel’s performance might even have moved me to try to dance. And that’s where the story could end.

However, the trite observation that everything was just dandy and I’d like to go again next year doesn’t really contextualize A MAZE in any helpful way. The interesting thing about this event is that it banks in part on its limited size. For most other shows, drawing a bigger audience would be fantastic news. For A MAZE, it might mess up part of its charm. I don’t mean to beat on the hipster thing again, but the experience would change considerably if the venue felt crowded, if lines started being a problem, or if its schedule got too busy.

That’s not an issue now, but it might become one. A couple of years ago, A MAZE was just some people spread out over a couple of bars in Berlin. This year, it expanded from just its exhibition venue to that and a separate location for talks and workshops. It’s understandable to want to see it grow and do well, but at the risk of sounding alarmist, that might put A MAZE on the same trajectory from unknown to uncool that many ‘in’ things go through. For instance: I was there. I wasn’t there last time, but I was told to go this year, so I went. It feels like a family and friends affair, but friends have this tendency to bring other friends. If we want to argue that indie games are taking over the world, it stands to reason that their shows are going to start drawing crowds too. 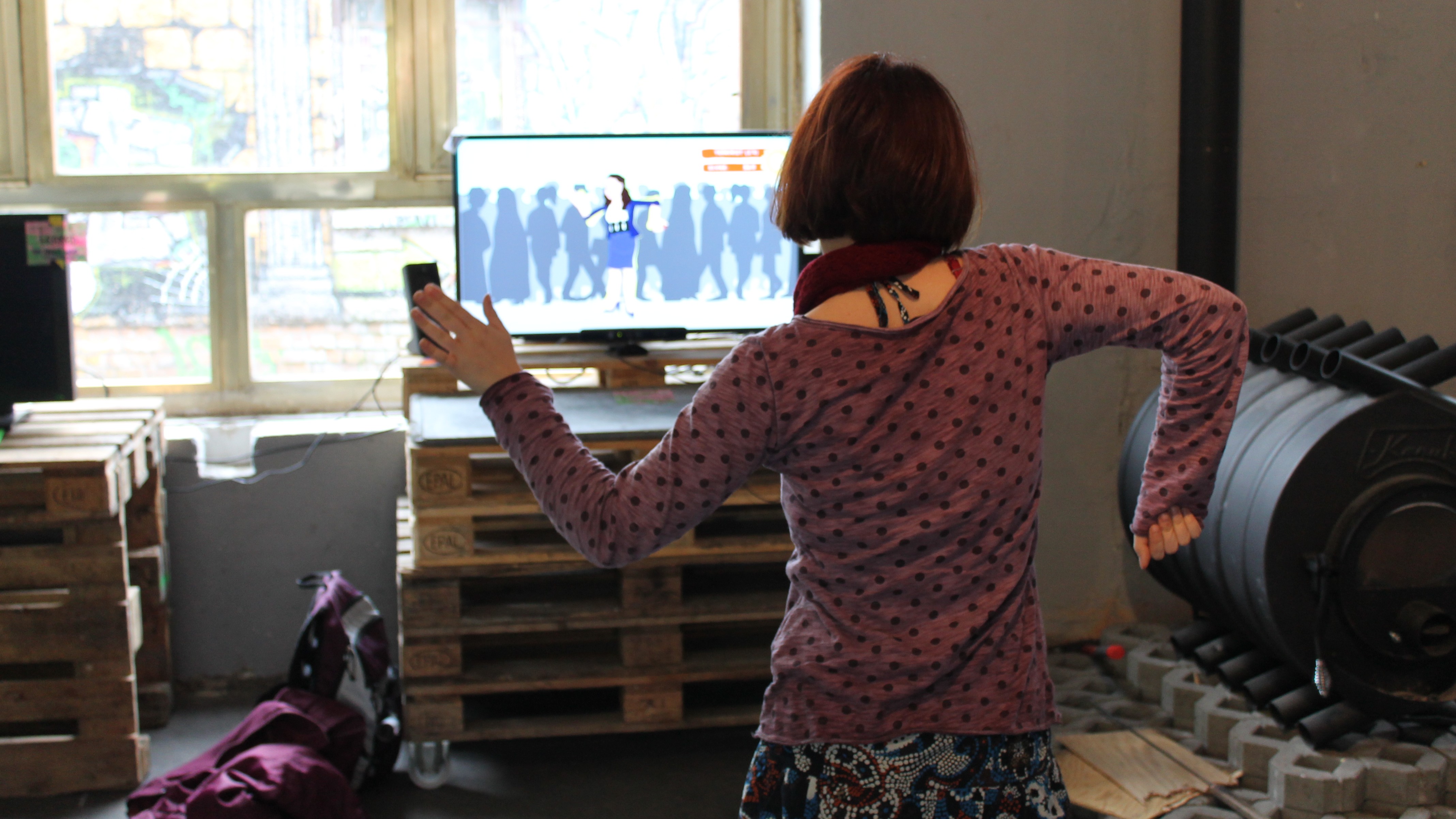 There are two reasons I’m thinking about the role and place of events in game culture: In the aftermath of my trip, the Penny Arcade Expo revealed its expansion to four annual conventions, while GaymerX announced that it will be shutting down after this year. Public support makes or breaks these shows. An admirable alternative to conventional game spaces will be lost because it got too little, while the corporate empire continues to expand its dominion – I don’t want to call it an evil empire, but it’s still Penny Arcade we’re talking about.

Success has its price as well though: the larger an event, the more overwhelming it becomes and the more things get drowned out by background noise. That doesn’t mean they’re not enjoyable, to people less introverted than I am, especially if you simply use them as an excuse to meet like-minded individuals, or are already passionate about one particular game and want to bask in sharing that enthusiasm. For being surprised, discovering new things and talking to the people who made them, they’re not ideal. Some events are for gamers, others are for games.

How do you keep an event welcoming and digestible then, without excluding people and feeding rumors of an indie games kabal? For now, A MAZE has landed in a happy place for hosting a great party: big enough to keep you busy, small enough to avoid becoming exhausting. Hearing how much it has grown already makes me wonder if there are plans to keep it that way. Still, it’s great fun. You should check it out, just maybe not all of you at once.