How The Last Of Us Factions Endures and Survives

Aaron Bayne checks in with a tenacious multiplayer community.

The sun is setting. The low buzz of grasshoppers can be heard as the golden Lincoln sun coats the streets that have long been reclaimed by nature. This, however, is not a peaceful setting. A group of desperate Hunters are combing their way through an area on the edge of Bill’s Town looking for supplies, armed with revolvers, bows, and burst rifles. The problem is a group of Fireflies are doing the exact same thing – and they’re about to clash.

This is The Last of Us (TLOU) Factions, an online team-based multiplayer experience attached to one of the most critically acclaimed games of all time. However, Naughty Dog’s PlayStation exclusive isn’t known for its online component, as the vast majority of its fans fixate on the single-player campaign. But that doesn’t mean that the multiplayer mode doesn’t have its fair share of praise. Seven years since its original release, TLOU Factions is home to a devoted and fervent fanbase that still fills lobbies and occasionally hosts tournaments.

On paper, the game is nothing special. Two teams of four are pitted against each other to collect supplies for their struggling camps. It has little influences from various popular online game modes, from team deathmatch to kill confirmed. Yet despite a multitude of similarities, it’s one of the most unique multiplayer experiences I’ve ever played.

So how does it do it? How does a seven-year-old multiplayer mode keep its audience engaged, when so many online games of its ilk have fallen victim to empty matches, and continuous lobby waiting lists? I spoke with YouTuber BobbyBarks, who runs a recurring fan tournament called the TLOU Olympics, to find out why he sticks with the game.

“When I bought The Last of Us, I didn’t know it had multiplayer,” Bobby starts. This is a common approach for most, as the game didn’t even advertise its online features until a mere week before release. “I played the story mode a few times over and wanted to platinum it, but it required two trophies from multiplayer. So, I delved into it about a week after release.” 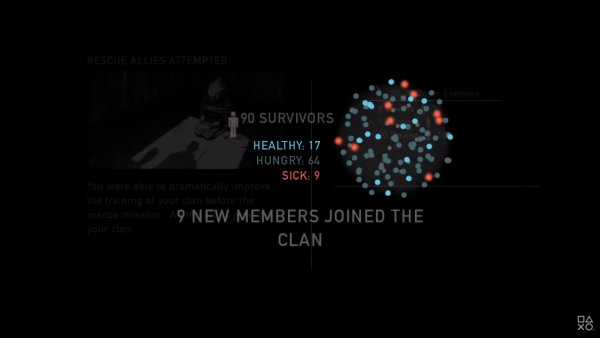 Switching the campaign for multiplayer mode will reveal that Factions brilliantly manages to transpose the essence of its main game into an online capacity. It captures a grounded experience rooted in desperation and shot to bits with nerves.

That tension starts to set in before you even load up your first game. That is a result of Faction’s metagame which heightens every second of the multiplayer by threading each match together in a high-stakes narrative. You are tasked with one simple objective: survive twelve weeks. Each match equates to a day, and every day is an opportunity to collect supplies for your struggling camp, starting with a few survivors – represented only by coloured dots in the menus, and the occasional descriptor of “Johnny Wu chopped some wood”. As the camp expands and with it the need for supplies, these fellow survivors quickly evolve from mere text on a screen to an increasing demand for success. A lacking couple of games can be detrimental to your camp as survivors become hungry and sick, eventually dying and can even be wiped out, resulting in a restart of those 12 weeks. You don’t just want to do well, your camp needs you to.

This story thread gives each match a layer of incomparable tension. As you load up a labyrinthine area like Wharf, you know you have fifty mouths to feed and a rival gang breathing down your neck. The pressure can become too much, making or breaking any game you load into. The importance of each match became so quickly ingrained in my brain, that any request for a turn at the game from my brother was snappily met with adamant refusal. A poor performance in one match meant that the next was so much more important. To many this may seem like less fun; however, I often found that going into each match already on the edge of my seat elevated the experience, whilst my ever sweaty palms tightly gripped the controller.

However, a game’s premise will only take you so far, and Naughty Dog had the challenge of adapting their gameplay, which saw you crafting molotovs and managing a limited inventory on the fly, into a competitive online environment. 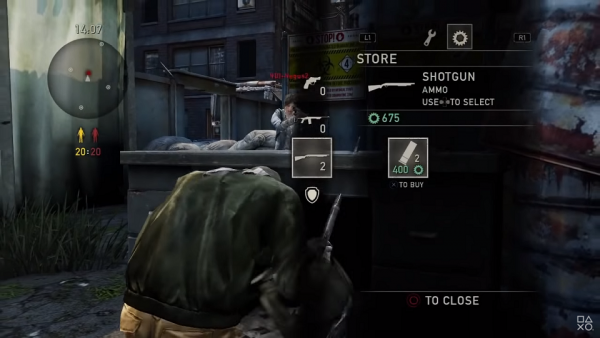 “It took me a while to familiarize myself with the mechanics, but it felt in touch with the story mode.” Bobby explains. “Don’t get me wrong, I was bad… really bad. I couldn’t shoot anything, and I kept dying.”

And that was likely the case for many new Factions players. This isn’t Call of Duty. There are no killstreaks, and gameplay isn’t twitchy. For many, getting even two kills between deaths is an achievement. This is a slow and methodical game that often relies on team coordination, as well as a bit of tactical know-how. Player movement isn’t as fluid as, say, Naughty Dog’s multiplayer offering in Uncharted 4, and for many newcomers it will feel stilted or too slow. Even hardened players will often be infuriated by their avatar’s jerking reactions to incoming enemy fire, causing their defensive shots to miss their marks.

Regardless, when I spoke to longtime fans of Factions, they agreed that the game is a serious adrenaline rush. “No other game is so exciting compared to this,” exclaimed Jani Vahakangas, “Gameplay is tactical and slow paced, so you can outsmart your enemies.”

“It teaches you teamwork because you can’t play solo,” Javier Wavey adds, “[You’re] forced to use tactics… rather than rushing in alone.”

It is Factions’ slower than most pace, and tactical approach that shed a light on its defining quality. Danger is around every corner and, harking back to the advice of Joel in the story campaign, you have to make every shot count. In fact, there are a lot of things you have to make count. Lives are limited, supplies are low and even individual matches hold great importance. But as Javier states, teamwork is integral. 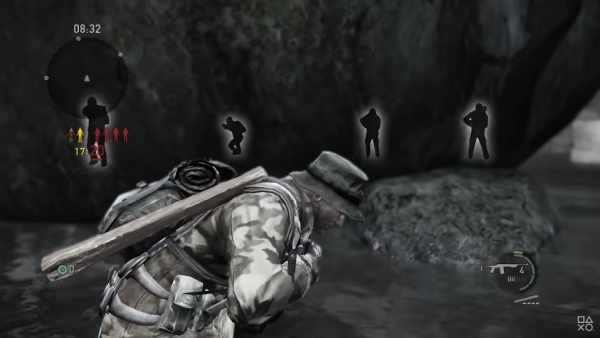 Community is at the heart of TLOU Olympics, as founder Bobby sees it as a collaboration rather than a one man show. There is certainly a community vibe to the game, as lobbies are often filled with clan teams, with the highest-possible “999” ranks sitting proudly beside their name tags – an indication of the number of weeks survived.

“[It] is great for social interactions with friends and community members.” Bobby explained, “I think [my] favourite tournament I ran was the ‘Randomised 2v2’, where players were randomly paired every round as well as the opponents they were playing. This meant you could win a game as a pair in Round 1 and then be playing against each other in Round 2. This certainly helped people benefit from getting to know one another.”

With teamwork being so central, the game is fertile ground for bonding and friendships. As lobbies are often full of tight knit and experienced teams, it highlights how much the team-based aspect of Factions has resonated with its fanbase. And while at times this leads to swift defeats, it also encourages other players to work together to tactically overcome their opposition.

Even though BobbyBarks is reaching his fourth year of TLOU Olympics, and the game is having its seventh successful year, the future of Factions remains unclear. With the PlayStation 4 generation approaching its eventual end as the PlayStation 5 lines up for a holiday release, and the multiplayer-less TLOU Part 2 finally out in the wild, channels like Bobby’s are eager to keep the community alive.

“Undoubtedly there will come a time when the servers are switched off for this game. It will be the end of an era that has brought me many friends and memories.” Bobby reflects. “I don’t make any money from creating these events. My channel isn’t monetized, and I don’t take donations unless people want to contribute to a prize pool for players. The main reason I provide community engaged tournaments is to keep the game alive.” 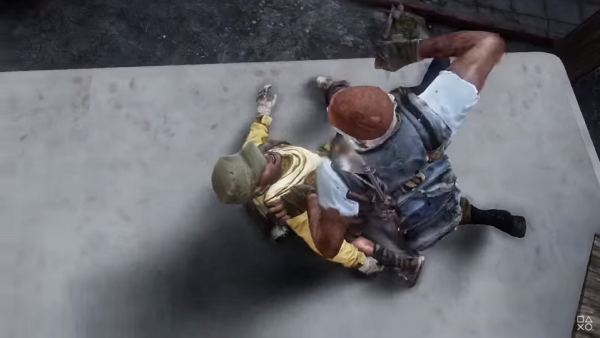 TLOU Factions is a relative success story. The mode has seen an incredible lasting fanbase, and survived a generational jump from PlayStation 3 to PlayStation 4 – but it is unlikely that it will make that same leap to PlayStation 5. Naughty Dog have remained relatively tight lipped about any follow-up to Factions, which at this stage is only known to be a larger and standalone affair. However, their next iteration of the multiplayer has boatloads of potential, particularly with the power of the PlayStation 4 (or 5) at its disposal. Will it remain faithful to the existing modes or branch out to unexplored territory?

“It needs to retain the originality of Factions.” Bobby warns. “It has a sense of uniqueness about it and every time I play, I still feel like I gain a new experience from it. Even after seven years, two consoles and fifteen-hundred weeks of the metagame.” Bobby believes there is potential for a Battle Royale mode within Factions, which I too think the series lends itself to brilliantly, even with the plethora of such modes plaguing the gaming market. The highlight of slow-paced combat, stealth and scavenging seem all the more pertinent to Battle Royale.

The Last of Us Factions is the story of the underdog: the multiplayer modes that nobody asked for, seemingly tacked on as an afterthought, ignored even by its own marketing. Instead, it proved to be a well-balanced and intense slice of multiplayer that other online games could only dream of attaining. It is often judged for its lacking graphics, minimal playing options (with only two modes to try), and unfair addition of paid DLC weapons, but getting past these elements, one finds an incredibly focused multiplayer offering. It’s one that will leave your heart in your mouth as you count bullets, consider your options, and think of those little blue and red dots, who rely on you to bring back those precious supplies.

Whether it be discussing the significance of Battle Royale or the need for artful storytelling, Aaron (@WatchPlayType) will gleefully wind his way through any and every topic in video games. Through his writing and discussions he hopes to elevate the public perception of games beyond that of mindless shooters and gamer stereotypes; highlighting their importance, ability to enlighten and the positivity they can introduce. See more of his work at his website.

Tags: Factions, The Last of Us
← Due Diligence: The Mass Effect Andromeda Trilogy, Part III: Lost in the Wilderness
Afterparty and the Tedium of Eternal Consumption →