Are We Home Yet?

Sam kissed a girl, and Joe Köller liked it.

In Gone Home, you are Kaitlin Greenbriar, returning late at night from a trip to Europe to your family’s new Oregon home, exploring the empty house, looking for the explanation for said emptiness and piecing together the year of your family’s life you missed: your father’s dark memories and writerly struggles, your mother’s marital frustration and extramarital flirtation and, most importantly, your little sister’s budding relationship with another girl.

“This is a videogame. About girls in love. That shouldn’t be exceptional in and of itself, but it is.” says Meritt Kopas, and I’m inclined to agree. Gone Home is a remarkable game, perhaps less for its own achievements than for the failings and blind spots of the industry surrounding it. It’s a flawed game. It created a wave of critical responses the way only few titles do. In an issue on intimacy, there’s no getting around it. Romance is the very core of its narrative. It’s not thrown in to embellish some other fantastical tale, to provide motivation or titillation. The relationship you experience is not even your own, you live through it vicariously within the simulation as well as without.

So I’m going to talk about Gone Home. Need to. And I think you need to know who is doing the talking, so I’ll drop all formal pretense, stop dancing around pronouns and you get straight access to the twentysomething would-be game and culture critic. My views on other games might be informed by taste and genre literacy, with Gone Home they depend significantly on life experience. This is a personal game eliciting a personal response, and it deserves a personal write-up.

Maybe not from me though, being a little too young to fall for its ‘90s’ kids’ nostalgia trappings, a little too old to appreciate its coming of age story, and definitely quite a bit too male and too straight to competently discuss its core relationship. Or rather, I shouldn’t be able to, but Gone Home keeps everything neat and tidy, playing this as just another teenage love story, unreasonable happy ending included and no room for discussion of queer struggles, thank you very much. Mainstream critics have been falling over themselves to laud its story and observe how much it reminded them of their childhood. Many queer critics have noted that this does not feel like their childhood at all. 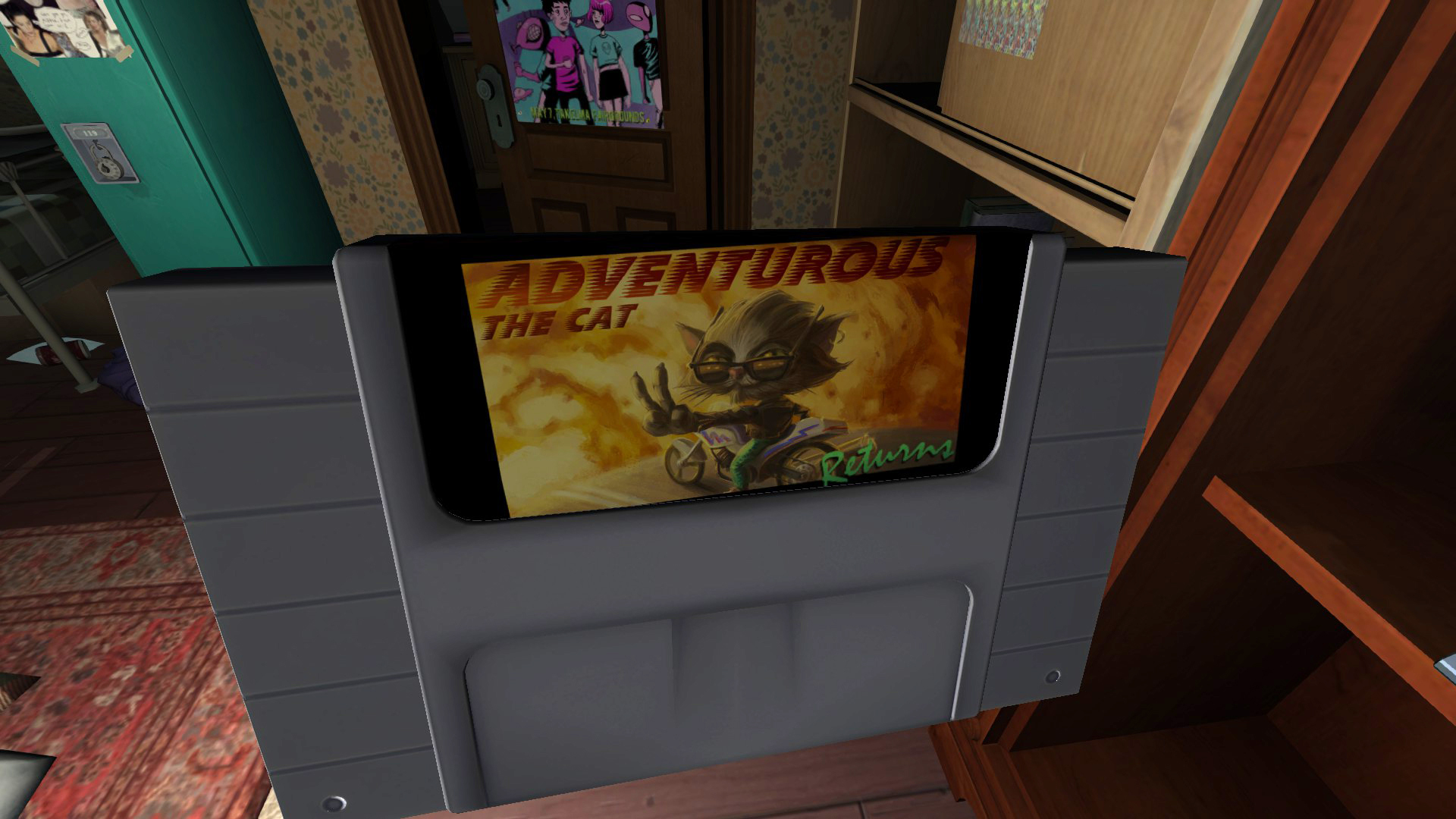 That is an uncomfortable disconnect. I don’t think there’s anything wrong in focusing on the universal and I don’t think The Fullbright Company are doing the subject a disservice, but it can still feel as if something crucial is missing, or worse, being ignored here. When Andrew Huntly and I compared notes on the game, we came to talking about the way it romanticizes Sam’s decision to abandon her home and education, which he considered inconsistent with the minor obstacles she faced: So what if her family’s ignorant and the other kids are mean? Some people are disowned, thrown out and beaten up for coming out.

Where he took care to criticize the cheesy ending, others seemed disappointed that Gone Home didn’t justify it by being more tragic, a wish that can sound slightly exploitative. Personally, I didn’t feel that the lack of major stumbling blocks in Sam’s relationship was inconsistent with her decision to run off with her girlfriend. When you’re a teenager, your problems are always the biggest problems in the world. That’s part of the experience, the limited perspective of being stuck in school, in your hometown, worried about fitting in, not knowing that there’s an entire world out there, full of both people who are like you and people who are nothing like you, and that you just need to find the ones you like and hope that they’ll like you too.

Gone Home is a story about being gay, and perhaps not the best one, but it’s also a story about growing up, and some aspects of that are universal. The general should not be overshadowing the specific, but I’m not sure if that’s an issue with the game’s content so much as with its reception. And that conversation is itself tied to the unreasonable expectations of being the first – pardon the oxymoron – mainstream indie game to explore a lesbian relationship.

The overly enthusiastic tone with which we sometimes praise games that, at most, present a small step forward is worth talking about, but the opposite, snide cynicism propped up by concern for maintaining perspective, is equally unhelpful. Perhaps videogames still trail behind other art forms in certain areas, or at least their commercial side does. We should be aware of that. We should also be aware that what’s long established elsewhere can still be new, exciting and significant here. 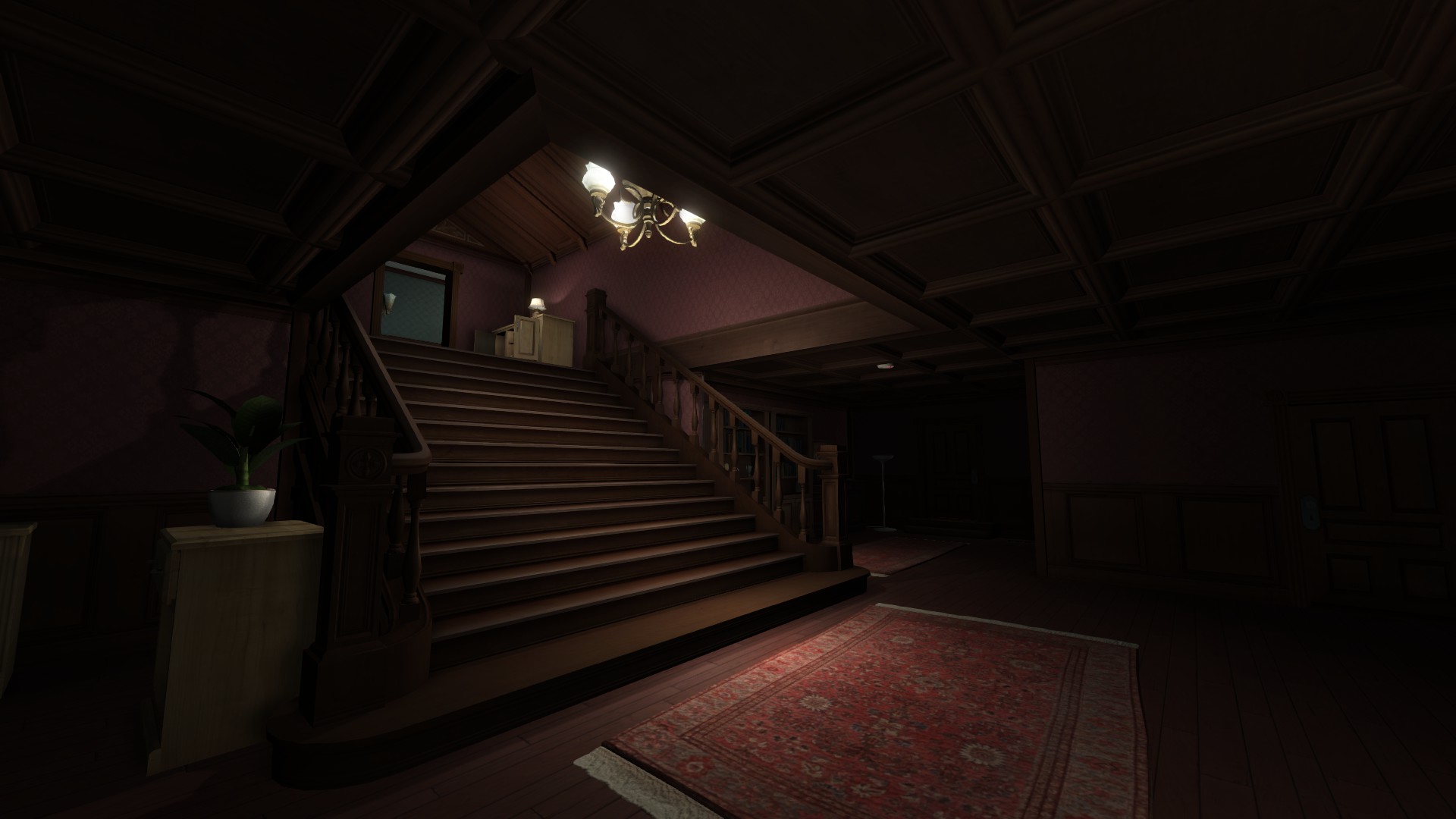 Can Gone Home’s writing be compared to Winterson? No, Mr. Bogost, but the question also shows a disregard for form that I am uncomfortable with. This is not a book. Don’t mistake that verdict for saying it is not literature, and then don’t mistake that one for saying it’s good literature, but the way Gone Home is presented has effects beyond getting to look big in the comparatively small pond labelled ‘videogames’, praised to the skies by a blinkered crowd of critics unlikely to have ever read Oranges Are Not The Only Fruit.

Except the complaint about Gone Home’s universally enthusiastic reception only works when you ignore important critical voices and focus only on what triple A games writing had to say about this small, independent game. I already mentioned Meritt Kopas’ article, and you should read it. Then read what Anna Anthropy, Nick Shere, Maddie Myers, Todd Harper and AVB had to say about it.

But I can see where the temptation to talk about Gone Home as if it was a book comes from. Not only do you spend a lot of time in the game reading, Fullbright’s work has also given us another of that silly “not a game” debates that last followed Proteus. What might have caused the confusion is that the game is at its most interesting when it’s deliberately not being game-like, frustrating our expectations and knowledge of genre tropes. It hints at horror but never delivers: your family is absent but well, bloodstains turn out to be conveniently placed red hair dye (which has been sitting there how long exactly?) and a supernatural subthread about hunting ghosts turns out to be one big red herring. Of course there are no ghosts here. This is reality. An idealized, kitschy, upperclass version of reality perhaps, but reality nonetheless.

Whatever Gone Home’s place might be among novels, all this works specifically because of its relationship to other games. Understanding horror games is different to quoting horror books or films. Moving through this mansion is different to leafing through pages. This is a story told through means of interaction, between you and its world, its sources, its hints and dioramas. Not the best story, no. It’s heartfelt and clever some times, but cheesy and superficial other times. What this adds up to is still a recommendation. You need to play Gone Home because there’s no game quite like it right now. The real question is: Why isn’t there?