Dylan Barry… For but a moment

My obsession with videogame emulation started in the late 90s.

A lot had happened to me since I had last touched Sonic the Hedgehog. Life was not really fun anymore but a gameless blur of psychosis, Soundgarden and sexual confusion, I was not back for games really.

I was raised on game reviews more than games. Mean Machines’  mulleted legend Julian Rignell was my first crush, my John Lennon; box art and arcade attract sequences my McCartney. In the 90s, you were lucky to get 2 or 3 actual games a year—maybe 4 if you did the chores; reviews and window shopping were a much bigger part of the experience. 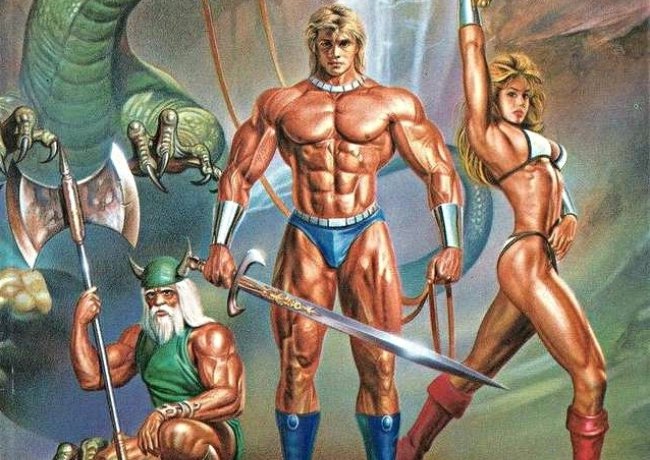 And they took me somewhere.

It was not unlike lying on your bed, listening to your Swans albums later on in life, the lyric sheet your metaphysical and emotional map. “Down where semen and fingers crack and bleed…” Something activated in you, at points, was released in you for a moment.

But the boxes were only the gateway drug.

I spent subsequent summers like some kind of junkie, begging strangers for money to get my fix. O’ the halcyon, warm electrical storm clouds of Strider stage 2(c). I needed more and more to feed my imagination but it was never the gameplay that I woke up early for on those summer holidays. In the case of the 8-bit games I had at home, they invited my imagination into their Nietzschean, abyssal black skies where I naively made a transaction with whatever devil would have my soul. But as I grew my imagination died, somewhere in that abyss. Those black hole suns became graphical limitations.

My defenses went up; perhaps you can’t serve two masters after all. Luckily, graphics started to get better to accommodate, the golden age formula of box art and 99% imagination was over. That little devil was all grown up; we’d fed him well with our fever dreaming.

Not long ago, I humored a friend of mine in suggesting we should try to “1cc” Thunderforce 4. “1 credit clear” was not terminology I’d grown up with personally. I had never played games for that, this was his jam. 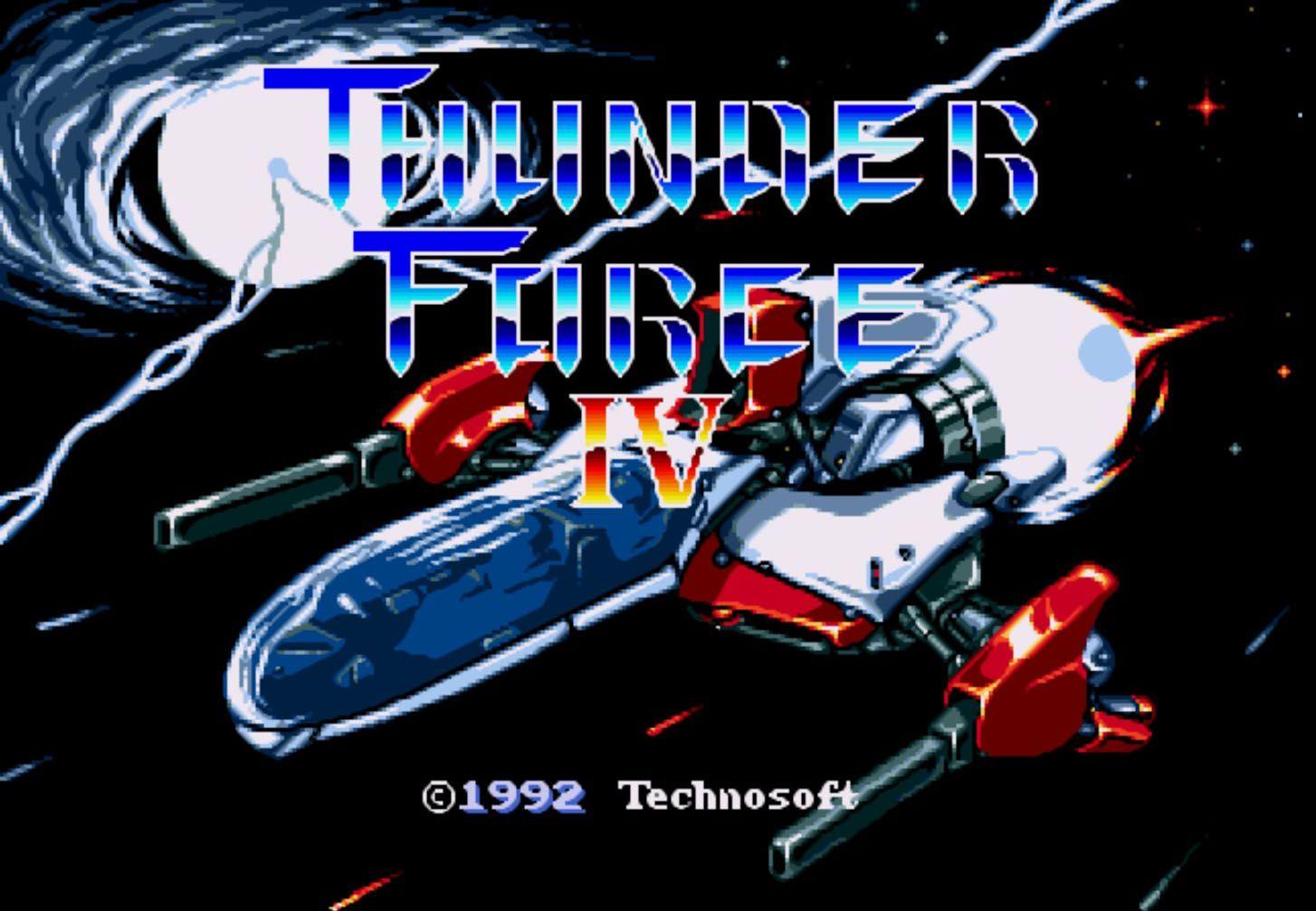 Sure, it was a hardcore game, but the one you put on the 99 lives cheat right? So you could sit back and take in the parallax scrolling and the colors? The one you memorized the options screen so you could blindly navigate to the music when your folks wanted the television, yeah? The game that triggered that emotional response.

I lamented afterwards that maybe I wasn’t even a gamer by his standards. It felt wrong to just play something from this era, something I’d been ritualistically emulating for years and years for abstract reasons. This was never just fun and games. Games have always been scratching another itch for me, right? But what?

Maybe I’m not a Bob Mould fan either but for a split second, in “The Slim,” the part about his dead partner’s breath on the pillow:

“I felt your breath…For a moment…”

Deionarra’s theme in Planescape:Torment was what that game was all about, wasn’t it? What a powerful moment. #GOTY material.

These moments mean so much more to me than just “games.” It’s why I get the same old ROMs from that online landfill that never seems to disintegrate. I won’t 1cc them, ever, because I can’t; they hold another part of me captive. I know because I gave that part, a tithe out in the abyss. After all, doesn’t the devil deal in souls? Could I deal without also giving some of mine?

A few years ago I watched King of Kong: Fistful of Quarters, grown men were crying over Donkey Kong, Pac Man, and the like. It had a powerful impact on me. I watched it a further 5 times, mystified, alone and with friends.

Recently, grown people cried at the unearthing of the “worst game ever made,” the Atari  E.T., I cried with them and I’ve never even played the game. It made me want to make something that powerful, that captured people’s imaginations so powerfully. 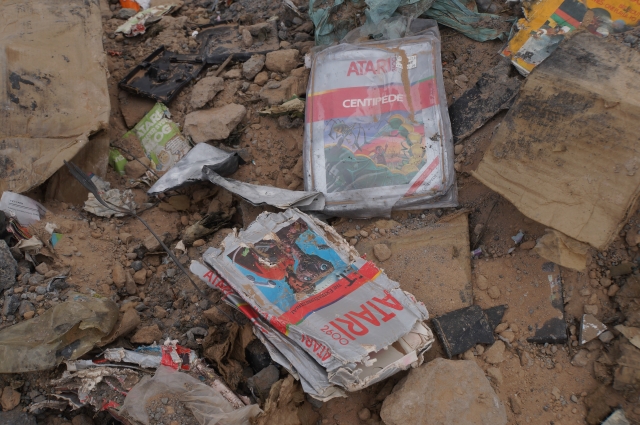 Jeff Buckley once sang ‘The Sky is a Landfill’ and so the internet has become to me.

Do we cry over game mechanics? Or is it our imaginations being unearthed from these ethereal dumping grounds?

Why do we even seek to emulate the past? To make that secret streetview pilgrimage in our Google cardboard masks, standing on that doorstep, waiting to hear that crushing rejection one more time? Our imaginations are not where we remember, in Greenhill Zone – Act 1, a Husker Du refrain, or even another brick in our genetic makeup, there is no “Flight of the Navigator” fireworks homecoming when you climb out of this nostalgia freefall.

As the femme fatale in David Lynch’s Lost Highway whispered in that film’s devastating coda, “You will never have me.” We can come back in any future incarnation. On any soft-modded future system, re-downloading the same old games again and again, in an attempt to invoke our own wide eyed innocence; a ghost of us somehow magically encoded into the game’s ROM.

I guess that’s the hook and the true challenge: spiritually channeling that imagination we once had but we will never really have back again, not like that at least. A stubborn old spiritualist tried to indoctrinate me once. “All is change,” she would insist, as she ate her endlessly reincarnating holy cow burgers. Instead, I watched Solaris hoping that things would stay the same.

I am not a gamer really, I’m some kind of technomage. I boot The Revenge of Shinobi so I can stand under stage 1(b)’s huge city skyline, entranced by the scale and the music, reaching back in time and activating that same archived response I had at first; I have no intention of jumping over the fences in the next stage. Or that damn labyrinth!

I am back, for just a moment.

“Whoever fights monsters should see to it that in the process He does not become a monster. And if you gaze long enough into an abyss the abyss will gaze back into you.’”
– Friedrich Nietzsche, quoted in the opening moments of Baldur’s Gate.

Tags: Golden Axe, The Revenge of Shinobi, Thunderforce 4
← Art Tickles: Home is Where the Hearts Are
Opened World: Queerness & Movement →