Terminal, Alien: Isolation, It Moves, Banshee’s Last Cry, and Silence of the Sleep conclude another day of looking back.

Terminal is a broken, shoddy mess of a game. It’s terrible, it’s honestly brutal the ways this game doesn’t work. You’re supposed to be able to input commands to fix problems with a spaceship, but the commands to choose from are many and obtuse. There’s a whole selection of modules that give the impression they’re supposed to do something, but figuring out what exactly they do is an exercise in labored trial and error. Worst of all, each new day presents you with a list of disasters on the ship you need to address, but before long the list exceeds the height of your screen. You can’t scroll down to view your priorities, so because the game refuses to update the list correctly and mark off recently averted crises, you’re left checking the status of every single module and system just to establish a premise for the solution guessing game.

Yet I love it. It’s so compelling and enchanting and deeply in tune with the atmosphere of space travel gone bad: the terror of the unknown, the feeling of being little in the face of a vast uncaring eternity.

On a deeper level, it aptly dedicates itself to the phenomenon of cyborgization inherent in videogame immersion, wherein my sense of reality is transported into the computer screen, consuming my consciousness. The terminal in Terminal is represented in-game; I can tilt my head slightly to imply my ‘character’ is a person with a neck staring at a console. All the action and interaction occurs within that digitized, codified virtual world, and eventually I forget my character has a neck, my consciousness now distributed across the mechanical tools of humanity. 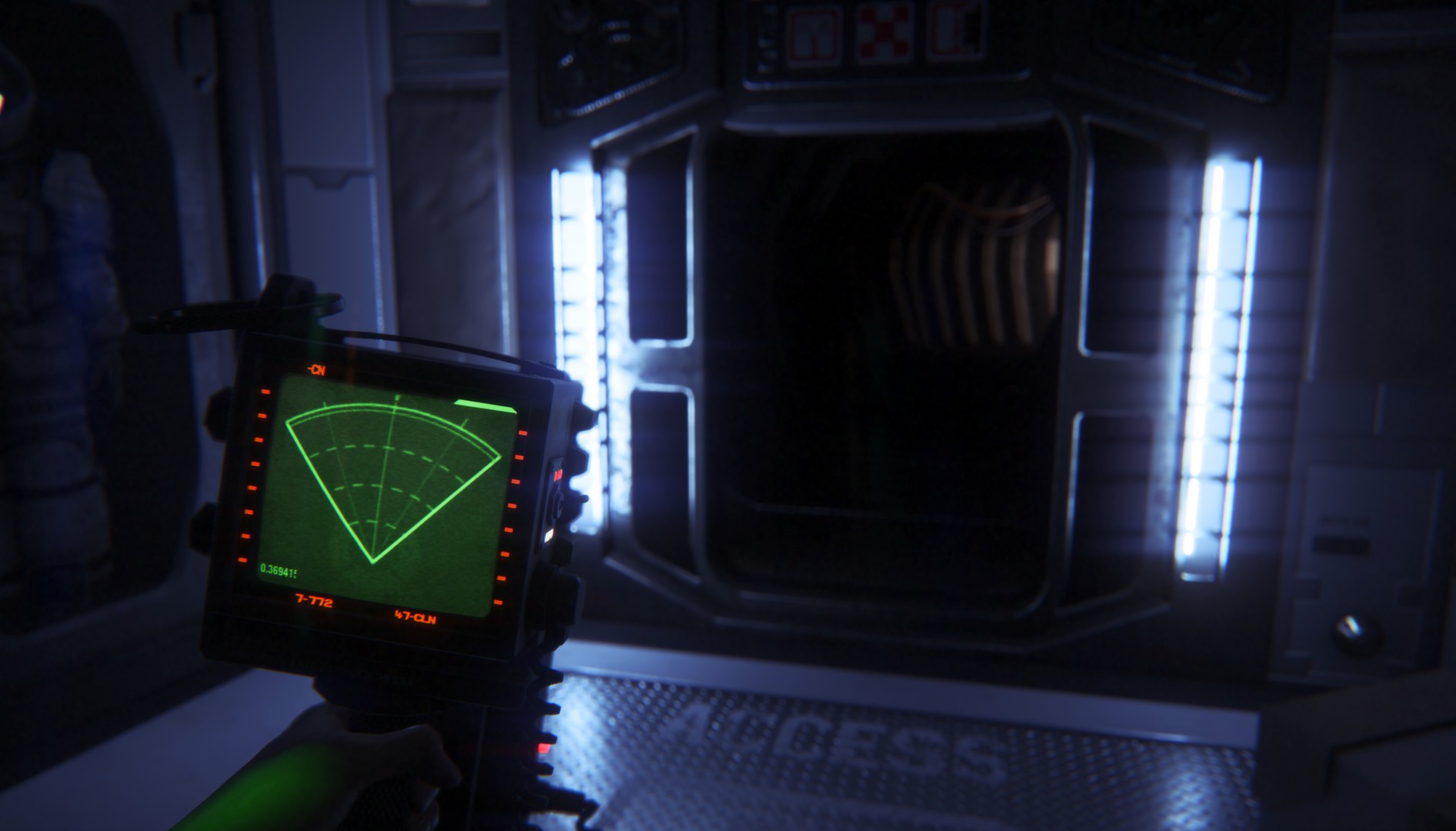 Alien: Isolation is a videogame that tries to kill you.

Mainstream videogames tend to be power fantasies. They put the player in control of every aspect of every situation and it makes us feel good. Alien: Isolation is the opposite of that. It’s a disempowerment fantasy. By some account, you could even argue that the Xenomorph, the invincible alien you have to face, is in the role players usually take – a creature whose only purpose is killing everything around it.

Alien: Isolation a game about experimentation and exploration. It encourages randomness and improvisation instead of forcing every player through the exact same experience, while still telling a linear story. It gives you a set of gameplay mechanics and then puts you in a box with them, just to see what happens. If you play Alien: Isolation, you’re a mouse in a laboratory.

Some have called it disappointing, but this is at least partly an issue of mismanaged expectations. Alien: Isolation is everything mainstream videogames would never dare to be. It’s slow, repetitive, frustrating and unfair. Yet by not catering to players and instead actively working against them, it gave me some of the most exciting hours of gameplay last year, in a year that was otherwise dominated by mainstream mediocrity. The ambition that went into this game resulted in a beautiful and unique analogue look, and terrifying sound design.

Alien: Isolation is bold. It’s important. It’s perfect and flawed at the same time. And I’m in love with it. 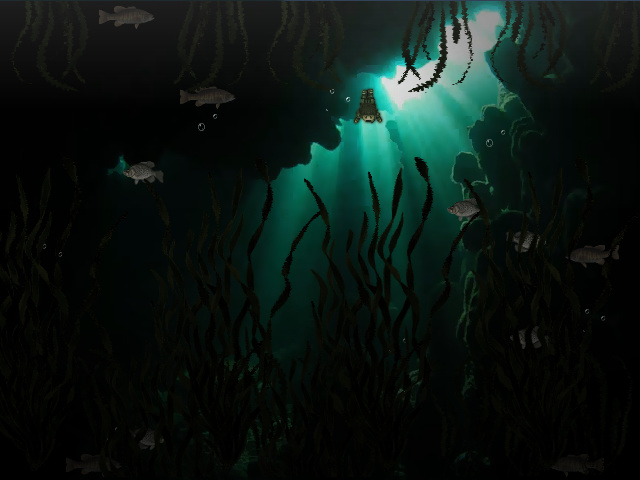 It Moves simply shouldn’t work. Made in RPG Maker with its stout standard graphics and based on a creepypasta that swells a child’s common fears to grotesque proportions, it should by all rights look like the stitched-together corpse of internet leftovers that it is. And yet, It Moves, here we are.

Developer SnowOwl infused it with a life spark that makes It Moves nothing less than a master class in how to build atmosphere with the simplest tools imaginable: there is the text of the eponymous web story, which is quoted verbatim in its entirety over the course of some 40 minutes, accompanying a spiral down into literal darkness. There are the sequences interspersing this text, not so much playable illustrations than modulations on the story’s dreadful mood, that push the RPG Maker’s inventory of scare tactics to its limits and beyond.

You might have expected an eerie soundscape, wilful disorientation and images straight out of a future death metal album cover, but It Moves is not about surprises and jump scares. It’s all about the slowly building fear that nestles in the blind spot of your eye – an accomplishment all the more unsettling when you consider the fact that a game in isometric perspective technically doesn’t have such a thing as a blind spot. 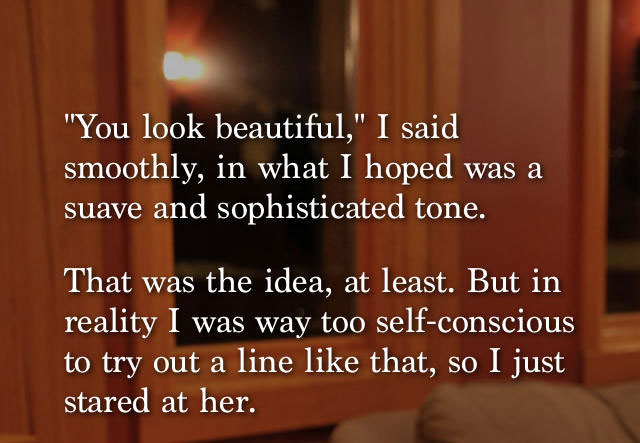 Thanks to the unexpected success of games like 999: Nine Persons, Nine Hours, Nine Doors, North America is starting to get some of the classic visual novels that have lingered on Japanese shores for decades. Released quietly on iOS early this year by Akysys, the 20-year-old Banshee’s Last Cry is one of those games. Despite its age, however, Banshee’s Last Cry throws the conventions of the genre on their head at every turn, changing the nature of the characters, the setting, and even the genre of the story depending on the seemingly arbitrary choices the player makes.

What initially seems like a thinly-plotted horror story can turn into a spy novel or dungeon crawler at a moment’s notice; characters who murder you in one plotline can turn out to be KGB informants in the next. It has more in common with House of Leaves than the Aksys’s usual crop of sci-fi mind-twisters or bog-standard dating sims. Though the app that serves the story is far from perfect, its wealth of in-jokes, non-sequiturs, and bizarre endings make the title worth a download, even if getting all of the forty-something conclusions to the story can occasionally seem tedious. 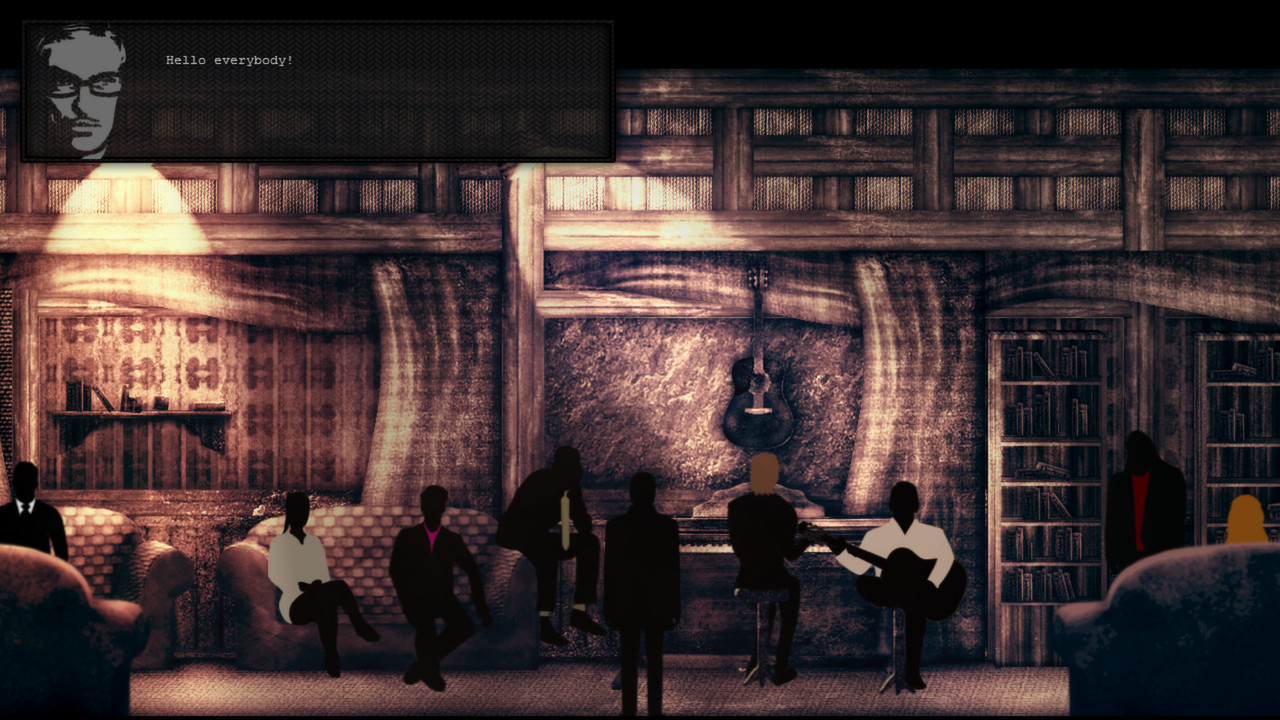 Silence of the Sleep

Silence of the Sleep crossed my way a long time after its official release in October 2014, when I found myself bled to a moral death by the relentless superficiality of triple A games like Shadow of Mordor. When I entered the world of protagonist Jacob Reeves, who killed himself and now wanders through an afterworld searching for the meaning of life and his personal past, I instantly fell in love with the art style and atmosphere: As a silhouette I wander through a surrealistic world inhabited by visions, wishes and strangers who offer quests as well as answers to my urging questions: Why am I here? How can I end this? Am I actually supposed to end this journey?

It’s impressive that only one programmer, Jesse Makkonnen, created this game without any weapons or shoot-outs. It’s all about avoiding, hiding and negotiating. The puzzles are challenging and the game won’t offer any help, but as soon as the player approaches Jacob’s past and gets to know him better, they become easier to solve. Silence of the Sleep is not a game for every kind of player and that’s excactly why everyone of us should at least try to dive into the depth and the unbearable lightness of the death of Jacob Reeves.

Dominik Schott studied Cultural Studies for several years until he decided to do something meaningful. Now he writes about games and their cultural impact at the German outlet gamespilot.de, while his blog and Twitter serve as a place of intellectual nonsense and opinions about coffee.