When you see the term souls-like, what kind of game do you picture (once you’re done raging at how liberal the use of the term has become)? A third-person Action-RPG with an emphasis on uncompromising difficulty, vague lore and mechanics, maybe some pseudo-online features like seeing other players’ ghosts?

Hollow Knight may not come across as a devout souls-like at first glace, being a 2D metroidvania themed around the life of bugs, but I think that it encompasses the heart of the Souls games more than perhaps any other title to take inspiration from them, and that’s because more so than drawing from those popularized mechanics, Hollow Knight embraces the atmosphere of a Souls game.

The way it all comes together gives the game this quality, a sort of melancholic intrigue that’s more than just the sum of its parts, and it’s a vibe that really hooks me. The Souls games are some of my favorite games of all time largely because of this vibe, and that Hollow Knight can give me that while still feeling like its own game with its own sense of style made it an awesome experience.

Also the rest of the game is super good too, so that helped.

Ninox loves playing video games almost as much as he loves procrastinating making videos about them. 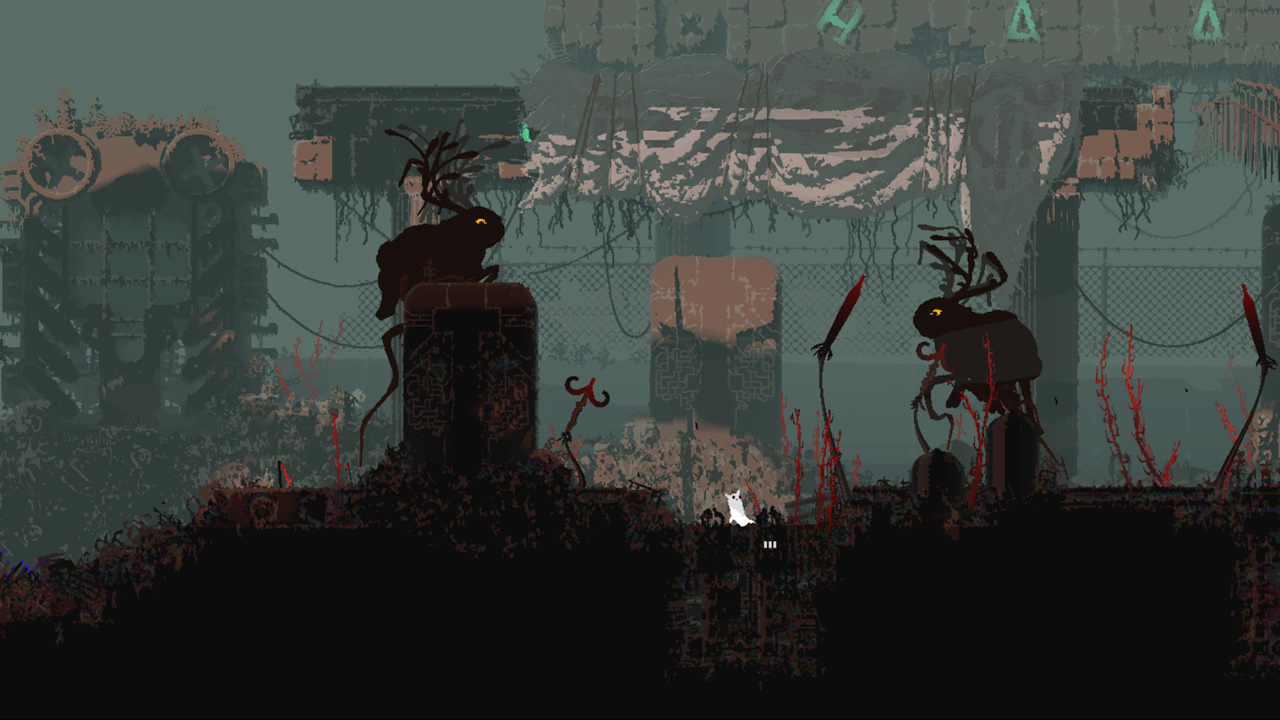 There’s a cross-genre appreciation for “difficulty.” We like learning from the things that killed us until they become mere nuisances as we dash ahead to whatever is killing us now. Rain World does not do this. Nothing in Rain World wants you to succeed, ever, and that remains true in every area of the game, all the time.

In Rain World, your slug cat is equipped with an arsenal of barely helpful maneuvers you are never taught. You need to eat, find a place to hibernate and, at some point, you might like to progress. Between you and all that are predators who are faster (always), smarter (often), and can appear suddenly and without notice. Do you wait for them to move on, try to dodge or fight, or go elsewhere? Pick an option, and you’re just as likely to be gobbled up by something on the next screen over as you are to find safety.

And yet, your foes are just as subject to the world and one another as you are. From them you might learn to light up a dark place or use a spear as a platform if you stumble upon one of them doing that thing at the right time. You uncover mechanics and story by accident as you play. You may never see everything; you could see almost nothing.

Rain World’s difficulty isn’t conventional, nor does it have wide appeal. But the sheer intelligent randomness of it all mimics predator and prey relationships, evolution, and the cycles of life in such a distinct way that I’m still thinking about Rain World despite my initial grumbling. Rain World might be the only game for which I’m willing to embrace pretension and say that its stupid unfairness is necessary for its themes to make sense. 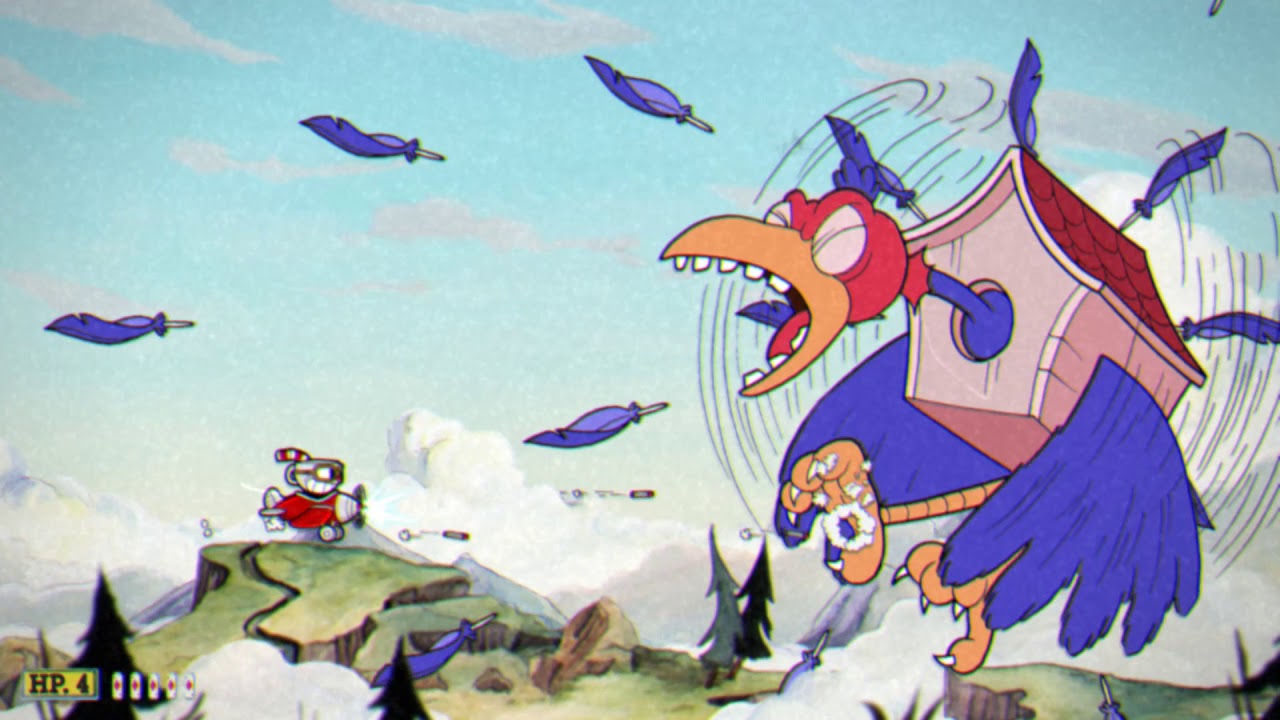 Cuphead is a difficult boss gauntlet a la Contra, but it’s not unlike learning a new language. It’s a series of foreign conversations betwixt you and your teachers (also known as the bosses). Each obstacle you face, challenge you overcome, and strategy you develop is another phrase for you to utilize in your banter. In the beginning, every word sticks in your mouth, and these bosses know much more about the vocabulary and dialect than you can imagine. They understand their own attack patterns and know how to survive in Cuphead’s harsh, cartoony world. And thankfully, they’re willing to teach you.

Do you know how to parry? Can you manage your health pool, and dodge bullets on the fly? Don’t worry, Cuphead’s early bosses will make sure you learn these key terms. You’ll grapple with syllables and contexts; how exactly to use each new tactic, and when to use it. But repetition is key. After a few lengthy study sessions, you’ll be able to form your first sentences. Dodge the bullets, parry the pink blobs, and look out for the boss’s finger waggle. Before you know it, you’ve learned everything this teacher has to offer, and you’re on your way to the next.

Cuphead is a satisfying conversation between you and the game’s world, where your every input is a locution of the soul. You build a vast library of strategies and maneuvers, which you utter in response to every boss’s question. By the end, each alien word rolls naturally from your fingertips, carrying you through the dizzying classrooms of all your teachers. Cuphead is a foreign vocabulary test, and lord, does it feel phenomenal to receive a passing grade. 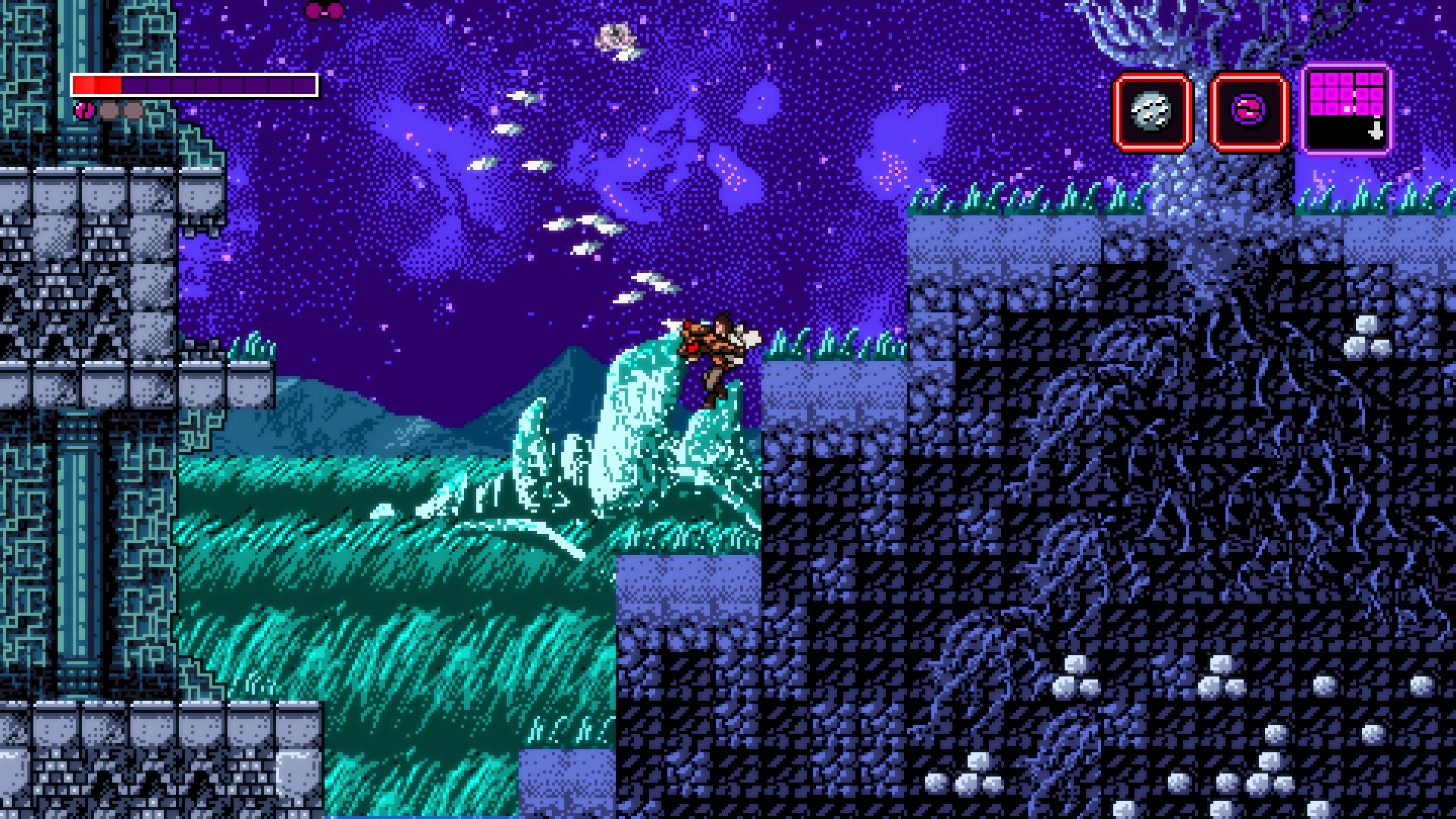 The videogame industry seem to be in a perpetual state of nostalgia. No matter how crisp or innovative modern games have become, players continually ask for re-releases or updates of their favorite childhood games. The problem with nostalgia, however, is that you can’t always return to that feeling you remember. You’ll never experience something again for the first time, you can only echo what came before.

Originally released in 2015, Axiom Verge came out for the Switch in October. Developed by Thomas Happ, it nakedly professes its love for Super Metroid. I spent the last several weeks of 2017 unlocking every part of the map, acquiring new weapons, beating giant bosses, and repeating the cycle. I finished it three days before the year ended. It evoked a sense of nostalgia in me in a way that videogames usually don’t.

Growing up, my older sister and I happily played co-op games together and begrudgingly took turns in solo outings. As the younger brother, I often struggled to solve puzzles and would only move forward by watching my sister progress on her own. With her solution memorized, I would quickly boot up my file and replicate her actions.

This was especially true in Super Metroid. My sister devoured Super Metroid. I was terrible at it. To move forward, I spent hours sitting on our couch, watching her unlocking new parts of the map, acquiring new weapons, beating giant bosses, and repeating the cycle. Where she got stuck, I got stuck. Axiom Verge couldn’t transport me back to playing Super Metroid with my sister in 1994, but it came close.

Christopher Sawula is a digital humanities librarian in Atlanta, Georgia. He occasionally writes about history and memory in video games. You can find him on his blog and on Twitter. 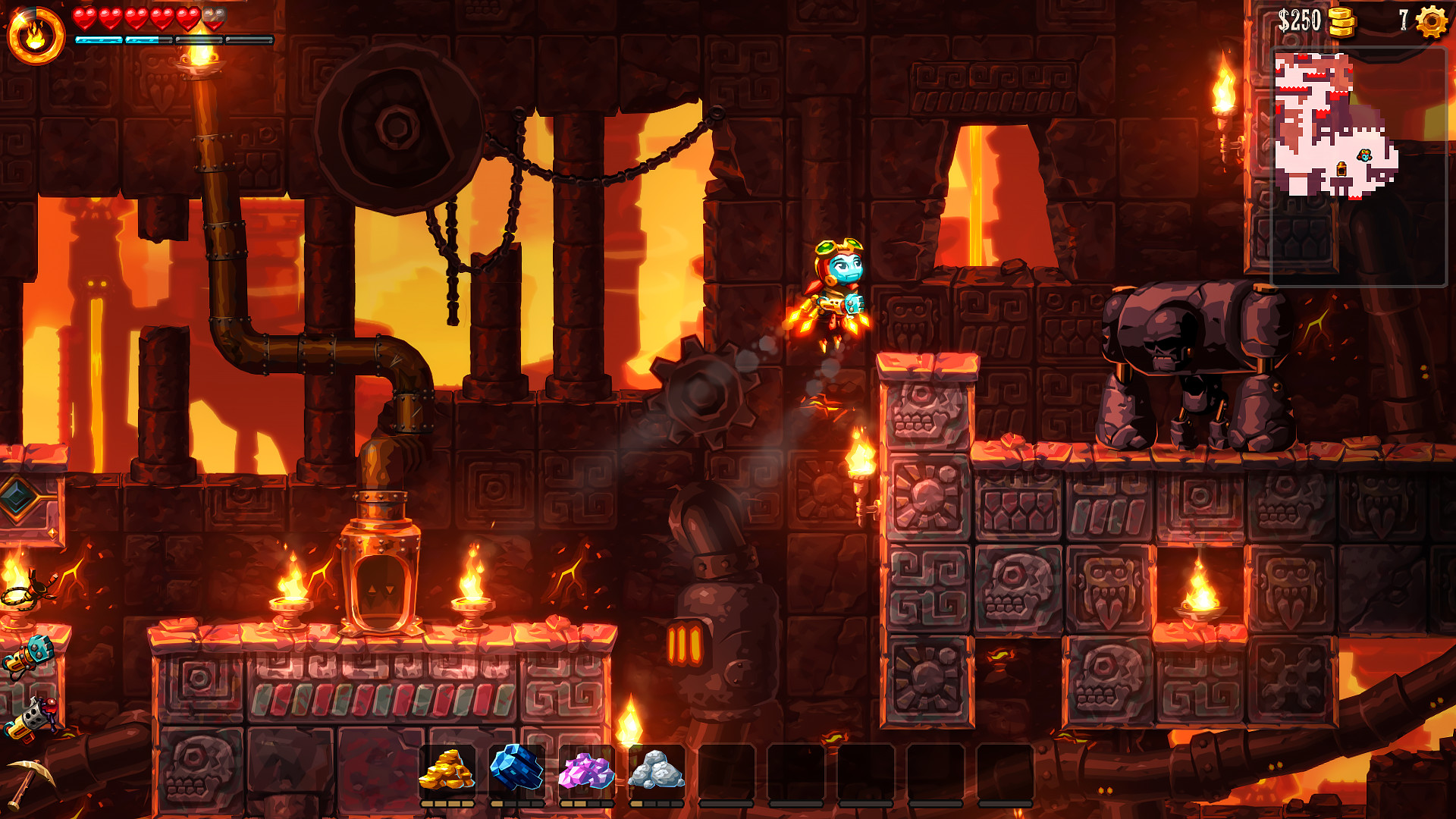 Steamworld Dig 2 is not special. But it is perfect. It’s a little game, slight even. If you judge it just by raw numbers, Steamworld Dig 2 doesn’t have that much to offer.

But the things it has to offer? Perfect. Every animation, every sound effect, every character and every puzzle, all held up by the most satisfying upgrade loop I’ve ever seen. Steamworld Dig 2 is no grand epic, but the toy box of a master craftsman: Unassuming at first, but with a meticulous, loving design to every little piece.

It also saved me.

This summer, my son was born. He was, and is, an easy baby. But he is still a baby, with all the sleeplessness and panic that comes with. And with no time for bigger games. But I had the occasional ten minutes, and Steamworld Dig 2 on the Switch. That game became my lifeboat – my safe space in a sea of OH GOD WHEN WILL I EVER SLEEP AGAIN? To have that toy box right there, for distraction and comfort, might have really saved me.

2017 was a remarkable year for games, one we as a community will remember for a long time. And so will I. But not for its grander, more flashy games. But for those few weeks late in the summer I spent with my perfect little son and a perfect little game.

Tobias Hanraths is an editor with the German news agency dpa.