Today we are touring virtual playgrounds and sandboxes with Horizon Zero Dawn, Heat Signature, The Long Dark, Breath of the Wild and Sky Factory 3.

When Horizon Zero Dawn was announced, it felt as though I was the only person who wasn’t sold on robot dinosaurs alone. Not only was it my biggest surprise of the year, I would also consider it the best game of 2017.

My skepticism was whether or not the developers could deliver a satisfying answer to the questions of why, when and where this story was taking place. The game follows Aloy, an outcast of the Nora tribe since birth. She has trained solely to discover the truth about her mother, but ends up unraveling everything. The origins and mythos kept my attention throughout. I found myself wondering about the evil entity Hades and the implications of his name.

As important as Aloy is, this is just as much Elisabet Sobeck’s story. What’s even more impressive is that her character is almost entirely revealed in documents, audio logs, and holograms. The performances were compelling and Horizon Zero Dawn never breaks under the weight of its ambition. The overall plot always felt sincere, reasonable answers were given and it ultimately sticks the landing in an impactful way.

This game has a lot to say about what it means to be a woman, a mother, and a daughter. It sparks questions about the role genetics play in who we are versus our environment. Does having too much knowledge pose a more significant threat than the desire to attain that knowledge? Are some things simply fated to be? In one specific journal log, Elisabet ponders how everything could have fallen apart with just one small, different decision. Oh, and those seemingly arbitrary collectibles? Perhaps some hold a deeper meaning.

I am excited to see what Guerrilla will do next with Horizon. It feels like there is so much left to uncover. Plus, as it turns out, fighting robot dinosaurs is great.

Beth is technically an adult, currently navigating the waves of life outside of Cleveland. You can find her on Twitter for random thoughts on what she is playing and watching. 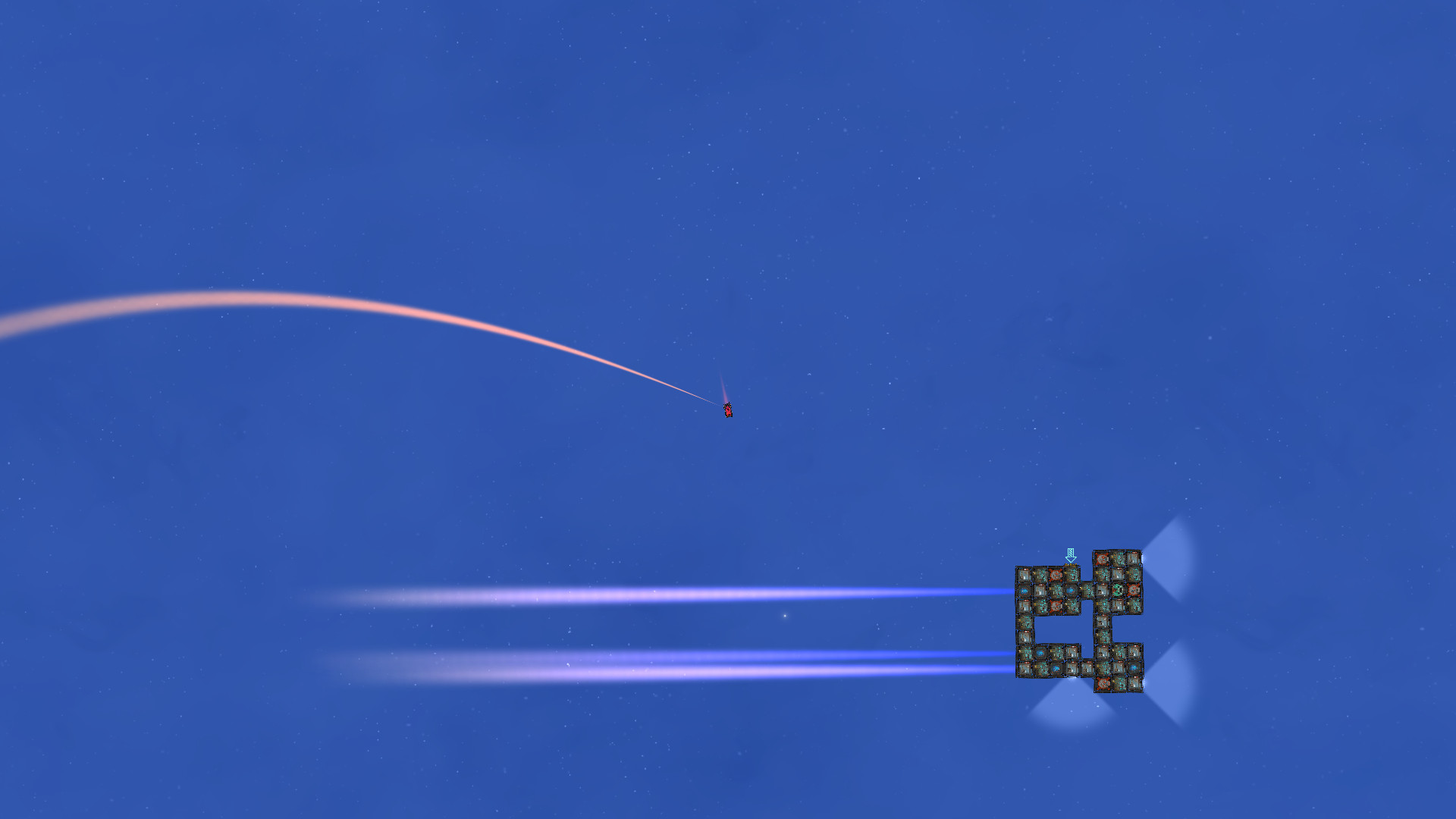 Functioning like a procedural, sci-fi Hotline Miami, Heat Signature provides a wide variety of weapons, teleporters, and other delightful devices to help your scrappy warband take over the galaxy in the interest of peace. Your experience is going to be tied to how many wild stories you can pull out of it; here’s mine.

I love melee weapons, and I love non-lethal weapons. Imagine my delight when I met the Concussion Hammer, a non-lethal sledgehammer (band name available) with enough power to knock someone through a transparent aluminum window, into the extremely lethal vacuum of space.

So I’m cruising through an Offworld Security ship, smacking people down hallways the long way, when I realize: the dude I just knocked into space is definitely the one I was supposed to capture alive, and it’s worth another forty bucks if he’s still breathing.

I’ve got about ten seconds before his air runs out. So I dash into the next room and smack a guy out the window while I’m still in the room. This sucks us both out of the ship, floating through the void. I switch to my ship’s remote piloting, scoot over and pick up myself and the target, just in time. Apologies to the third fellow.

Heat Signature, at its best, feels like issues of the world’s raddest space-pirate comic book. Its confluence of hand-wavy mechanical extravagances creates an impossible swirl of Cool Things That Can, Nay, Must Happen, and it provides just enough contextual maintenance to dodge accusations of nihilism. We’re Freedom Fighters, dammit, and if we have to blow an entire ship’s worth of rent-a-cops through an airlock to Fight for Freedom, well, neat.

M. Alasdair MacKenzie is a local media critic of small consequence whose work can be found at Sharkberg and on Twitter. 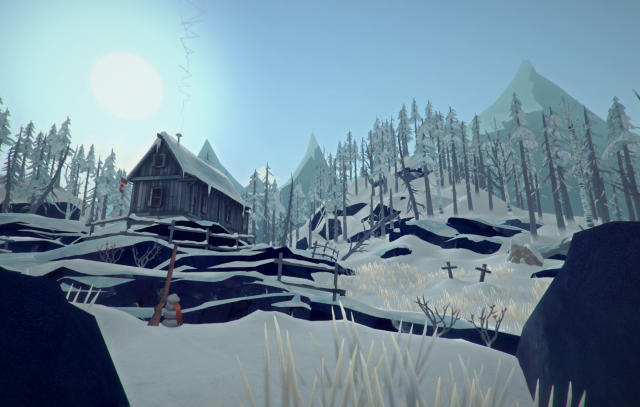 Though it’s been playable via Early Access for years, in August Hinterland’s The Long Dark released the first two episodes of its “Wintermute” campaign. Billing itself as a “quiet apocalypse,” The Long Dark succeeds brilliantly in setting itself apart from the rest of the crowded post-apocalyptic genre. From the stylish painterly aesthetic – much more appealing than another three-dozen shades of drab brown – to the minimalist music and judicious use of ambient sound, it seeks not to bombard you with danger and violence but to pierce the veil and provide the player room to wander and contemplate their place within the wintry forest.

The story is certainly an enjoyable diversion, but the survival sandbox continues to be the most compelling draw. The granular difficulty settings allow players to finely tune their experience from bitter struggle for survival to a chilly stroll in the woods. It’s at this less challenging end of the spectrum the game really shines, providing a refreshing change of pace from the epic adventures and heroics that have become commonplace. Instead, it’s the quiet poetry of a single survivor making their way amidst an indifferent world, a wilderness that has simply stopped caring about humanity. Against that backdrop, the chance to huddle in a remote cabin, lit only by the fire that warms a cup of coffee and a can of peaches, there’s a certain sense of peace and belonging that’s far too uncommon in this kind of game. Fortunately, we don’t need a freak magnetic storm to wipe out all technology to find that peace; thanks to Hinterland we can just start up The Long Dark and wander the snowy Canadian wilds whenever we want. 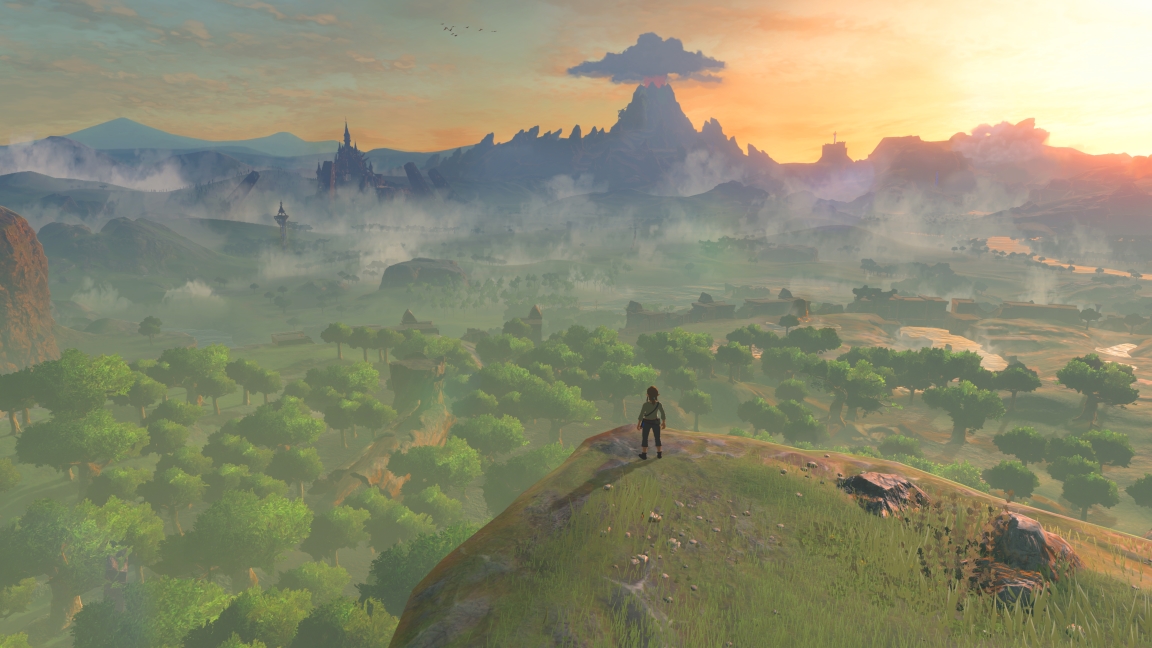 Breath of the Wild

If there was ever a sentence to summarize Breath of the Wild, it would rest in how perfect the titular wild is. Hyrule has always been a landscape of creatures fantastic and secrets abound, but it’s never been so ceaselessly pretty. Breath of the Wild is a game about heroes, princesses, swords, bombs and horses, sure, but it’s also a game about a world full of wonder.

Wonder, in the same sense that a toddler would experience when brought into a new room for the first time. There are slopes that players can slide down. There are plants that can be burned. There are enemies to be smashed, or exploded, or shot, or dodged. There are rivers to drown in. There are horses to tame. There are foods to pick and cook. Recipes to uncover. Secrets to discover. Strangers to meet. Towns to build. Homes to claim. Scientists to perplex. Leviathan Skeletons. Giant beasts. Mazes. Mountains. Forests. Caverns.

Hyrule is beautiful, in a way few games seem to connect with. Hyrule doesn’t require the player’s input, it is a world teeming with opportunity for anyone and everyone, including its protagonist, but it doesn’t need Link to be complete. The world is exactly as gorgeous in the beginning as in the end, a paradise of experience to be climbed. To be surfed. To be fought. To get lost in.

Breath of the Wild is like finding childhood again. A little too gorgeous, a little bit dangerous, but somehow perfect. 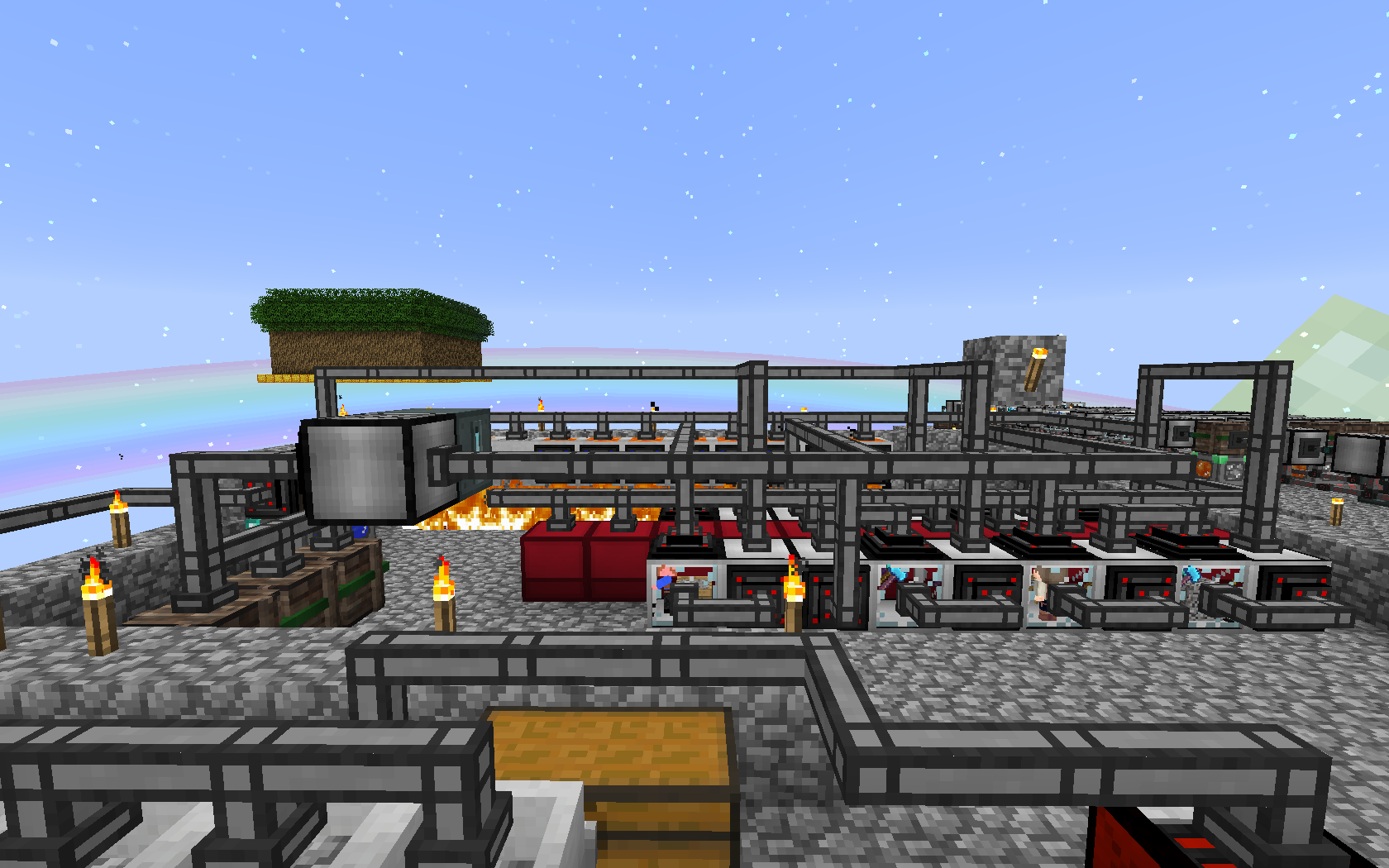 Sky Factory is a collection of mods that flip Minecraft on its head: instead of strip-mining a procedurally generated blockworld for resources, you start the game in empty space with only a single tree and a single block of dirt to support you. Basic materials like stone now need to be created through a variety of complex processes, many of which can be automated over time as your floating empire expands.

You’ll find a lot of new stuff in this modpack compared to the base game, but the real appeal of Sky Factory isn’t in the lasers, the jetpacks or the nuclear reactors, but the way it forces you to think about space and design. Vanilla Minecraft is a wonderful game that allows you to build just about anything you put your mind to, but it also doesn’t give you any reason to do so. Unless you’re the sort of player who enjoys putting together purely aesthetic megabuilds – like a scale model of the Death Star – most of your creative energy in Minecraft probably goes into building relatively similar houses in Survival Mode: a bedroom, a crafting area, plenty of storage, a library for enchanting items, a potion stand, maybe a small farm out back.

Not only does Sky Factory ramp up the number of functional areas you need to cram into your virtual living space, it also forces you to actively think about how they should be designed and arranged. Because there is no pre-existing landscape, you can’t just cut a hobbit hole into the side of a mountain and call it a day. Every single addition to your base requires careful and deliberate action. Before you can build anything, you need to lay a foundation, and that inevitably gets you thinking about how big a particular area needs to be and what other plans you have in that corner. Before you know it, you find yourself making plans to restructure your ore processing plant so it will connect directly to your furnace.

Joe Köller used to write about games, but he recently pivoted to video. You can find him on Twitter.