If you ever heard about Kingdom of Loathing, you know where this is going. The stick figure browser game by developer Asymmetric never offered much in the aesthetics department, but made up for it with fantastic, weirdly culinary humor. In 2017, they put their pastamancing efforts into a wild, wild West scenario: Basically, it’s Dungeons and Dragons with stick figures wearing cowboy hats. Cow punching, snake oiling and bean slinging itself through the vicinity of Big Apple (which is, obviously, the worlds biggest horse turd), West of Loathing is a comedy RPG not afraid of ripping off anything vaguely American. Herds of Cows? Please, they are demonic here. Lovecraft? Classic Great One cosmic horror, but with iPhones. Twin Peaks? Did I mention the Great One is called BOB and his eternal opponents were pretty good with a coffee machine?

There’s not much going on visually in West of Loathing except for a few very charming walking animations, but the real deal of Asymmetric always was their writing. You spend a lot of time reading between your classic dose of turn-based RPG fights. And you will laugh so hard your Stetson will fall from your head and you’ll have to put on a silver-plated turnip.

Pascal Wagner is the indie games correspondent on Germany’s oldest gaming site, Polyneux. He’s also researching video games and language at Language at Play since he can be a huge nerd about linguistics. Add him on Twitter and tell him that you, like him, still own a PlayStation Vita. 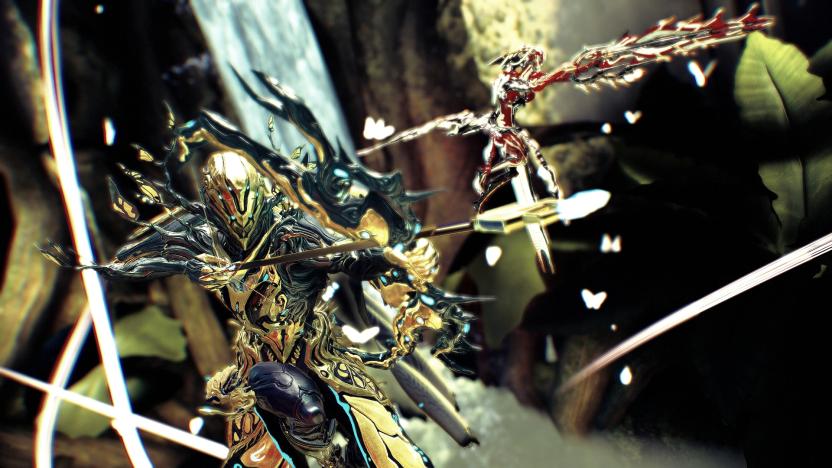 Warframe has come a long way since it was initially released in 2013 and many players, including myself, have returned to the game in 2017 for its plethora of new updates. From new characters, weapons and quests to a completely new open-world-style map, Warframe was the game I turned to this year when I wanted to relax with friends, kill a bunch of enemies and look stylish while doing it.

On the note of aesthetics, the game is also gorgeous and feels great to play. There are loads of customizable options for your frames and the parkour-style movement controls are some of the best around. A lot of my time in Warframe is spent on customizing my characters and weapons and using the in-game screenshot tool. Warframe‘s consumer-friendly F2P systems have also been refreshing in a year where loot boxes and micro-transactions have come under fire.

2017 was undoubtedly the best year for Warframe yet and there is no sign of any stop to the regular updates. I am looking forward to seeing where this game goes next.

Alexandra Orlando is a freelance writer and editor. She is also a Twitch streamer and Warframe partner. She can be found on Twitter. 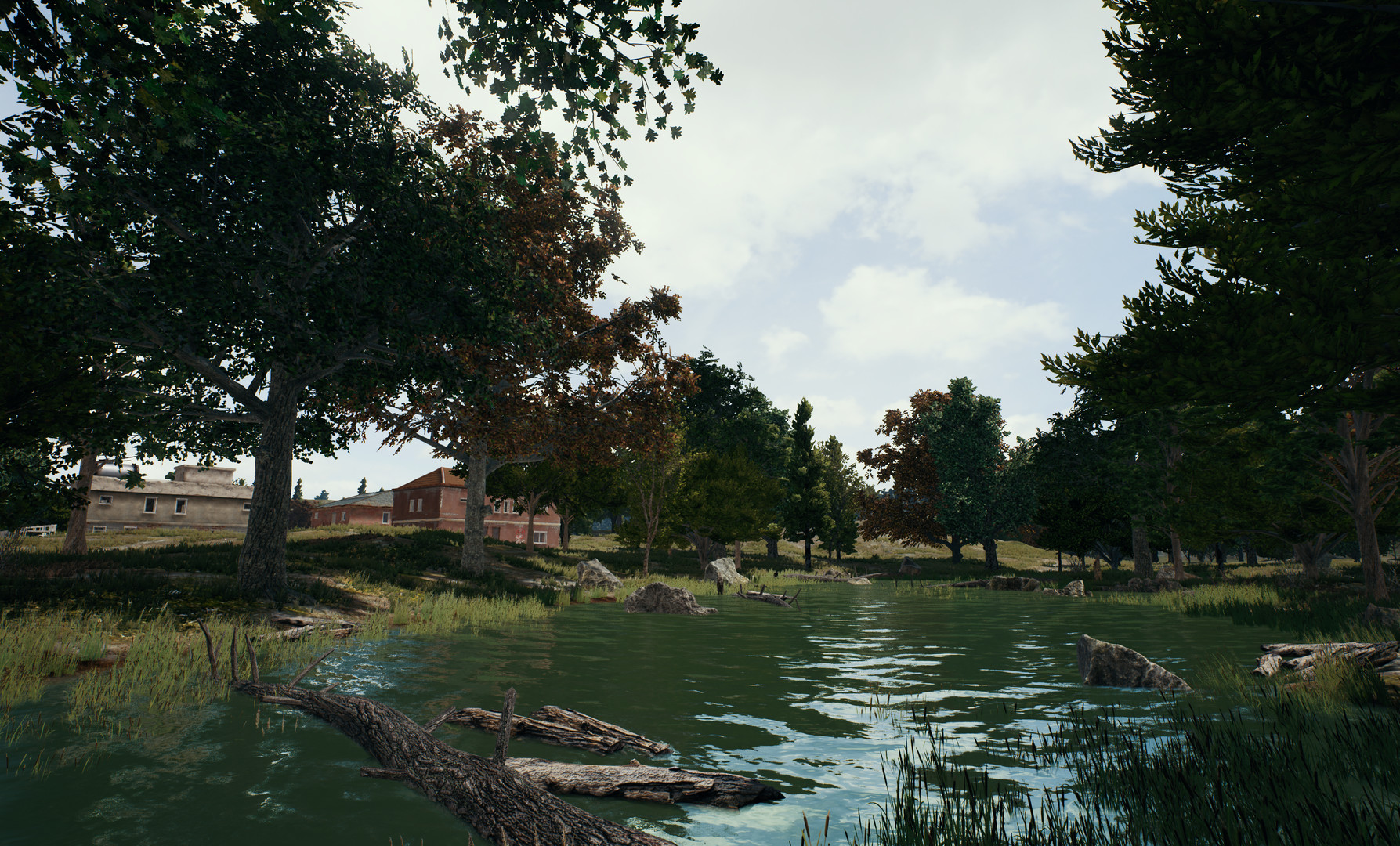 When has the biggest shooter of the year ever been this meditative? Sure, PUBG has all the wham-bam-thank-you-ma’am stuff that makes it such a smash for the streaming and video crowd: lethal firefights, high speed car crashes, artillery strikes, headshots from a mile away. And it’s pretty good at threading those things together into a compelling narrative. It’s fun! We all get this.

But the real magic of PUBG, and the thing which is so wild to see all the major publishers doing their best to copy, is the space in between – between the players, between the events. This is a first-person shooter with the pacing of a Tarkovsky film. So much time is spent in a mode that an observer could mistake for a walking simulator, with the player traversing the landscape, studying it.

PUBG‘s terrain is picturesque, but it’s also violently, terrifyingly alive. Any window, any tree could conceal a killer. It sounds stressful, and it is, but let me tell you: there is something sublime there, too, and that’s why this crash-prone shooty game is among my favorite works of art from last year. This game is twitch highlights and ammo types and jump scares, yes. But it’s also a process of getting comfortable with the sound of faraway gunshots. It’s an uncertain feeling that comes when you see a single door hanging open. It’s a winding road under a blue sky, the almost imperceptible swaying of the trees. It’s solitude, deeply felt and deeply fragile.

Fully take in every moment, PUBG seems to say. Just because it feels slow doesn’t mean you can’t engage with it. Boredom is your most dangerous enemy. When you keep your eyes this wide open, your perception expands – and the game’s famous dread comes right alongside its unsung beauty. 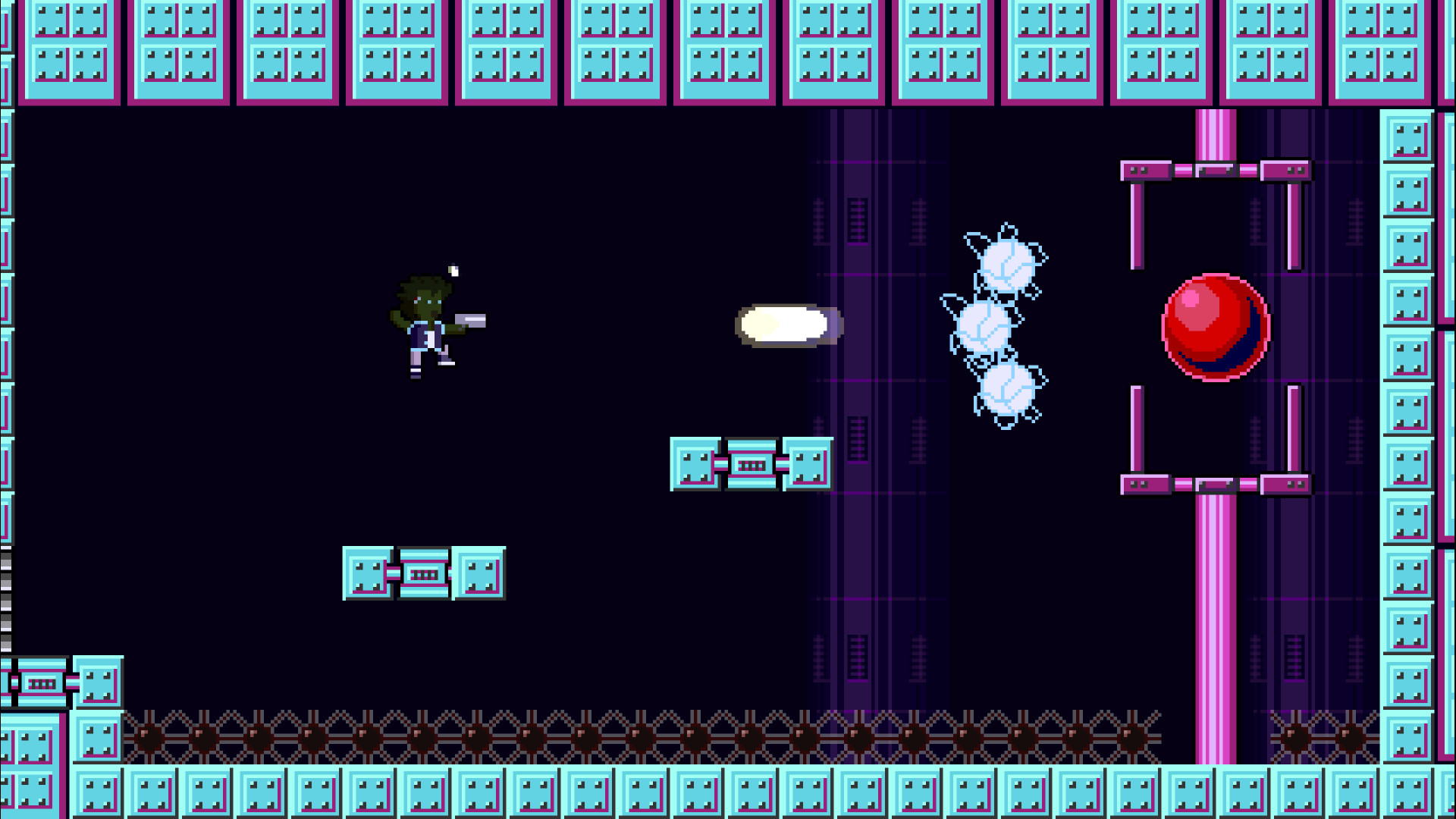 Splinter Zone is happy to wear its inspirations on its sleeve. Its colorful robotic foes and slightly-awkward ladders, its unforgiving jumps over bottomless pits – harried by passing mecha-birds – invite comparisons to Mega Man, but it’s fast and fluid in a way the blue bomber never was. Equally it harkens back to the heyday of the Atari ST & Amiga, from the psychedelic demo-scene stylings of its menus to its Bitmap Brothers-esque soundtrack.

It’s a sparsely communicated experience, focused more on rapidly iterating through a randomly selected – and sometimes visually incongruous – series of run-and-gun stages than delivering a single polished obstacle course to be conquered. Stage gimmicks come and go, and you adapt on the fly or die, a single demise booting you back to the beginning of your run with nothing more than a score and a disdainful judgement of your performance.

Much like its inspirations, Splinter Zone demands much from the player. Mere competence isn’t enough; the limited margin for error demands memorization of its stages, while simultaneously denying the opportunity for easy pattern-recognition through its randomized nature. Bottomless pits and spikes kill with a single touch, while taking the slightest damage strips you of your hard-earned weapon upgrades, which otherwise can be traded for a brief burst of power but leave you significantly weakened in its aftermath.

Rob Haines is a writer, programmer, and ex-turtle biologist. His work has appeared in Unwinnable Weekly, Kill Screen & Eurogamer, and his short fiction was featured in the BFS Award-shortlisted science fiction anthology Tales of Eve. You can find him on Twitter or at his blog. 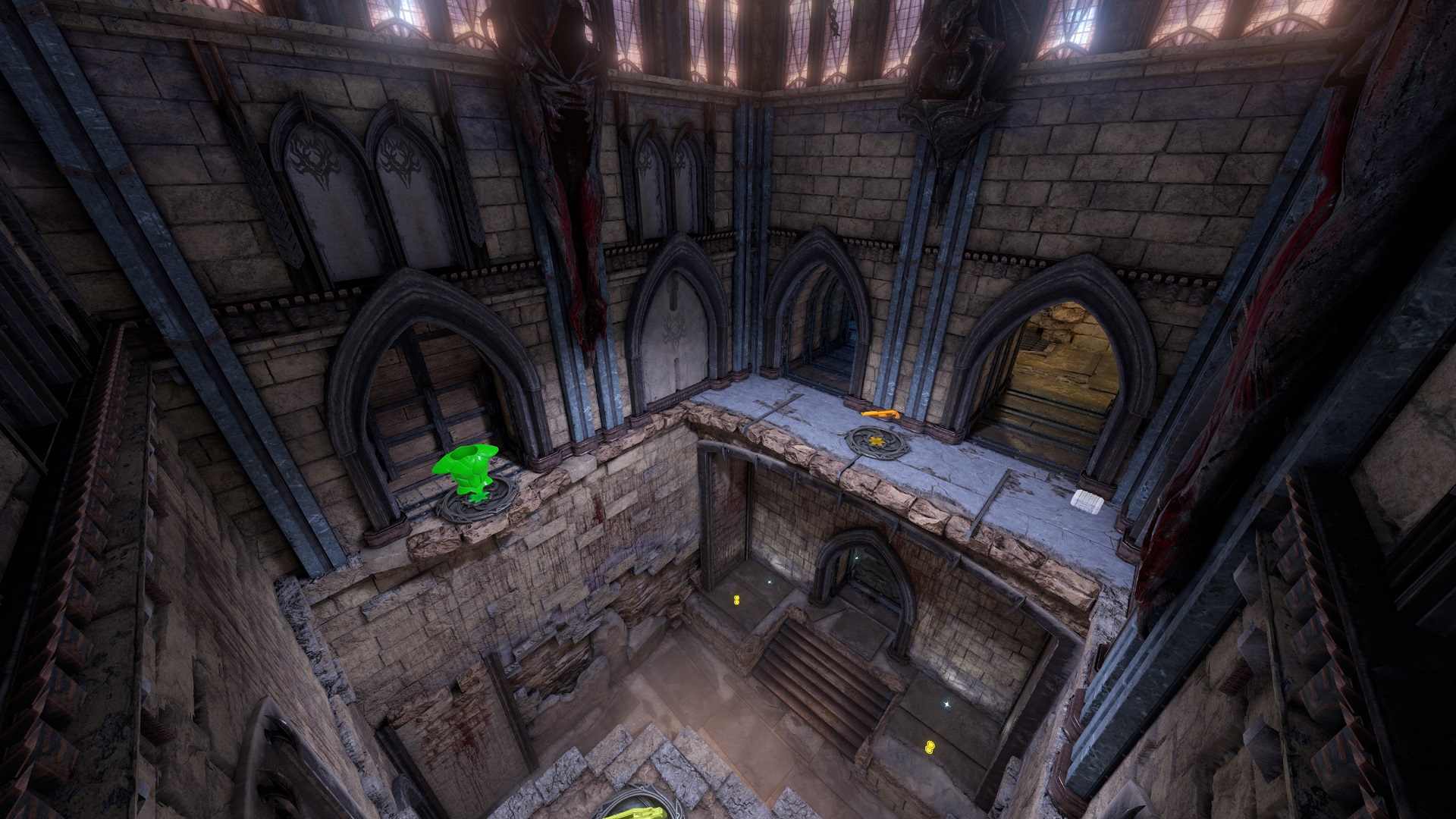 This one’s not out of early access yet, but Quake duels are an old favorite for my brother and me, so we jumped on it quick. So the question is: can Quake survive an unnecessary injection of MOBA-style Champions? Turns out, yes.

If these dumb characters all just had their different ultimate abilities on a cooldown timer, I’d say it was just an extra bit of noise. But the passive abilities, that’s where inspiration struck. These characters all move a little differently, and now we’re tinkering with the heart of Quake in a way that feels interesting, even respectful of the series’ history.

It’s a little like a Smash Bros-style compilation game. Anarki has the tight air control of the old Challenge ProMode Arena mod. Slash has that Quake 4 crouch slide. If the Quake 3 grenade launcher was for some reason your thing, Keel has a slick version of it. I’m still waiting for a grappling hook, though, and for a capture-the-flag mode to go with it.

As for duel mode, it’s still the best. They don’t make them like this anymore: a shooter about controlling the map’s resources, where your ability to move well earns you a leading position before you’ve ever fired a weapon. So much about the modern idea of eSports was born here, and you can still feel it. May it forever be impossible to fuck up.