Let us take you for a good, long walk with Knossu, Submerged, I am Bread, Home Is Where One Starts…, and Everybody’s Gone To The Rapture.

Horror feasts upon individual and collective uncertainties. Frequently, it constructs an economy of hope, which is carefully managed for the purposes of insightful terror. Knossu may cast us as oneironauts, the conscious travelers within a dream, caught at once in the mundane horror of repetition, the ragged tensions of pursuit, and a sudden deceleration culminating in frustration.

Fuzzy at the edges, the cubic architecture is only rigid and stable at first glance until the patterns become hypnotic in movement, and start to resemble visual static. Non-Euclidian physics permeate the nervous inescapability at the core of Knossu and mirror the labyrinthine turns and corners of the mind. Hunted by the invisible permanence of a strobing, white storm whose erratic patterns pierce the Doom-like level geometry without warning, it may appear futile at first glance to navigate these desolate landscapes in search for a way out. The anomaly is threatening and accompanied by directional static, so you always know that it is right behind you. Should the storm catch up with you, it will send you back to the crossroads, a mid-point in the dreamscape; it will also strip you of the cube of light you might have been carrying there, for a purpose unknown.

Knossu is dizzying and disorienting, its brutalist landscapes become transient from different perspectives, containing worlds where you would least expect them. 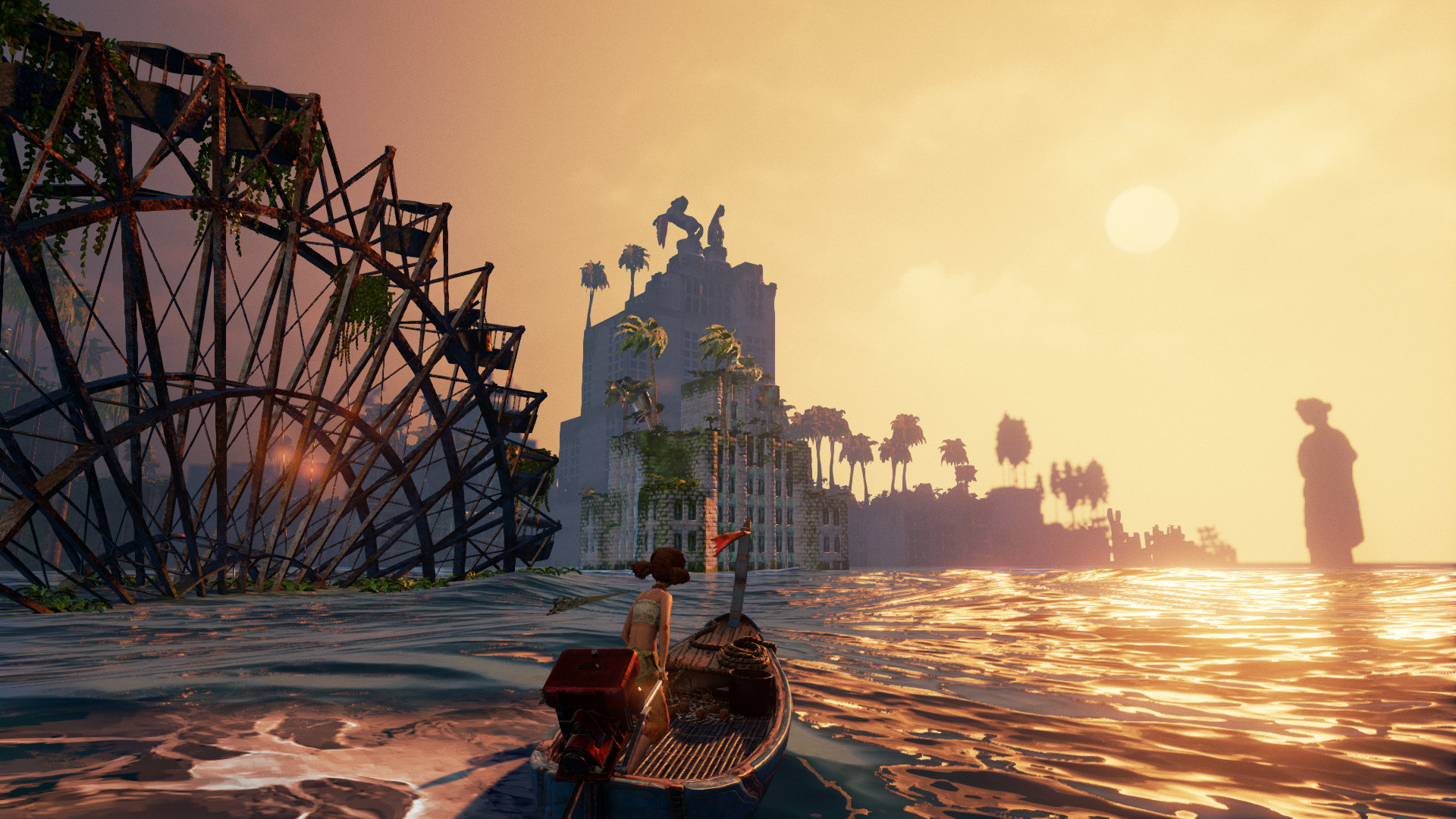 Submerged was released at a time when I really needed a game like Submerged. I had been playing a bunch of big, showy, and feature-packed games. I wanted something simple, short, and that would make me slow down. Submerged is all of those. It is a calming palate cleanser between the stream of over-packed, big budget games.

Submerged takes place in a sunken city, and it revolves around a young girl finding and retrieving medicine for her wounded younger brother. You do this by steering a boat from building to building and scaling those building to find medical containers. It is a fairly simple plot with straightforward mechanics, but that’s alright. The beauty of Submerged is not in its controls or story, but rather in its setting and atmosphere.

Exploration in most games really just means picking up all the collectibles in an area. Submerged doesn’t make exploration a task; it simply makes exploration desirable. I found myself wandering through the city not in search of loot, but just to be there. It doesn’t feel like a city created for exploration. It feels like a dead city; completely unaware of you. Through your exploration, you will receive crude paintings of specific landmarks and wildlife that you encounter. These are not aggressively pointed out, but rather happen naturally. I received a painting for a billboard, because I happened to see it and wanted to get a closer look. It wasn’t a highlighted marker on a map.

While the story and controls are good, it’s the atmosphere that Submerged creates that drew me in. I wanted to simply wander and explore of my own free will. Submerged gave me that opportunity. I had been encountering a lot of noise, and Submerged provided me a quiet place to simply be. 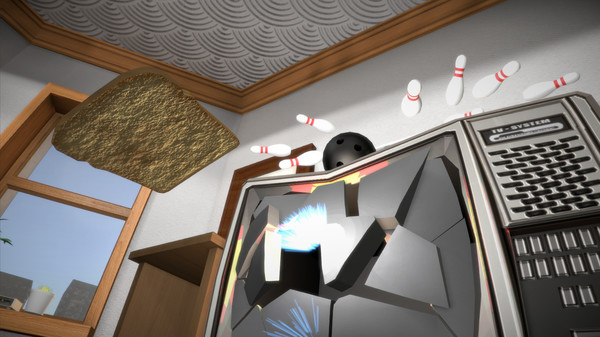 I am Bread looks like one of those games that trades entirely on the absurdity of its premise. It’s a game about finding the most ludicrous, roundabout ways to toast a sentient slice of bread. You do this by navigating various household spaces to reach an object or appliance that you can toast yourself on, ransacking the house all the while. It’s a very silly game, and a surprisingly well-realized and engaging one to boot.

Watching a slice of bread traipse about a living room is entertaining on its own, in part because of the difficulty involved with moving it around, but it’s the creative ways in which you go about toasting yourself that make it standout. Each room has a few options available. Standing lamps and heaters are the most straightforward options, and while its quite satisfying to reach those, they’re not nearly as inventive as, say, dropping a bowling ball onto a TV to break it, thereby using the heat it generates from short-circuiting to toast yourself. Or climbing into a car to turn on the ignition so you can lay on top of the exhaust vents. Or blowing up a gas station.

The creative thinking involved in discovering the more adventurous ways to become toast is what makes I am Bread so fun and engaging. To look at some innocuous household object and find its possible to use as a toaster is satisfying, doubly so when it takes so much effort to pull off. The results may not be edible, but whatever; you just used a car’s exhaust vents to make toast. I’d say that’s an accomplishment. 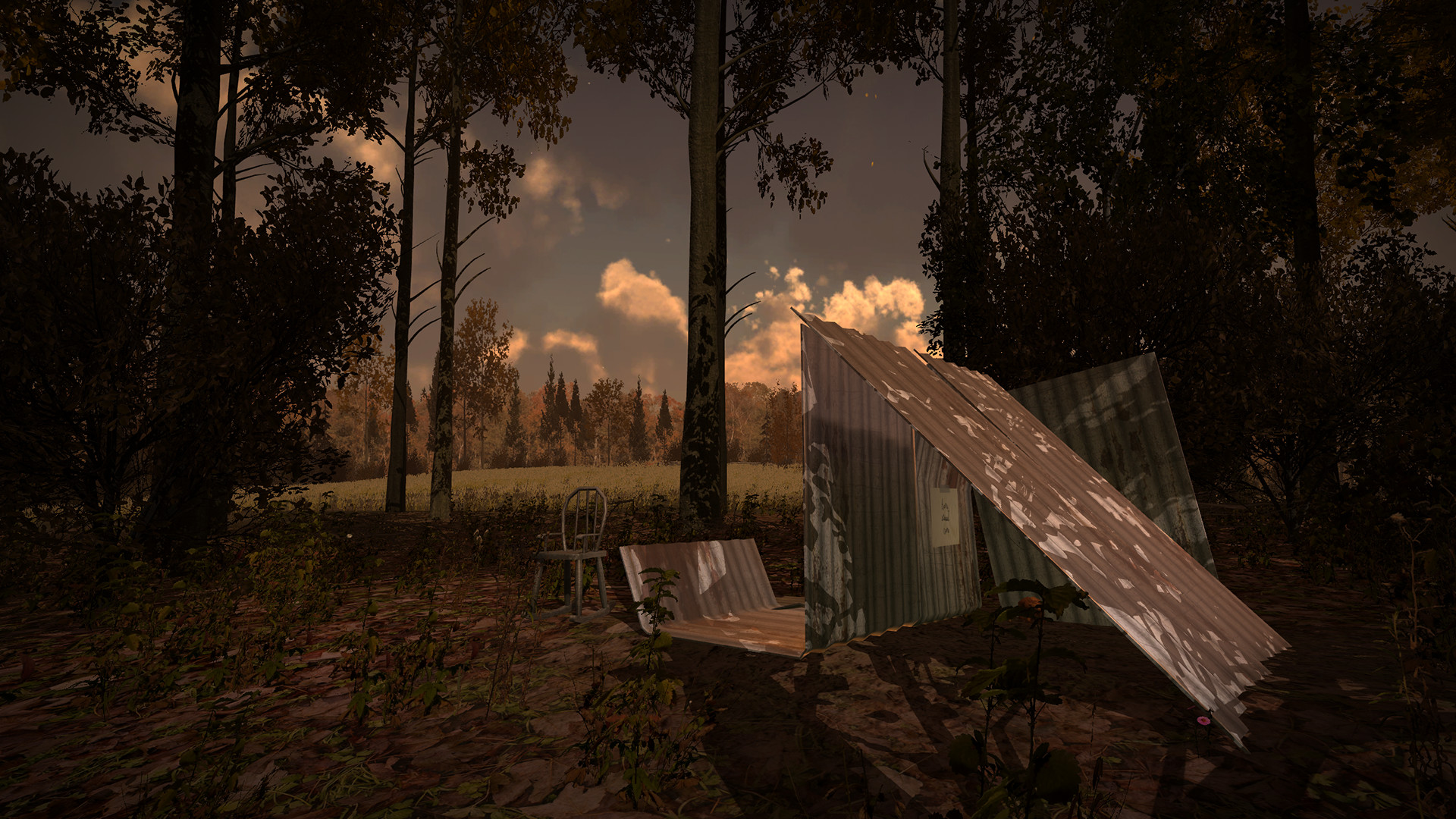 Home Is Where One Starts…

Home Is Where One Starts… by game developer David Wehle is about memory, particularly about remembering the past from a wiser, detached perspective in the present. Inspired by the T.S. Eliot poem The Four Quartets, from where the game gets its title, it shares Eliot’s insight that past, present, and future coalesce and that there’s a sense of continual returning because time is perpetual.

The game presents such themes through a pensive narrator reflecting upon her childhood in the rural American South. Opening on the image of a lonely trailer home bathed in crepuscular light and autumnal colors, the game follows her as she recalls her girlhood, asking the player to explore her deserted home as she remembers it. Wistful voiceover by narrator Elise Wehle provides meaningful vignettes as you stumble upon scattered objects and scenes, allowing the protagonist to reckon with a rocky childhood and savor the nostalgia of lost summers.

The proceedings are somber and even sorrowful, steeped in memories that quietly haunt her like a videogame version of a Sufjan Stevens song off Carrie & Lowell. Wehle’s imagery is bucolic and homespun, culling together golden pastures of wheat, shimmering fireflies, and origami birds perched on windowsills that gaze out at distant sunsets. The narrator muses that she feels that she’s growing up, casting the scene with the melancholy of time passing. Thus, the objects you interact with are for the simple purposes of contemplation; their significance is unspoken and unknowable to us. Such moments are not for the player but for the narrator, and we are simply present in her personal instance of remembering.

Suggestions of a backstory of alcoholic fathers and unfavorable memories emerge via broken mirrors, strewn beer cans, and overdue bills, but Home Is Where One Starts… manages to skirt the contrivances of generic melodrama. This is partly due to its emotional candor, but mostly due to a reserved, stripped-down presentation. Its sole misstep occurs in the last seconds of the game with an on-the-nose and gracelessly obvious explanation of its central metaphor and theme. Even if the game underestimates its audience, it still remains an elegant work that deserves recognition. If this is where it starts, then I’m looking forward to more. 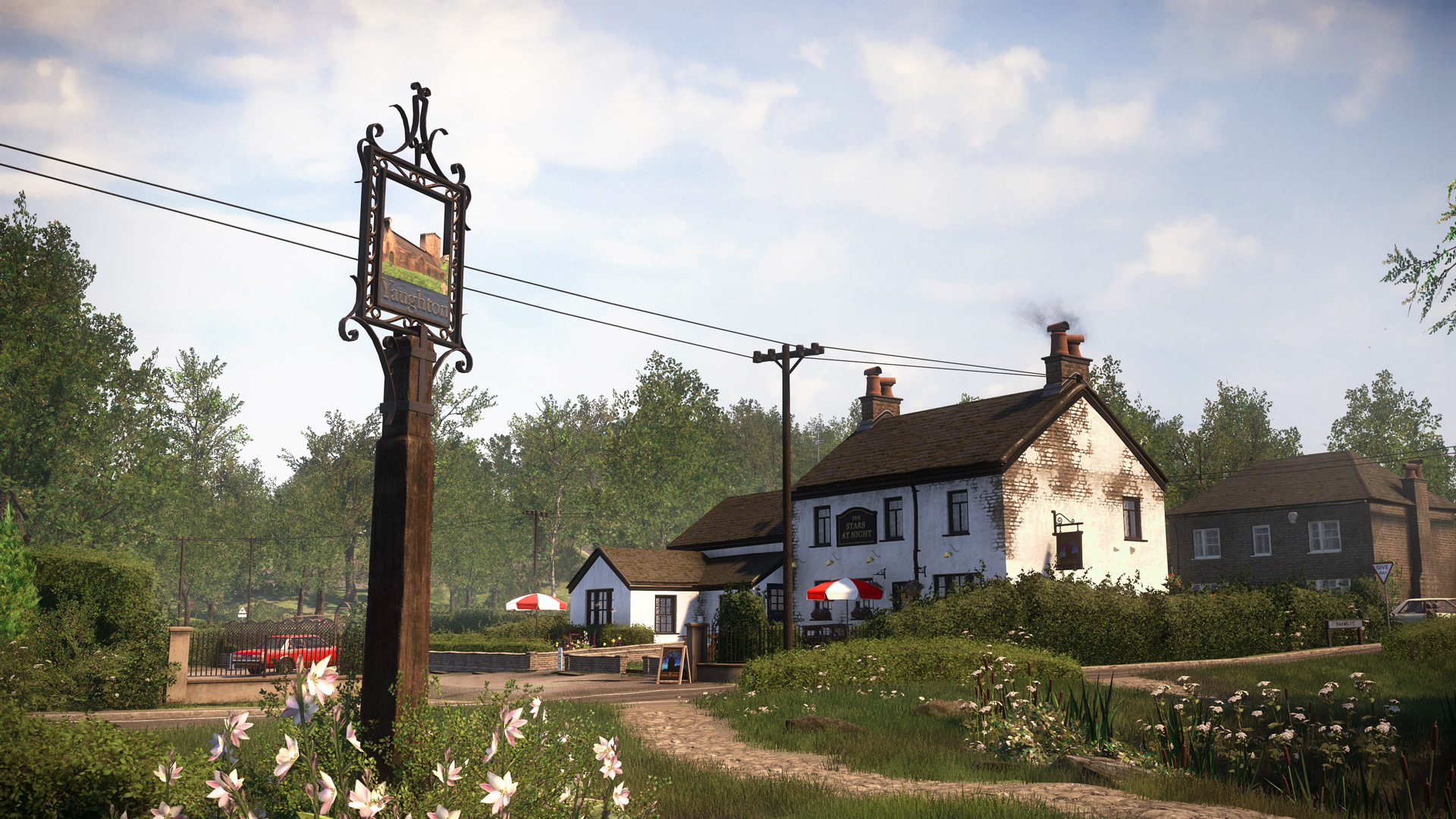 Everybody’s Gone To The Rapture

While Everybody’s Gone to the Rapture is a post-apocalyptic game, it feels different than most of the apocalypses I’m used to. It’s a quiet, unhurried, and eerily beautiful apocalypse, one that occurs in a small, seemingly idyllic, pastoral village in the English countryside from which the inhabitants have all mysteriously disappeared. Yet, their memory remains, for as we walk through the town – into pubs where half-finished pints still sit on the tables and past cars with turn signals still blinking – we encounter fragmentary abstract flashbacks, which allow us to attempt to piece together the stories of those who lived here and what happened to them.

The game is tranquil and peaceful in its construction of tragedy. Here, “the end” is not so much a frantic fight against undead hordes or the violent result of a nuclear holocaust as it is a quiet slipping away. As such, Everybody’s Gone to the Rapture isn’t scary or action-packed. There are no foes to be fought or puzzles to be solved. There is simply walking, looking, listening.

Solving the supernatural mystery seems to be beside the point. The game, instead, is about the messy lives of those who lived in this small community: the extramarital affairs, the estranged siblings, the loss of a spouse due to old age, the morally conflicted pastor. It’s these fragmented and intersecting storylines that make the game engaging, and, as a result, I found that my involvement with the game shifted as I played, shifted from initially wanting to find out how and why everybody disappeared to wanting to find out who they were before they went.

In other words, it’s the game’s exploration of loneliness, isolation, memory, and loss – and the manner in which it explores these ideas – that continues to make me think about its world.

Bianca Batti is a PhD student in 20th and 21st century American literature at Purdue University. She also writes about and talks about videogames, representation, and narrative as a staff writer and podcaster for Not Your Mama’s Gamer.

Tags: Everybody's Gone To The Rapture, Home Is Where One Starts..., I am Bread, Knossu, Submerged
← 2015: The Year of Stuff
Haywire Recruitment Drive →