We’re going behind the scenes today with The Beginner’s Guide, Clicker Heroes, The Magic Circle, Metal Gear Solid V, and Dr. Langeskov, The Tiger, and The Terribly Cursed Emerald: A Whirlwind Heist.

I’ve written, elsewhere, a longish look at The Beginner’s Guide in the context of modernist fiction and post-modern pseudo-autobiography, so I won’t discuss that here. I also don’t want to spoil what is a fairly linear, one-shot game as I think that it is something worth playing through and engaging with as it reveals itself. Although there is a certain amount of chatter surrounding The Beginner’s Guide that makes a truly blind encounter nearly impossible, I think the knowledge that there is a controversy over ownership and authorship doesn’t present a problem, but rather an intended lead-in.

This is an important part of how The Beginner’s Guide functions as a game: it is a puzzle-box in and of itself. The puzzle and its resolution happen in the space between the game and the player, not within the nominally magical space of the game as a playable object, but instead extending that magical space outward from itself, implicating the player and author in its creation and consumption. It is a particularly concise, and therefore powerful, example of the methodology of the walking simulator as a game form that explores the boundaries of technology and the relationship between player and played. It is, in places, flawed, but I enjoyed it immensely. 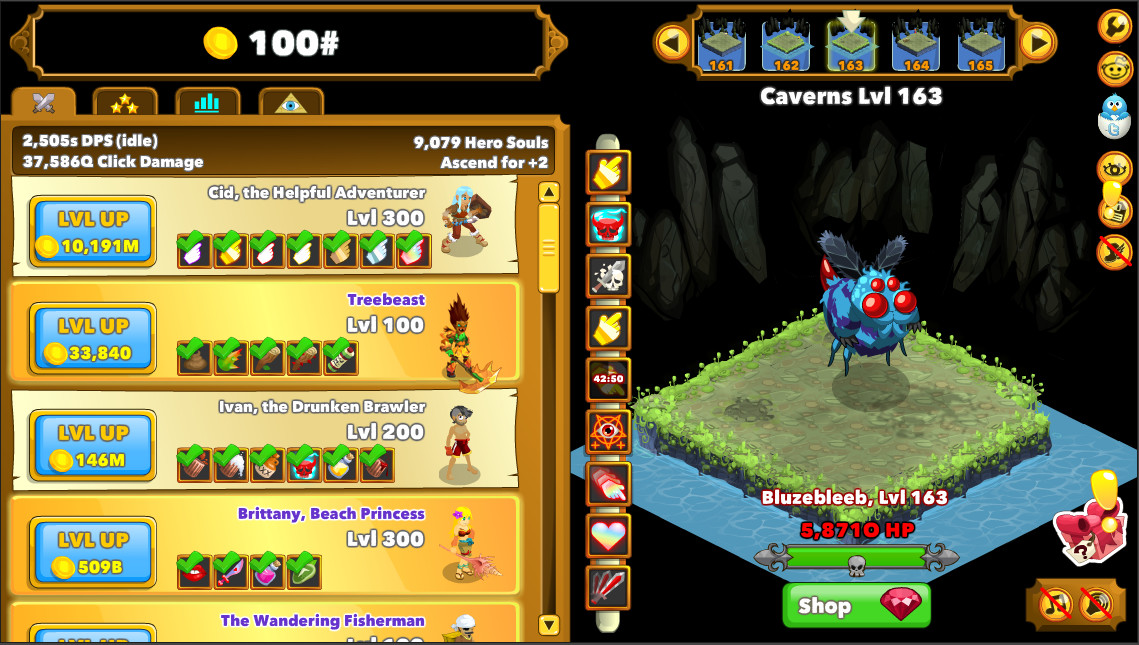 While Playsaurus originally released Clicker Heroes in August 2014, it effectively became a new game in 2015 after its release on Steam. Originally, Clicker Heroes was effectively a clone of Cookie Clicker that had been given a veneer of RPG elements. Over the course of last year, however, the developers added an upgradeable relic system, clans, hireable mercenaries, and quests to unlock items, gold, and skill activations. Taken as a whole, Clicker Heroes evolved beyond a simple clicker game and now requires a degree of strategy and planning. While one can still madly click on monsters to gain levels, the game at higher levels plays more like the recruiting minigames in the Assassin’s Creed series

As the game idles, you acquire gold to level up your team of heroes and periodically send out mercenaries to complete additional quests. Is it fun? Sort of. It feeds into the same basic loop that makes players sink hours upon hours into games like Borderlands or Destiny. You make numbers pop off the heads of an enemy, gain loot, level up, and repeat. The more accurate question might be: Is it a fun distraction? Most definitely. I’ve had the same game running since September 2015. I don’t intend to stop any time soon.

Christopher Sawula is the Director of Research and Academic Programs in the A.S. Williams III Americana Collection at The University of Alabama. His writing on video games has appeared on Play the Past, Critical Distance, and Rock Paper Shotgun. 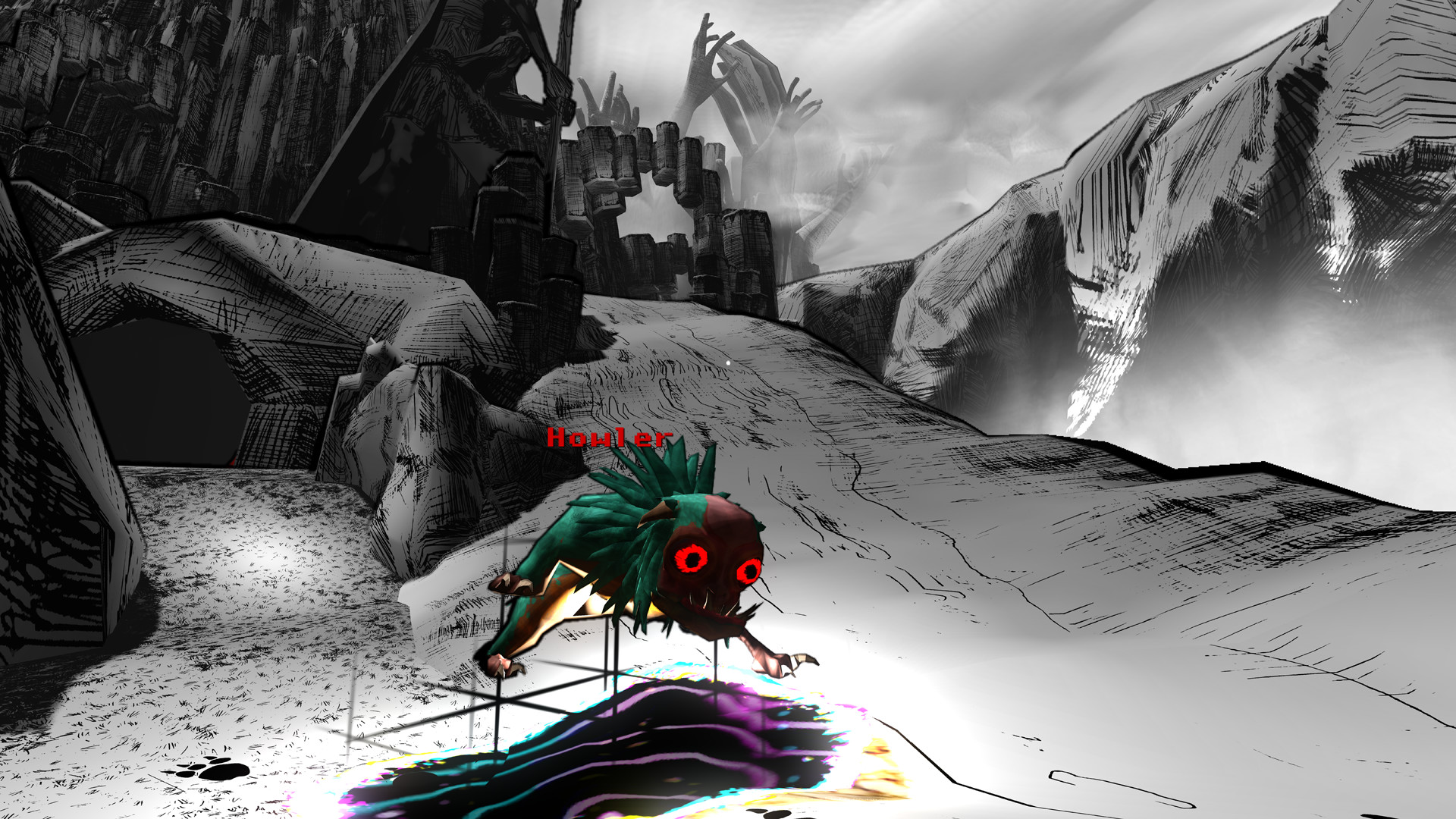 I met one of the developers of The Magic Circle at Indiecade, and we chatted about the game over the shoulder of a player. I told him how much I liked the game, and he told me, “People keep forgetting to keep going” as the first credits rolled and the player put down their headphones. I was surprised, not that they’d fallen for the game’s narrative feint, but because I couldn’t imagine why they wouldn’t want more of The Magic Circle’s hilarious, delightful world.

Ostensibly a game about creative failure writ large, The Magic Circle pulses with raw, deeply human emotions encased in grand schemes and over-the-top outbursts. I hacked a space rat, renamed her “Awesome Space Rat Friend,” and gave her the ability to shoot laser beams; later I made her into a teleporter and threw her around to traverse an impassable space. You can repurpose the game’s assets to any number of ends, but each choice feels creative and good-hearted. NPC variables can be exchanged to create vast armies of mushrooms or brain-swapping bugs, or you can fly around on one trusty snaggle-toothed dog. But all of this exists alongside serious questions of creativity and control, of audience expectations versus personal vision. For a short game, there’s so much packed into The Magic Circle that even the actual final credits felt like a trick, or at least a disappointment. It’s several games in one, each of them vibrant, heartfelt, and worth a look. 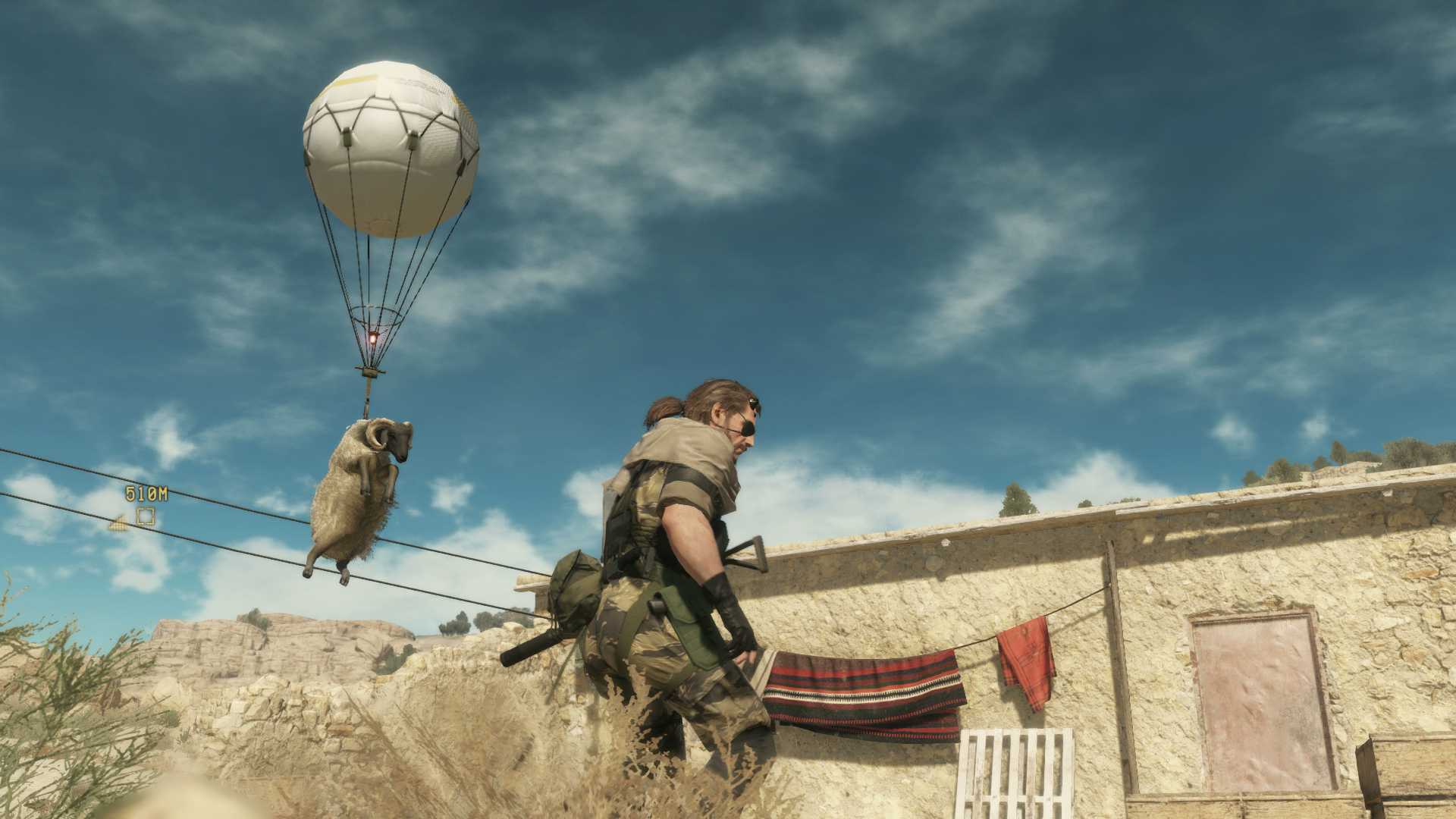 Metal Gear Solid V is a gift. Unlike a birthday gift, it is of the Bataillan kind, and it can only be accepted as part of an extreme sacrifice. Hideo Kojima and his eternally-harrowed team have given us a laundry list of things that we want: a sexually charged relationship between Big Boss and all of his bros, a mainstream critique of colonialism, a number of animals that we can save from a warzone. It references Moby Dick and its own sequels in equal measure. It knits the world of Metal Gear together ever-so-slightly while leaving huge gaps for interpretation and shoulder shrugging.

The Bataillan gift requires a sacrifice. One cannot accumulate forever. The boon of Metal Gear Solid V must be met with an equal amount of waste. The Konami and Kojima well has run aground on the shoals of contemporary game boosterism, although in different ways. We lost the auteur somewhere around when we were told to feel ashamed. We lost the company to the grey market.

We got everything we could want, really, and we had to drain both creative and industrial resources to do it. The extreme amount of development time and capital went right into the fire. Kojima’s ideas, extracted one after the other at-speed for twenty years, charred up one by one. We got the gift we wanted, and we paid the price for it as well. 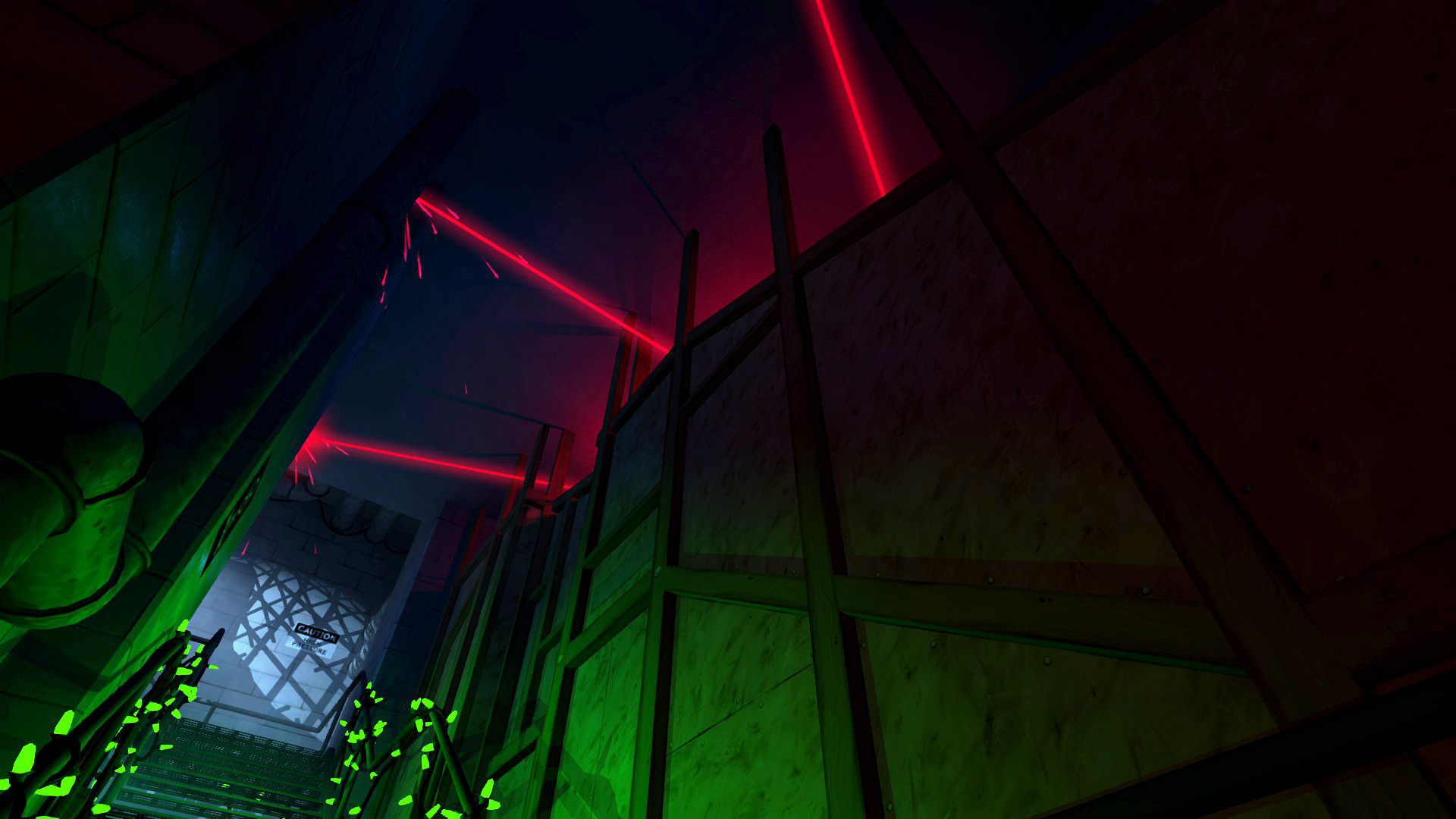 Dr. Langeskov, The Tiger, and The Terribly Cursed Emerald: A Whirlwind Heist

Dr. Langeskov is a videogame imagined as a stage production. You assume the role of a player turned stagehand. You were hoping to play the eponymous game yourself, but someone else is already inside, so you have to wait. But since no one’s around to help backstage, you get drafted to make sure everything goes off without a hitch.

You move about through various departments switching on lights, activating weather effects, and triggering set-pieces. Everything has to be operated by hand and timed correctly to ensure immersion isn’t broken. The whole thing is rather ramshackle, though. Buttons take multiple presses to register, catwalks break as you move along them, and the elevator button is just for show. It’s operated via a lever, a holdover from rehearsal apparently. It’s all very silly.

The game’s got a good sense of humor, its jokes stemming not from a point of “look at how busted this game is” but rather the absurdity of the situation. Everyone’s gone, things are barely holding together, and still the game manages to play out as expected. By all accounts, that shouldn’t happen. The entire production should be a total disaster – especially given what happens in the final stretch when things are literally falling apart around you – but it all somehow comes together. The game plays out as intended and you finally get to play it yourself – well, not you, but the in-game player. But given how fun and hilarious the events backstage were, I doubt the actual game could compare. If this is just a sample of what to expect out of developer Crows Crows Crows, then I’m especially curious to see what’s next for them.