The Other Screen: Writing History With Lightning

12 Years a Slave may not be Andrew Huntly’s favorite film of the year, but it is the most important. Spoilers.

Did you know Citizen Kane didn’t win the Academy Award for best picture? Neither did Vertigo, or 2001: A Space Odyssey. In fact, on Sight and Sound’s top fifty films of all time list, published in 2012, none of the top ten won best picture. The Academy Awards have never mattered to film history. Award ceremonies are fun and interesting and they inspire, but hindsight doesn’t stop for them.

So it’s odd then, that as we build to the Oscar ceremony of this year, there’s trepidation, perhaps even concern, in the air. Steve McQueen’s 12 Years A Slave goes head to head against the likes of Gravity, American Hustle and The Wolf of Wall Street. It’s tough competition, and they are all vastly different films. All hit high bars for quality, made by talented people with vision and daring. So what is it about 12 Years A Slave that makes it feel the most significant, most deserving? To talk about it, we need to talk about The Diary of a Young Girl.

Anne Frank’s diary is universally known. It’s a modern artifact of Nazi atrocity, read in schools by children of all ages. It’s a poignant, powerful and important book. In the simplicity of a diary, it helps readers understand that pervasive climate of fear. Reading Anne Frank’s diary is a deeply affecting way of understanding the world at that time, away from all the distant and didactic lectures given to us by documentaries, or inherently maudlin cinema and literature. Solomon Northup’s Twelve Years a Slave is a book of similar historical importance. Solomon was a free black man living in New York with his family, when he was kidnapped and sold into slavery in New Orleans, and eventually Louisiana. His book, dictated to and scribed by David Wilson, tells of Solomon’s life as a slave and all the brutality that took place. The most horrifying part of it is that brutality, degradation and dehumanization all eventually became mundane.

How Steve McQueen presents this story in a cinematic context is the adaptation’s greatest success. To look at a more recent film on slavery, Lincoln stumbled in that it became a painterly history lesson. It was so focused on the ideas of events and people that it lost the feeling of history. Lincoln was less a man and more a statue to be examined. His work lacked an emotional portrayal (despite bursts of Spielberg whimsy) and became more a deconstructive lecture. McQueen takes the opposite approach. While there are conventional plot beats and a throughline of narrative arcs for characters, 12 Years a Slave is a film constructed from tone and feel. 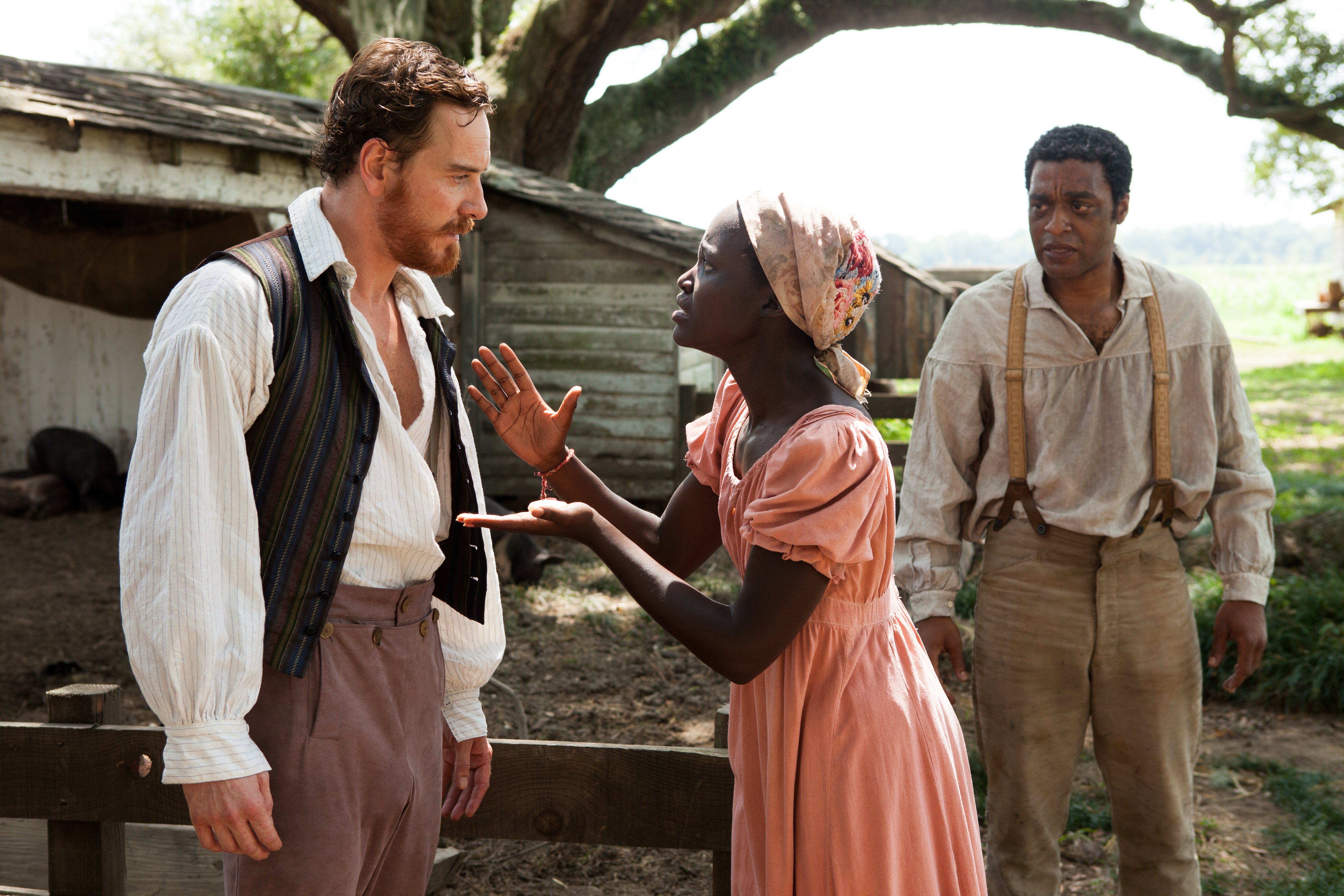 There’s a current of Malick that runs underneath the cinematography. Faces are all well textured and the locales have a beauty to them that makes the brutality much more uncomfortable. Shadows of trees coalesce in water, lit orange by a falling sun. Spanish moss becomes curtains. The night is black but for small, desperate shoots of candle light. We acquire a sense of these places, perhaps not in reality, but as haunted grounds. They are not splendorous white mansions, built upon plantations rich and successful. Rather, they stifle and they constrict, the beauty of nature sliding itself over Solomon and the other slaves like a cage.

But it’s not just in the locales that McQueen and cinematographer Sean Bobbit achieve richness, it’s in images of character and of more complex meaning. At one point, Solomon is left to hang from a tree. His feet barely touch the ground, which is muddy and squelches and slides beneath him. In one single shot, all around him other slaves emerge from their homes. Young children follow, playing while their parents wash up as though there isn’t a man hanging feet away from them. In a single shot, McQueen shows us how this has become mundane, and that this mundanity has been brought about by fear.

Later, after the death of an older slave, Solomon stands around his grave with other slaves. They begin mournfully singing Roll Jordan Roll. Solomon initially resists. Before he was a fantastic violinist, playing music he considered sophisticated to sophisticated people. The camera focuses on Solomon’s face as he relents, before finally giving in. First he sings quietly, then loudly. It’s a melancholic moment, his resolve finally breaking, finally forced to become one of the slaves and surrender his previous life and status within his mind. An earlier discussion in the film distinguishes him as a free man, while most other slaves were born into their work. This moment shows that barrier disintegrating, Solomon succumbing to the harshness and the brutality and finally surrendering.

Even more heartbreaking, after he is forced by his owner to lash a young black woman close to death and leave her forever deeply scarred, Solomon takes his violin out to the woods. This sole piece of comfort, that he played in New York to make a living and that has been the sole thing he has retained in his years of slavery. He breaks it, splinters it and throws it to the ground in despair. McQueen uses Solomon’s close relationship with music, as a sign of sophistication and talent and his career, to show how slavery breaks him and changes him. Having committed a horrible act upon another slave, Solomon destroys that one final link he had to his life as a free man. 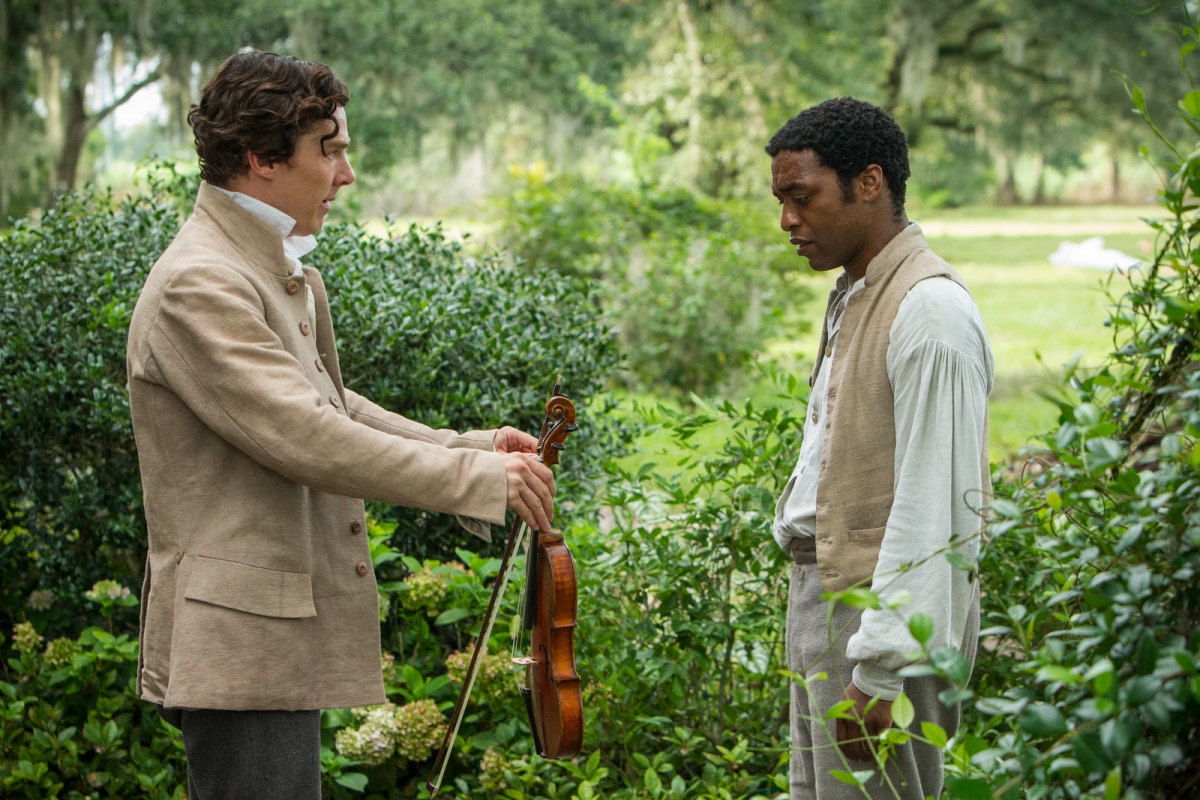 It’s with this subtlety and grace of personal emotion that 12 Years A Slave shows its importance. We aren’t simply given the facts of slavery, the dates, the people, the lifestyles, the systems. 12 Years A Slave is a film with the feeling of slavery, of despair, of hopelessness. It’s closest siblings are films like 4 Months, 3 Weeks and 2 Days, a film that was almost a thesis on how the denial of abortion is simply another way for men to oppress and control women. 4 Months allowed the audience to feel the terror of women having to illegally procure such an act in a male dominated world. With 12 Years A Slave, it’s much the same way. It isn’t interested in sitting us down and plotting out dates. It’s interested in hurting the audience, bruising the audience but evoking something in the audience: understanding.

When Quentin Tarantino, a few years earlier, was selling Django Unchained, he said that he had opened the discussion on slavery. That with his film, America could now talk about slavery. With all due respect to Mr. Tarantino, who is a fine filmmaker, the arrogance of this statement is astounding. Django Unchained is a fantasy, a cartoon, an exploitation film. While high quality entertainment, it will never be more than pulp, because it’s too eager to satisfy its audience. Will 12 Years A Slave open a brand new discussion on slavery? No,  since that has always been there. But what it will do is hopefully allow people to comprehend and, even though it will only be with a tiny sliver of their being, relate to the idea of slavery, of freedoms removed and years stolen. It is powerful not for how it illuminates the past, but how it draws us into it, how it makes us feel it.

And for that reason 12 Years A Slave is the most important film of the year, and it deserves to be remembered and viewed for decades to come.