Taylor Hidalgo lives in a cold uncaring world, but wants to care all the same.

Her voice is mechanical, blithely confident and utterly mocking. The only other sounds are the brief whumps of spacetime reforming and the gentle rapping of metal struts on white tiles. Every chamber completed is another sarcastic, dry monologue punctuated by bitingly sarcastic praise. Every labored breath and pained grunt is just more fodder for the incessant taunts and cruel jeers of an uncaring machine. Even when the whisper of an emotion creeps through, it’s little more than scorn and displeasure. Only when her metal shell is unraveling and her very voice slims to nothing, GLaDOS is at last silenced.

Disinterest, condescension, displeasure, aggression, rage, panic and then, ultimately, silence. GLaDOS is the voice, body and soul of Portal. The dynamic of the game is interesting: without the tauntingly cold, then hauntingly human character of GLaDOS, its atmosphere would have been largely without connection. The puzzles were all competent and made intriguing use of the portal mechanics, but lacked the empathetic connection that GLaDOS provided. It was interesting that the human character was so much more machinelike than her mechanical foil.

To point, by the end of the game, players could empathize much more with GLaDOS than they could with Chell. The quiet desperation contrasted so starkly with the arrogant teasing and dismissive attitude of the disembodied voice attached to so many cameras. However, GLaDOS’ behavior, while being the human element, actually rallied to Chell’s favor. Players largely teamed up with Chell, if for no other reason than to prove GLaDOS wrong. Every line of insulting rhetoric provided the player another way to prove her wrong. In that way, players could very easily connect with Chell. In that way, GLaDOS’ powerful and commanding presence was all of the humanizing Chell needed.

Connection between a player and character is the foundation for dramatic tension. Actions and consequences are built on the expectation that the player actively desires a positive outcome. Without that connection, that desire for success, or some semblance of emotional empathy, the trials a character goes through are arbitrary. The purpose to the story lies in player investment, and without that personal connection, the investment never manifests. 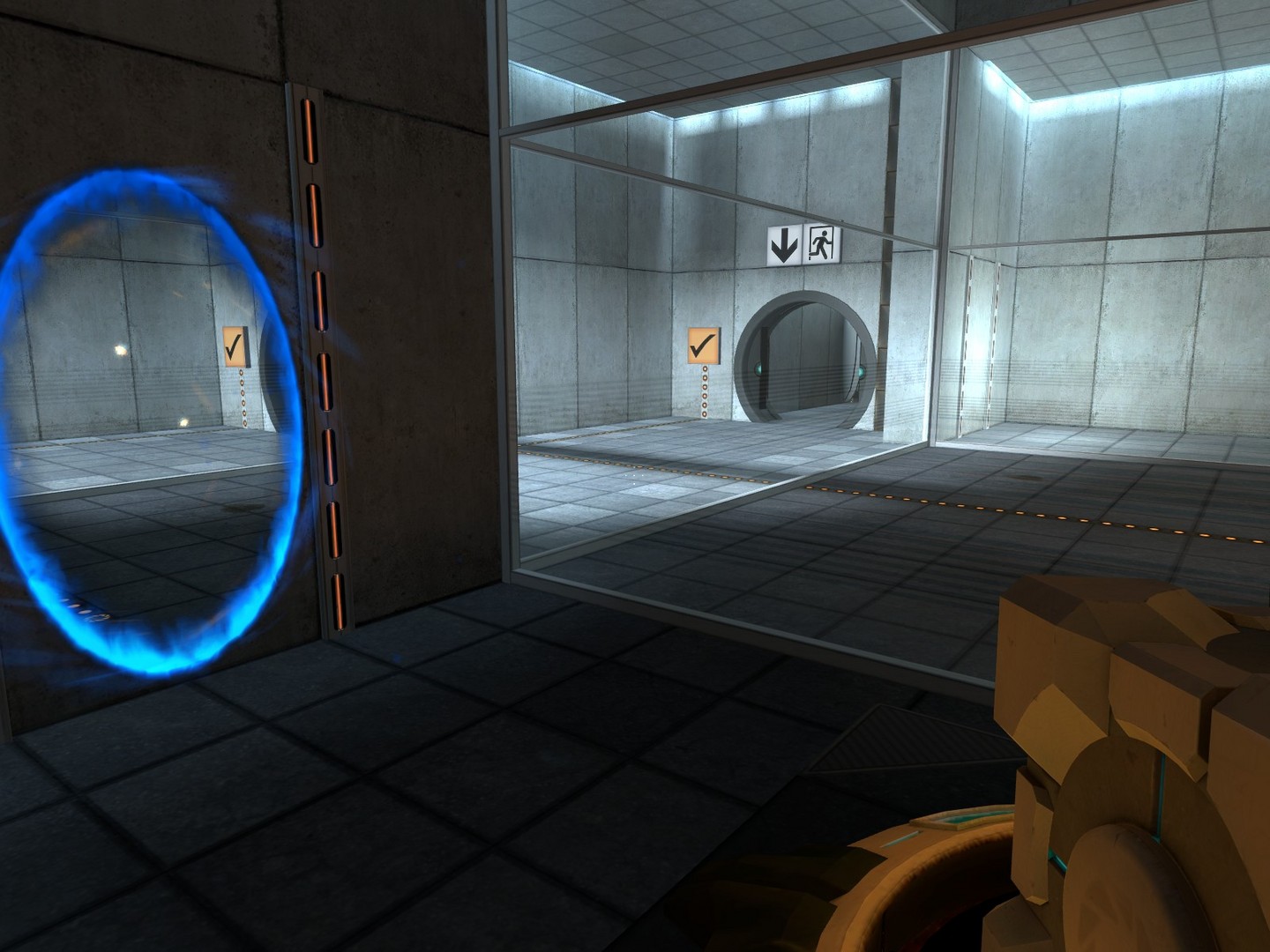 Every stumble, every trip, every fumbled portal or mistimed jump represented another deep breath, another rally followed by one more attempt. Collectively, each of these trials add up to something grander, a triumph of the human spirit. Of sorts. It’s unusual, then, that this camaraderie comes with a character who has no character. No dialog, no interactivity, just the occasional guttural utterance. GLaDOS, however, proved to be just the right level of antagonistic and empathetic to endear a silent, distant figure to become not just a living, breathing person, but also another soul.

Without the voice of GlaDOS, Chell would have been a very different character. An inexplicable, amnesiac mute throwing herself into dangerous situation after dangerous situation for the benefit of red-lit cameras and a vacant sense of progression. Occasional fits of static from nearby radios, holes in the sterile chambers filled with the scribblings of a paranoid schizophrenic and the innocent sound of child-like androids that sing with pleasure before dealing out death.

Mechanically, it would be a game about experimentation. Every death means little more than one more respawn. An effort in trying the mechanics until something sticks. It would be a functionally competent game, but an emotional void. No real interest in events, no investment in success or failure and not enough atmosphere to be any more compelling than going through a digital jungle, gym or obstacle course. It would have no story and, by extension, no emotional connection.

Without that connection Portal would be a lesser game. A much colder and more uncaring game. As empty as the sterile hallways of Aperture, devoid of any humanity. Even from Chell.