Off the Grid: Unavowed

Allison Winters isn’t sure about most of her choices.

Unavowed is a game about hard choices and how they affect the world around us. It throws the player into nasty situations and forces them to make life and death choices about fantastical creatures that we are just now learning exist. The game is not here to say what is right and what is wrong, but instead asks that you stand by your decisions. Every side can be justified with no real right answer. In the end, it’s about taking responsibility for your own actions.

The player is thrown into the story a year after their possession by a “wicked spirit,” and leaves them to pick up the pieces of the horrid deeds and actions they committed while possessed. You are saved by supernatural hunters, Mandena and Eli, and brought into a small group called the Unavowed who investigate supernatural forces that spill over into the human world. There has been an increase in said spillage due to the wicked spirit. However no character resents the player for their past as you are taking the responsibility of cleaning up the messes you have indirectly caused. Being forced to answer for your actions—and not falling back on excuses—comes up time and time again in the game, your choices invoking different responses from your companions and affecting both the mundane and supernatural worlds.

Over the course of Unavowed you run into a variety of humans and supernatural creatures you can choose to spare or to snuff out. How you justify your actions is up to you. Maybe you crusade against the supernatural out of a sense of human superiority, or simply to protect the world from something dangerous. Or maybe you sympathize with the supernaturals: they’re just doing what comes naturally to them, making promises that they may or may not honor later. Maybe it’s not so ideological and you’re purely steered by anger or sorrow. How we choose is brought up often, even in the final confrontation with the Big Bad, who throws all of our choices back in our faces to shake our resolve. 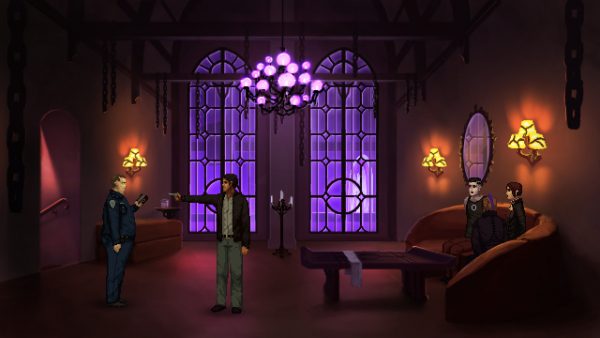 In the end, I couldn’t stick to one single approach to drive my decision-making. I let a Dragon die to help a boy I had hurt deeply to buy back the only connection he had to his parents. Another time I sided with the general of a merperson army who was desperate to save his people from a futile war. Near the end of the game I was given the chance to save Eli’s descendant from years of persecution at the cost of killing a fairy, and by god I seized it. Were these the right decisions? To me they were. Unavowed bares its guts to you in such a raw fashion that every decision and every death, whether it be before your investigations or ones you deal out yourself, has real weight to it. The cast treats each and every death with a somber mood and reflects on them in the days after back at your hideout. This gives the feeling that these events are sticking with the characters.

The group of characters I called friends have had it equally rough and their experiences brought depth to them that made them feel like real people. Eli leaving his family because they would only be drawn into dangerous situations due to his powers breaks my heart. Logan’s struggles with sobriety and finding meaning in his brother’s death elevated him from onenote street smart guy to a compassionate and trusted companion. The other characters I met along the way, whether they were human or spiritual, all felt like people struggling with their own problems. Those relevant to the conversations made valid points and no one is a strawman. If a character ever seemed like a one-note stand-in for a simplistic perspective, that was a clue something hinky was up in the neighborhood and dammit me and the Scooby gang here were going to get to the bottom of it.

As the game drew to a close and I stood upon a really messed up version of the Empire state building arguing with the wicked spirit, I was left yet again with a sacrificial choice but this time it was much more personal: my friends or myself. This was an easy call in what had been a game of hard decisions. Sacrificing myself for my friends, I let this spirit back into my body and tried working with it to make the best of a dismal situation. 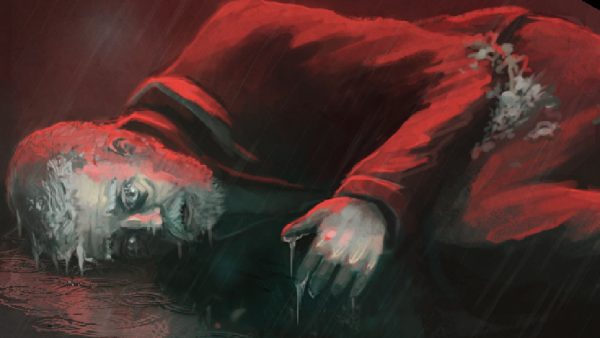 Unavowed is going to stick with me for many months, and will probably be responsible for at least a few good sobbing fits and maybe a few good thinking fits as well.