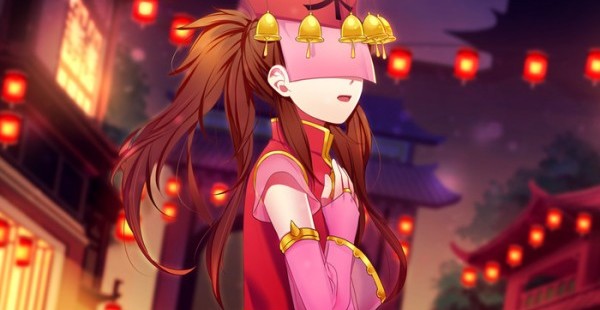 Off the Grid: Cursed Sight

This is the part of the review where I stumble through some low quality jokes before somehow linking back to whatever I was supposed to be talking about. However, since Cursed Sight is rather different than what is usually covered around here, I need to switch up this intro as well. As a visual novel, Cursed Sight is rather hard to discuss without spoiling the story. That said, after this paragraph it’s spoiler country. If you just want to know if you should buy it or not then the answer is “yes.” As a well-told story with minimal interactivity, it’s a good first visual novel if that’s what you’re looking for. That’s my short opinion; if you want my long one then read on.

When playing a visual novel the player is often relegated to a somewhat passive role and is there more to experience a story. Sure, some games like Analogue: A Hate Story let you control how the story flows. However, Cursed Sight opts for simplicity with very little chance to deviate from the written path except at key points near the end of the game. That may be a turn off to visual novel fans who have cut their teeth on more complex dating sims and the like, but it’s an engaging enough story on its own that the lack of oodles of choices fits into the bigger picture. The only thing I did miss was the inclusion of a backlog for the text. It’s mostly a personal preference, but I like to be able to look back quickly if I miss a line.

We are put into the shoes of Gai (I know it’s a lazy name; just roll with it) as he grows up a slave in a vaguely Chinese temple serving the country’s greatest treasure, Miyon. Miyon has the titular sight that can kill anyone who sees her eyes, and as a side effect she can perform spells that affect the future. Eventually they both grow and deal with the hardships that life has given them and find ways to use their power for the greater good. The remainder of the cast is given the feeling of being well-rounded characters to reinforce the idea that people are complex and not as they seem. It’s less depth and more “here are two character traits per person that conflict; look how complex this person is.” 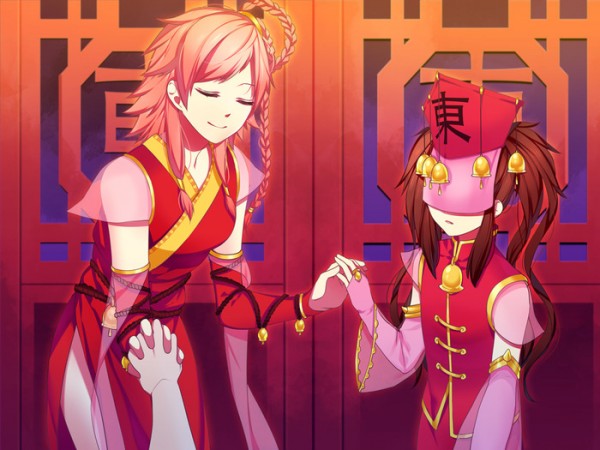 Despite this, the only real annoyance I have about any of the characters is with Gai. He starts out the game at around eight or ten years old, but he has the snark of a child of at least fifteen. I feel like he’s too young to be that sarcastic; I know life experiences change us and whatnot, but I don’t think I’ve ever seen a child this snarky. It takes me out of the game somewhat until about the midway point, when the game timeskips to him at seventeen. Once there it felt more in line and his sarcasm felt more believable, which helped me focus on the story more easily. Some may find his wisecracks annoying, but for the most part they work.

The places where the story deals with the idea of change is where the game really shines. The first half of the game is spent with Gai as a child and his experiences in the temple with Miyon. We get glimpses of how hellish life is for these two, with Miyon being a prisoner in her own home and Gai’s life as a slave. There are bright spots in this section, but they do nothing more than distract from the harsh reality. You have no options to chose from; you can only click ahead until the timeskip. Once this happens you get to the part where Sawa, the woman who helped make Gai and Miyon’s childhoods bearable, dies. This is when the story starts picking up as the two attempt to grow and change, facing a loss of innocence, and the degree to which you choose to change affects your ending.

The first ending is an almost absolute refusal to change and avoid the inevitable. Since Gai refuses to really make a decision, Miyon ends up forced to stay alive as a tool for their king, Lok. The other two “bad” endings hint at the bigger problem of the king being unable to move on from the death of his family. This leads to the final ending in which Gai and Miyon accept each other’s feelings and help change King Lok’s attitude through Miyon’s  final spell. The dialogue we have from Gai in each ending also drives towards that theme of change. He gets progressively less self-pitying and more confident as he tries to change. The endings become a little more hopeful, though still bittersweet.

Even with a more hopeful theme the game is quick to remind you that change is not easy and can even be too little too late. Gai’s eternally apologizing sister is unable to change and ends up dying with her love interest. The story can be somewhat melodramatic at times, but it tends to rein it just before it hits cheesy territory. The first and final endings are the worst offenders, as the former has this over the top suffocation scene where Gai, with no real indication that he would before, holds a pillow over Miyon’s face. Then the latter wedding scene comes off as weirdly happy and perfect in a story that up to this point has been fairly bleak. It’s evened out by its followup, Miyon’s death. Miyon’s death hits all the right notes: it’s dramatic without being overwrought, and watching Gai break down yet try to remain strong is rather heartwrenching. 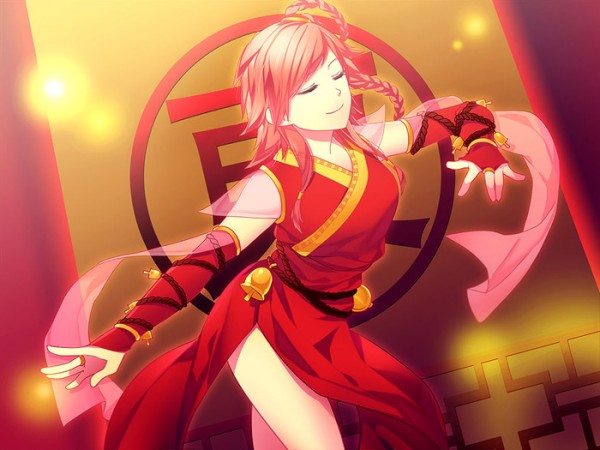 I’d be remiss for not mentioning the art, as this is a visual novel: the visual part is pretty important. They reuse some assets blatantly, such as this gaunt black figure that represents both an undead child and a specter that haunts Gai in an ending, but overall the art conveys what it needs to.The backgrounds are well designed if bare, leaving the description to the text. It’s one of those things visual novels tend to do, and knocking Cursed Sight for it would be like faulting a first person shooter for being in first person. That said, I don’t know if they were aiming for it, but Miyon’s eyes for the one scene they are visible are rather creepy. They are hidden for most of the game due to their killer nature, and the reveal is built up yet fails to deliver. Also to simulate running the game shakes the screen. Lazy, yes. Hilarious, also yes.

Cursed Sight is a game that ties itself up into a neat little package of bittersweet joy. I barely scratched the surface of what this game is offering. It’s the type of game that wants to be about something and succeeds, to a point. Cursed Sight’s lack of choice and deeper characters outside of a core few beilie a story that actually explores its themes of change and self sacrifice with surprising nuance. This makes space for it to be the kind of game that lets you reflect about your own life and what it means to you; despite its simple mechanics and occasionally faltering tone, it addresses its key themes deeply enough to encourage reflection. Those new to visual novels will find its simplicity welcoming, while those who’ve been around this genre will find an engaging story and fun cast. It doesn’t quite hit all the marks perfectly, but it does well enough that I can gladly recommend it.

Tags: Analogue: A Hate Story, Cursed Sight
← Art Tickles: Who We Aren’t Anymore
The Mind of a Storyteller →