Off The Grid: Away: Journey to the Unexpected

Allison Winters is on a bizarre adventure.

Away: Journey to the Unexpected certainly lives up to its title; I was not expecting half the events that transpire in this game. Things like a medieval castle aboard a spaceship, fighting flying robots off in the chilly tundra, or traveling with a mechanical bounty hunter across the desert. Away: Journey to the Unexpected is a colorful odd duck of a game that feels like the 80s/90s fantasy/fighting anime time forgot to make.

Right off the bat, it has a masterfully cheesy intro where we watch our protagonist fight weird creatures, looking as cool as someone with a two-toned mullet can look. It sets the mood perfectly for everything to come. Our hero is a ten-year-old armed with nothing but a stick and, through the power of friendship and never giving up, he’s going to save the world. He has missing parents, a trusty dog, and no qualifications to be on this adventure. We’re hitting every silly fantasy/fighting anime hallmark, and it has a charm that bleeds into every aspect of the game.

Away’s “rogue-lite” elements of coming back stronger each time with something new, be it more health or an upgrade to the almighty stick, invoke the old cliche of an anime protagonist being beat down yet still getting back up because failure is not an option. The hero’s stick somehow works well against everything, from slimes to giant death robots. It’s the versatile tool that may not be as flashy as the rest of the party’s powers, but makes up for it with reliability. It’s akin to something like Jotaro Kujo’s Star Platinum: not very special at first but doesn’t fall prey to over-specialization. 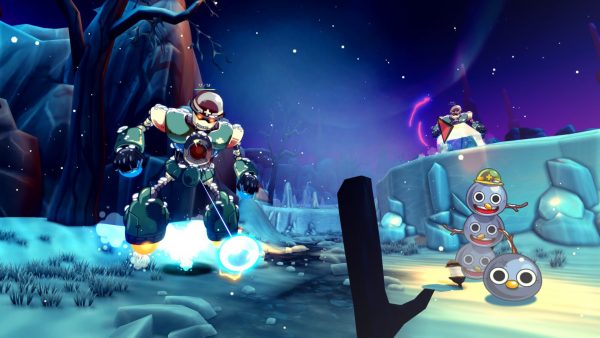 The friends you make along the way are all useful to the cause in their own way—from the fireball slinging old drunk to the aggressively violent tree person who attacks with explosive beehives. They each bring something to the table, be it raw power or, more often, range. They all have an energy bar that doubles as a health meter and mana meter, and once it’s gone they’re gone for that entire playthrough. However the run is only truly over if the hero falls. It’s never over as long as the main character refuses to give up. That, along with the fact that you can recruit old party members instantly on subsequent runs, plays into the power of friendship that fueled many anime back in the day.

Every character and enemy looks on loan from Akira Toriyama, albeit distinct enough to avoid copyright issues. Seeing as how most anime tend to reference his work on Dragon Quest anyway, the fact that the art wears its inspiration on its sleeve helps drive home that nostalgic anime feel. Friend and foe all are animated beautifully with cute designs that give them personality. The little slimes have hard hats on because they’re working in a factory, even the space knights wiping the floor with my face had a cute yet memorable design. Almost as if someone is going to draw little comics about them going drinking after work.

Sadly, Away has been raked over the coals unfairly by people not understanding what the game is. Someone going in expecting something wildly complex and challenging may be disappointed, as this game is short and simple. It bills itself as a first-person adventure, not a roguelike or a first-person shooter. That much is made abundantly clear by the store page for Steam. It’s out to give you a 90s anime adventure and that’s exactly what you get. 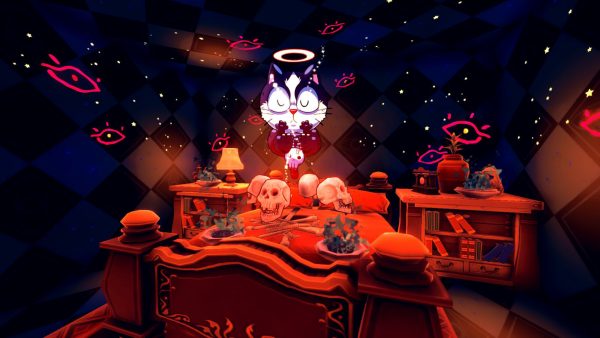 Away nails the tone and feeling of a silly 90s fantasy/fighting anime brilliantly using gameplay mechanics and beautiful art to draw you in and make you feel like intrepid kid hero of those shows. I felt right at home in this goofy yet beautiful world and I don’t think I ever want to leave.

Tags: Away: Journey To The Unexpected
← Opened World: With Strangers
Rain World and Indiepocalypse →