Videogames work to prevent their recognition, hiding amidst and throughout the endless fluff complexity compiled in the “feature lists” that dominate marketing campaigns. The breadth-first approach, emphasizing variety, must accordingly de-emphasise elements that might contribute to depth or longevity. Indeed, the former is argued to substitute for the latter: with all this stuff, in a world of this size, you will never run out of things to do. Regardless, the average rate of completion for a given single-player videogame is sufficiently low to suggest that for many players, at least, these games are mostly indeterminate. More important than reaching the ending is the promise that one exists at all. (Perhaps so many people were disappointed with Mass Effect 3 because they had forgotten what videogame endings are really like.) The equivalent indeterminate endpoint for multiplayer is derived from the obfuscated ranking system of the leaderboard.

Videogame play is more regimented by goals than ever before, supporting continual measurement of progress or productivity. Under the New Spirit of Capitalism, leisure is increasingly instrumentalised, yoked to quantitative targets that stand in for internal development or self-actualization. Videogame play, then, can be considered “productive” both as a pastime that (apparently) extends our cognition, and as goal-driven activity in fictional universes that reflect capitalist values. Every thing between player and goal, however useful, is a diversion. Their collective encounter produces agitation – emerging from the tension between goal attainment and the novelty of breadth – and so videogames become subject to a kind of rummaging: player engagement provoked by a single-minded pursuit of something valuable, meaningful, or at least relatable. The attitude that distorts the experience of each individual element is cultivated in videogames themselves. The uncertain quality of each new stimulus – loot drop, conversation snippet, optional objective, dialogue option, cutscene, that area off in the distance – contributes to the volumetric appeal of the trash mountain: a site of perusal, accumulation, evaluation, and disposal, in no particular order. 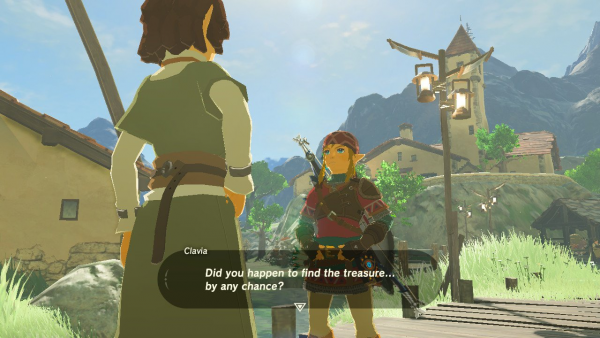 Nowhere is this more evident than in videogame text, where skim-reading is most directly opposed by input delay. Scrolling text affords button-mashing. This mode of engagement (and its motivating disinterest) is, however, further complicated – made uncomfortable – in the presence of voice acting. The pace of spoken words is (out)stripped by the reader. Proceeding by the rule of the latter forcibly breaks speech, a direct reflection of its conversational equivalent: interrupting and talking over another, motivated by the confident assurance of full understanding. But to engage in the alternative – to read, then wait for aural confirmation – is equally unpleasant; a recurring disappointment at the failure of an additional ten seconds to deliver revelation. The perceived cause alternates between videogame and player before settling into uneasy ambivalence towards the experience. A soft target that requires no further elaboration. “It wasn’t for me.”

The low probability of value associated with each instance of extraneous material (common loot, repetitive explanatory dialogue, fetch quests, false choice) transforms play into a prolonged state of deferral; satisfaction is expected more than experienced. Unsurprisingly, these variable ratio schedules dovetail with personalized, metric-driven development practice: behavioral manipulation in a way that’s right for you(!). Design is caught up in another tilt at pleasing everyone, turned into putty in the hands that grasp at the controller. Always welcome, and always the right player – the ideal player. In any case, there is always something else: other games, other media, other domains – all more comfortable Monday night activities than curling up on the couch with ANATOMY and a nice red. Videogames, tailored to us and our abilities so as to limit misunderstanding or feeling inadequate. Above all, the player must not flounder, and so the girders that support confident appraisal must be constructed at incremental scale. In being accounted for, we are encouraged to feel unaccountable. Our responsibility towards the active maintenance of play is increasingly delegated to design(ers), or artificial neural networks, in attempts to reduce uncertainty; in other words, to make the problem of human agency tractable. 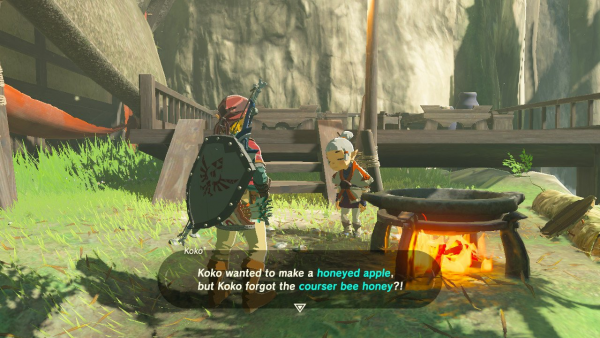 All this is not to suggest that players (as individuals, or an aggregated mass) passively accept our absent responsibility, even if its common manifestation in a desire to inflict themselves on Crucial Videogame Outcomes (as teenagers insist on their capacity for unsupervised activity) is somewhat misguided. Don’t we want to get into it, stuck in(to) it, be part of it, become it? Once satisfied – or, perhaps, once the flow of content seems to abate – being funneled to the conclusion signals (prematurely) that the game is already over, yet unrevealed but instead (and more vividly) extrapolated from the mess.

Videogames pull at competing mental functions, demanding attention and distraction in equal measures. Put another way, contemporary design optimizes for crisis – the risk of feeling overwhelmed – to drive engagement. Videogames absent crisis instead task players with picking up the slack, assigning us partial responsibility for our participation. The refrain “but what do I do?” – admittedly now somewhat of a cliché – hence suggests a dependence on shock: the player must be bombarded with stimuli for the normal, reactive, mode of behavior to present itself. The challenge of videogame design is to go beyond the management of stress. 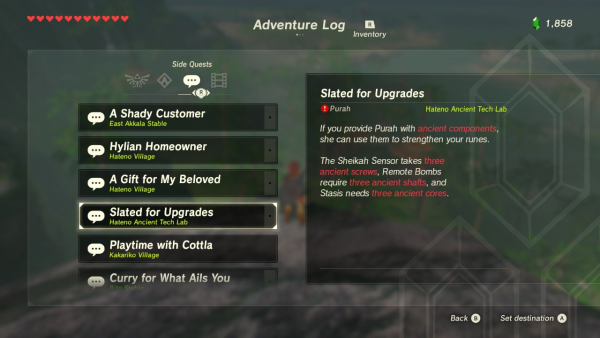 Tags: videogames generally
← Off the Grid: Octahedron
Due Diligence: Six Lads in the Woods →