Leigh Harrison no longer lives for the infinite money.

I’d always pop the infinite money cheat when playing The Sims 2. I never really saw the appeal of playing it properly – spending hours and hours clicking on a bookshelf to raise an imaginary stat and slowly work towards an imaginary career goal. I wanted that fancy new wallpaper right now, damn it.

I used cheats a lot as a kid, not to make games easier but to turn them into design tools. Before The Sims there was Command and Conquer: Red Alert: Retaliation on the PlayStation. I’d start up a local multiplayer game by myself, pop a cheat, and, knowing there was no threat of attack, build the most spectacular fortifications All Of The Money could buy. The same with SimCity 3000, where I could build a map-spanning metropolis without ever having to worry about the financial practicality of my designs.

With my limitless money in The Sims 2, I’d create palaces of opulence in the game’s faceless suburban American sprawl. Huge mansions that dwarfed the neighboring properties; graceless edifices of 24 rooms, three staircases, more bathrooms than beds, and 7 TVs per person. They were garish and unnecessary – exactly what a 15-year-old would build in the era of MTV Cribs excess.

With a house complete and no intention of interacting with the game’s mechanics any further, I’d quickly tire of watching my Sims haunt the halls of their mansions like unconvincing extras in a horror movie. One by one, I’d wall them into their own bathroom, alone and afraid, and wait for them to slowly expire, unintentionally recreating the events of Saw long before its twist ending had ever been spoiled for me – I forget by whom – one fateful day in the schoolyard.

This approach to building is admittedly very over the top. Beyond offering an insight into what my embarrassing teenage brain though was cool, my silly avarice shows how detached I was from the realities of life. I wanted everything, and was completely unaware of how unrealistically generous the game already is if you just play it properly. Each new character is given their own land and a modest budget with which to build a property, something that’s unheard of for all but the wealthiest people on the planet.

The first time I played, back in the mid-aughts, I scoffed at the thought of existing in a three room apartment, living as I did in a three bedroom semi-detached house with my parents. Skip forward to a few years ago, when I was a student, finally paying for things myself, and three whole rooms sounded like an unfathomable luxury.

Space, I think, is something that video games have made me complacent about. Because it’s essentially infinite in games, and be configured however the designers see fit, I’ve become accustomed to it having no real (estate) value. Ceilings can be as high as they need to be to look cool, and corridors can go on forever. And so I built my Sims’ houses high and filled them with shit I’d never make them use. When Cribs tells me the guitarist from Papa Roach lives like this, why shouldn’t Timmy and Jimmy Levesque as well? This cycle of flagrant excess only ended when my sister rightfully tired of The Urbz: Sims in the City on PS2, and became our family’s de facto Sims player.

In the intervening years, the tiny house movement has become big news. As average US property sizes have skyrocketed to ludicrous levels – 2,662 square feet (247.3 m2) is an embarrassment of space – some have sought to downsize and concentrate on sustainable living. Being British, I find the very need for a small and tiny house movement mystifying because we do not, on the whole, share America’s unchecked property size excess.

A #SmallHouse is commonly seen as being less than 1,000 square feet (93 m2), which is about the size of a £600,000 terraced house where I live in an up-and-coming (read: shitty) part of north London. A #TinyHouse – less than 400 square feet (37 m2) – is about two-thirds the size of my current apartment. The first place my wife and I shared was a tiny house, which in London is simply known as a good deal at £800 a month, 45 minutes from work.

Cultural differences aside, watching YouTube tours of tiny houses is an undeniable joy. The love and craft that goes into these builds is astounding, with most owners custom building every kitchen worktop and cramped shower-cum-toilet-cum-storage closet to their own specification. They are passion projects first, and cute, tiny, very livable houses second. 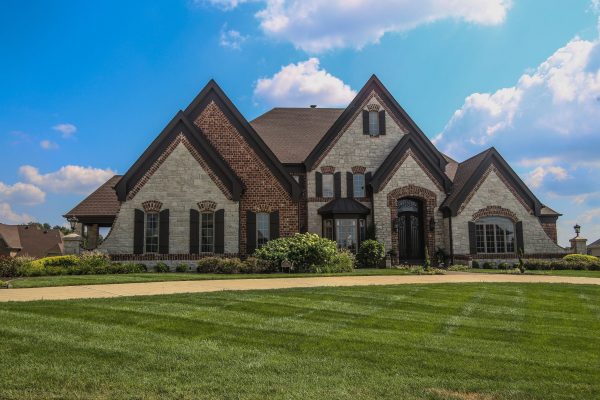 Carrying on this passion, Gita Jackson replicated the tiny house movement in The Sims 4 back in late 2018. Using all sorts of space-saving layouts, Gita managed to make a workable apartment from 15 tiles. This was essentially a single room with a bed, stove, worktop/table, shower, and bookshelf all neatly arranged to leave a bit of floor space for walking. It’s ingenious and the absolute antithesis of my teenage sensibilities.

Crafting concise living spaces takes time and thought, and her piece details the process of shrinking a house down to its bare minimum mechanical necessities. With some thought, it’s possible to build a place that provides a Sim with all they need to work, play and be happy, taking them from birth to death in just 15 tiles.

The official Sims 4 Tiny Living expansion, which came out earlier this year, isn’t nearly as strict with its take on the tiny house. It ups the tile limit to 100, which again returns us to the realm of a generous two bedroom apartment in London. But it’s the addition of space-saving furniture like Murphy beds that really makes the expansion interesting. Building a tiny house is all about maximizing space and creating multi-functional living environments through intelligent design. With these new tools, The Sims community will be able to create wondrous builds well shy of 100 tiles.

For me, my days with The Sims are over. I live the game now, and I play it properly. I cherish every wall in my apartment and love every kitchen cupboard and dodgy bit of plasterwork. I stand at my bookcase and work towards very real career goals, with the hope that one day I can secure the job of my dreams. Until then, I tinker and I improve.

My wife and I hung some fancy new wallpaper in our hallway a couple of years back, and I was so on edge that I stress-farted through the whole process. We bought a mustard-colored pouffe from the ‘60s at an antique market while on vacation. I carried it, in one of those blue plastic IKEA bags, across Scotland and England to get it back to London. 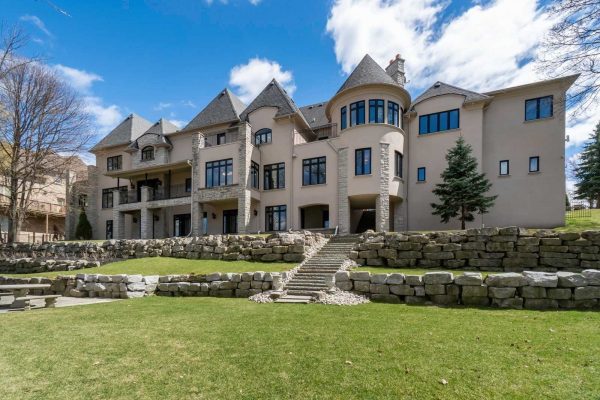 We’re conditioned to consume, and to a certain extent, I do. Lugging that pouffe 700 miles was definitely worth it. It’s beautiful and functional and we keep our crochet wool in it. I love my dining table, not as a piece of elegant furniture but because six people can sit around it for dinner. It’s only stuff, yes, but it’s not like I’m sitting on a haul of treasure in some decadent McMansion; it’s a two bed in north London, guys.

I just get a great deal of pleasure from looking at the handful of nice things I own, and it’s really as much about the stories that accompany these objects as the things themselves. Being able to have your mum and dad over for Easter lunch, as has been the tradition for a few years now, is a special sort of achievement. It isn’t hard-won or anything, but it’s deeply gratifying and one of my favorite times of the year. I’m an adult now and doing pretty okay at it.

It’s this experience and understanding I was missing when I played The Sims 2 back in 2004. As a kid, I had no concept whatsoever of the value of houses or the things in them. I built big because I could, with no real mind to what any of it meant, and I got bored because it didn’t mean anything. Piecing together furniture over many years, buying what I can when I can afford it, has brought some stability to a decade of working to make rent and then moving again once that rent got too high. Huge mansion, tiny house, London apartment: it’s not the place that really matters, but the things we put in them – and the memories we make there – that take a house and make it into a home.

Tags: The Sims
← How Oxygen Not Included Taught Me Environmentalism
The Righteous, Musical Violence of Ape Out →